Minnesota and North Dakota don’t generally pretend to be big rivals.  Both are very different, and their viewpoints on one another generally differ depending on what side of the river you’re on.  We share a handful of towns with the same name (Medina, Underwood, Golden Valley, Rogers, Crosby, to name a few), and some might argue that’s where the similarities end. Well that, and some damn cold winters.

But then you have a bit more of a curious situation.  The towns of Garrison, ND and Garrison, MN.  Not only do these towns share a name, they both sit on the banks of a huge lake (Sakakawea and Mille Lacs, respectively), and they both have a walleye statue.  And they both claim to be the walleye capital.

And here is North Dakota’s: 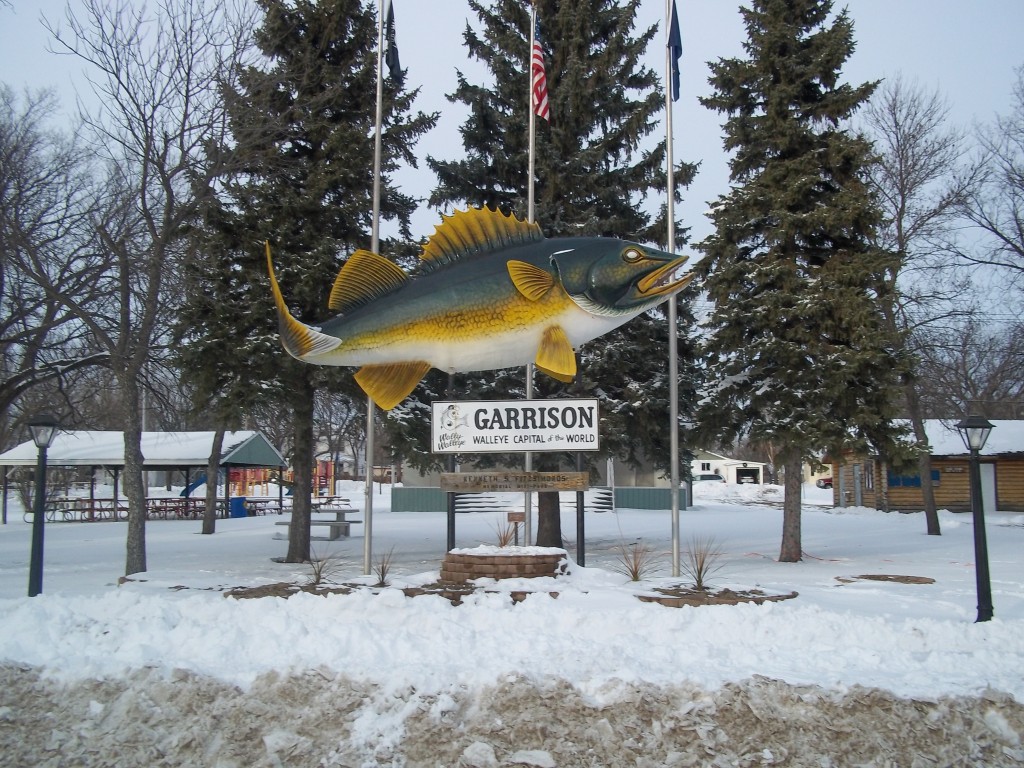 Other than the color, the statues are almost identical.  Now the big question remains:  Who had theirs first, and who let the other ride their coattails? Is it just as simple as that? Does anyone else find it a little odd that these twin towns are so damn similar?  Is this some kind of conspiracy? Okay, maybe it’s just me.

As it turns out, both towns are said to have put the statues up in the year 1980.  I couldn’t find exact dates… but something is a bit fishy about this whole thing.  Yes, that was a really bad pun. Turns out, people don’t really seem to mind all that much.

Either way, both are pretty cool little towns in their own right and have plenty to do for the outdoorsy type. Namely fishing. Garrison, MN has a nice casino just down the road as well, and Garrison, ND has “Charles Dickens Festival” each November. And then there’s the big fish too.