In front of the U.S. District Courthouse in Minnesota’s largest city, you will find a very unique setting. This ‘courtyard’ of sorts is actually a 50,000 square foot plaza featuring grass mounds planted with small pine trees – an oasis of sorts in a concrete jungle.  While downtown Minneapolis certainly has its charm, this little slice of green islands also features something more curious – the “Rockmen.” 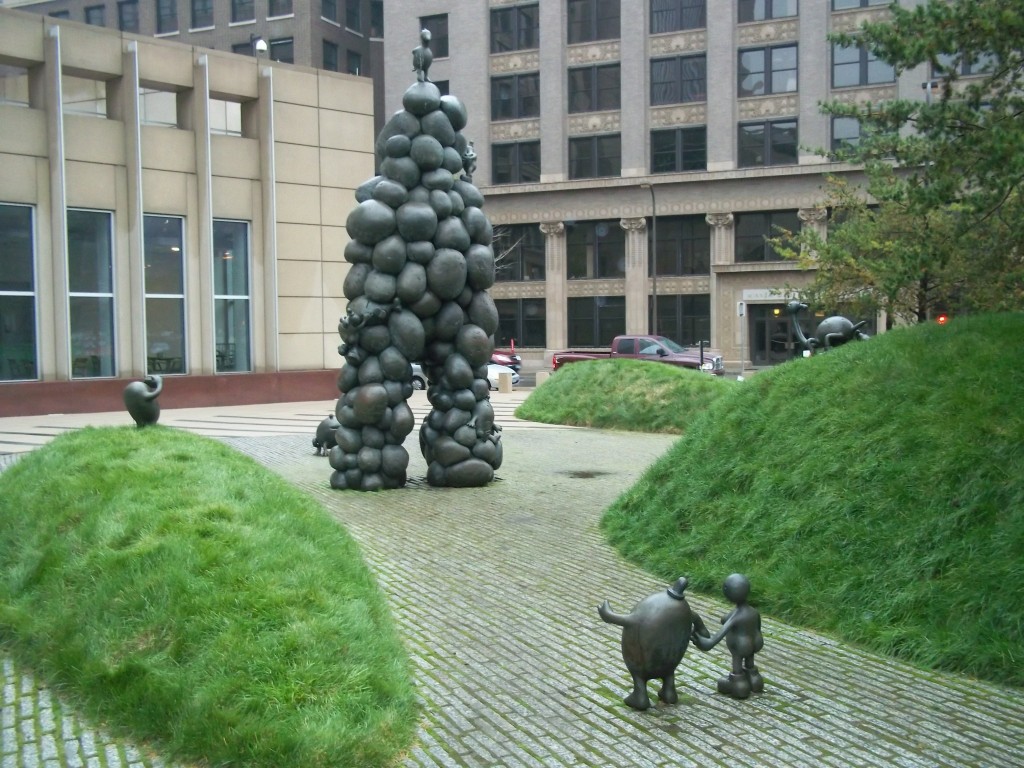 Designed by sculptor Tom Otterness and commissioned by the U.S. General Services Administration,  these whimsical little creatures are featured here in about 8 or so scenes.  Their general happy demeanor might even offset the impending feeling one experiences on their way in,  knowing what the federal judge behind those doors has in store for them. Either way, the little guys appear in playful scenes that contrast the austerity of the surrounding cityscape.

In the above photo they appear to be carrying one of their own, and below they are doing a bit of landscaping on one of the grass drumlins. 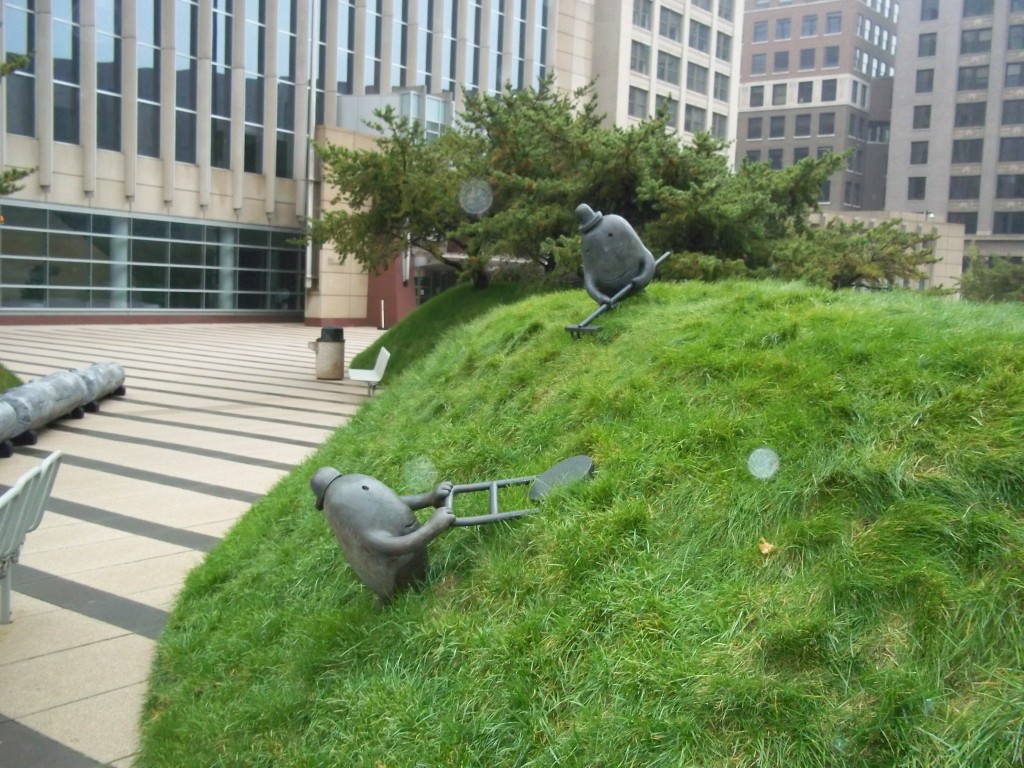 The US GSA’s ‘Art in Architecture’ Program oversees the commissioning of artworks for new federal buildings nationwide. Famed New York sculptor Tom Otterness was hired to create the quirky scenes which went up in 1997. The GSA is responsible for dozens of public works of art in cities all across the country.  The purpose is to showcase the artistic vibrancy of the city and add a touch of character to the often drab downtown scene. 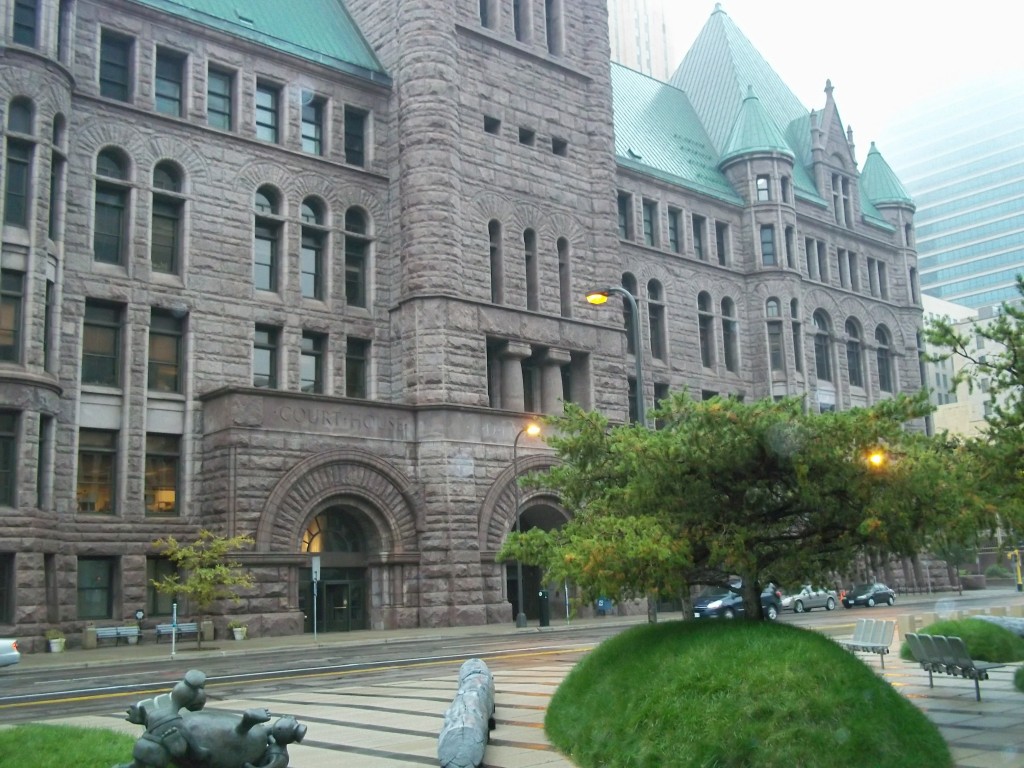 The Rockmen can be found across the street from the Richardsonian Romanesque-styled Minneapolis City Hall (above) and just down the road from many of the other notable skyscrapers such as the Art Deco Foshay Tower and the state’s tallest building, the IDS Tower. If you find yourself overwhelmed by the hustle and bustle of Minneapolis’ downtown scene, take a moment to sit and appreciate these happy little fellows who seem oblivious to the surrounding world.

While in the area:  Take in a show!  Just down the road from this site is the Guthrie Theater,  a critically acclaimed theaterhouse that features a 178-foot cantilevered bridge looking out onto the Mississippi.