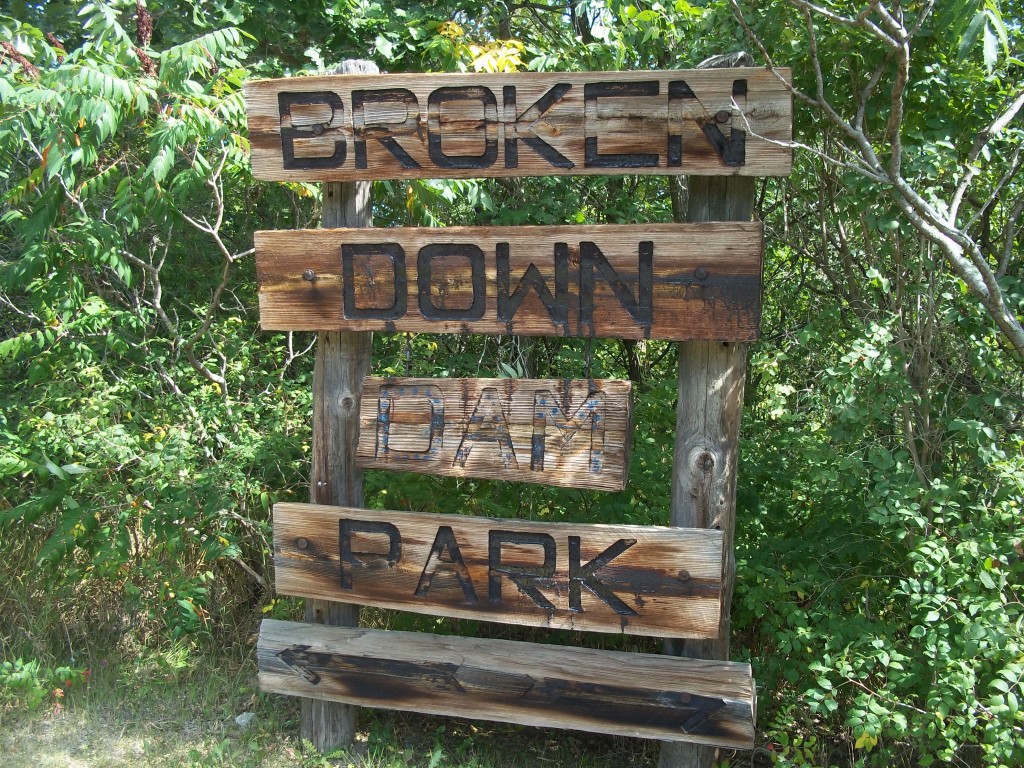 Another peculiar oddity in the town of Fergus Falls, MN is found a few miles outside of town at the end of a tiny dirt road. There aren’t really any signs other than a small handmade sign in the parking lot, which is basically a grass turn-around.  There are a couple trailheads leading from here, but they don’t really explain where to go.  But once you set off on foot, you’re in for quite the sight. Sitting in disarray on the Otter Tail River, is the Broken Down Dam. 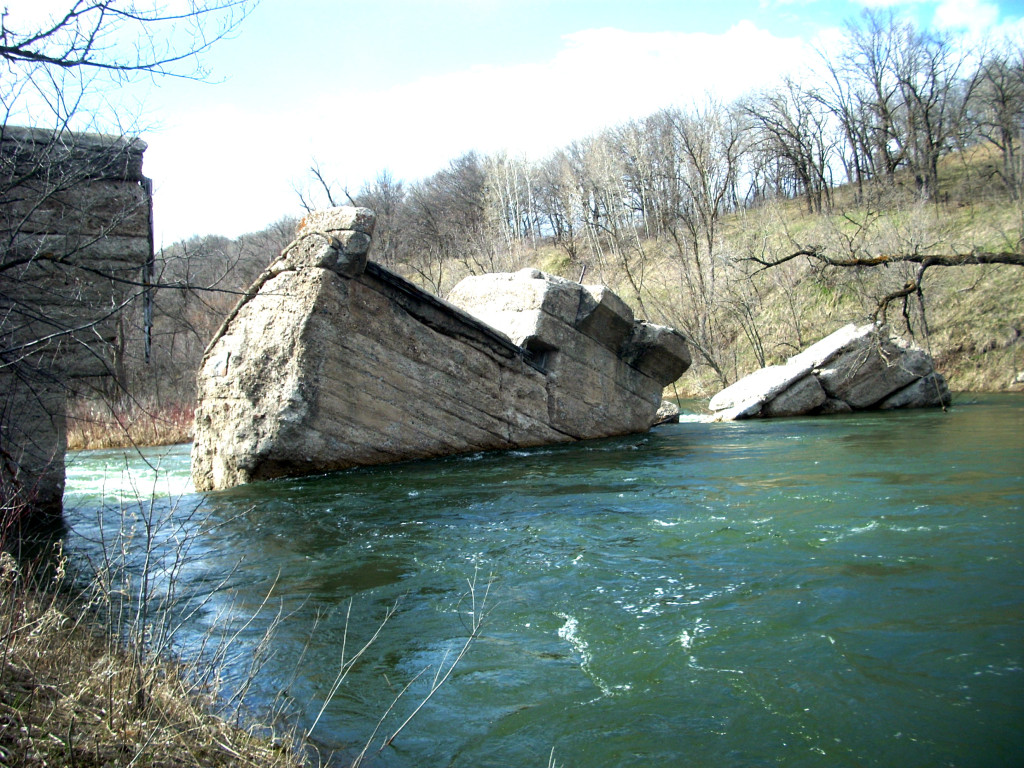 Back in 1908, some engineers built a dam on the river, unknowingly right on top of a spring. The dam was part of a hydroelectric station that provided power for the town’s electricity grid. Roughly about a year after it was built, in the middle of a September night, something went seriously wrong.  The power of the water in the spring washed the concrete out and caused the dam to crumble.  City officials warned the town of the breach and the lights went out. Four dams further downstream were subsequently washed out. Homes flooded and farms went under.  But no casualties though.  There really wasn’t much to do with the busted up structure except leave it.  And we’re glad they did. 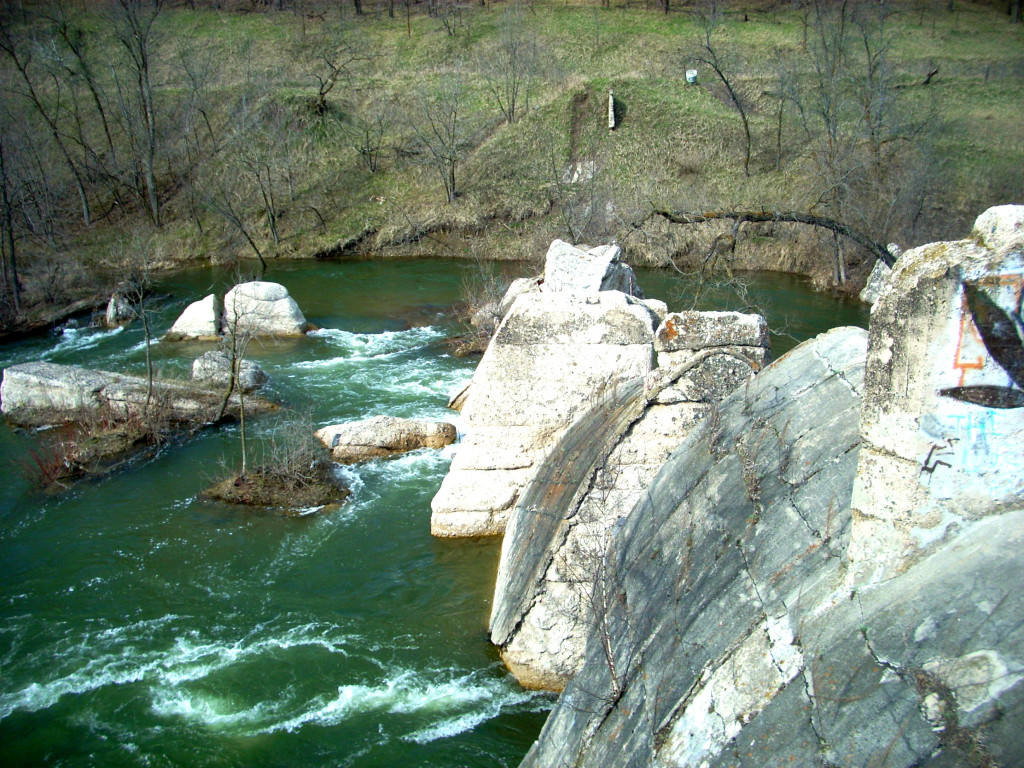 Nowadays it’s designated as a city park, but for all intents and purposes, it’s pretty deserted.  There aren’t really any signs for it, and it rarely shows up in any directories. Sure, local kids will occasionally hike down to check it out, fish, swim, or sneak a few cold ones, but nothing like the generations of yesteryear, who weren’t buried in their cell phones and actually played outside.  Regardless, the fact that it is so quiet and off-the-beaten-path is all part of its allure.  The giant concrete ruins lay haphazardly in the river as the water glides around it. You won’t likely see anyone else around.

While in the area:  Fergus Falls is home to the World’s Largest Otter, as mentioned before, and the Otter Tail County Historical Society & Museum is pretty cool. There is also the Prairie Wetlands Nature Center, as well as biking and snowmobile trails aplenty. And also, the Fergus Falls RTC.