Among all of the many, many unique towns in Minnesota, New Ulm just might be the most unique.  Seated in the scenic Minnesota River Valley about 30 miles northwest of Mankato, this heavily-German influenced town has all the look and feel of the old country, with the most notable structure, Hermann the German, watching over the citizens. 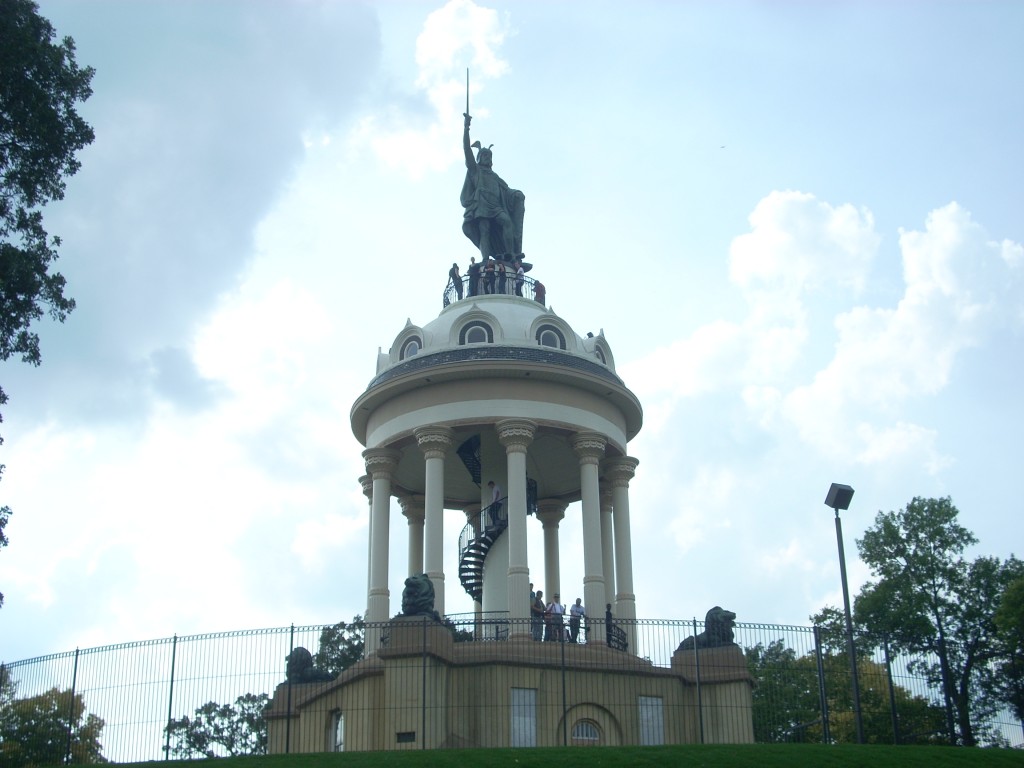 New Ulm was founded around 1850 by German immigrants who named the town after Ulm, Germany.  The town is full of unique buildings, restaurants, a glockenspiel, and numerous festivals which embrace German heritage and tradition.  This is an awesome, historic place that every Minnesotan should at some point visit.  But on to the German. 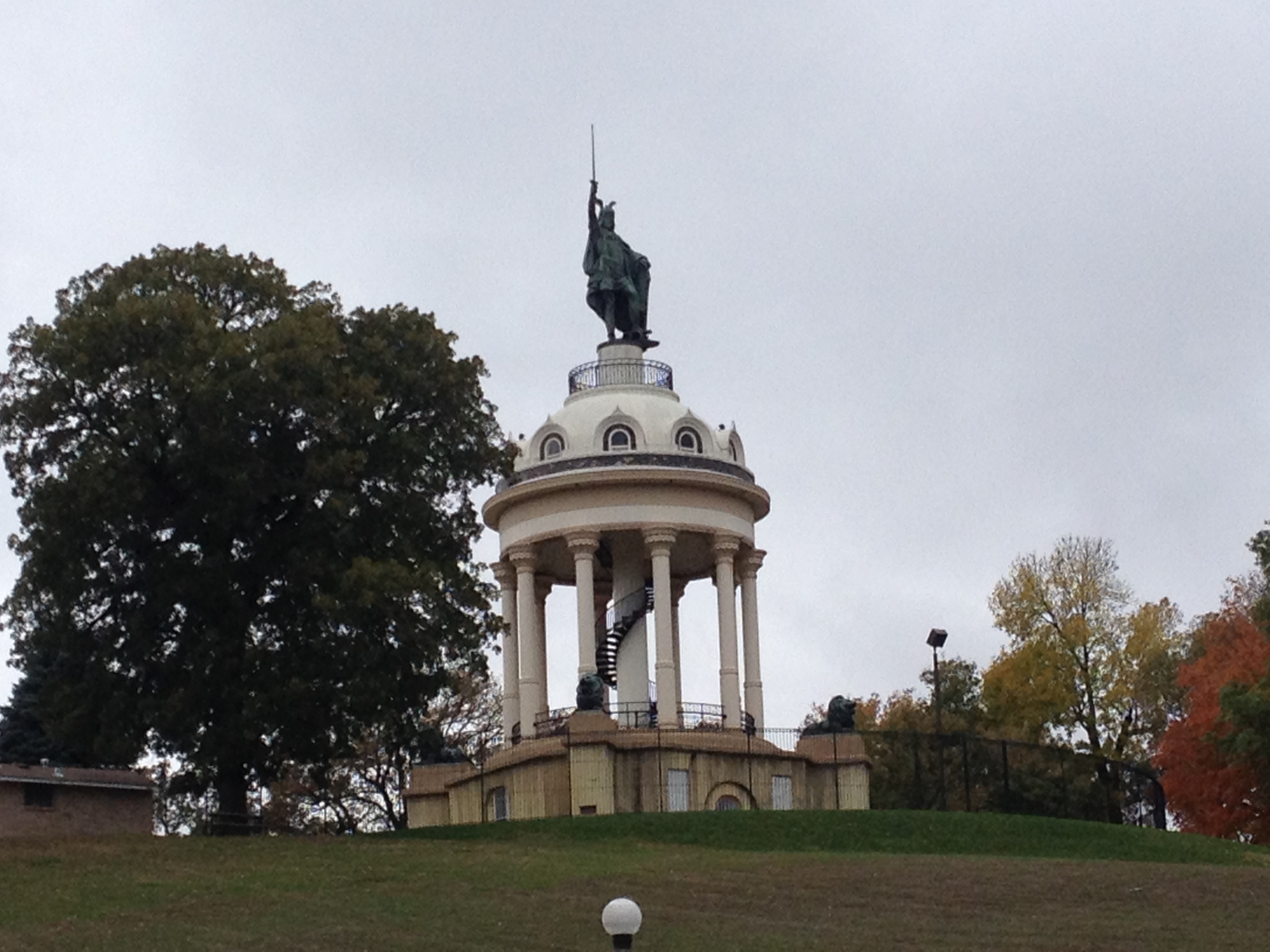 The Hermann the German monument stands over 100 feet tall on the top of a hill called Hermann Heights. The German warrior himself is 30 feet tall and the structure he stands on is over 70 feet. There is a spiral staircase to an observation platform at the base of the statue, which overlooks the Minnesota River Valley and the rest of New Ulm. The statue was constructed in Oregon back in 1890 and is a reference to the German warrior who led an ancient Germanic tribe called the Cherusci to freedom from Rome back in the days of Christ. 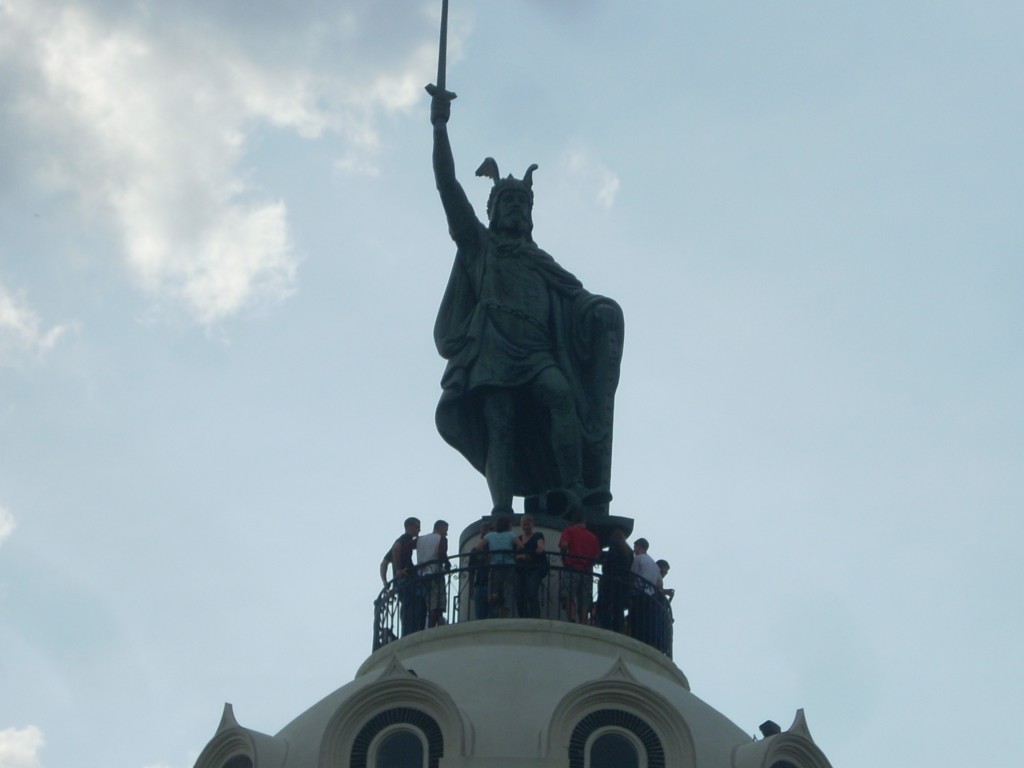 There are many reasons to make the pilgrimage to this town, such as the August Schell Brewing Company, the country’s second-oldest family-owned brewery.  Swing by there and house a Grain Belt Premuim after paying a visit to one badass German named Hermann.

While in the area:  Flandrau State Park is located in New Ulm, as well as the Minnesota Music Hall of Fame. Time your visit right in the winter and check out “Bock Fest,” a winter outdoor celebration at the Schell’s Brewery.