Another one of North Dakota’s best is found in between Fargo and Bismarck in the college town of Jamestown.  Made of pure concrete and standing 26 feet tall, this big beast was built in 1959 by art students in the local higher education establishment Jamestown College. It was given the official moniker “Dakota Thunder” in 2010.  The World’s Largest Buffalo is too good of a stop to pass up. 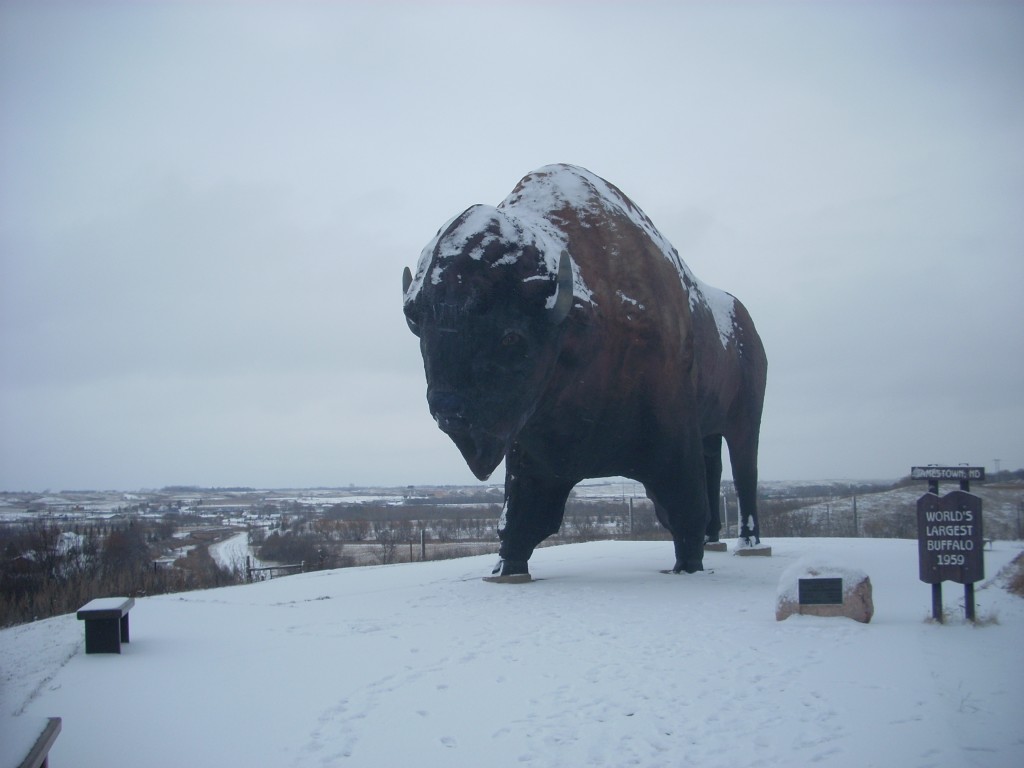 Frontier Village, where the big buff is located, is said to attract up to 100,000 people a year, but this might be in part to its unique setting as well.  Adding to the ambiance here is a Pioneer Village featuring dozens of old original buildings from pioneer settlements and ghost towns, as well as the National Buffalo Museum and stagecoach and pony rides in the summer months. The area also features a herd of live bison, including the rare albino, “White Cloud,” roaming about.  The albino is sacred to local Native Americans and is almost always seen separate from the herd.  White Cloud also has an albino calf named “Dakota Miracle.”

The huge buffalo statue is right at home with other fellow North Dakota wild game like New Salem Sue and the World’s Largest Sandhill Crane, both down the road on I-94. Much like Paul Bunyan in Minnesota or a huge fish in Wisconsin, the Buffalo is significant in its representation of the state’s history of vast herds of these things roaming the plains.

While in the area:  Plan a visit around St. Patty’s Day.  The annual “Running of The Green” bar crawl is an all-day event which starts up on the hill by the Buffalo and involves carousing about town to different establishments.  It’s for a good cause too.