For those of you playing along at home, we head to Vergas, MN this week with another post about an oversized bird statue in our great state.  Just down the road from the World’s Largest Turkey in Frazee and the Prairie Chicken in Rothsay, is the World’s Largest Loon on the shores of Long Lake, in tiny Vergas, MN. 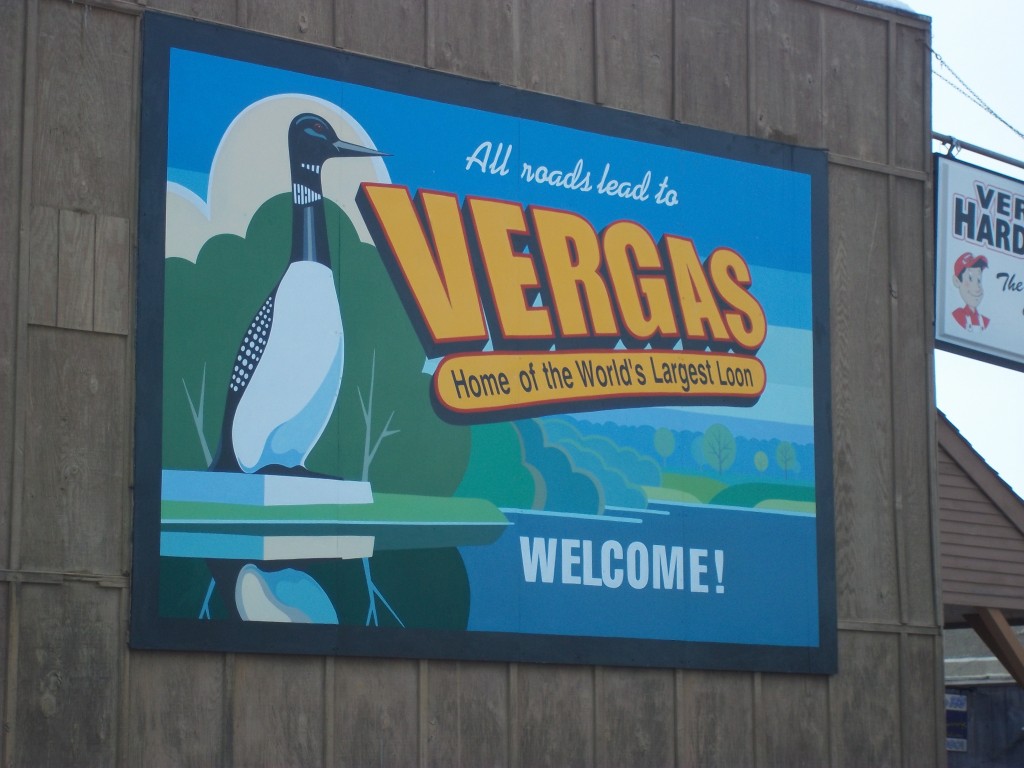 The loon, which of course is Minnesota’s state bird, is a migratory waterfowl commonly seen on most lakes in Northern Minnesota. They are known for their unique calls and one-pair-per-lake nesting habits. While beautiful to look at and fun to listen to, they are of course protected under state law, so keep your distance. But if you want to see a giant re-creation, look no further.  It makes perfect sense to have it here. 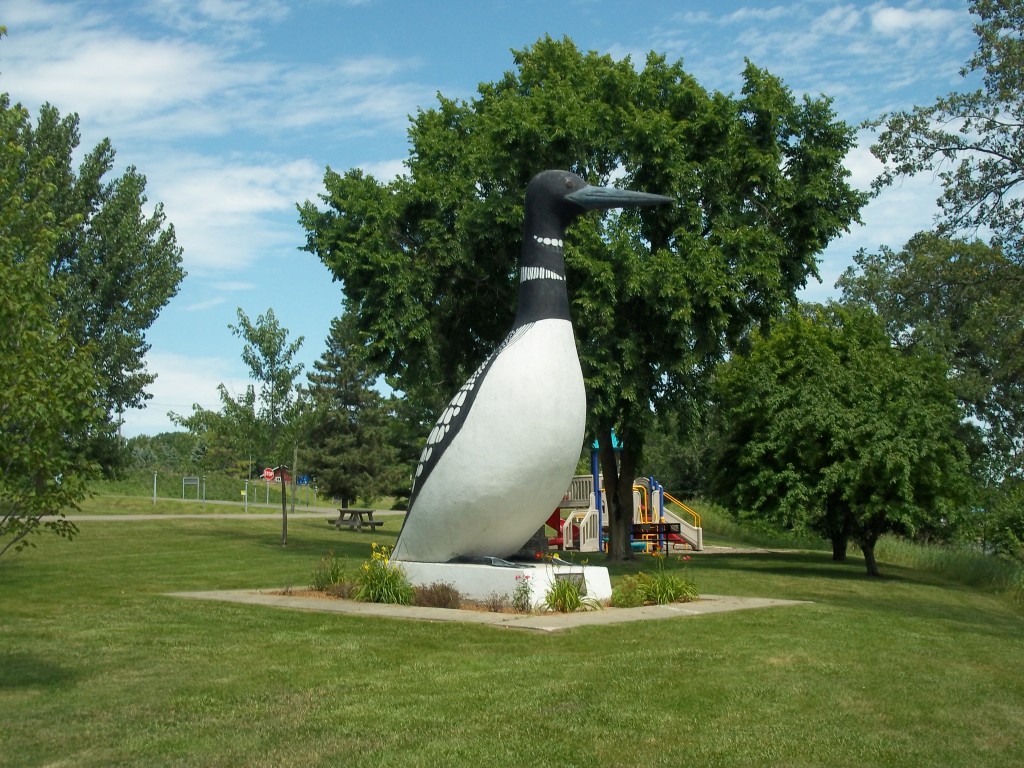 The World’s Largest Loon, standing 20 feet tall, was built in the early 1960s, with funds from the Vergas Fire Department.  A plaque on its base tells that it was dedicated to an old postmaster from the town’s earlier years.  The Loon is standing on the west end of the aptly-named Long Lake in a city park near a fishing pier and swimming beach as you enter Vergas from the North. The town is a popular tourist town in the summer for the lake vacationers but stays active in the winter from ice-fishers and snowmobilers.

While Vergas is home to the World’s Largest Loon and its annual Looney Daze Celebration each summer, it is not alone in regards to other statues of this avian variety in MN.  Virginia, MN, up on the Iron Range, has a large floating loon on Silver Lake in the middle of its town during summer months.  (I was even in Virginia a few summers back but the damn thing was taken out of the water for a parade or repairs or god knows what. I never got a straight answer.)

While in the area: Vergas is known for a legendary Bigfoot in a dense forest outside of town called the “Hairy Man.”  After a day of squatching, swing into town and check out the awesome Billy’s Bar and Grill!