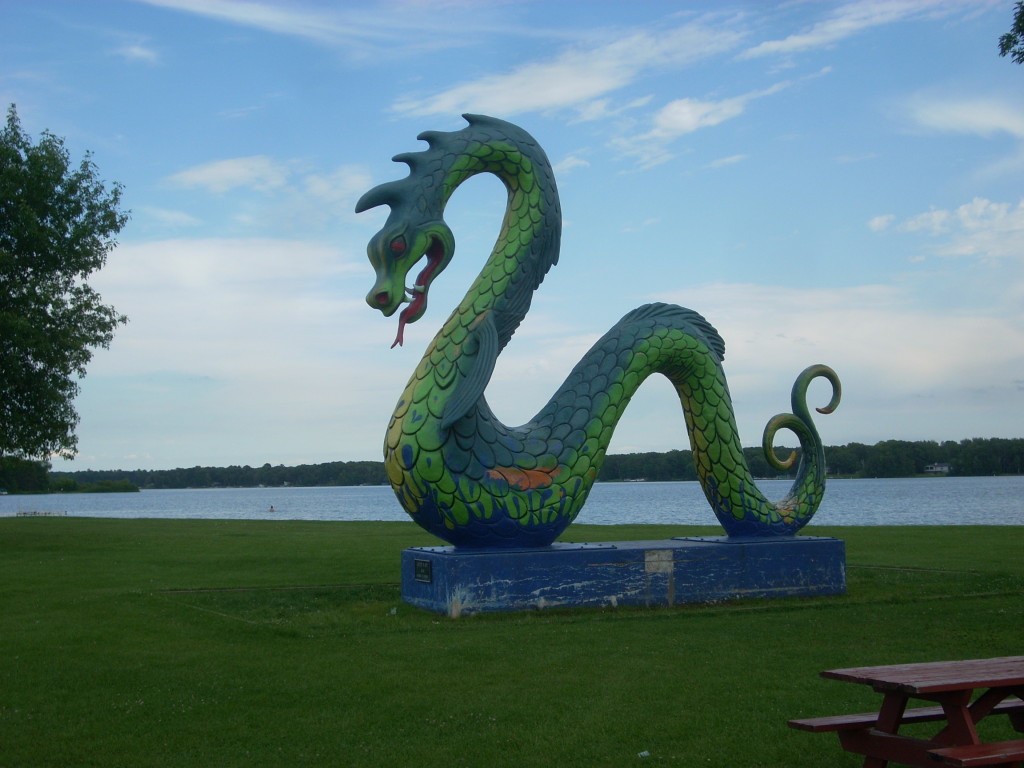 Crosby, MN, on the shores of Serpent Lake, is home to another odd and peculiar roadside attraction –  “Kahnah’ bek,” an Asian-influenced sea creature purported to live in the waters here, a la Loch Ness.The Serpent statue, built in Wisconsin at the F.A.S.T. Corporation, was hauled in June of 1977.  A year later, a contest was held to name the Serpent, in which a youngster came up with Kanabec, and that was that.  There are rumors that these waters are inhabited by a mythical sea serpent, but a more likely explanation is the shape of the lake led to its namesake. 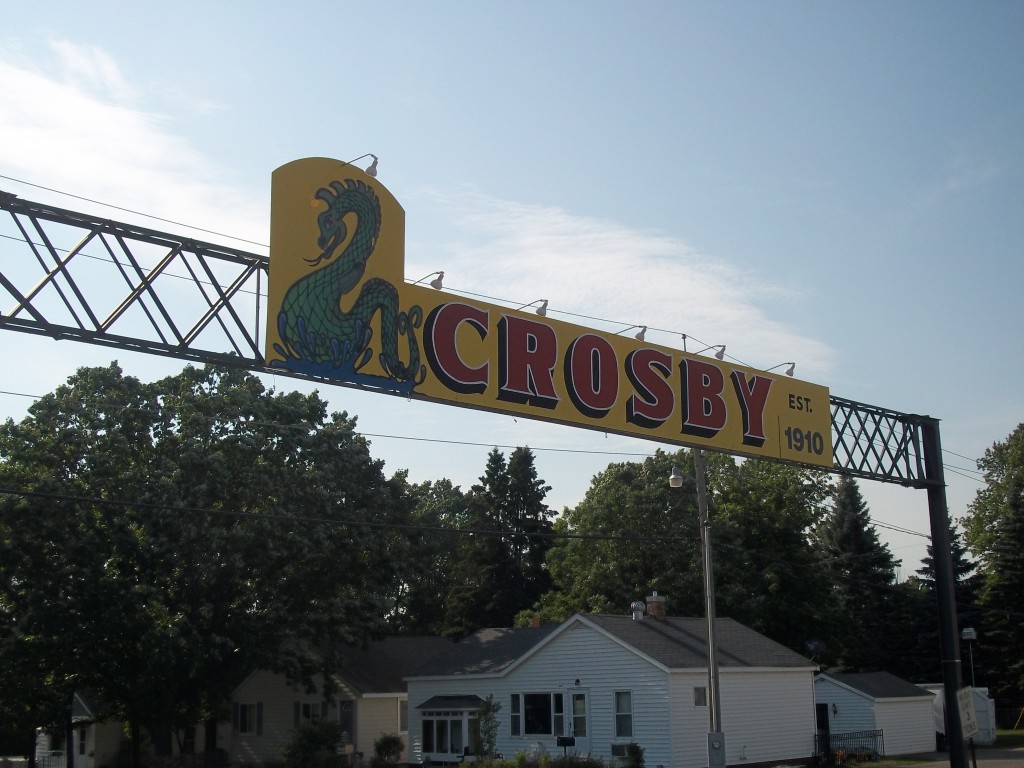 Crosby is a very touristy little town northeast of Brainerd with lakes everywhere around it.  The serpent is located in a city park right on the shores of the lake which is only a couple hundred yards from downtown.

While in the area: There is a lot to do around Crosby.  The Cuyuna Range, a series of iron ore open pit mines, offer some of the best scuba diving in the Midwest. Also here are the Cuyuna Country State Rec. Area mountain bike trails, and Crosby is known as the “antiquing capital of Minnesota,” if that’s your thing.