In west-central Wisconsin, where rolling bluffs and scenic valleys make up much of the landscape, we visit a homemade labor of love this week at HighwayHighlights.com.  The Wegner Grotto, built between 1929-1936, is a curious roadside attraction worth a stop.

The rock garden and grotto was built by retired German immigrants Paul and Matilda Wegner, who had no formal art training whatsoever. Although the farmhouse where they lived is gone, the location has been donated to the county for all to enjoy. It is now designated as a roadside park under towering pine trees and is usually pretty quiet, which is nice for an afternoon stroll through. Among the sculptures here are an American flag piece, a replica of an oceanliner, a prayer garden, and a “glass church.” 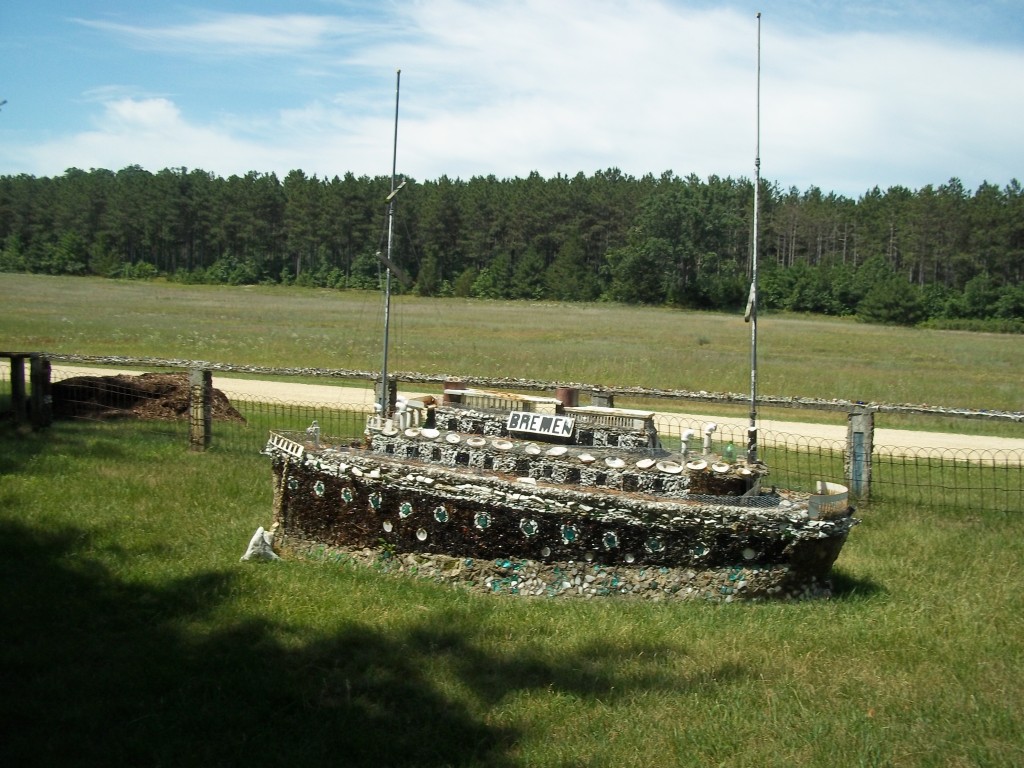 Like most of the items here, the ship structure is made from concrete with shards of glass and rocks and shells to give it a mosaic-type of appearance.  The 12-foot long ship is an homage to the Bremer, which is the ship the creators immigrated from Europe on.

There is a chapel in this grotto that can be used for weddings and used to hold religious services. In fact, Paul Wegner’s funeral was held in it when he died in 1937.  Apparently you can contact the county historians who will open it for you if you would like to hold your own ceremony here. 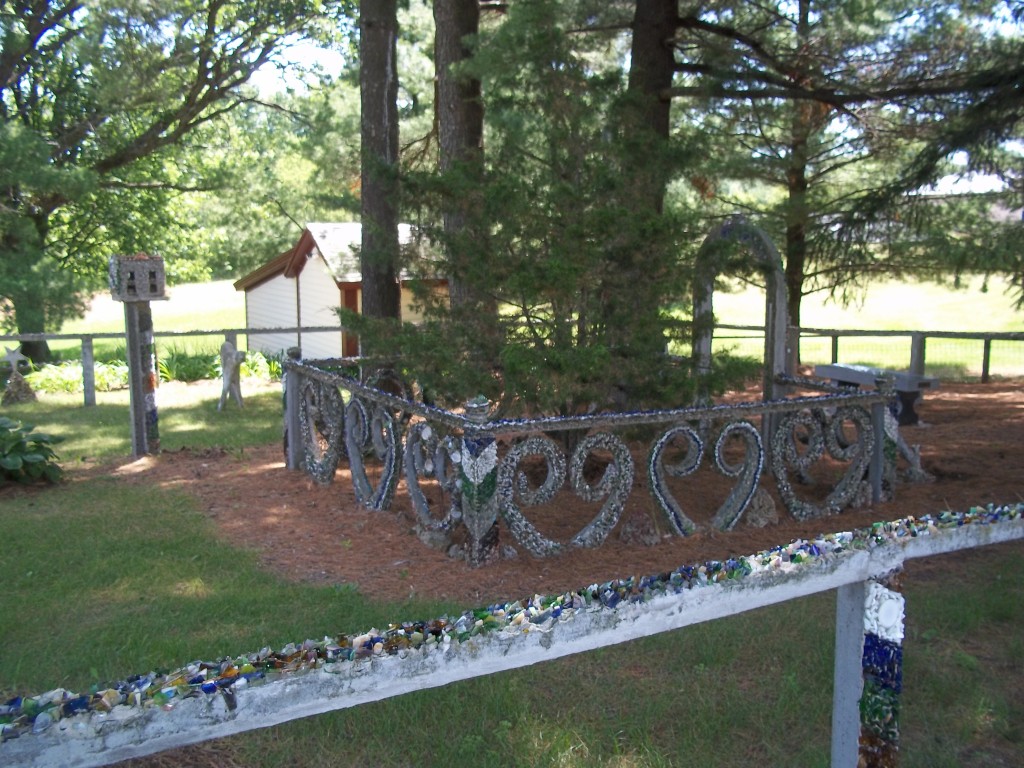 Pictured above is a prayer garden.  The park also features a replica of the 50th anniversary cake that was given to the Wegners.

In 1987 the facility was donated to the county who maintains it as a free-of-charge roadside park. It’s not a huge operation, but it’s in a beautiful area if you happen to be passing through this part of the state.

While in the area: Cataract sits directly between Black River Falls and Sparta,WI,  both of which are Wisconsin roadside attraction meccas. More on that later.