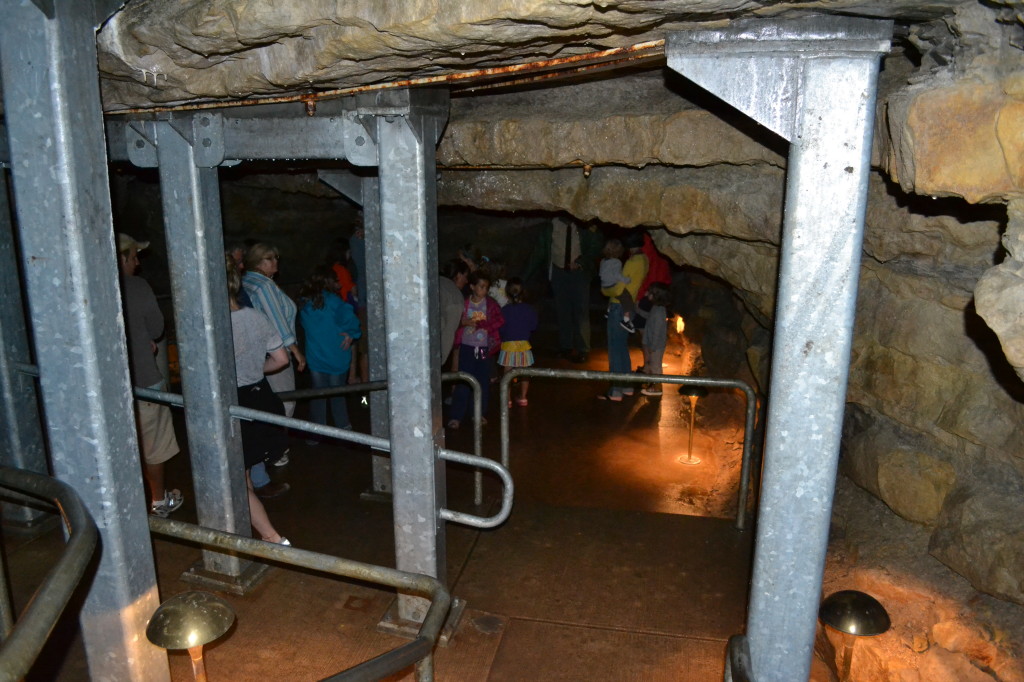 Mystery Cave was originally discovered by farmer Joseph Petty in 1939, who started giving visitors tours shortly thereafter. More and more tunnels were constantly being explored and discovered over the next several decades, and the cave system, as well as the land above it, were eventually acquired by the State of MN in 1988, who modernized it, adding walkways, doors, and lighting. They have definitely done a good job with preserving it as well as making it accessible. 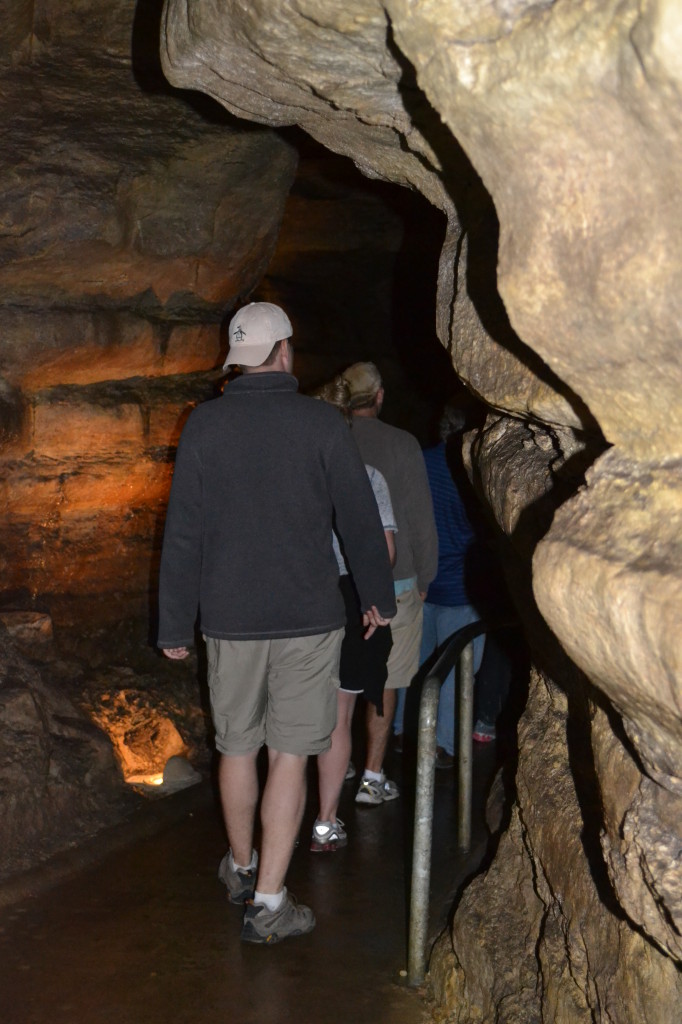 Mystery Cave features all the usual formations one would expect in a cave system:  stalagmites, stalactites, flowing water, crevices leading to god-knows-where. The tour guide points out different formation of flowstone, mineral deposits, fossils in the cave walls, areas that have yet to be explored, and the rich history of how the cave came to be.

The highlight of the basic cave tour ends with a view of “Turquoise Lake,” which is really more like a pond, which showcases the clarity and beauty of an underground lake.  There are several other spots where running water can be found, and The South Branch of the Root River passes through the cave, cooling the water to an ideal temperature for trout. 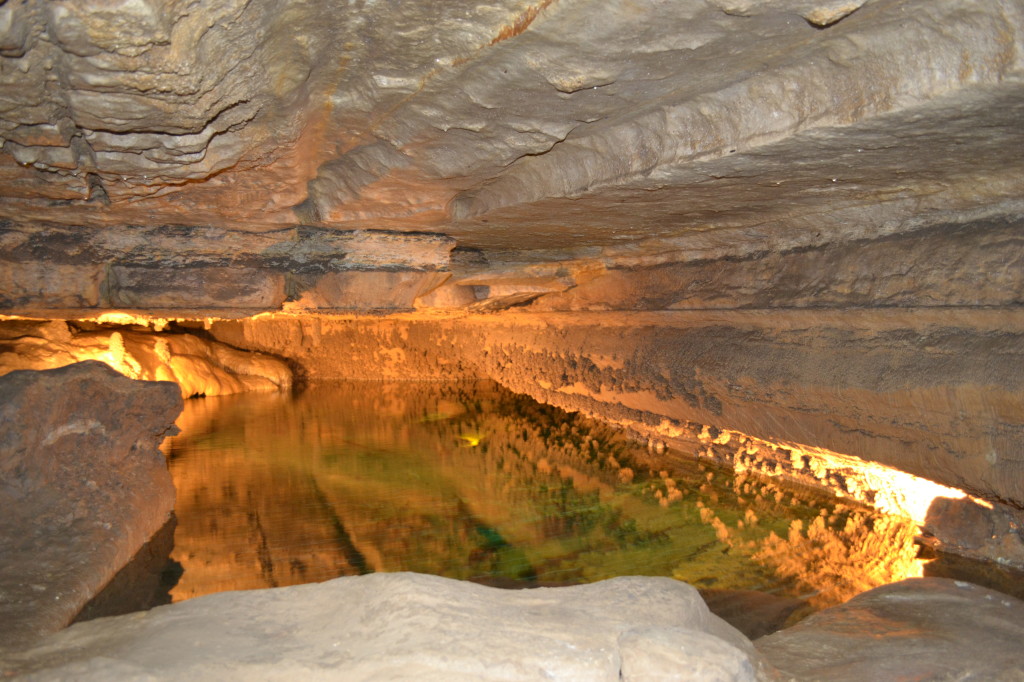 The cave is well-lit, the paths are paved and wheelchair accessible and the temperature is a year-round 48 degrees.  Which was a welcome respite from the 95-degree heat the day I was there.  The other tour options are a bit more “wild” and require some climbing and crawling. All in all, the cave tour is interesting and fun, running $10/person, during the warmer months. 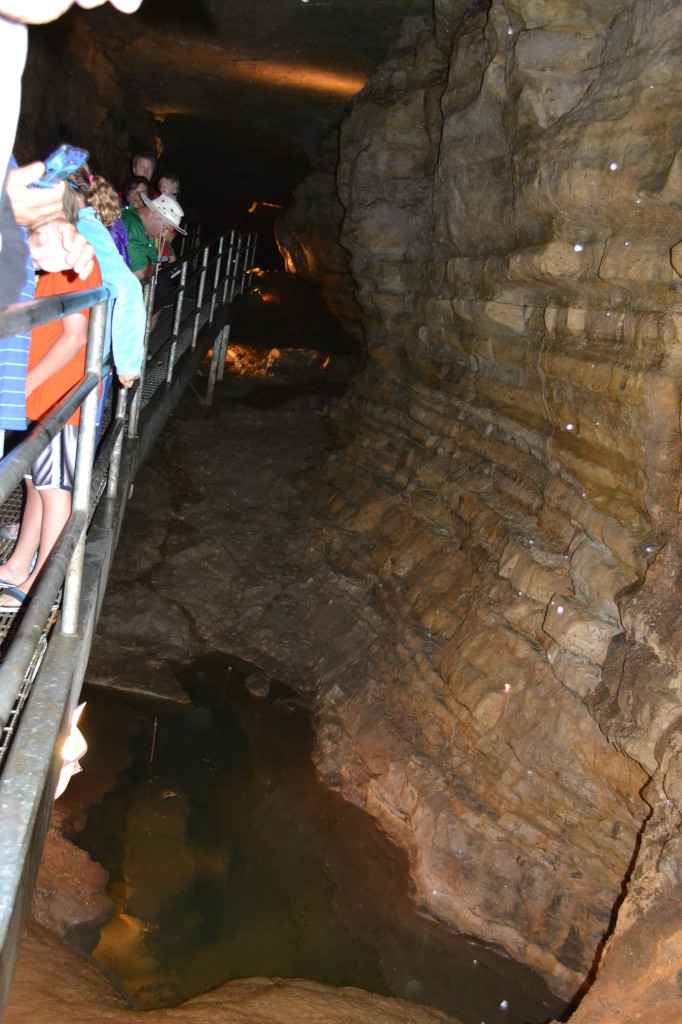 The Mystery Caves are about a 5 mile drive from the main perimeters of Forestville-Mystery Caves State Park, separate from the rest of the facilities. Forestville features an old historic 1800’s town with actors from the Minnesota Historical Society’s Living History outfit, which I have previously written about here. I would rank this as possibly the best state park in the Minnesota State Park System. Check it out and decide for yourself.
While in the area:  Obviously Historic Forestville, the dramatic Big Spring, trout fishing in the Canfield Creek, or hiking along the bluff ridgelines. Or maybe swing into nearby Wykoff and check out “Ed’s Museum.”

One thought on “The Mystery Caves of Minnesota”