Zumbrota, MN takes their covered bridge seriously. It’s a unique attraction with a storied history, painted in a deep maroon and spanning over the Zumbro River into Covered Bridge Park. It’s the town’s pride and joy.  Zumbrota’s welcome sign features a picture of it, the streetlight banners along Main Street proclaim it as Minnesota’s Only Covered Bridge, and each year they celebrate the Covered Bridge Festival in June.

This covered bridge dates back to 1869, where it replaced a regular bridge that was ravaged by a spring flood. Placed over the Zumbro River, the bridge was originally part of a thoroughfare that connected St Paul, MN, to Dubuque, IA, an important trade route at the time. The “covered” section was added about 3 years later. For a long time, it was the only way into town. It was in use until 1932, where it was then moved to the fairgrounds. In 1997, the bridge was moved to its current location in Covered Bridge Park, positioned about 100 yards from the original location. 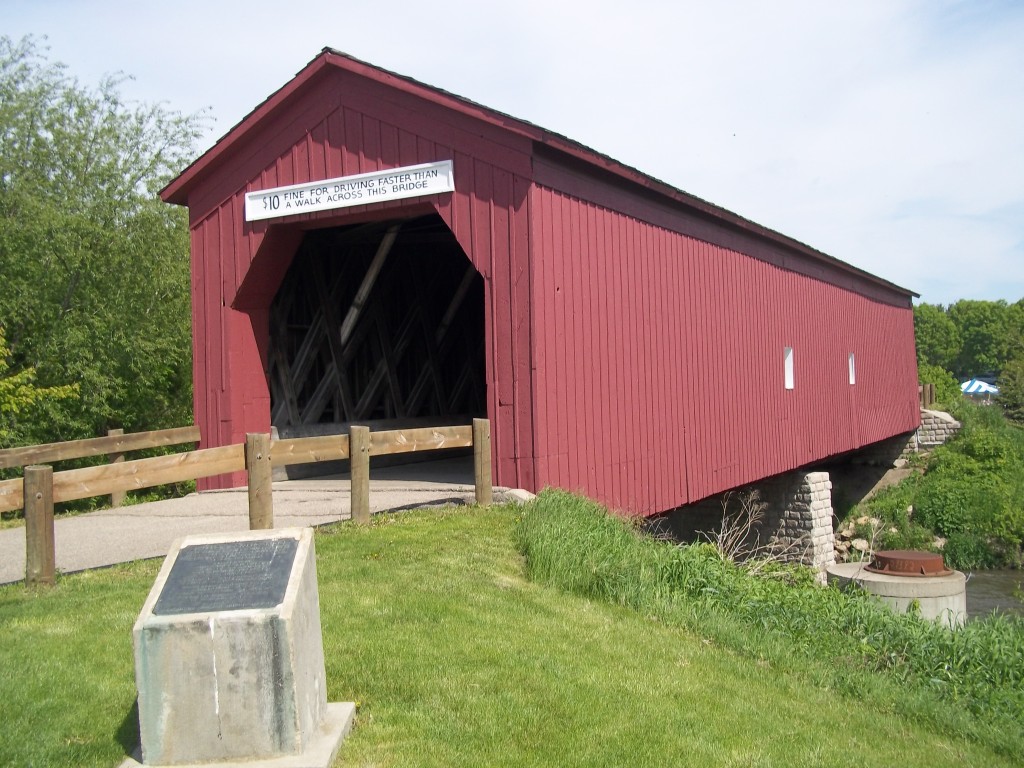 An important part of the town’s history, it’s back to its original splendor, restored to how it looked over 140 years ago. It has retained the sign about a penalty for speeding across the bridge like a bat outta hell, which I’m sure back then was a hefty fine. The bridge is listed on the National Register of Historic Places. 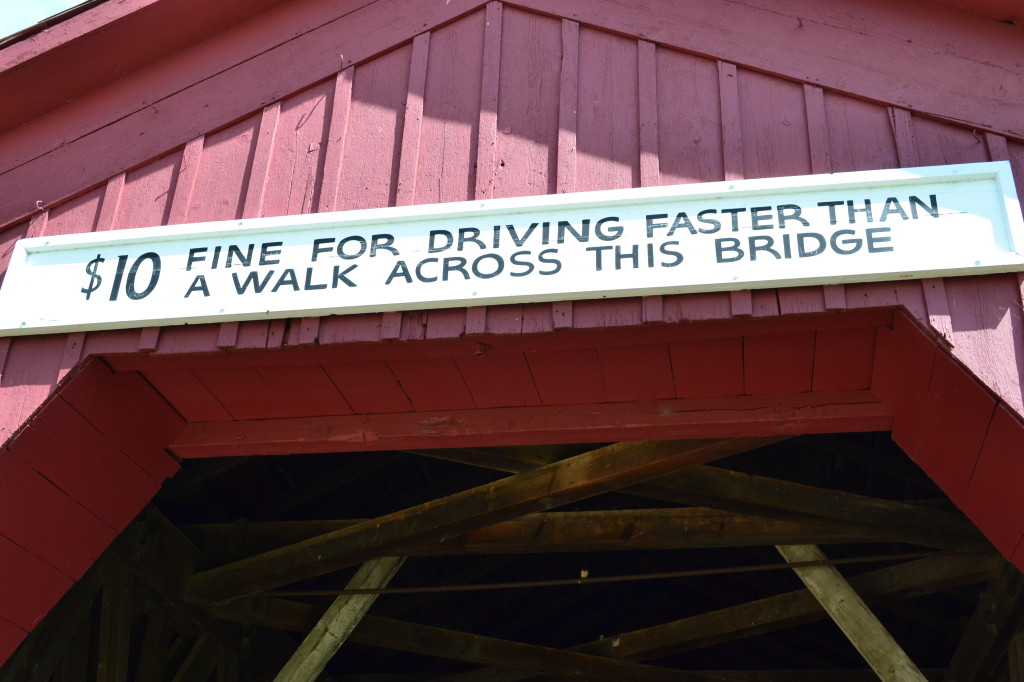 The term “Minnesota’s Only Covered Bridge” might be a little misleading, however, as there are other covered bridges in Minnesota, including one in Frazee, MN (although only about 20 years old and unfortunately on private property, as we learned while exploring not too long ago), and one in Holdingford, MN along a bike path. There is also one near Medicine Lake in Plymouth, MN and probably a handful of other modern ones. Regardless, the bridge and its history remain Zumbrota’s landmark attraction and will likely for years to come.

While in the area: Zumbrota sits just outside of Minnesota’s bluff country, where state parks like Carley or Whitewater offer hiking and fishing, or cruise south about 20 miles to Rochester to check out their historic downtown and big-city flair.