In his own mind, he is a modern-day superhero, saving the world from evil, corruption, and the St. Cloud Evil Horde, his arch-villains.  To the St. Cloud locals, he is a colorful figure, a crazy, loud-mouth, street-preacher commonly seen in warmer months on busy intersections decked out in a Superman costume. But according to the cacophony of propaganda on his website, he is the living embodiment of Superman, as well as a vulgar, hardcore conservative, and a caped vigilante set on keeping the streets safe from the injustices of the world. 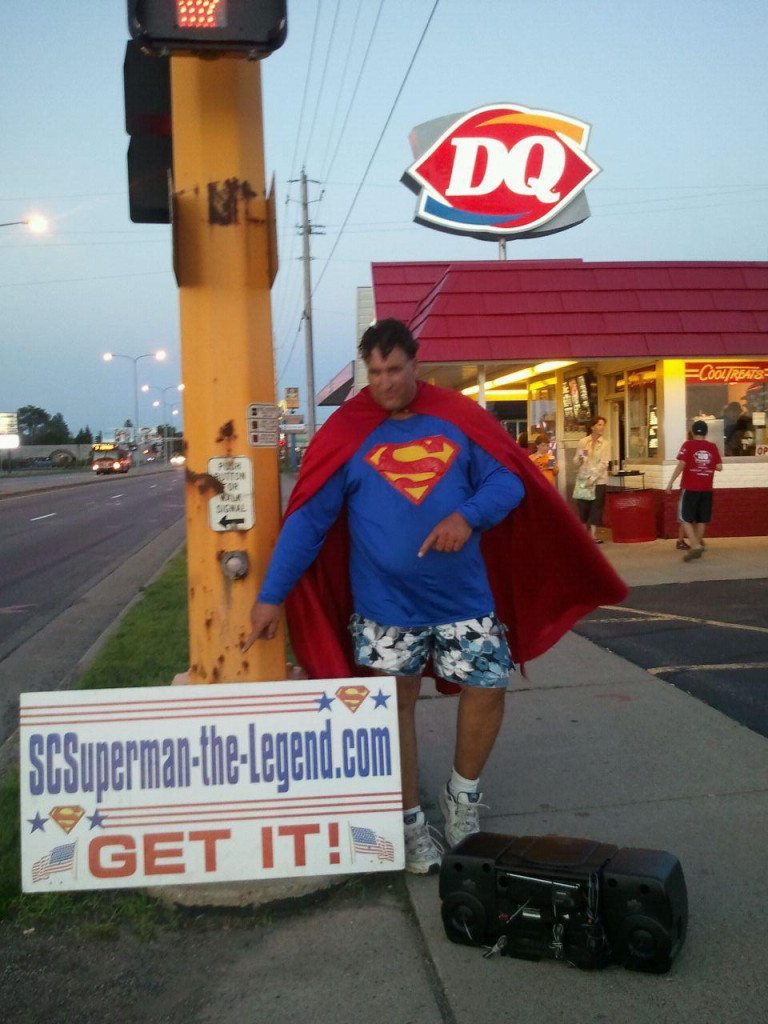 Real name John Fillah, the St. Cloud Superman certainly seems to welcome the publicity for furthering his public mission, but certainly has ruffled more than a few feathers in St. Cloud. While many folks who claim to know him personally say he is a nice, friendly guy, we can’t help but doubt the real Man of Steel would be tangled in legal disputes or dropping F-bombs and calling out his enemies by name on his website, which also contains a host of offensive images. So,  “Superman” may not be the best comic-book character to compare this hometown hero to, but there is no doubt he is one of the quirks that make St. Cloud unique. 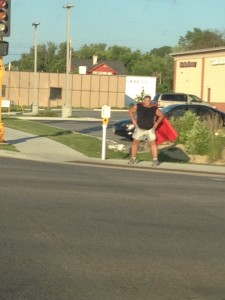 As of the time of this writing, it does not appear he retiring his gig anytime soon,  so next time you’re out and about in St. Cloud, keep an eye out for the guy with the “S” on his chest. Maybe grab a photo with him, he’s a pretty friendly guy. And if you can’t make it to St. Cloud, you can find him on Youtube. No word yet on if he has actually fought any legitimate crime, but we suppose it’s the effort that counts.

While in the area:  St. Cloud is home to many hidden gems, such as the nearby Quarry Park, the medieval-looking State Prison building, and the beautiful Clemens and Munsinger Gardens.