Among all the amazing things to do in or around Ely, MN, one of them is of course exploring the town, notably the downtown area. The main drag right through Ely is packed with cool shops, restaurants, outfitters, antique stores, and other miscellaneous establishments. And it was while walking around like all the other tourists there in June 2013, we happened to stumble upon the “Tanner Building,” or “Tanner Hospital,” looming large just a block off the main drag.

While taking a few photos and speculating what this architectural marvel’s significance once was, some local residents driving by stopped and briefed us on the building’s history.  It turns out this was once a hospital, built around the turn of the century in the Victorian-architectural style, named for Finnish doctor Anterro Tanner. Its view of nearby Shagawa Lake from the turret windows was said to be therapeutic for hospital patients.

The above photo dates back to 1907 and shows the building in all its glory, when the turret had a balcony and before an addition to the tower was made. Several years down the road, the complex was known as Carpenter’s Hospital when Dr. Carroll Carpenter took over administration. And in later years around the 1950’s, when a newer, larger,  updated medical facility came into town, the building was converted to an apartment complex, known as “Lakeview.” We’re not exactly sure why the apartments were vacated, but my guess is they were difficult and expensive to maintain, outdated, not up to code, and maybe just impractical. Maybe they were haunted. Probably a combination of all. The structure was placed on the National Register of Historic Places in 1980, although this does not guarantee its future. 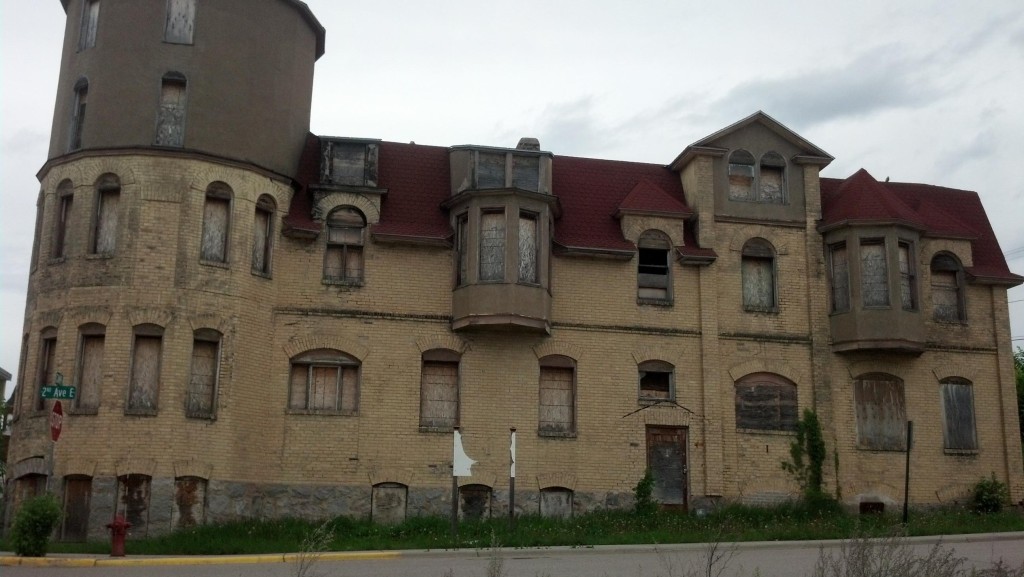 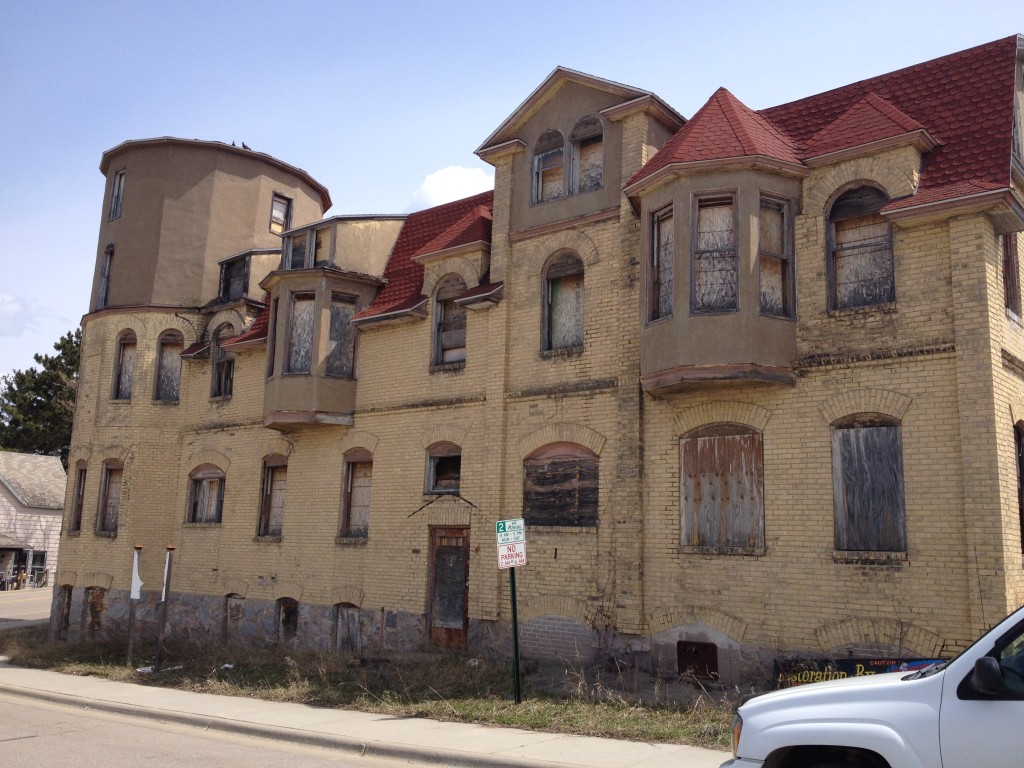 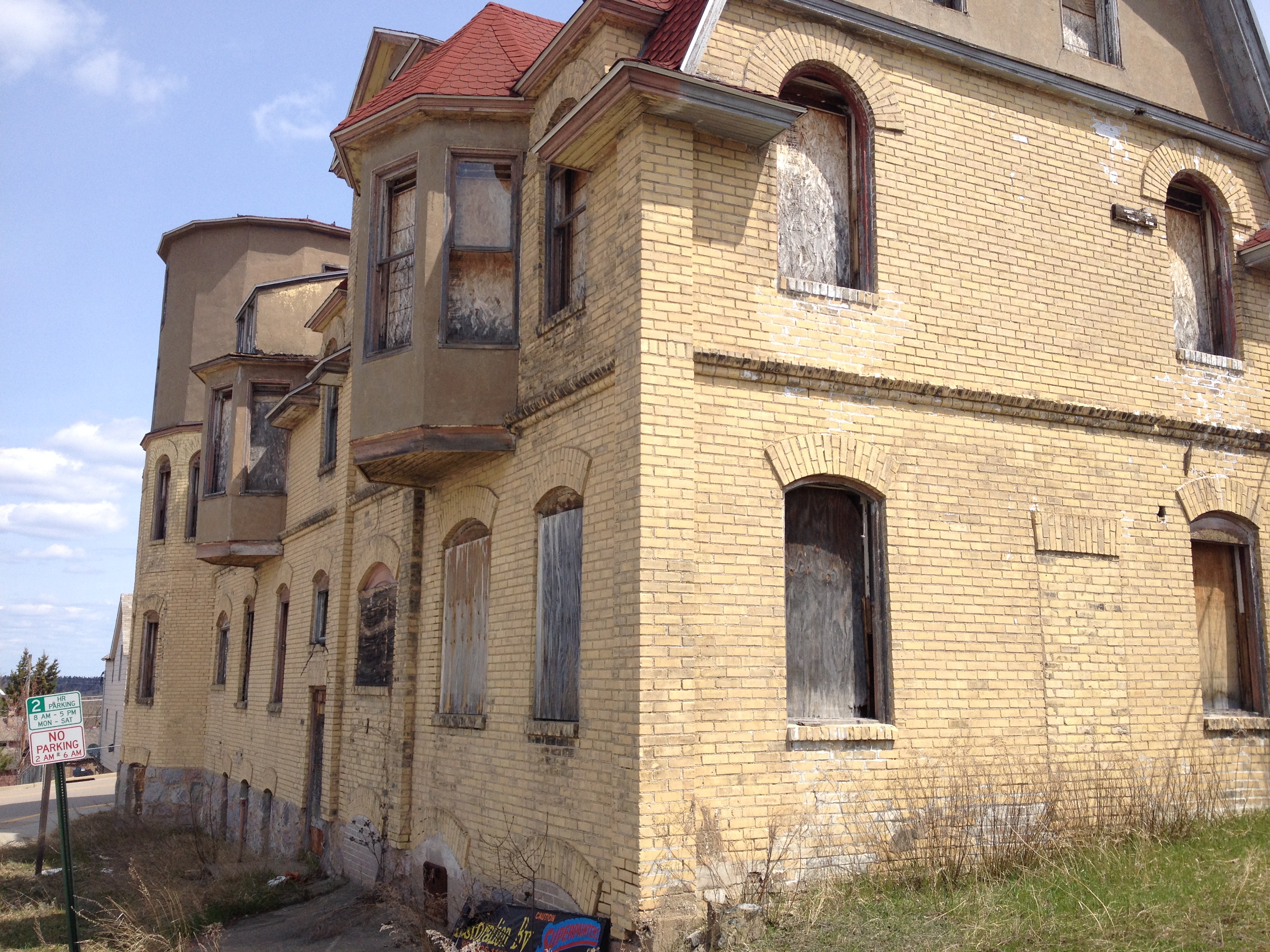 As of the time of this writing in November 2013, no one seems to know what’s in store for the future of this place.  Much like the Fergus Falls Regional Treatment Center,  it’s far too beautiful of a place to demolish.  It’s currently listed for sale, but it clearly needs a lot of work, inside and out. With some good renovation and preservation efforts, there could really be something amazing done here.  But only time will tell.

While in the area:  As everyone knows, Ely is packed with tons of stuff to do, like exploring the Boundary Waters, camping, or the Cabin of the Root Beer Lady, to name a few. Skip the International Wolf Center.