Perched high up on a hill in beautiful Duluth, MN, stands an 80-ft tall, hexagonal-shaped bluestone observation tower that dates back to 1937.  Rising 531 feet above the surface of Lake Superior, visitors can climb the steps to the top and take in the stunning panoramic views of Lake Superior, Canal Park, and the surrounding hills of Duluth. 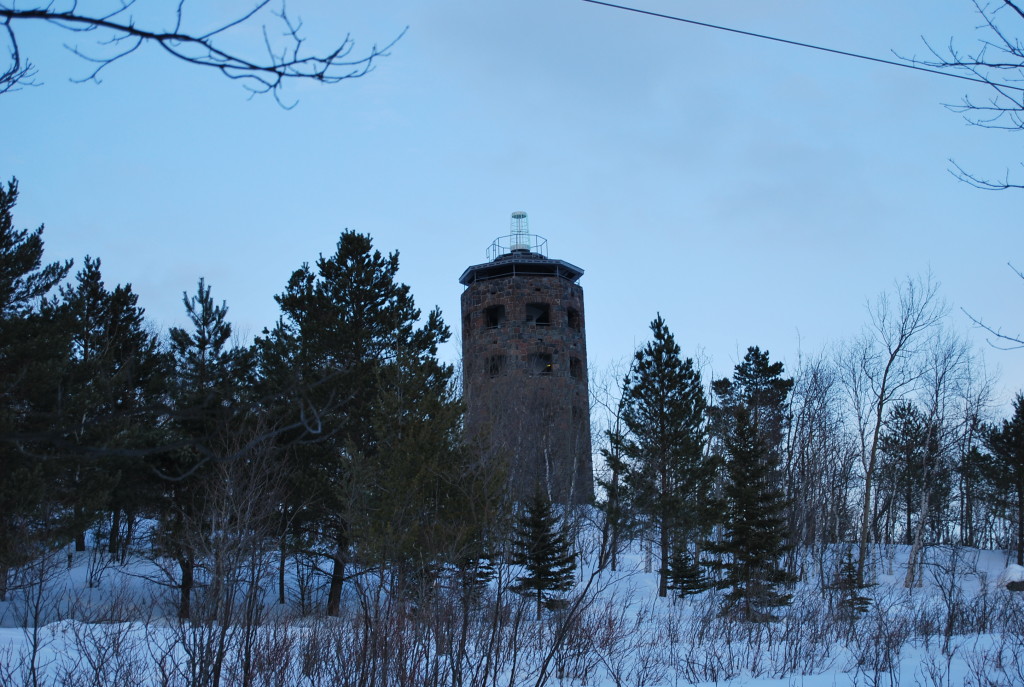 Enger tower is named after Bert Enger, a Norwegian immigrant who found success as a furniture seller in the early 1900’s and donated the land for Enger Park. Its construction started in 1937 and it was dedicated by Crown Prince Olav and Crown Princess Martha of Norway on June 15, 1939.  At one point it featured balconies on two of the 5 levels but those have since been removed, giving the tower a more symmetrical look. The nice thing about the tower is that it is open year-round, and completely free to climb to the top and take in the spectacular views. 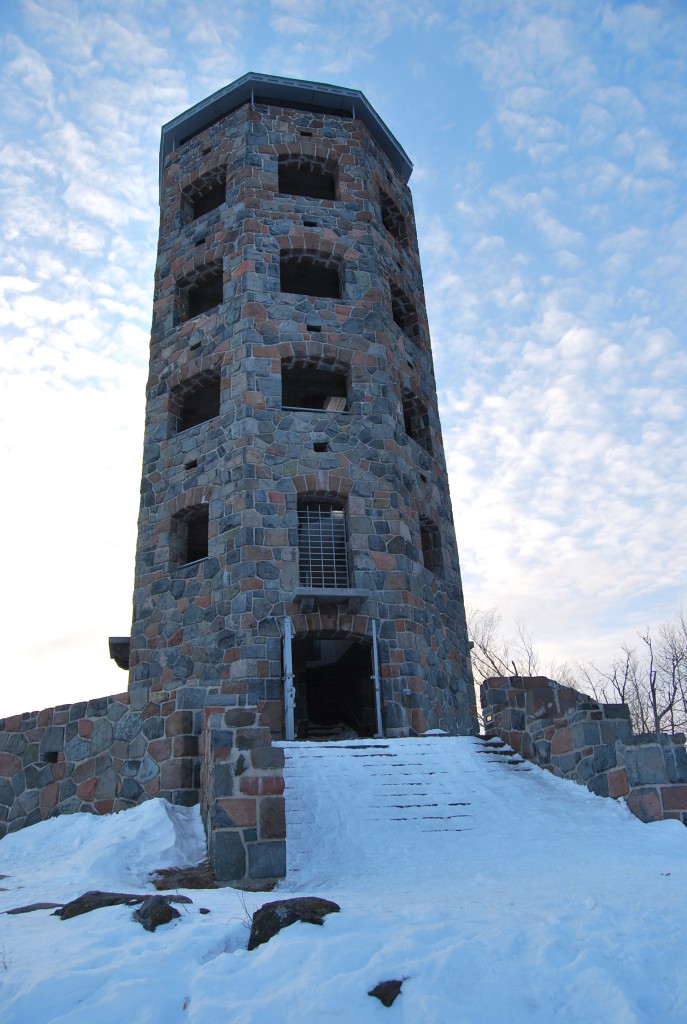 From the top observation deck of the tower, probably the most popular vantage point looks out over Canal Park where ships come in and out under the iconic Aerial Lift Bridge. Of course in winter, the bridge is always in the “down” position until the ice breaks up in the spring.  The blue waters of Superior are frozen and snowcovered, looking like an Antarctic desert. 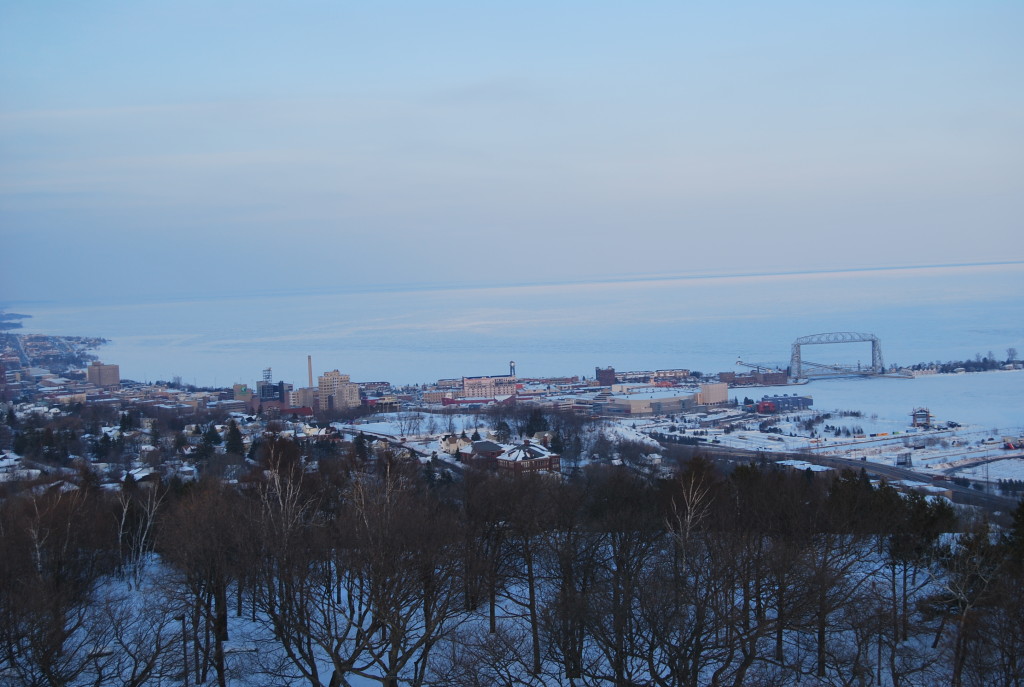 The tower also gives a perspective of downtown/central Duluth, and the North Shore towards the Sawtooth Mountains. 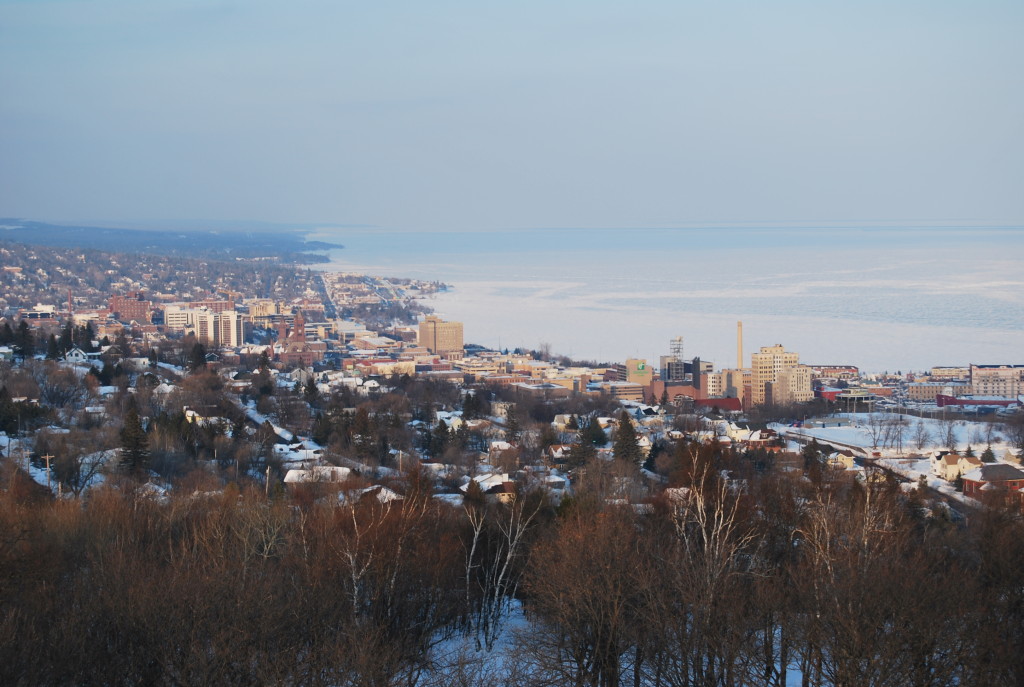 Looking further inland at an angle level with the tower is the Antenna Farm.  There are maybe a dozen or so TV, cellular, and broadcasting antennae poking up from the ground which blink with red lights at night. 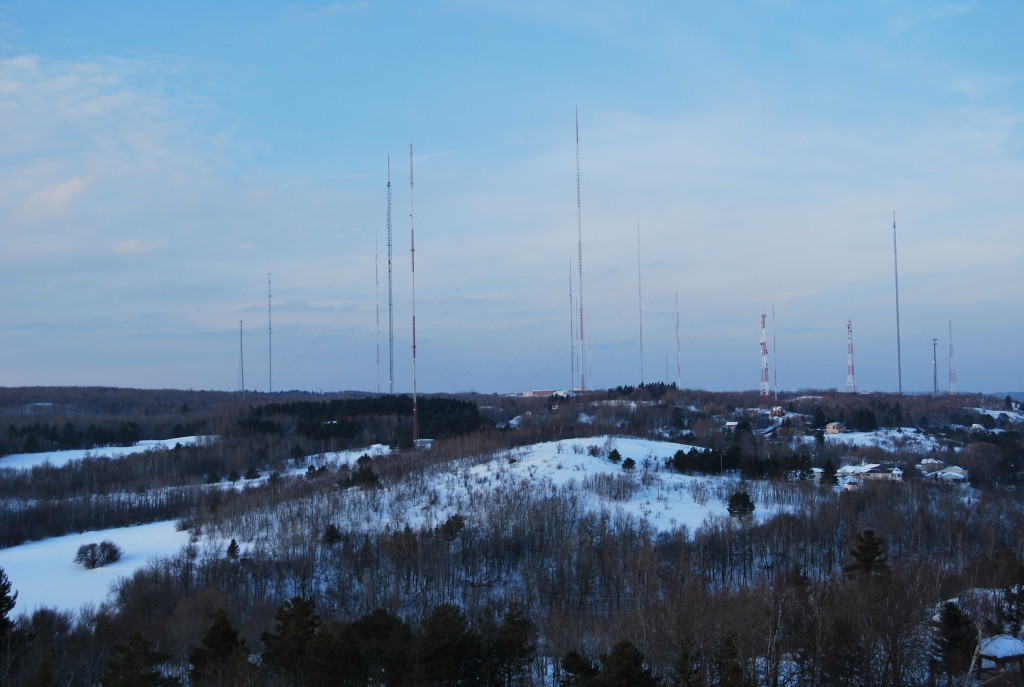 Enger Tower is a popular attraction, and you will likely almost always see other people there making the climb to the top.  Fortunately for me, the day my girlfriend I visited Enger Tower, it was a weekday in early March and just before dark, so it wasn’t busy. In fact, right before we started the hike, some people were leaving, and when we were done another couple arrived to hike the path up to the tower.  And for a brief time, we were alone at the top, and that is where I proposed marriage to her. She said yes. Enger Tower will always be a special place for us, and I recommend making a visit if you find yourself in Duluth. 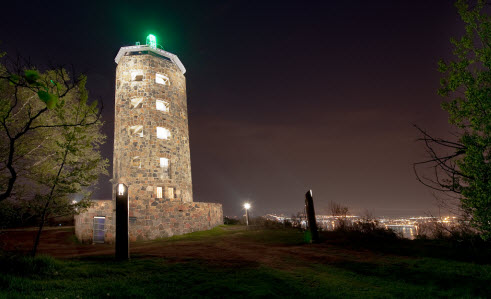 The top of the tower glows with a green beacon at night as well, making it visible for miles. Just another amazing thing about this awesome town.

While in the area:  Any trip up the North Shore is always fun, and if the conditions are right, a trek over to the Apostle Islands is an unforgettable experience.  Or check out the Graffiti Graveyard.