I had visited the Glensheen Mansion as a youngster with my parents and had been wanting to go back for quite some time. I was afforded that opportunity to finally visit again in March 2014, which was much more fulfilling as an adult.  The mansion, set on the shores of scenic Lake Superior on the east side of Duluth, has an interesting past right out of a murder-mystery novel akin to the game “Clue.”  Aside from its dubious past, the mansion has been preserved down to the intricate details as to how it looked in the early 1900’s. 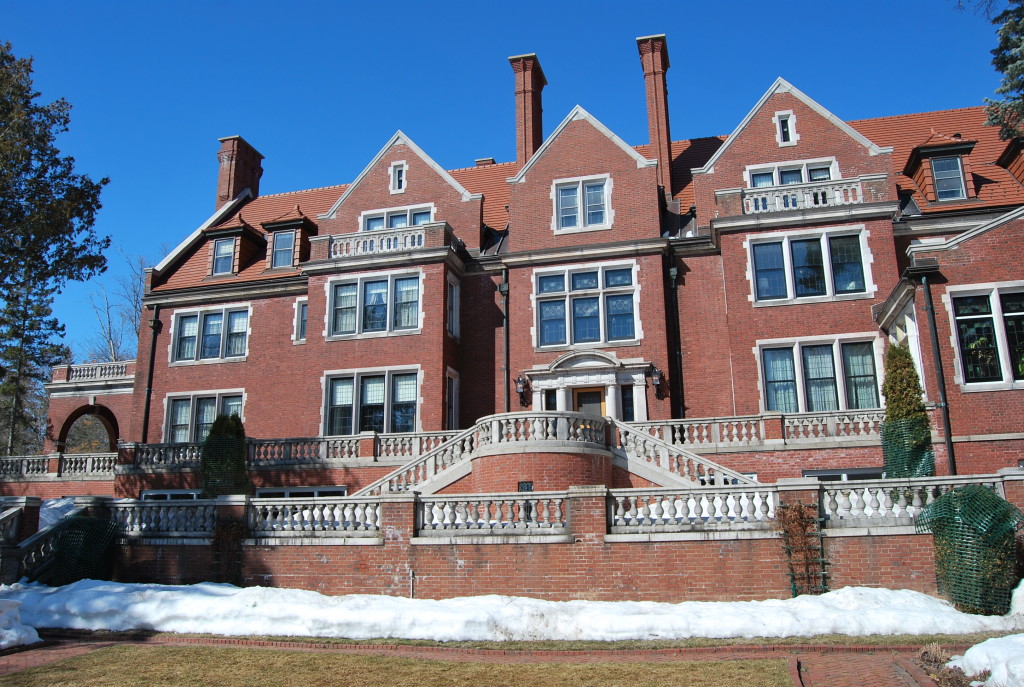 Like most historic estate tours, the Glensheen Mansion tour plays out like a museum tour, with a video at the beginning, a tour of the property grounds, and several different tour options that go more into depth for an additional cost.  Only as recently as 2013, guest photography was finally allowed inside of the mansion.  The tour guides are extremely knowledgeable and there is a lot to see here. 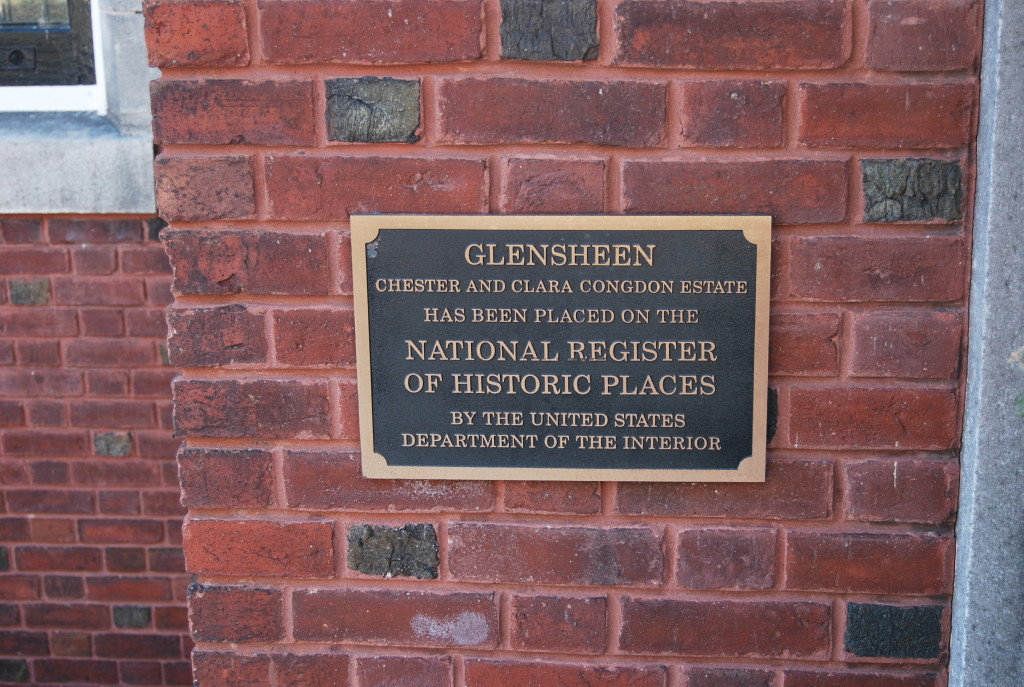 A brief history on the Mansion:  In the late 1800’s, Chester Congdon, a New York-native laywer and investor living in St. Paul, MN is becoming a prominent investor and high-ranking official at many different banks, mining corporations, and other large-scale operations.  He moves to Duluth and begins construction on a 7-acre tract of land along Lake Superior.  The construction of his mansion takes three years, ending in 1908.  At the time, it cost the Congdons $854,000 to build Glensheen (estimated $21 Million in today’s market). It was widely considered an architectural marvel and was outfitted with all the latest technology and luxuries, including 39 rooms and a separate water system from the city designed specifically for the property. 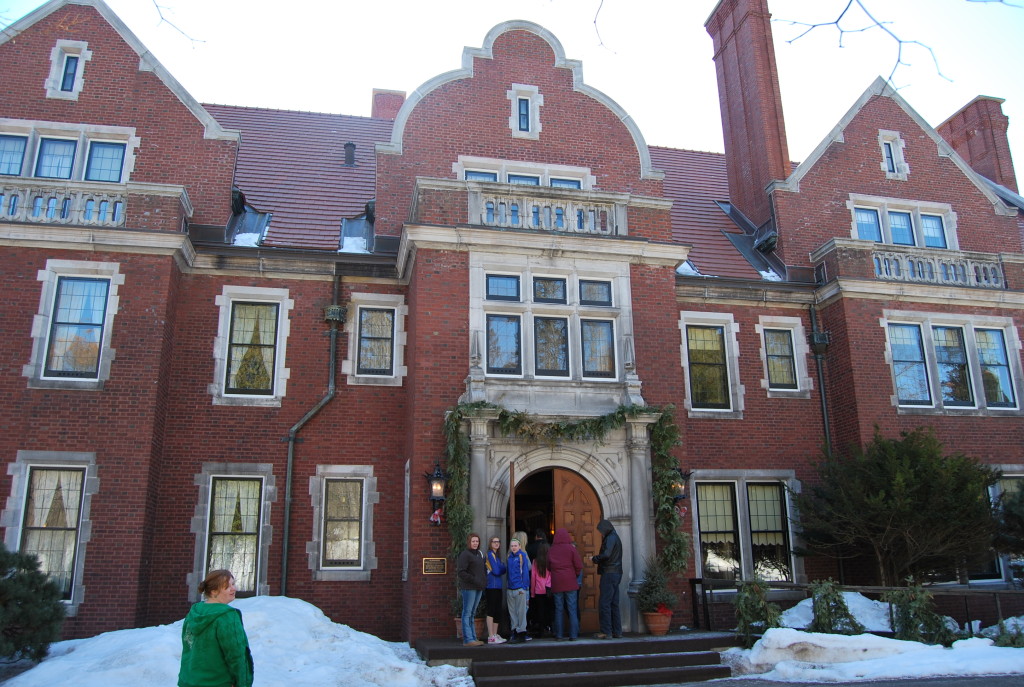 The architecture is Jacobean, a phase of the Renaissance style common of western Europe in that era.  There are 5 levels in the mansion, 3 of which are visited on the standard tour.  Every room is decked out in unique decor from around the world, showcasing the Congdon’s worldly travels and interests.  There is an endless array of dazzling art, woodwork, fireplaces, libraries, etc, and influences of Victorian, Art Nouveau, and Arts-and-Crafts styles. 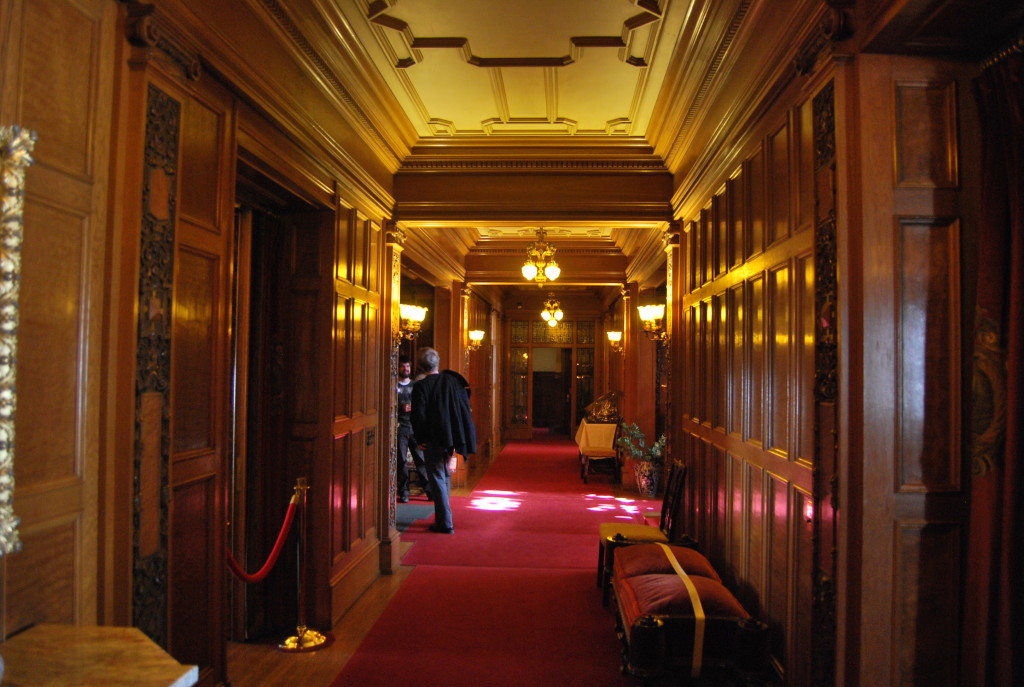 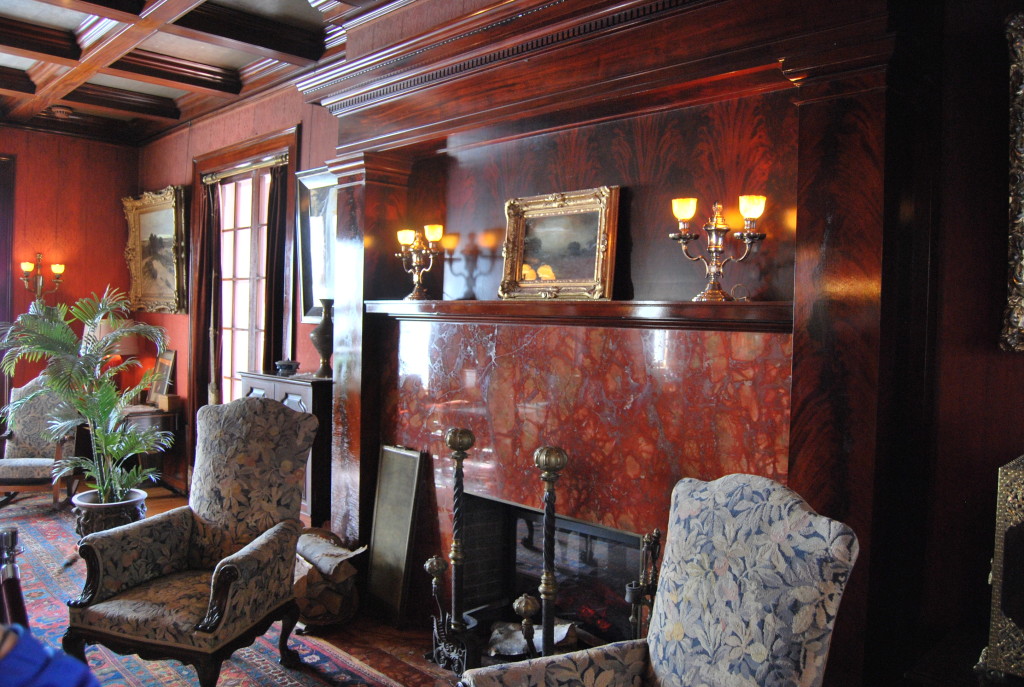 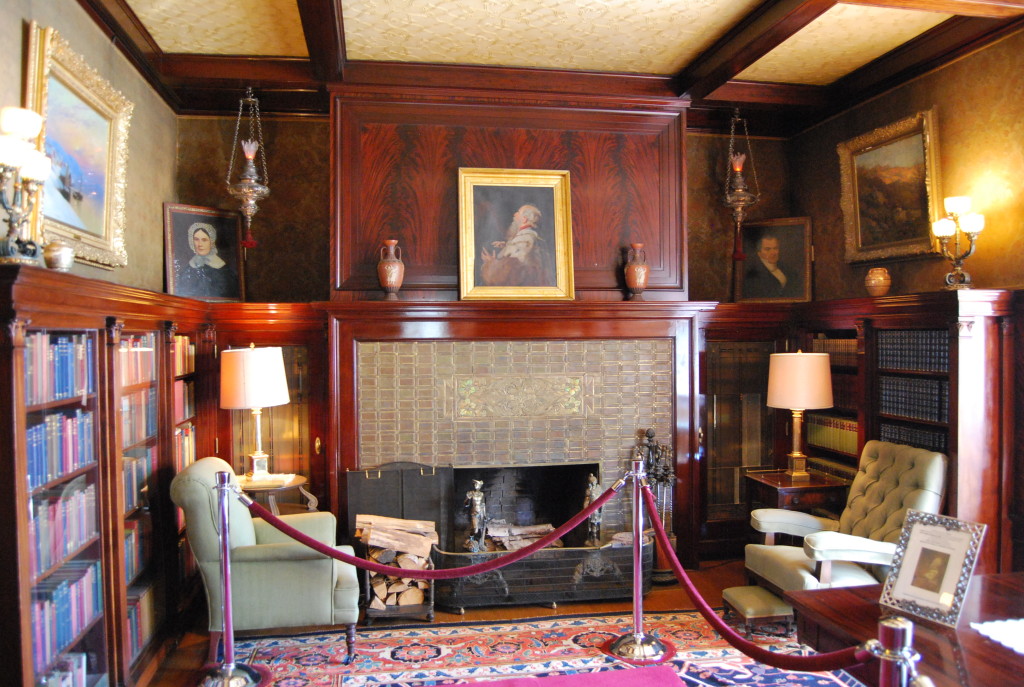 You can’t help but feel like you’re viewing a century-old episode of the MTV show Cribs, as the guides point out all the latest technology of the era like telephones/intercom systems, unique kitchen gadgets and furnishings, and even one bedroom that features a multi-headed shower (below).  I saw a similar one of those in a fancy hotel in Minneapolis last year. 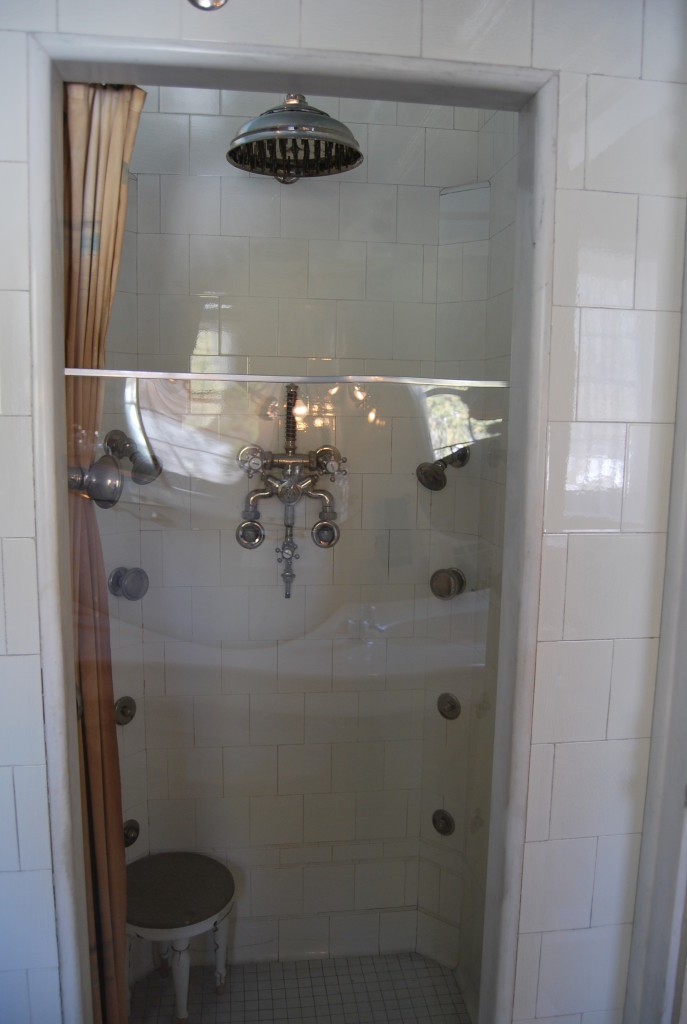 There are so many details to the historic home that most likely go overlooked in each tour due to the fact that it would be impossible to see everything in the allotted 90-minutes.  Some of the things we really enjoyed were the stained-glass windows in the rooms such as the Green Room;  a “Paris-by-Day/Paris-by-Night” streetscape lamp;  and the billiards table in the gaming parlor in the basement (all pictured below). 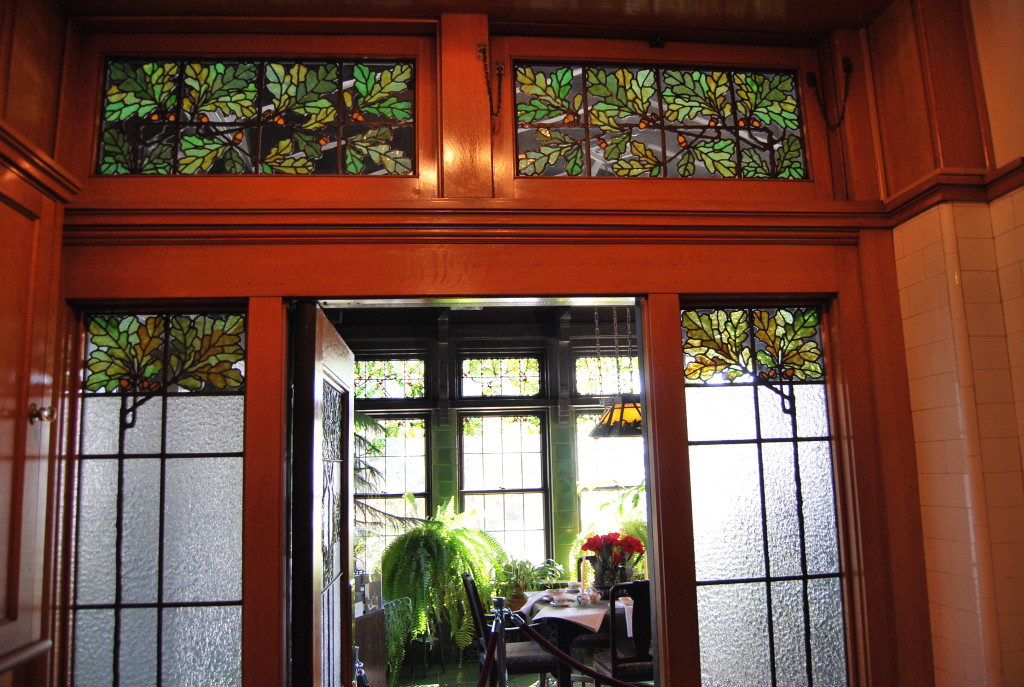 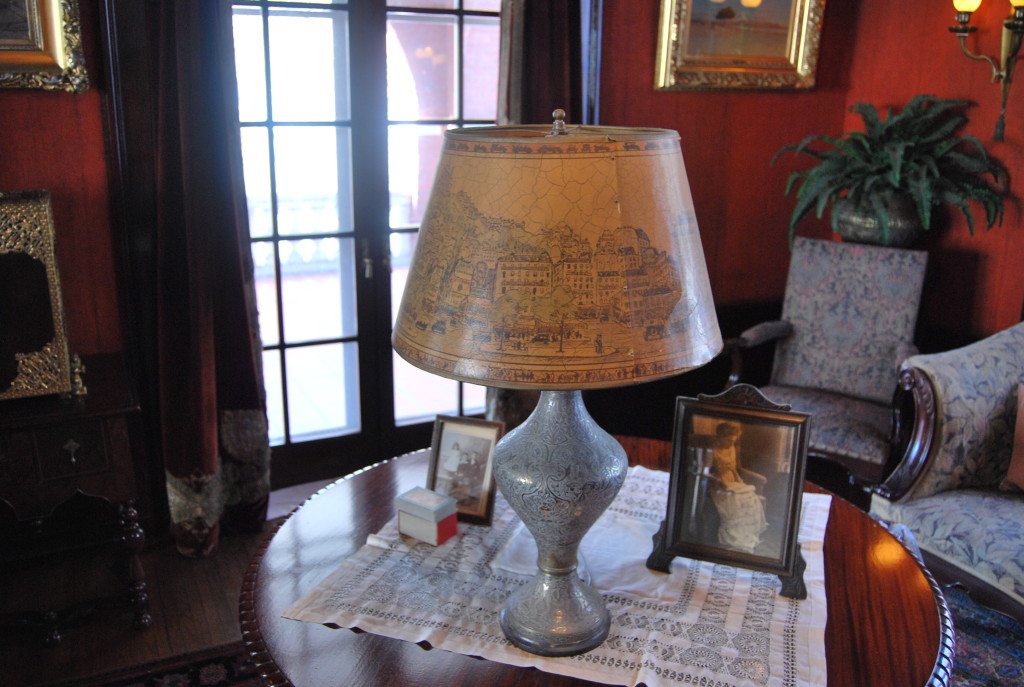 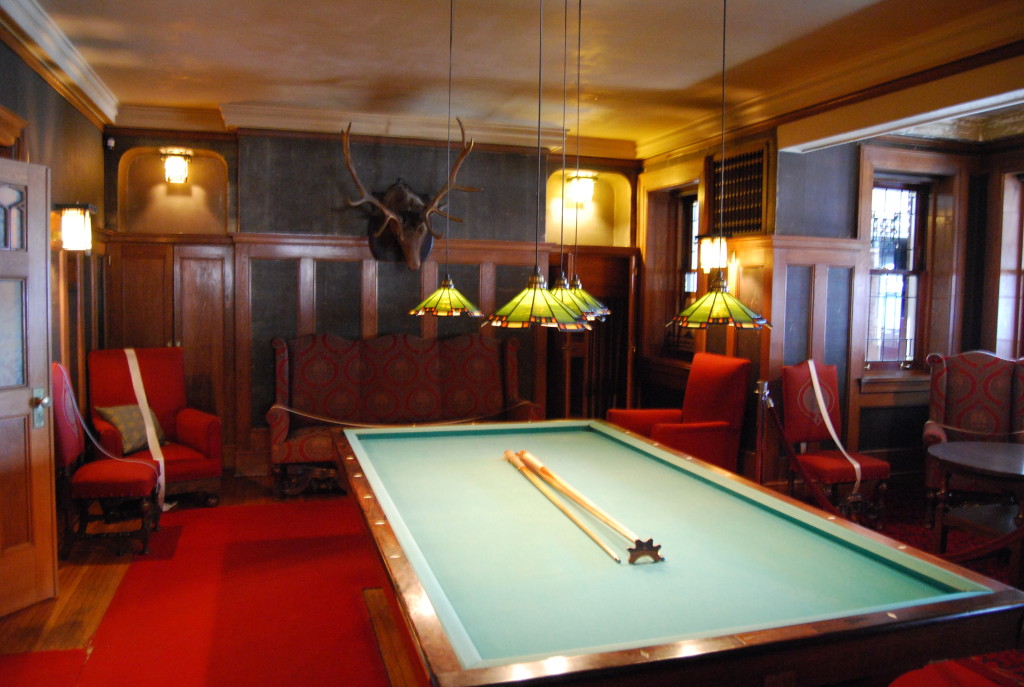 The mansion has a dark side though.  In 1977, one of the mansion’s heiresses, named Elisabeth Congdon, and her nurse, Velma Pietila, were both brutally murdered by Roger Caldwell, the second husband of Congdon’s adopted daughter, Marjorie.  The nurse was bludgeoned to death with a candlestick and Elisabeth was suffocated in her bed. Up until recently,  tour guides were  forbidden to discuss the mansion’s murders, although some would reportedly give details upon request.  Essentially labeled a “Crime of Greed,” the murders were allegedly carried out so that once the heiress was gone, Marjorie would recieve her share of the money. Caldwell was convicted of the murder and committed suicide in 1988.  Marjorie was acquitted but went on to be twice convicted of arson, serving 12 years in prison and was once wanted for bigamy in North Dakota. At the time of this writing she is believed to be alive and living somewhere in Arizona. 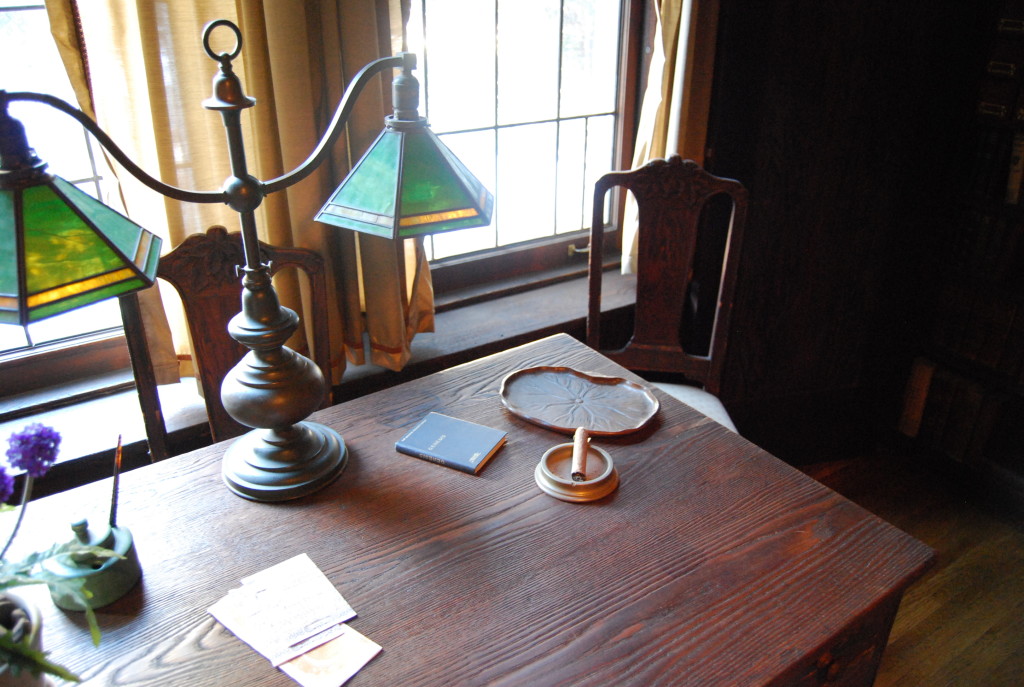 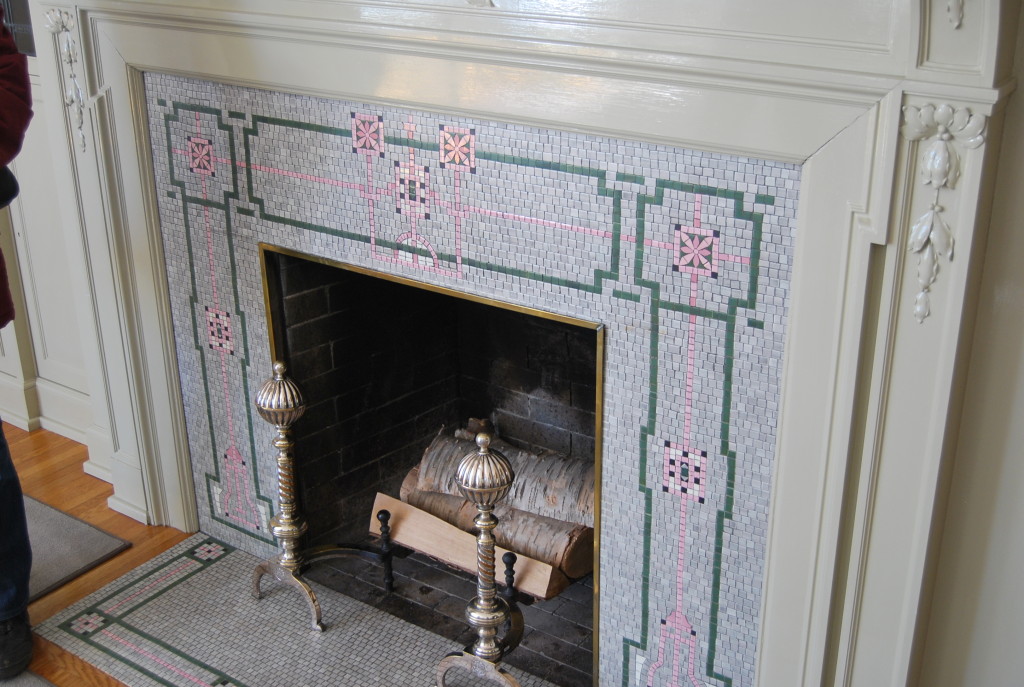 The tour guides generally don’t go into much detail about the murders but plenty of info is available in books in the gift store and online as well.  The guides of course would rather speak of the design and decor of the building as well as the family’s history, philanthropy, and kindness shown to guests and visitors. Another surprising fact is that Chester Congdon only lived in the house for 7 years before he died. 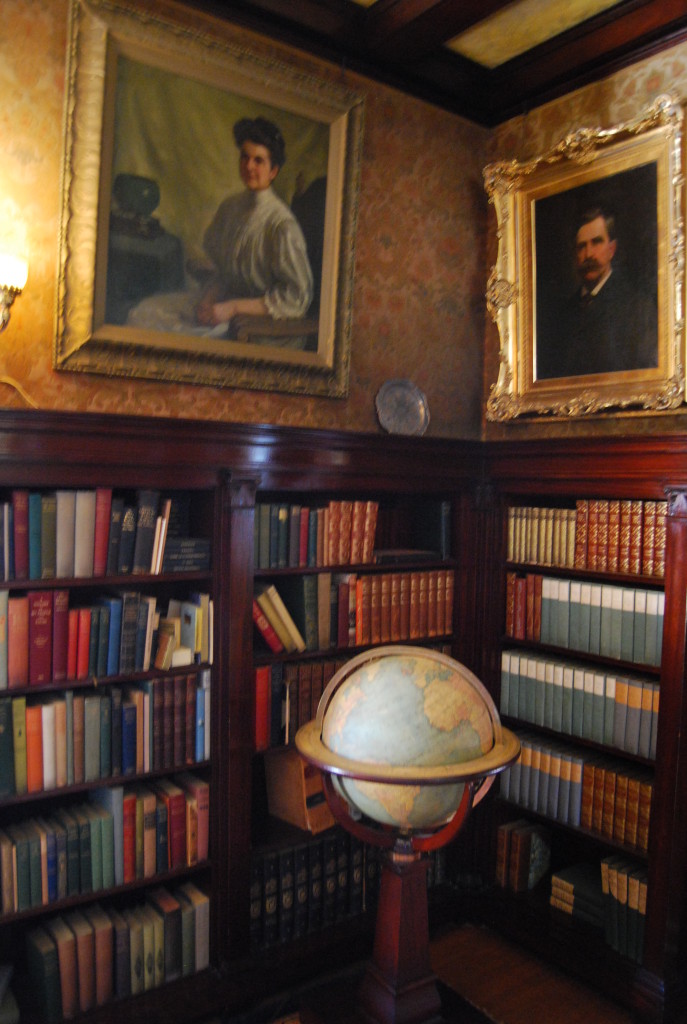 In 1968, the estate was given to the University of Minnesota Duluth, which operates Glensheen to this day. Although the University owned it at the time, they allowed Elisabeth Congdon to live out the rest of her life in the mansion until her tragic murder in ’77. Tours run year-round for about $15.00/person.  Visits in summer months include the outdoor fountains and gardens. There are also nighttime flashlight tours, because the mansion is of course haunted. So why is it called “Glensheen Mansion,” if the family’s last name was Congdon?  It is widely believed that it comes from an area of England named Glensheen that their ancestors came from originally. 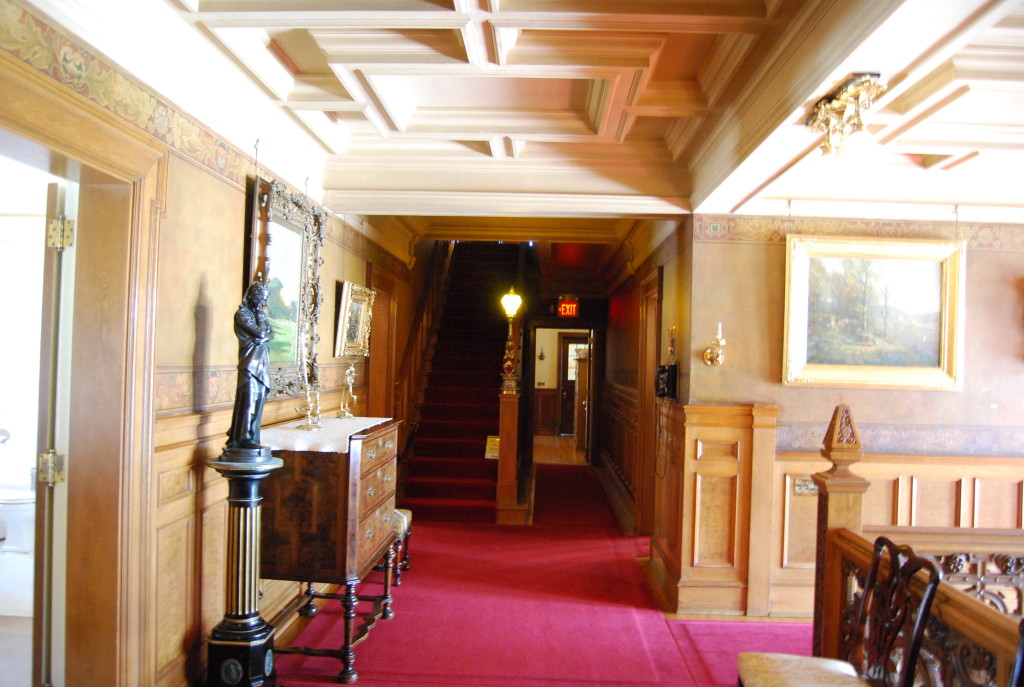 The Glensheen Mansion is a fascinating tale of history, opulence, and mystery. I would love to go back and take the full tour and see the additional levels sometime.  This is one of Duluth’s many premier attractions and is absolutely worth a visit, so stop by if you’re not too busy exploring the countless other things to do in town.

While in the area: I have covered Duluth a lot lately, but a trip up the North Shore is always fun, anytime of year.  Other Duluth standards are Canal Park, Gooseberry Falls, or the beautiful Enger Tower.

One thought on “Gleensheen Mansion, Duluth MN: A Real-Life Whodunit”