Anyone who has lived in the Twin Cities has likely traveled Highway 100 at one point or another.  It is an often-congested highway which runs north and south through the western suburbs like Brooklyn Park, Golden Valley, St Louis Park and Edina, connecting 694 and 494. Its origins go back much further though, back to when it was just a dirt road and later took shape under the Works Progress Administration in the late 1930’s.  And the roadside parks of Highway 100, known for their rock gardens and “Beehive” fireplaces, were part of what made this route special. 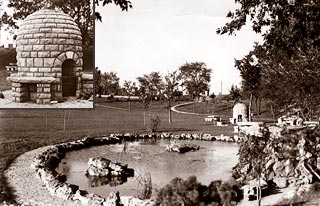 The St. Louis Park Historical Society website states, “All but gone now, the roadside parks of Highway 100 were nothing less than a phenomenon – so much so that families came out to the highway just for the ride and the opportunity to picnic among the lilacs.” This was an era in which the advent of the automobile made the road-trip, or even the Sunday afternoon drive a cherished part of American history. The Highway 100 stretch was the state’s first controlled access four-lane highway and was home to thousands of planted lilacs and seven original roadside parks, which contained WPA-built stone benches, rock gardens, and stone fireplace-type of grills, several of which were designed as “Beehive” fireplaces.  However, over the course of many decades, Highway 100 was constantly expanded and many of these roadside parks were lost. 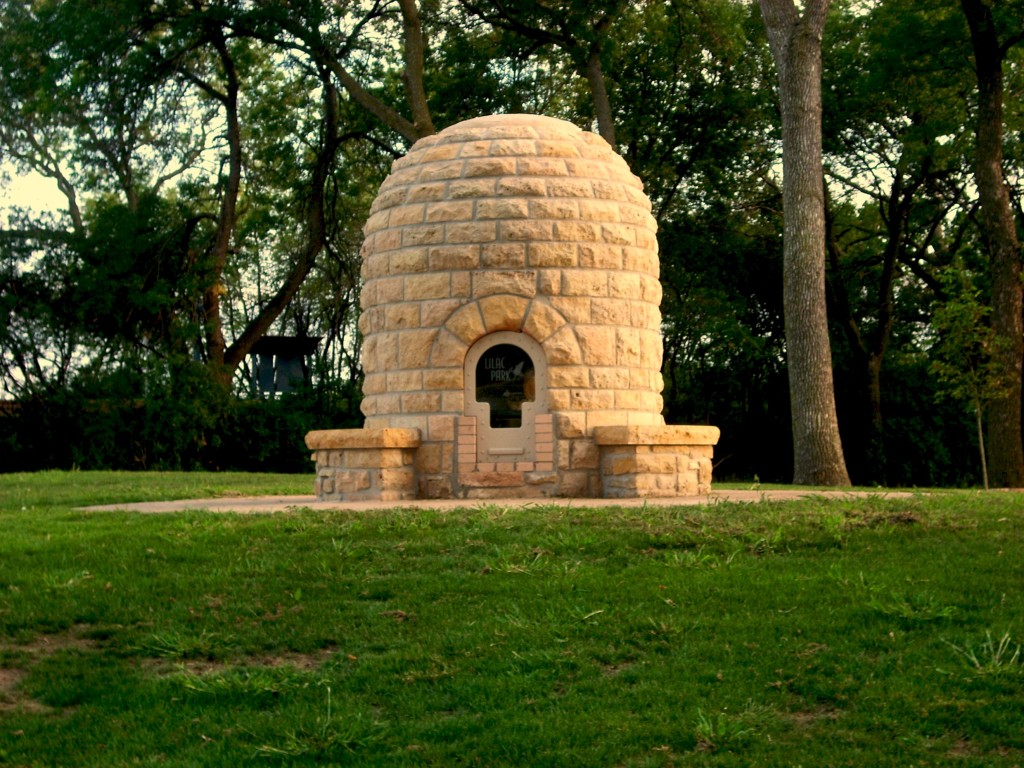 The most prominent Beehive, in St. Louis Park, was completely restored and dedicated in 2009. For years it had sat dilapidated in the former Lilac Park area, which was found on the northeast quadrant of the intersection of Minnetonka Blvd and Highway 100. In fact, very few of the remains of the original rock garden are still there, but the Beehive was removed in 2008 and completely restored. In July of 2009, it was moved to the new Lilac Park (formerly the St. Louis Park Roadside Park), at the intersection of Highway 7 and Highway 100, just south of the original location. The below picture shows the mayor dedicating the refinished Beehive. 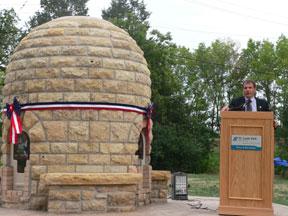 Although the Lilac Park Beehive fireplace can no longer be used for its original purpose, it serves as a historic and visual centerpiece for the roadside park, which sits on the popular Cedar Lake bike trail. The Lilac Park Beehive is a great example of the preservation of an important part of the town’s history.

The second Beehive fireplace is in a bit rougher shape and is still in its original location. This one, found in Graeser Park in Robbinsdale, MN, about 10 minutes north of the St. Louis Park Beehive, and also features the original adjacent rock garden, which now sits only steps away from a busy off-ramp.

The Beehive fireplace shows signs of use, while the rock garden seems to be more of a hidden gem than anything.  It is still in pretty good shape, with its stone benches, steps, walkways, and ponds, and is a great example of the “Rustic-style” of cut-stone architecture common of the New Deal era. 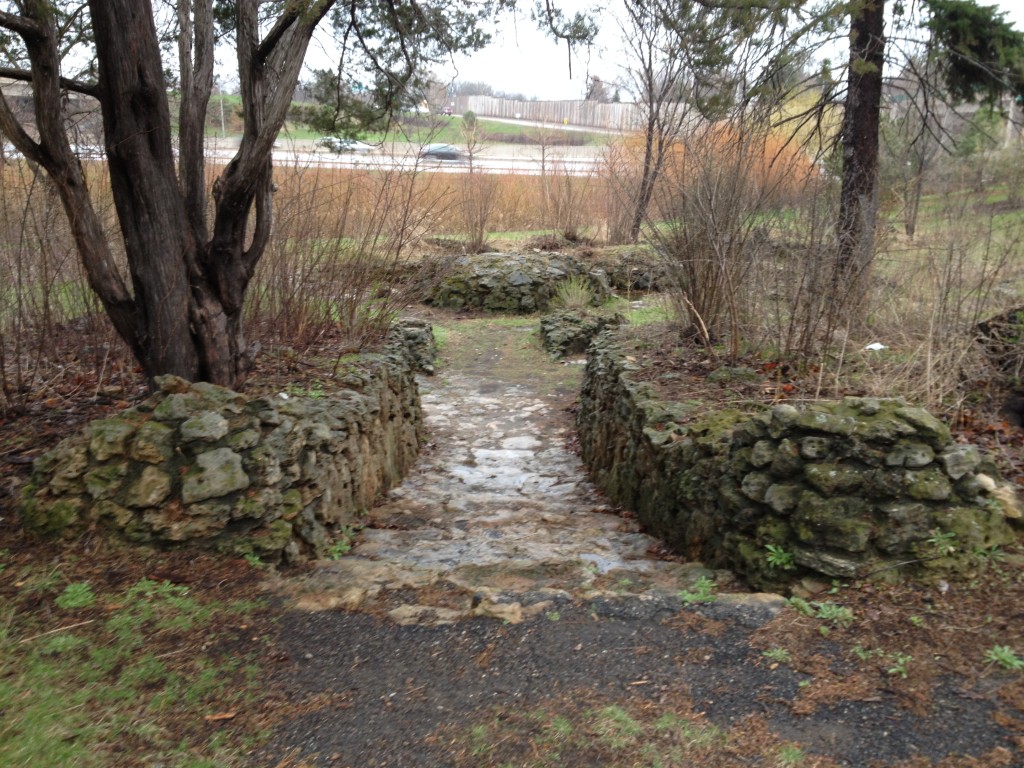 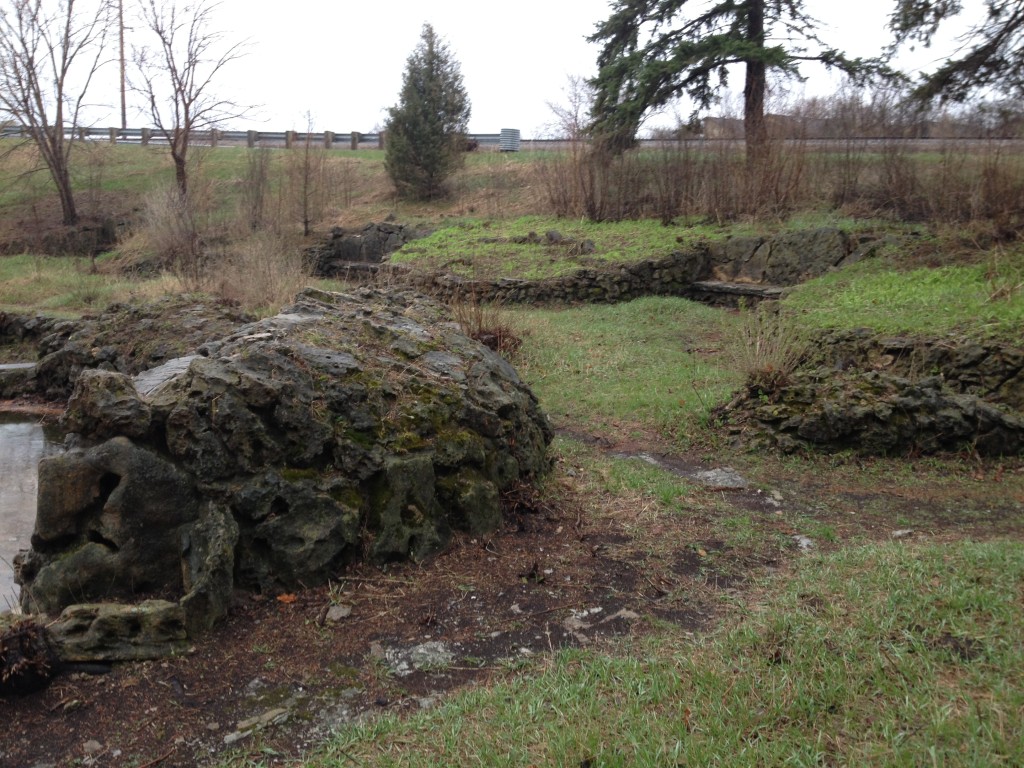 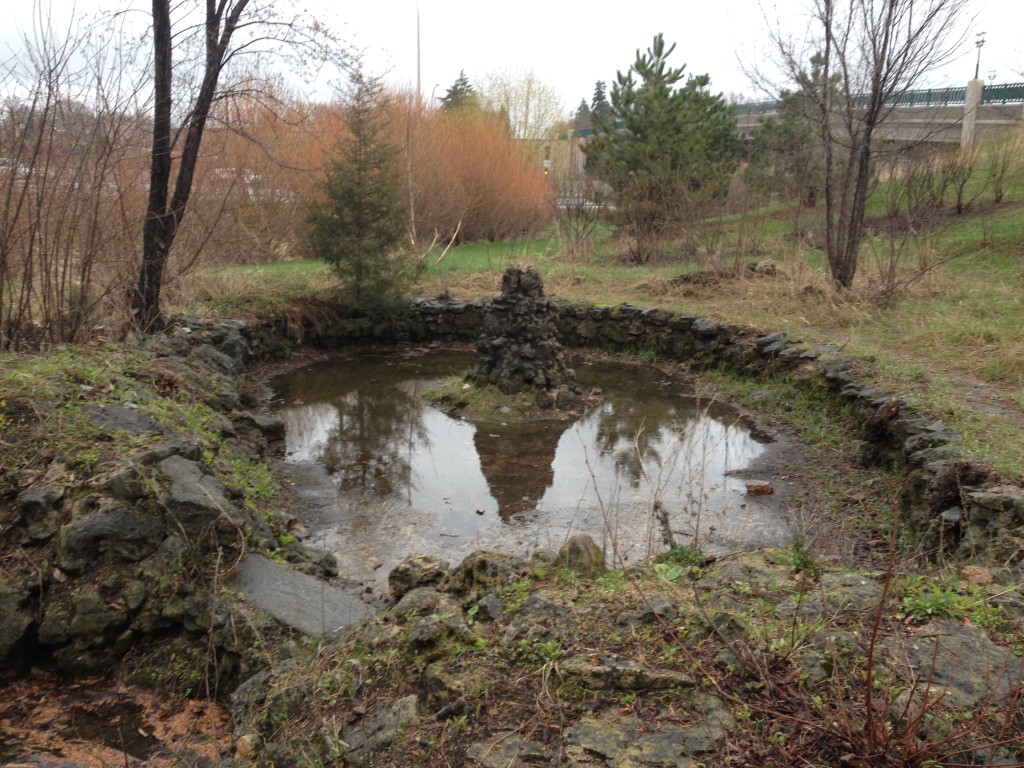 This roadside park is a fragile reminder of years past, while its future is largely uncertain.  There is a campaign to save it, but with the ever-growing Twin Cities population, it may be just a matter of time before Highway 100 gets another lane or two, completely burying Graeser Park.

The 12.5 mile stretch of Highway 100, formerly known as Lilac Way, was once the busiest stretch of highway in Minnesota, but it’s more or less a busy thoroughfare choked with traffic during rush hour nowadays.   The St. Louis Park Historical Society has a great history on this storied highway which can be found here, along with more detailed descriptions on the Beehives and the long-forgotten history of Lilac Way.

12 thoughts on “The Beehives of Highway 100, Twin Cities”