A few miles north of the small town of Pelican Rapids, MN on US Highway 59 is a small roadside pullout noted by a small “Historic Marker” sign. At this pullout, there is a plaque on a stone marker that tells of the “Minnesota Woman,” one of the most prominent archaeological finds of the early 1900’s. 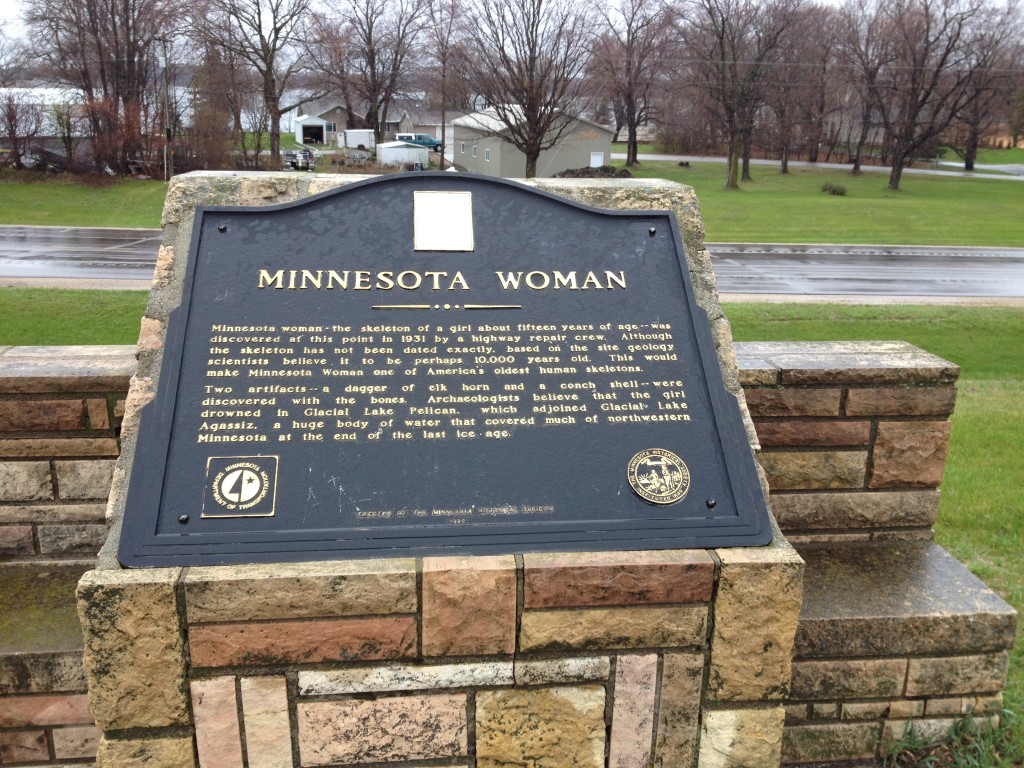 In June of 1931, road crews were doing some excavating along the highway when a road grader noticed something sticking out of the dirt. Further investigating found it to be the remains of a human skeleton. The crew dug up the skeleton, which was found to have with it a dagger made from an elk horn, and a conch shell pendant, which was odd for Minnesota- nowhere near the ocean. The body was also covered in a layer of clam shells, adding further confusion and mystery to this discovery. 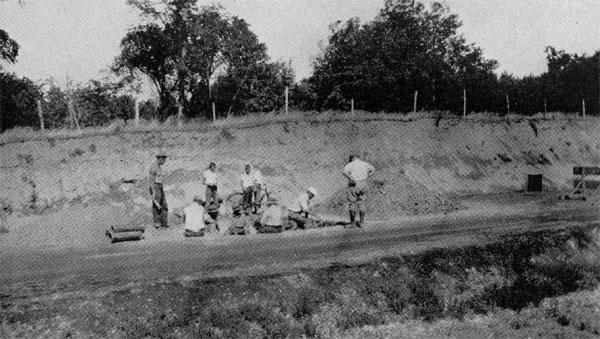 Since the excavation of the remains was not done by an archaeological team, nor was an investigation done, the Highway Department sent the bones to an anthropologist at the University of Minnesota in Minneapolis who determined them to be a female around 15 years of age.  It was also determined that the remains were possibly up to 8,000-10,000 years old, further baffling scientists, who until then only believed humans had been around North America for around 2,000 years. 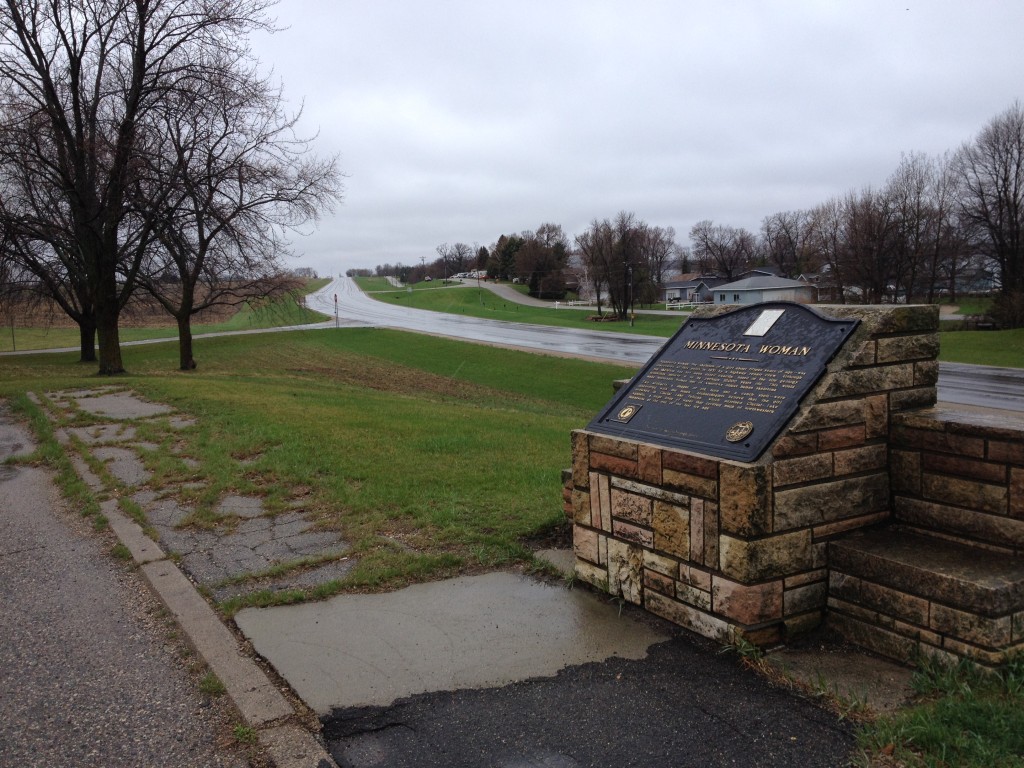 The plaque goes on to tell that historians believe the woman drowned (as she was not ritualistically buried), and was buried under glacial Lake Pelican, which connected to glacial Lake Agassiz, at a time when most of North America was covered in glaciers. Scientists agree that the cover of clam shells indicates the body was at the bottom of this ancient sea, buried under layers of sediment for thousands of years. 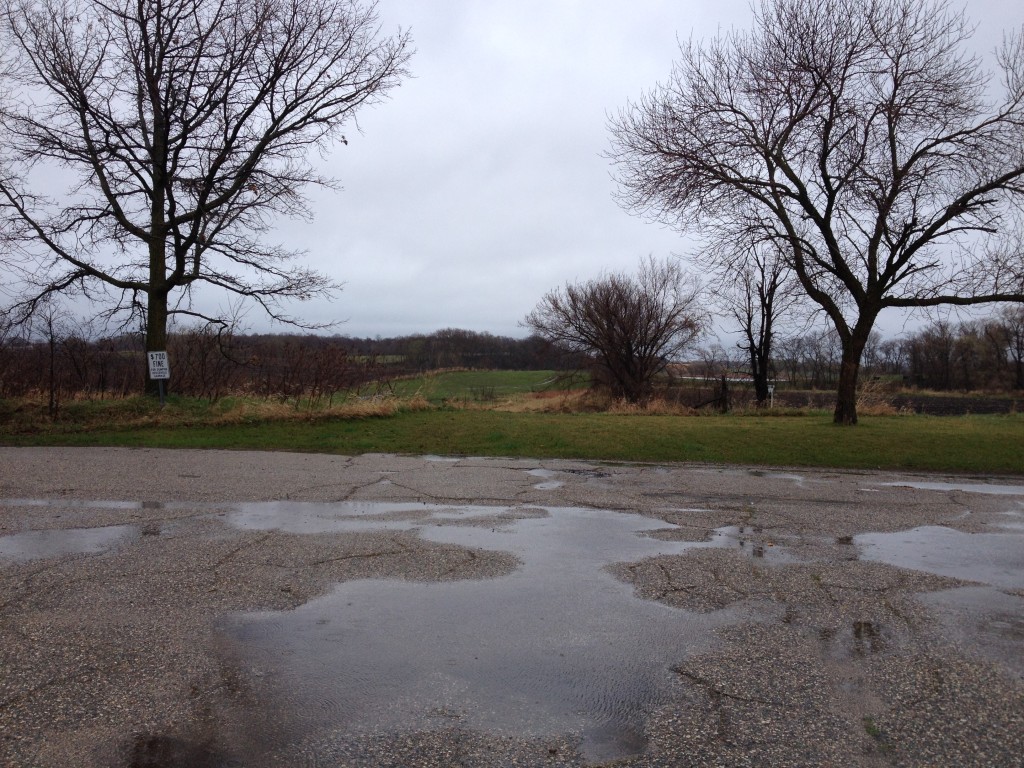 So how did this woman get here and what was the significance of the dagger and conch shell?  Scientists recognize the girl as a Paleo-Indian whose ancestors had come across the Bering Strait land bridge during the Pleistocene era. The dagger was likely a hunting tool and the conch shell pendant was a talisman indicative of a tribe who lived virtually in the shadow of glaciers at the end of the last Ice Age.

The Minnesota Woman, largely unknown to local residents and Minnesotans alike, very well may be one of the oldest skeletons ever discovered in North America. The contents of the discovery date back further than the written history of humanity, pre-dating the ancient Pharoahs of Egypt. And it all was found in the rolling hills of north-central Minnesota Lakes Country.

While in the area: Pelican Rapids has a great collection of Pelican Statues, and is nearby Maplewood State Park, a great place for hiking among the hills of the Leaf Mountain bluff range.