I suppose they get some points for creativity, but aren’t high school mascots supposed to be fierce, fearsome, and intimidating?  With every level from professional to elementary school, there are countless different mascots, ranging from animals to warriors to colors and everything in between.  Minnesota has some doozies, and in our opinion, these top 5 mascots are sure to NOT strike fear into their opponents’ hearts. 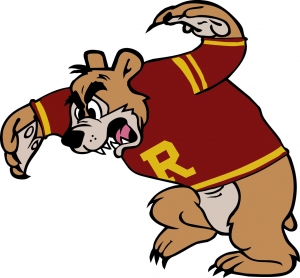 5. Minneapolis Roosevelt “Teddies” – Yeah, yeah- I get it.  Teddies as in Roosevelt, as in the badass President embodied on Mt. Rushmore who took a bullet during a speech and decided to finish his speech first before getting medical treatment.  No shame in giving him some props.  But a play-on-words translates to a teddy bear for a mascot. 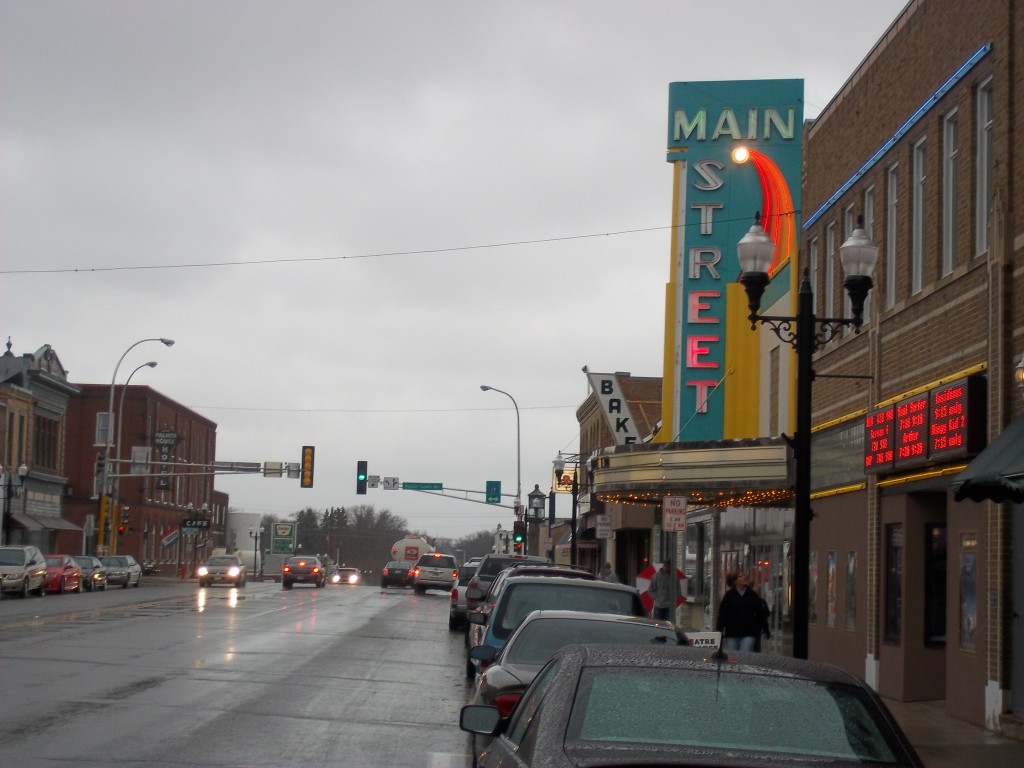 3. Grand Meadow “Superlarks” – Not just the “Larks,” (those harmless, tiny birds no bigger than a chickadee), but “Superlarks.” The mascot in question bears resemblance to an eagle on steroids, making you wonder why maybe they just didn’t go with eagles in the first place.

2.  Blooming Prairie “Awesome Blossoms” – The mascot is a flower. With a rhyming adjective in front of it.  I suppose it relates to the name of the town, but even as the artist who came up the above logo probably realized, it’s difficult to make a flower look tough. 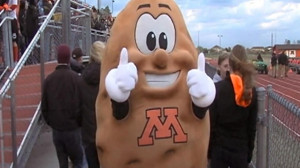 1. Moorhead “Spuds” –  Being an alumnus of Moorhead High School, I can fully embrace and acknowledge the fact that a potato, (referred to here as a “spud”), is by far the most absurd mascot in the entire state.   Needless to say, our mascot, a piece of food that comes out of the ground, was often a joke among local competitors with phrases like “Mash the Spuds.”