There truly isn’t much in the near-ghost town of Lawler, MN, except a handful of dilapidated buildings and one lone business, Jackson’s Hole Bar. In fact, the whole area is pretty remote, somewhere off the highway between Aitkin and Duluth. But the little dive bar, a popular stop for the biker crowd which occasionally passes through, has something that no one else in the state has: hand-carved wooden barstools which are designed to look like little trolls, each of them different and quirky. 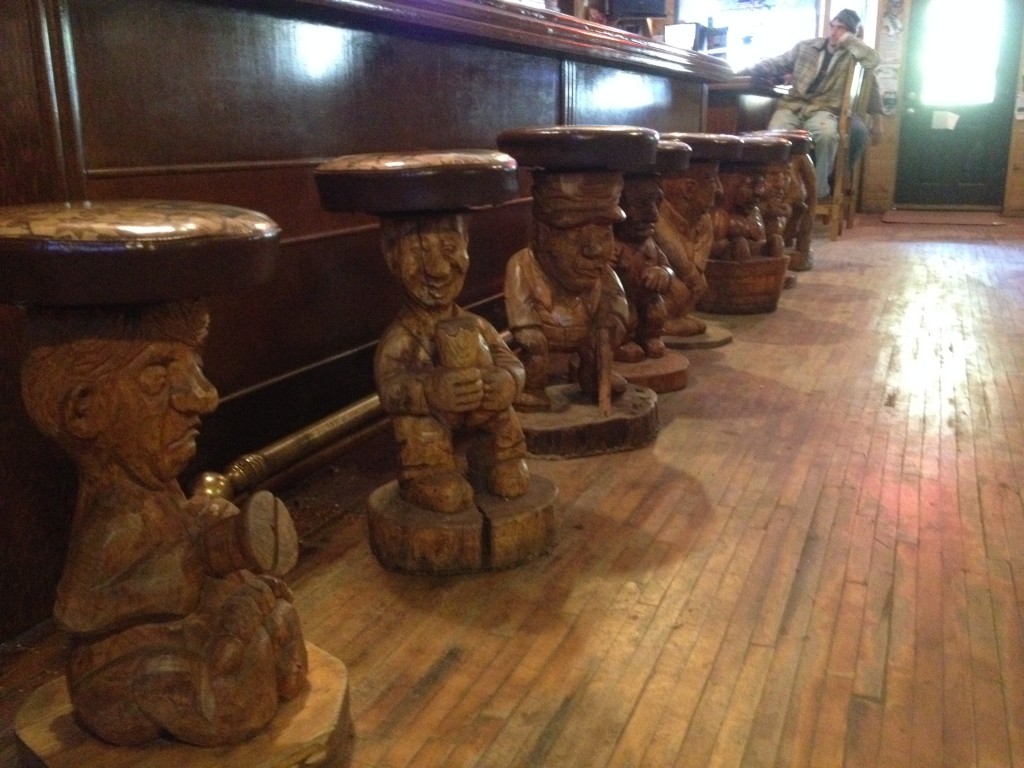 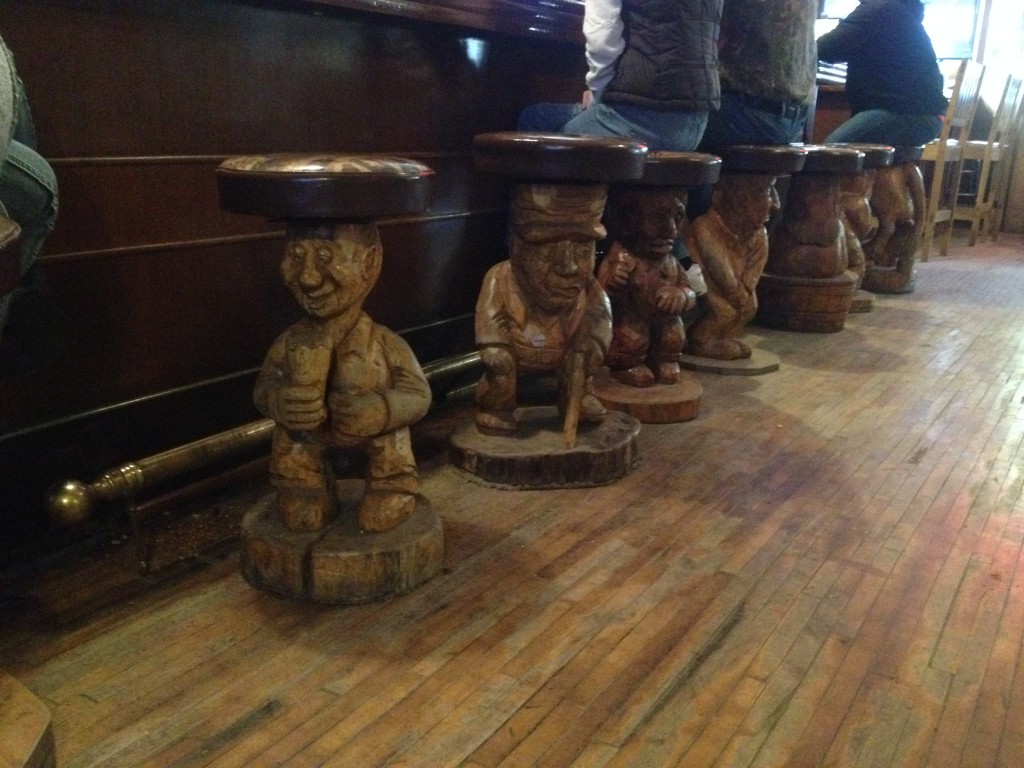 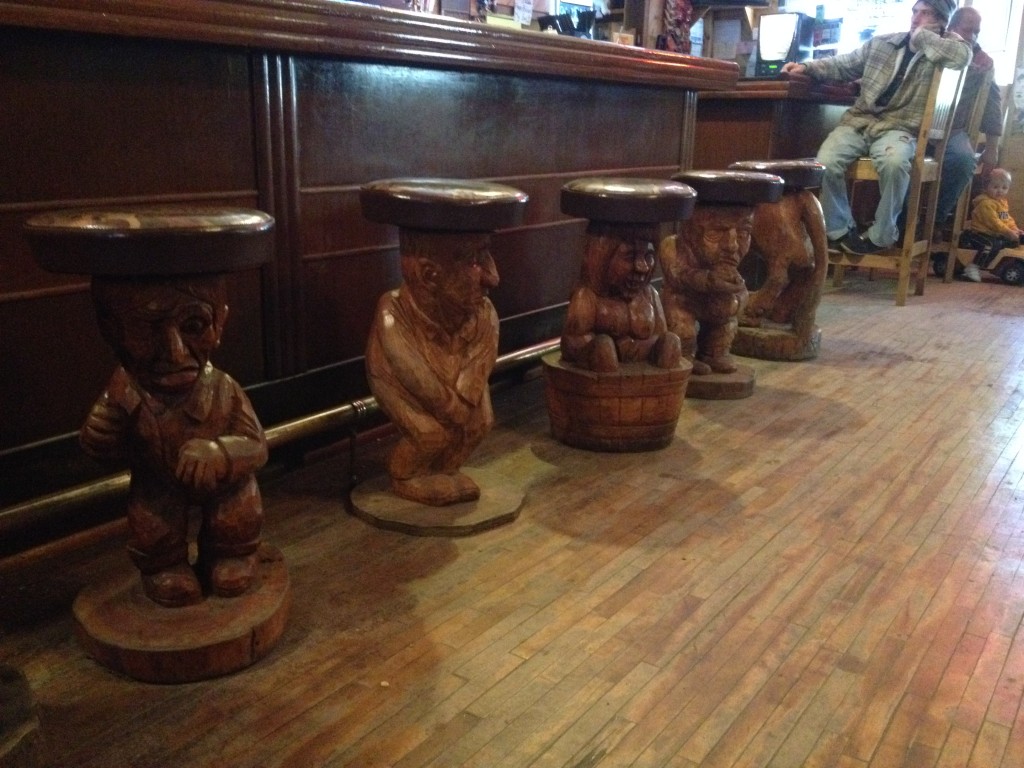 The barstools were carved by a local by the name of Cliff Letty, who also carved the bartop as well.  The laminated bar counter features a relief carving of Minnesota outdoors scenes. Letty was a baker, carpenter, and sculptor, and he created the trolls at his shop near Sandstone, MN.  The stools were recently featured in the 3rd edition of Minnesota Curiosities, which is what led us to make a pit stop through on the way to Duluth. 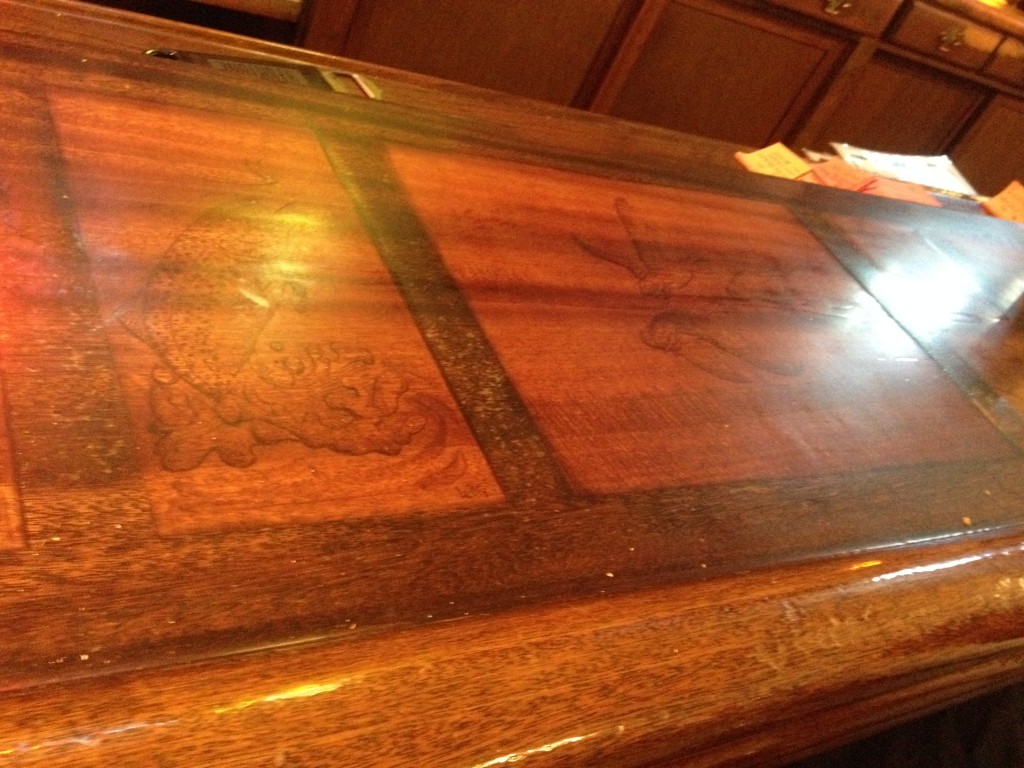 Lawler is part of the McGregor post office zip code, but from 1901-1960 it had its own zip code. In fact, Lawler was a logging town dating back to the 1800’s, when the original Lawler was decimated in The Great Hinckley Fire in 1894. The town rebuilt, and stayed mostly under the radar for the next century.  The building in which Jackson’s Hole is housed used to be the town general store, but that closed down in the 1970s, and in 1980, it became a bar. It is one of the only remaining buildings from the town’s beginnings.

Jackson’s Hole is everything you’d expect for a middle-of-nowhere joint:  locals bellied up to the bar; bikers, ATV-riders, and snowmobilers stopping in on their way through;  cold beer, bar food, sports on TV, and the best collection of unique barstools in the state.  The bartender told us that people often inquire about buying them. They are of course invaluable, since the creator has since passed away.  They are sturdy and heavy, quirky and fun, but over time they will likely wear down beyond the point of restoration.  Let’s hope they save one or two for future generations to enjoy.

**Editor’s Note:  The town was decimated by the Fire of 1918, not the Great Hinckley Fire, as readers have pointed out.  Guess that’s a few points docked off the book Minnesota Curiosities Vol. 3.

While in the area:  If you pass through around Thanksgiving, check out the Fish House Parade in Aitkin which takes place on Black Friday of each year.  Also keep your eyes peeled if you’re in Lawler:  This area is only mere miles from where the Minnesota Episode of Finding Bigfoot was filmed.