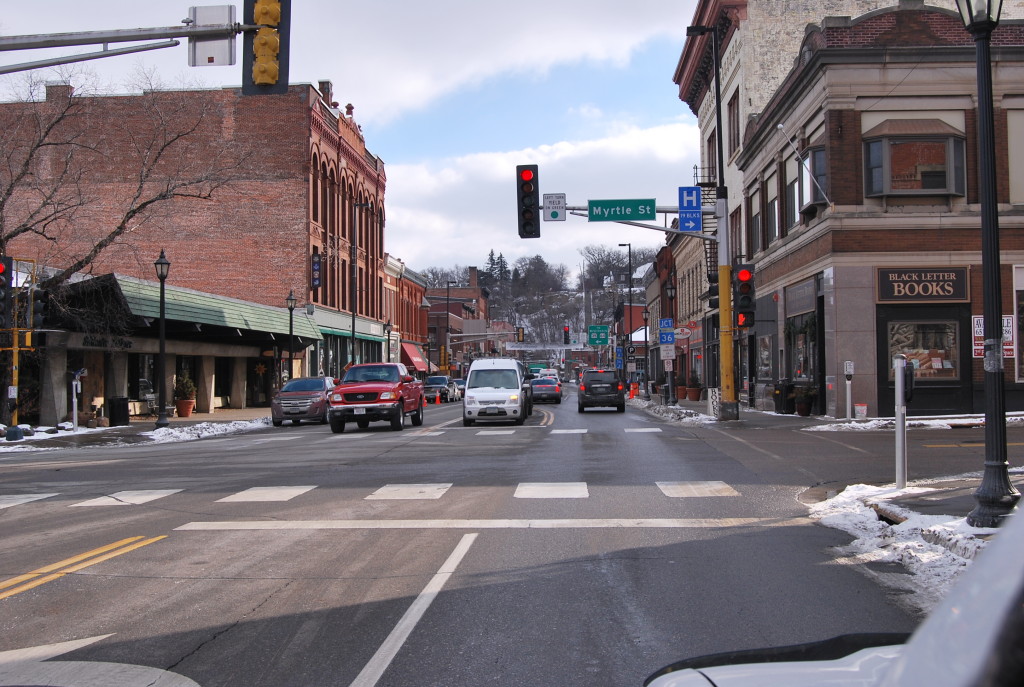 It’s easy to make a case that Stillwater might be the prettiest city in Minnesota. There’s a lot to do there, most of which is found along the main stretch of the downtown buildings: there are shops, restaurants, a winery, a brewery, antique stores, and parks along the scenic, bluff-lined St. Croix River.  Head up the steep hill towards the historic courthouse and see blocks and blocks of impossibly beautiful Victorian homes. It’s one of the coolest cities in the state, and is also and the official birthplace of Minnesota. And part of Stillwater’s downtown is cut right into a section of a sandstone bluff; inside there are man-made caves which date back to the late 1800’s.

The Joseph Wolf Brewery Caves have a rich history that you can learn about by taking one of the public tours. They run $7/person and take maybe 30 minutes depending on the group size (ours was shorter being there was just two of us on the tour). The tour guide explains the history of the caves, starting in the 1860’s and changing hands several times before settling on its final name in 1896: The Joseph Wolf Brewing Company. 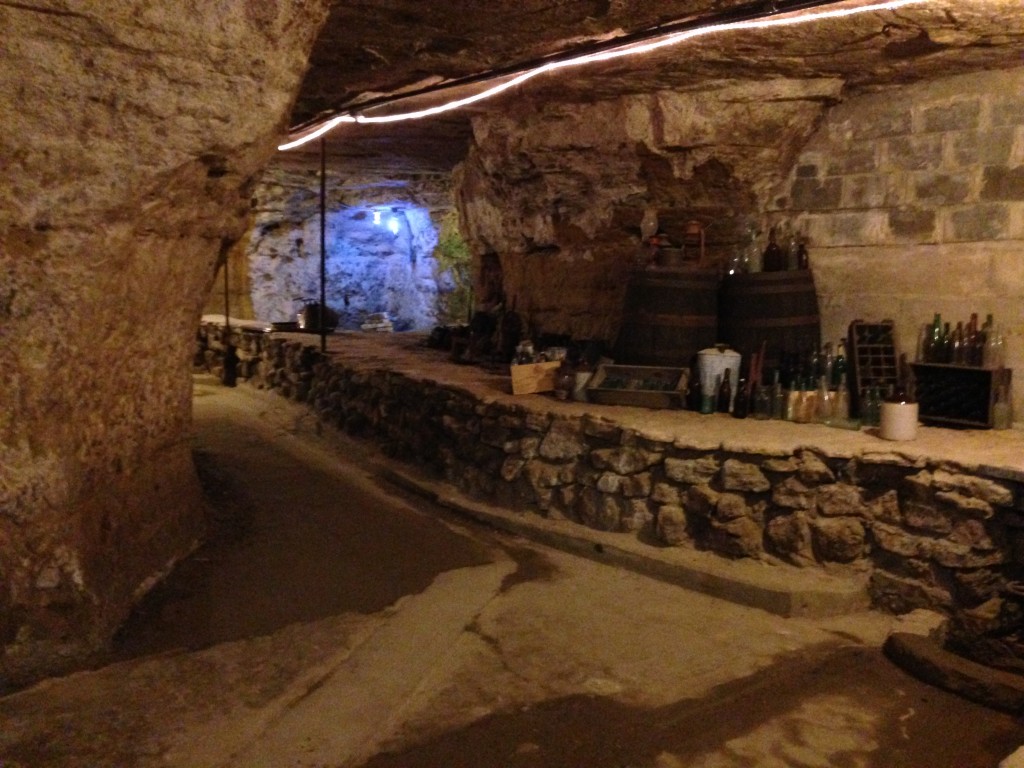 The tour starts by showing a natural spring inside the cave which Joseph Wolf used to brew his beer.  The tour winds through caverns where interesting facts and features are pointed out,  such as mine shafts where ice was lowered into the caves; a section that once collapsed killing 2 workers (below);  a wishing well, and even one of the original rowboats from the cave’s later years when it was used for a novelty purpose. 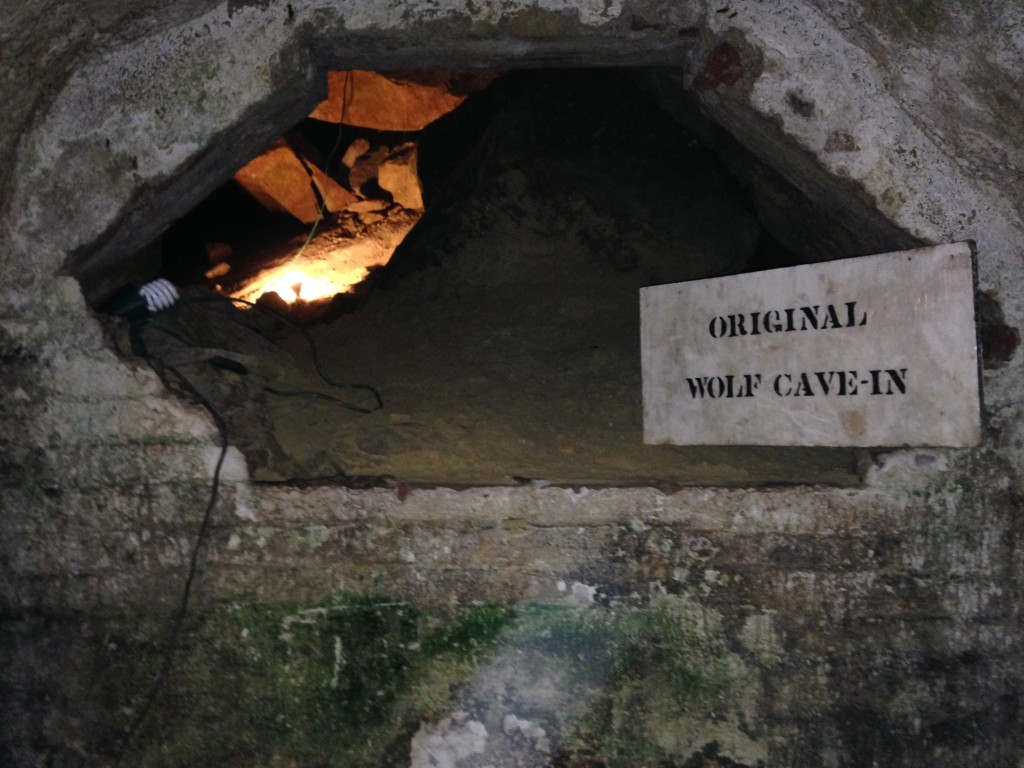 The brewery prospered around the turn of the century as one of the more successful breweries outside of the twin cities.  When Prohibition struck in the 1920’s, the brewery complied and did not participate in bootlegging.  Joseph Wolf died a year later, legend has it, from a broken heart from not being able to produce his beer anymore.  The business soldiered on, bottling other beverages such as sparkling water and sodas until 1925, when the business went defunct. The guide explains how the caves were later flooded and stocked with fish, used as a tourist attraction where you could ride through the caves in a boat and pull fish out. 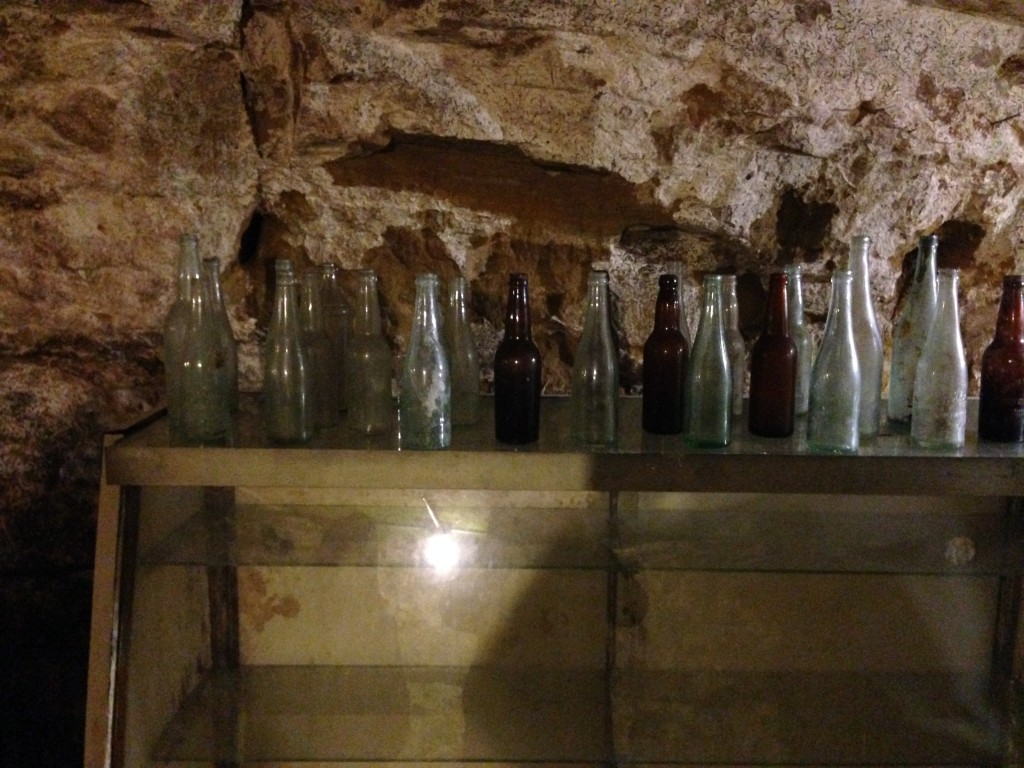 Many of the original beer bottles are shown during the tour, and the guide explains that none of the original beer recipes were are known, much to the ire of beer enthusiasts who want to revive the fabled brew.  Currently, the caves are used for wine tasting (below) available via a Groupon deal or private session, public tours, and the space can be rented for wedding receptions and other events. 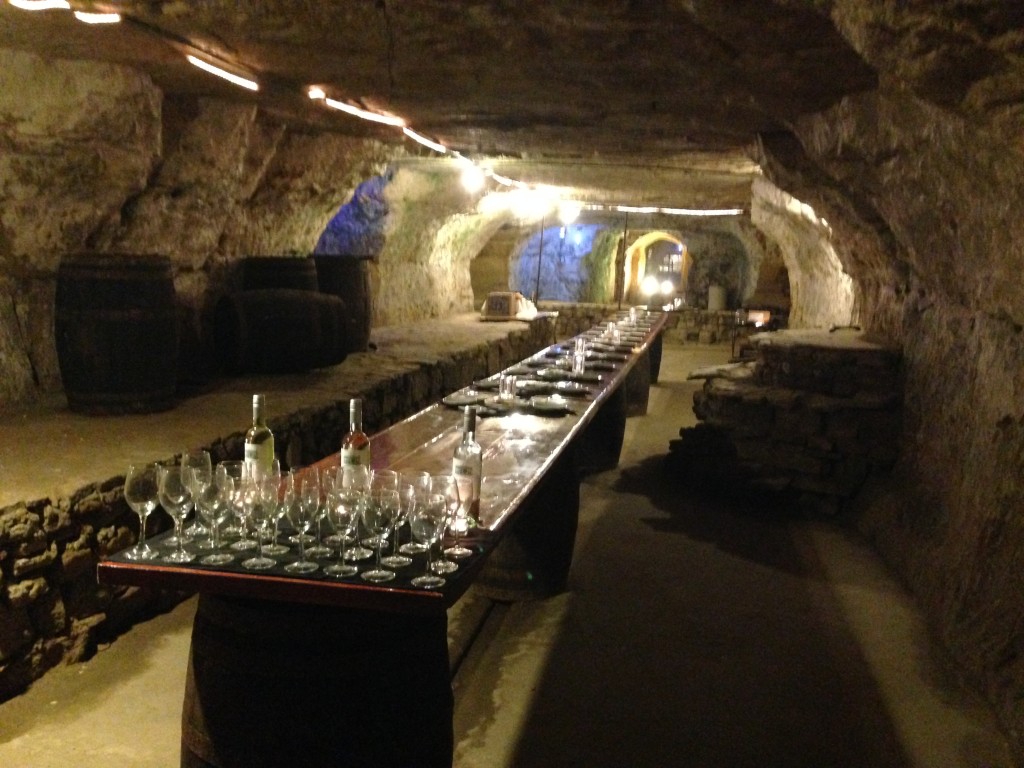 It’s hard not to enjoy a cave tour.  It was fun to learn about the different operations and processes that went into brewing beer in a cave, and the history of the Wolf Brewery and its future.  The cave tours are just yet another thing that makes Stillwater such a fun and unique city to explore.

While in the area:  There’s a lot to do in Stillwater, as previously mentioned. It’s not hard to kill a day here walking up and down the beautiful main street.  And the caves are connected to a great little Italian restaurant and wine bar called Luna Rossa, which is a nice way to cap off the tour.