Perpetually referred to as the “State Bird of Minnesota,” the pesky, blood-sucking pest known as the mosquito is one of the very few drawbacks of the short-lived summer season in Minnesota.  They come out with a vengeance at dusk for about an hour or two every night and really never truly leave you alone, even after layers of stinky OFF! repellent.  Yes, the mosquito is a nuisance, but Minnesota has embraced the bothersome insect in the best way we know how – by creating numerous statues depicting our least favorite pest. 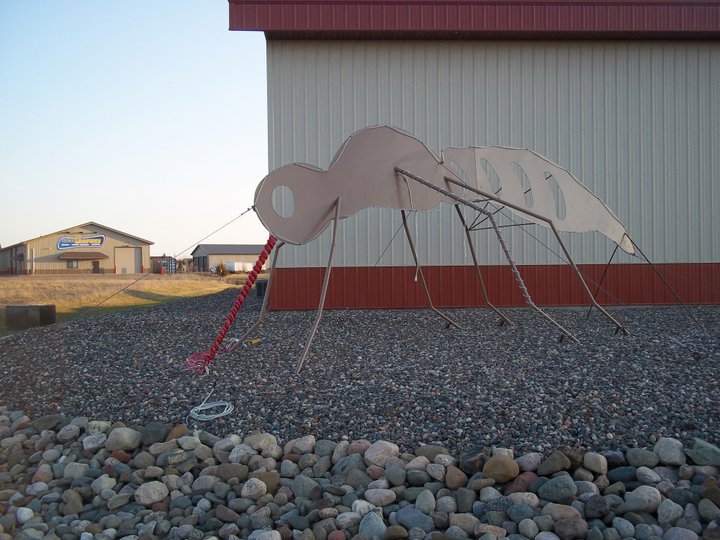 In Clearwater, the little truck-stop town northwest of St. Cloud, there is the largest mosquito in the state, visible from the interstate. It’s made out of sheet metal and advertises an extermination company.

Then there’s the Hairy Mosquito outside of a general store in Milaca.  The big metal ‘skeeter is made out of scrap metal and has a water auger for a nose. Each September, the trading post holds the annual  “Bloodsucker’s Bash.” 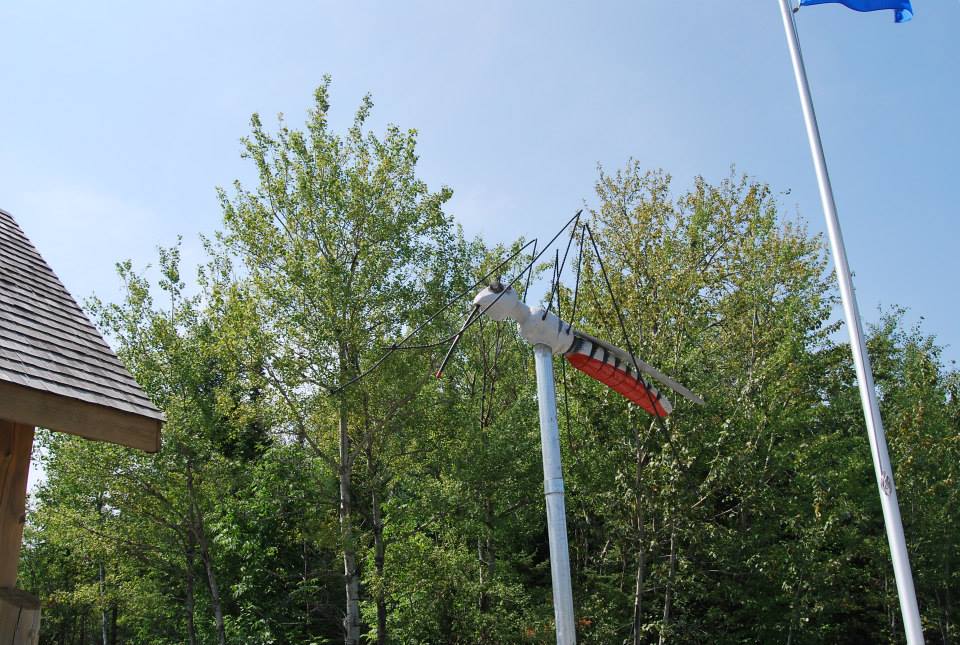 And in the tiny dot-on-the-map town (and one of the last areas to be settled in the state), Effie, is a large mosquito statue as well.  It formerly sat on the ground next to the town’s Welcome sign but in recent years has been raised on a pole off the ground.  Effie bills itself as the “Edge of the Wilderness,” which is a very true statement indeed.

Also to be found is a scrap-metal rusty mosquito sitting near the visitor’s center at Lake Bemidji State Park outside of Bemidji, MN. 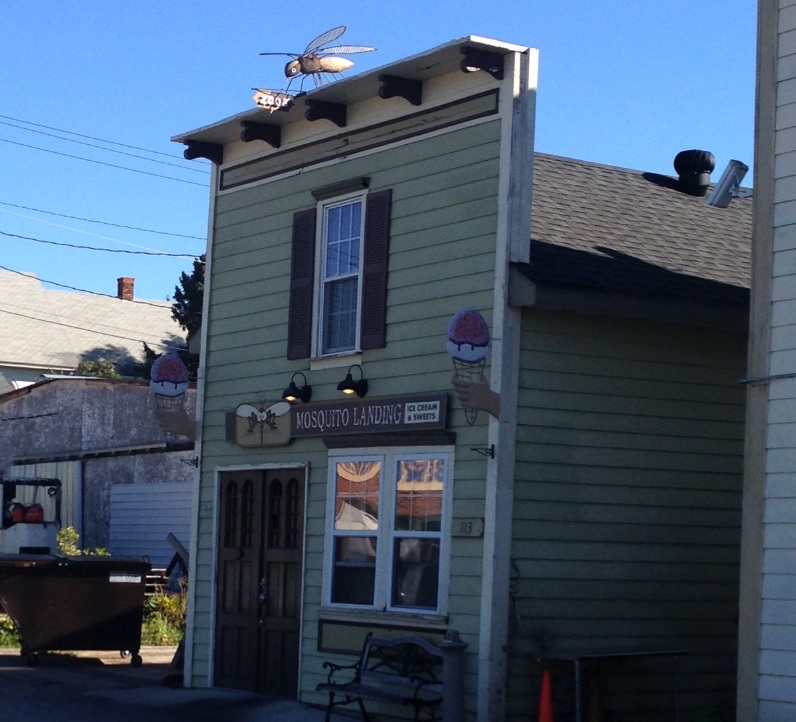 And lastly, perched menacingly above the Mosquito Landing Ice Cream shop in Rothsay is our last big bug on our list; a 5-ft mosquito watches patrons enter the snack shop in downtown Rothsay year-round. 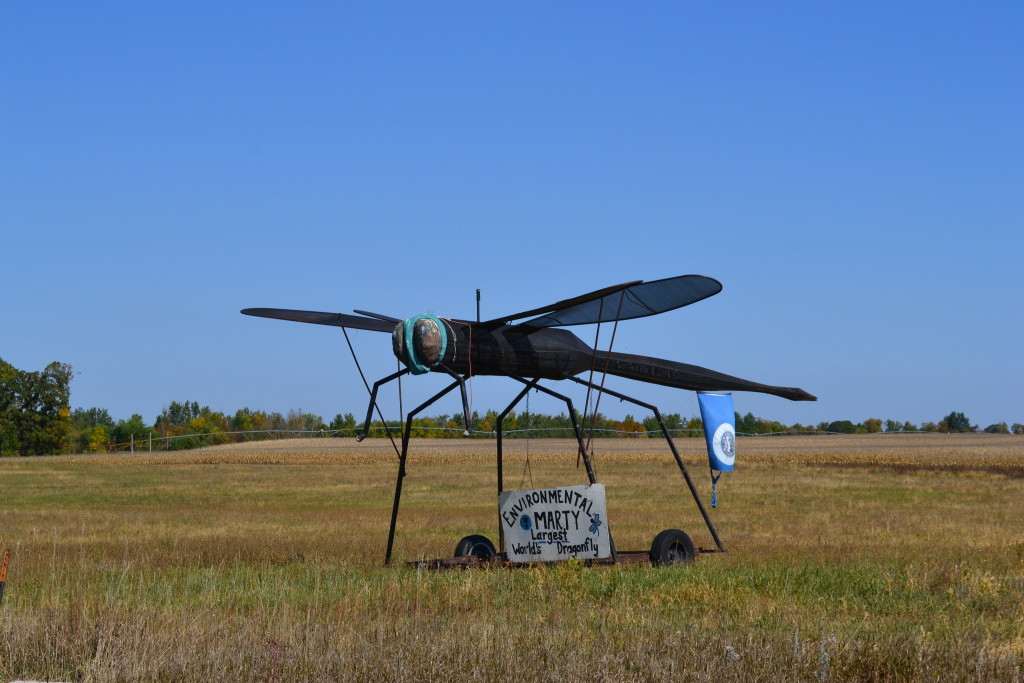 However, the mosquito does have its predators; bats, spiders, even some birds and fish.  So, to combat all of the giant mosquitos, Minnesota also has the “World’s Largest” Dragonfly!  Its name is Marty and it was built by a local High School shop class around 2010.  The dragonfly is on wheels, meaning he is mobile and can be used in parades or parked outside for different events. Unfortunately that also means you never quite know where he is in case you wanted a photo.