Heading northbound on Interstate 35 towards the Twin Cities, motorists often catch a glimpse of a giant shark, a spaceship, and a massive guitar as they enter the Lakeville city limits. There is a hand-painted sign for “Hot Sam’s,”  but what exactly is going on? It is a junkyard? Is it an antique store? A sculpture park? Where did these items come from?  Who exactly is Hot Sam?

Entering the long dirt road into Hot Sam’s offers more questions than answers.  There are 10 acres of bizarre items, everything from amusement park cars to actual cars; statues, traincars, and outbuildings full of antiques; and even a small lake with a UFO suspended over it and a crashed plane beyond. It’s all for sale.  Chickens roam the grounds. The owner, Jake Hood, moseys around on a golf cart or a skidsteer, conversing with tourists.  We’ve seen the weirdest of the weird in Minnesota, and this one is no exception. If you’ve ever wanted to feel like you were on your own episode of American Pickers, then head here. 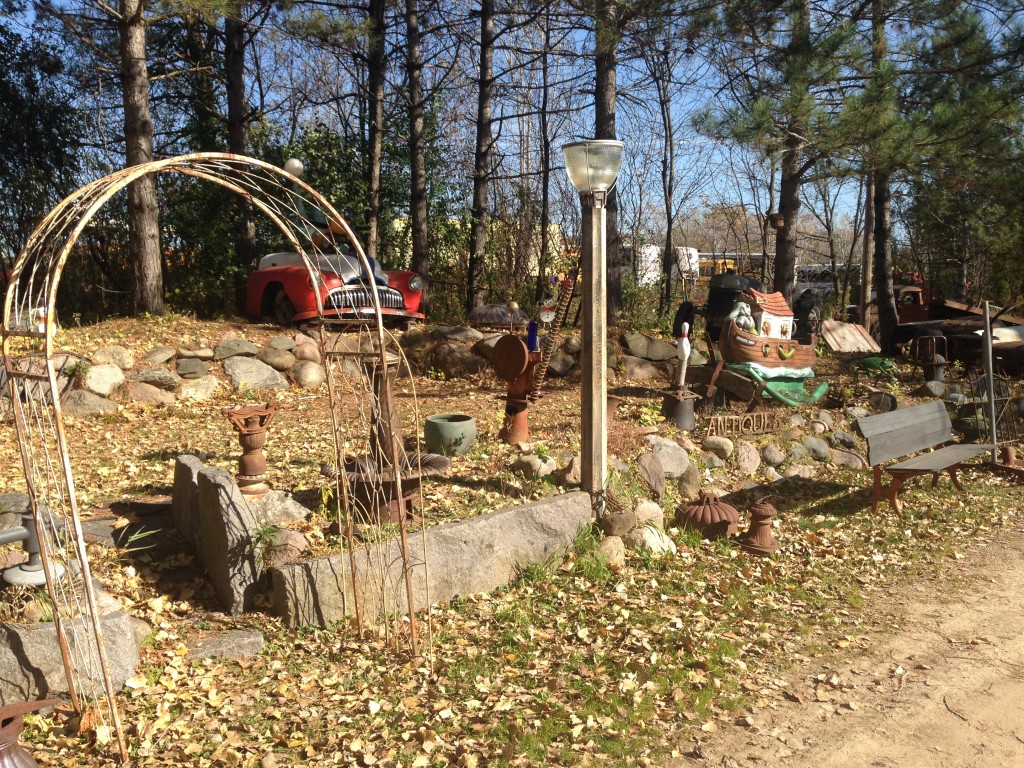 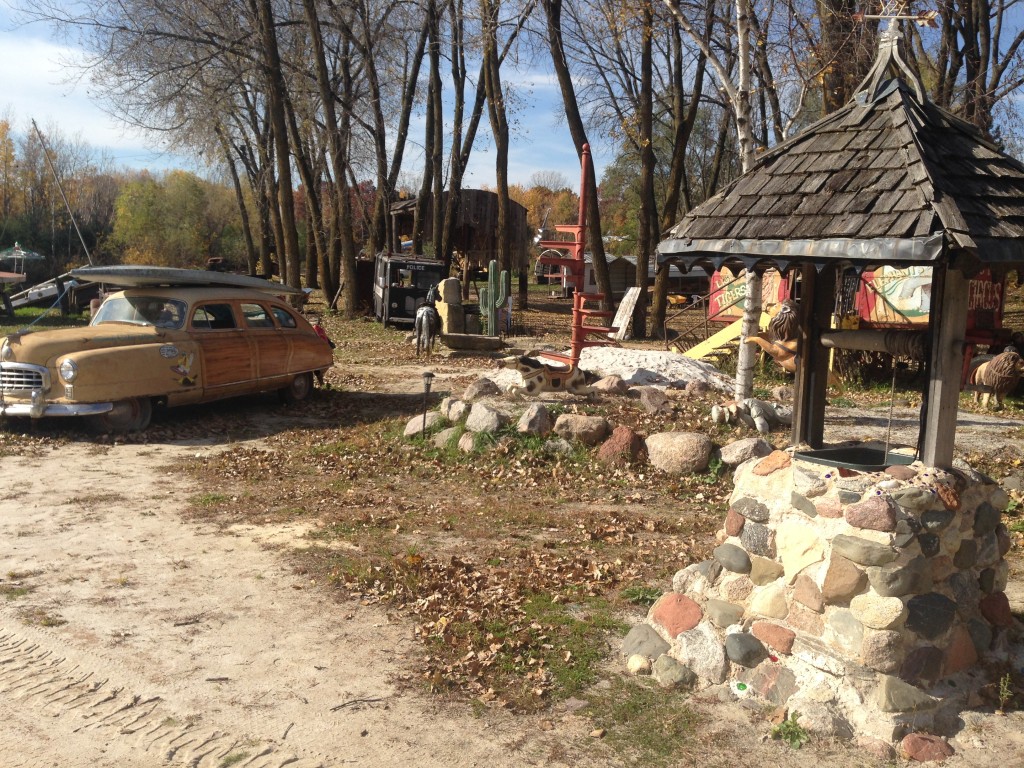 Hot Sam was actually the nickname for the original owner of the place, Gladys Hood. She inherited an antique business from her father in the 1960’s and built the place up from there.  Hood was an established race car driver and daredevil, and in later years collected, picked, traded, and built what exists here now.  I actually had met her once around 2009 while working in Burnsville when a co-worker and I swung over on our lunch break.  She passed away not long after, and her son Jake now runs the joint. I had always wanted to go back, and in October 2017, we did just that. 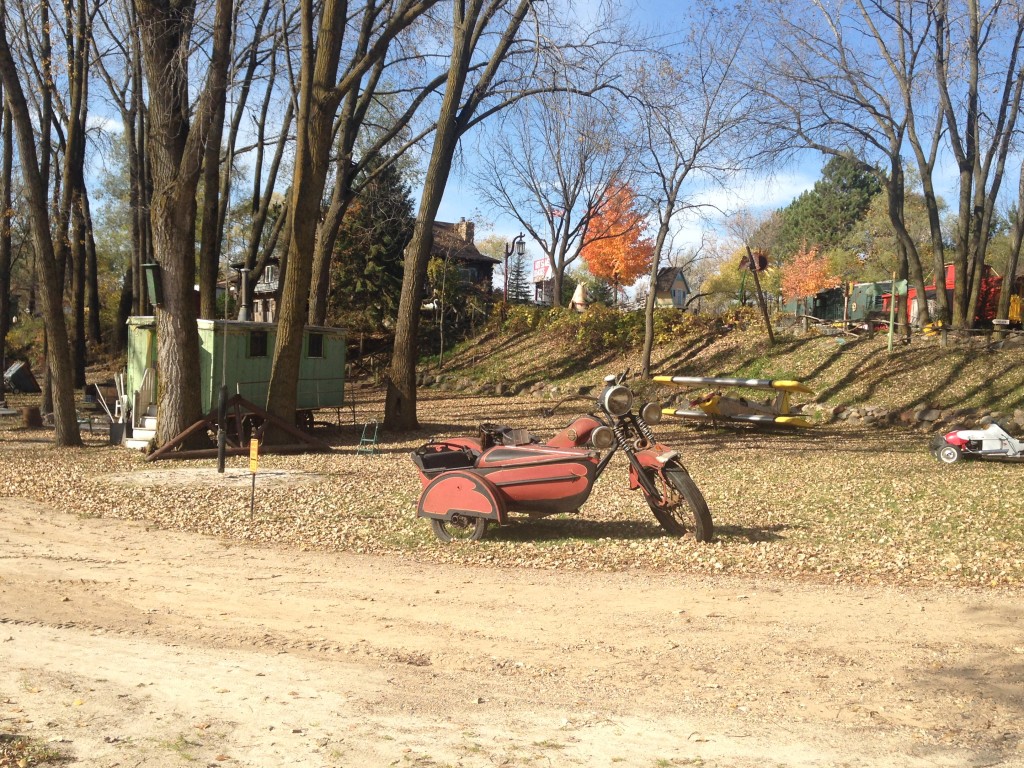 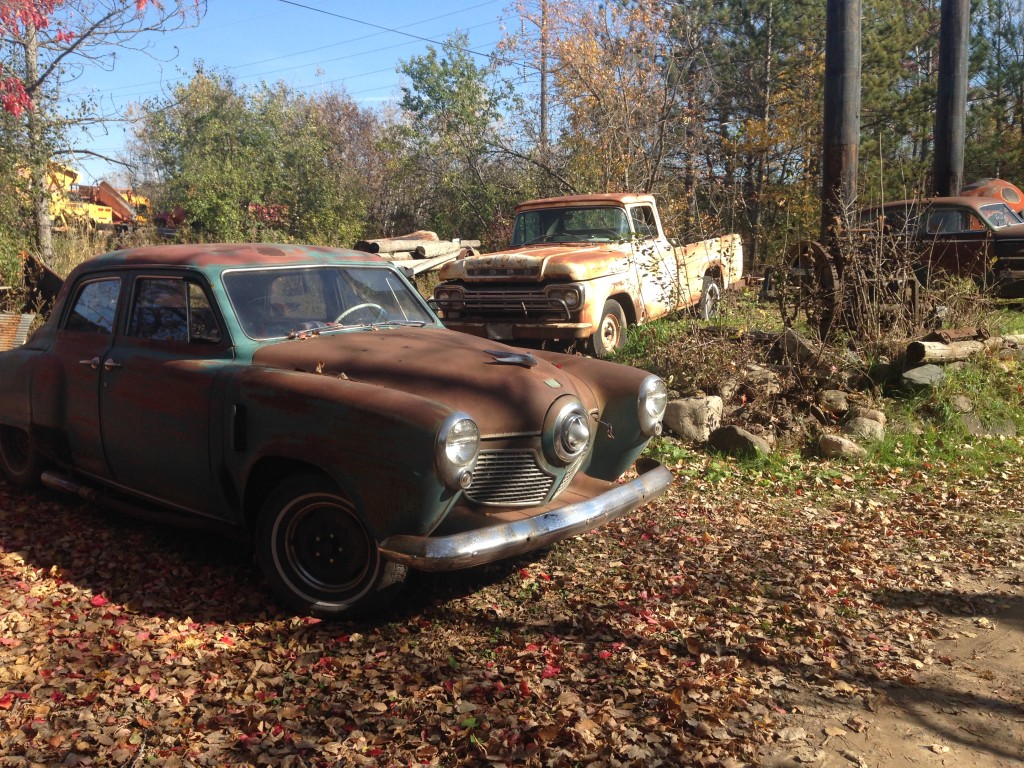 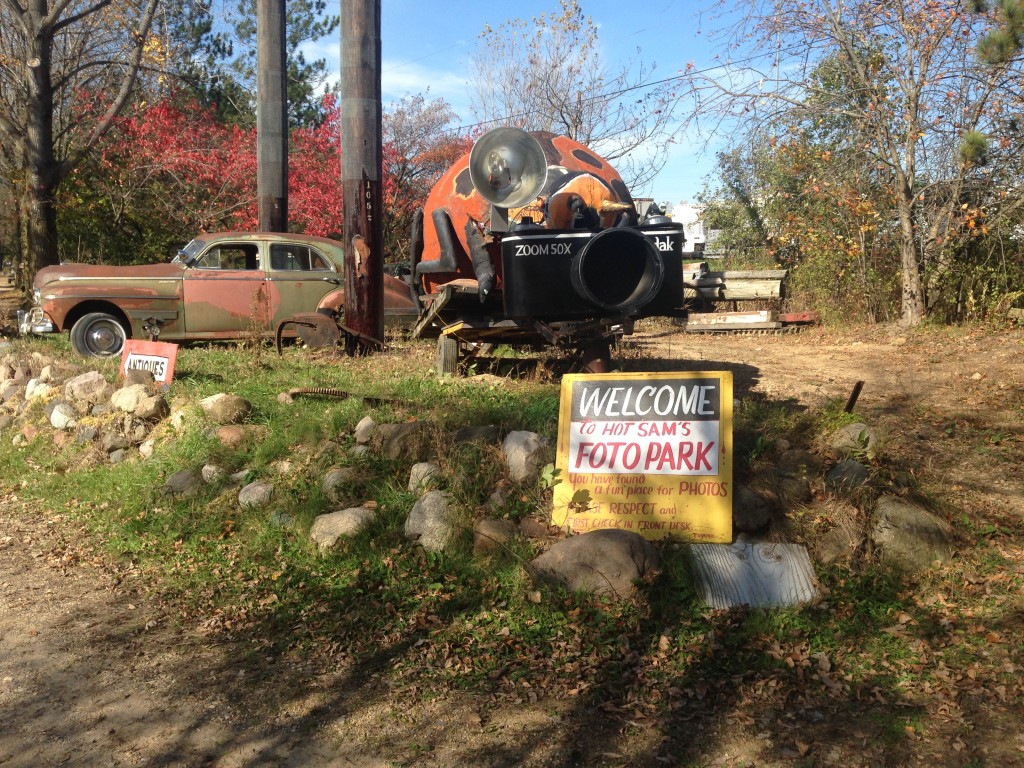 Words don’t describe, nor do pictures do justice, of the amount of random things there are to see here.  It is a photography mecca, as one sign even refers to it as a “foto park.”  I’ve read that the owner does charge a fee for professional photography, although we were never charged. There are also many sitting areas, a campfire ring, and hammocks to lounge in around the ground, indicating this is much more than just a collection of junk.  It is also their home, and a place where local sculptors and musicians gather, as do friends and associates of the owners. 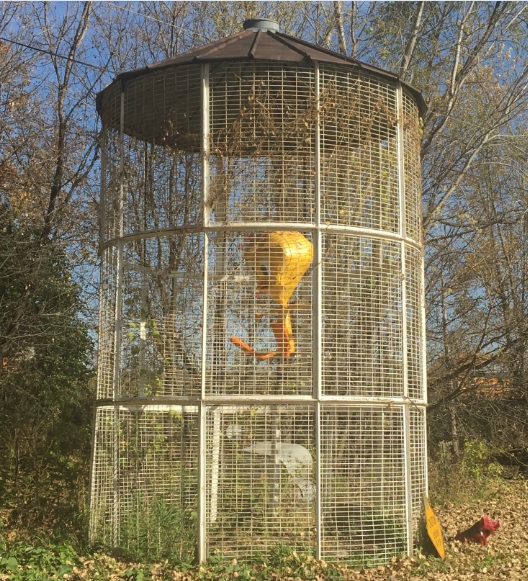 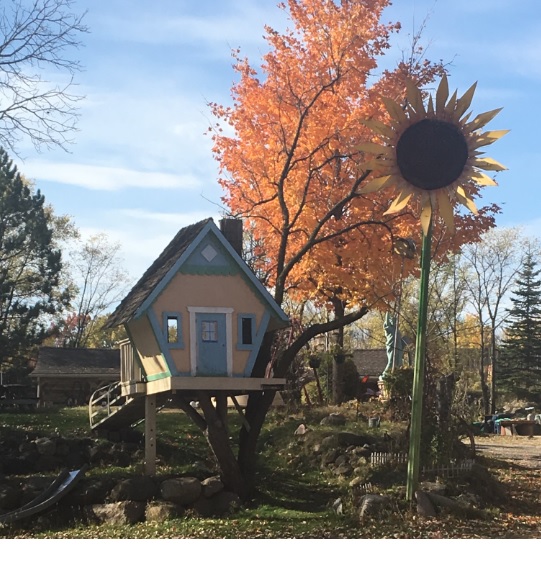 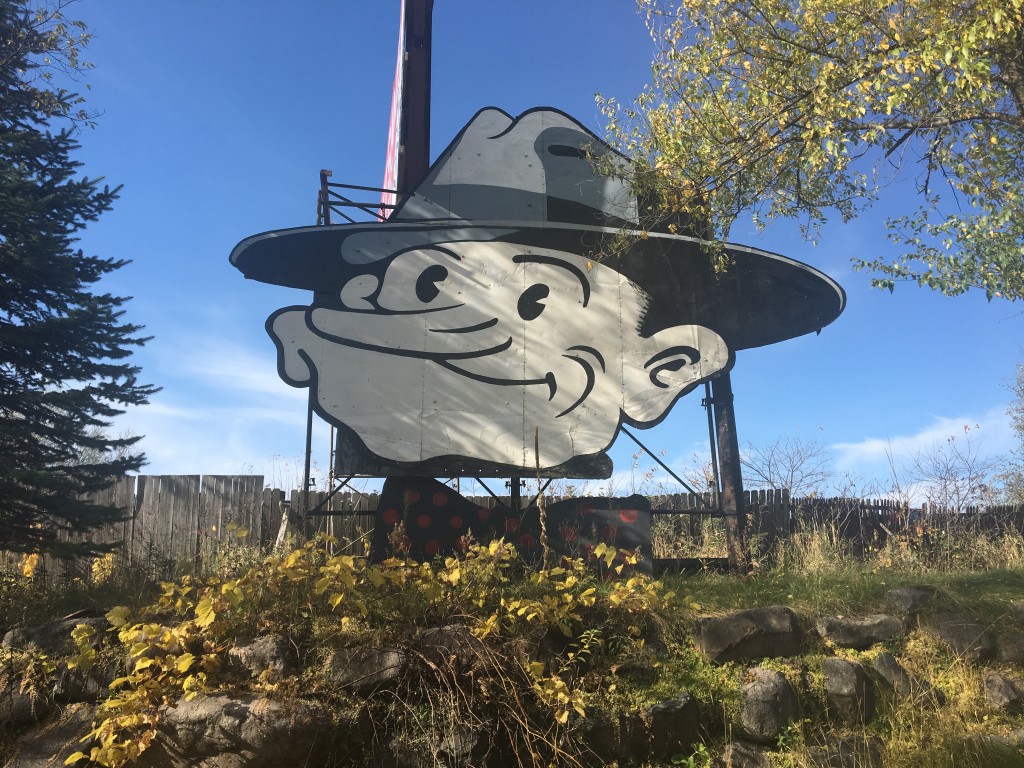 If you revel in the weird, eclectic, and downright bizarre like me, Hot Sam’s is a hoot. Plan for a solid hour or two and bring comfortable shoes, because you will want to explore this place. The owner will have stories (and you will too by the time you leave).  Hot Sam’s is one of Minnesota’s best hidden gems, and once you start driving down the long dirt road and see the oversized characters hiding in the woods, you’ll know you belong.

While in the area:  Head east of town a bit and check out Watt Munistoram, Minnesota’s largest Buddhist Temple, or explore the ruins of an abandoned WWII munitions factory in Rosemount called Umore Park.