It’s hard to believe, but long before the days of GPS, radio, and even radar, pilots relied on a very primitive but effective navigation method.  Scattered all across the US, a series of giant, yellow, concrete arrows were put in place in the ground in the 1920’s, visible from high in the sky, primarily to guide airmail pilots from city to city.  It was innovative at the time, a significant step up from relying solely on geological landmarks.

The concrete arrows directed pilots to the nearest city, but they were limited in that they were only visible during the daylight hours.  Dark skies, storms, and fog also eliminated their use otherwise, so not long after, the Postal Service added large beacon towers next to the arrows which further advanced the program.  The arrows and beacons were anywhere from 3-10 miles apart in some places, meaning there were over 2,000 of them at one point.  There were also crude landing strips every 50 miles in the event of emergency.

By the 1930s, technological advances, along with the Great Depression, rendered the system obsolete. Many of the beacons continued to operate for local navigation purposes, but a good many of the towers were dismantled as the need for steel was in demand due to World War II.  In fact, Montana still actually uses 3 of the beacons. 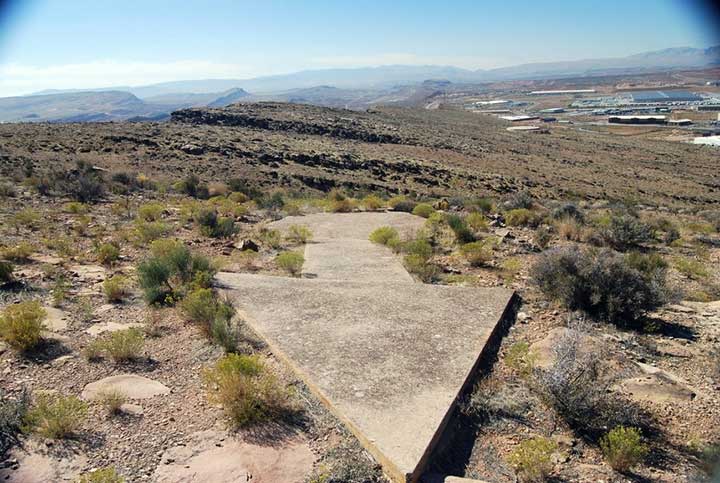 Minnesota still features one of the concrete arrows (Beacon 33), and it is found in the Twin Cities suburb of Cottage Grove, south of St. Paul. The arrow sits next to a house on private land, visible from a roadway adjacent to a section of farmland.  Most people drive by daily, completely unaware of its existence.  The owners of the land even put a basketball hoop on the flat end of the arrow.

There is one of the remaining beacons found at the Indian Mounds Park in St. Paul as well. The concrete arrow is long gone, but the beacon, dating back to 1929, has been restored and repainted. 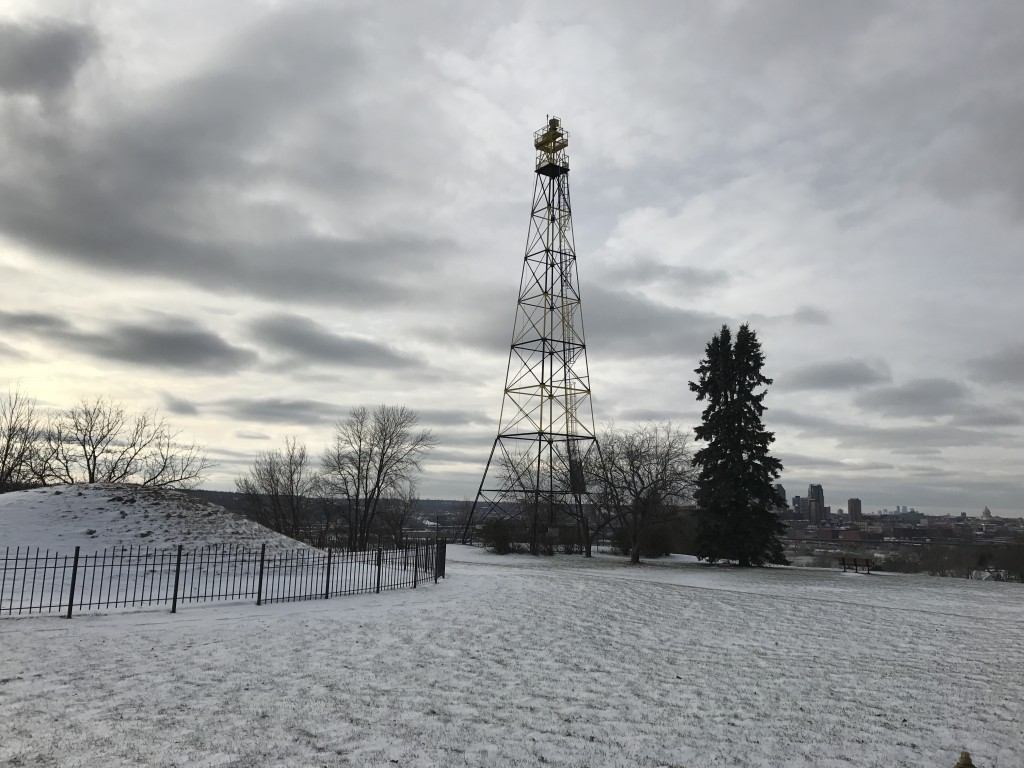 A few of the remaining arrows and beacons around the US have been restored to their original appearance, but the majority of them have either been removed or have succumbed to weather. The remaining ones are a remarkable symbol of an interesting past, and most people have no idea they even exist. A recent article in the Star Tribune tells of the arrow in Cottage Grove and the landowner’s desire to keep it, a mini tourist attraction hidden in plain sight.  Good on him.

While in the area: Cottage Grove is just north Hastings, which is a fun little town to explore, or head a bit west and check out Umore Park, another decaying remnant of a past era.  East of Cottage Grove is Afton Alps Ski Area and Afton State Park.