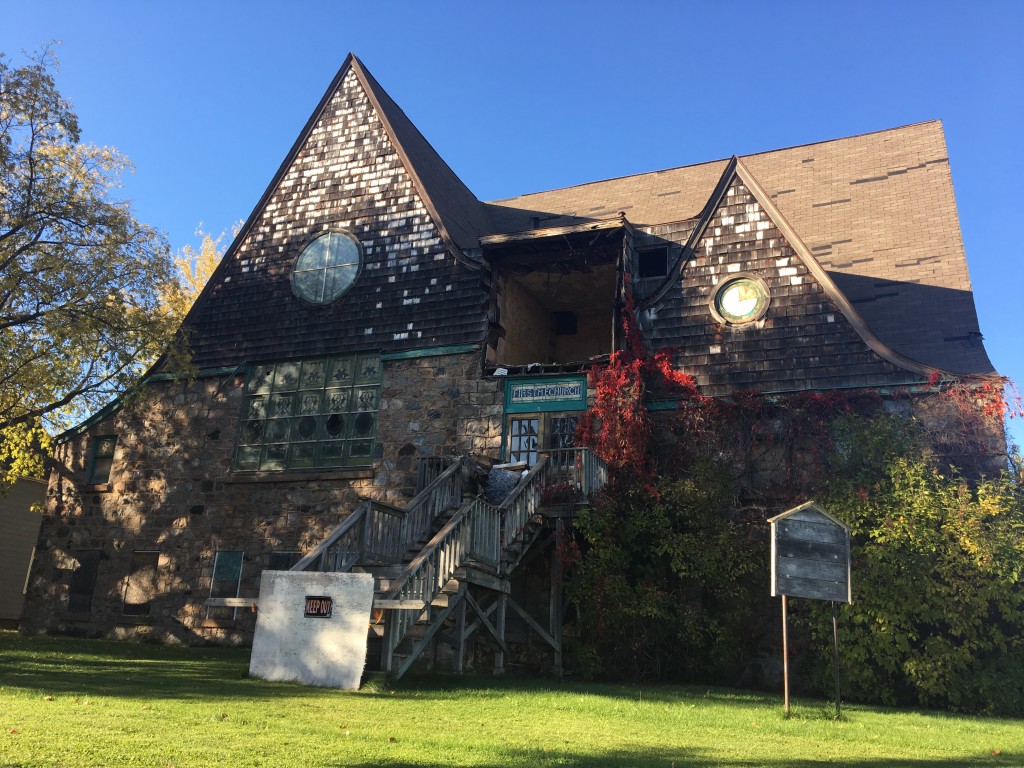 Coleraine, one of the first few towns on the Range as you enter from Highway 169 out of Grand Rapids, is home to some great architecture.  There is a historic log-cabin style church, a Neoclassical Carnegie Library, a Renaissance-revival City Hall and High School, and an abandoned Shingle-Style Church, further falling into disrepair. 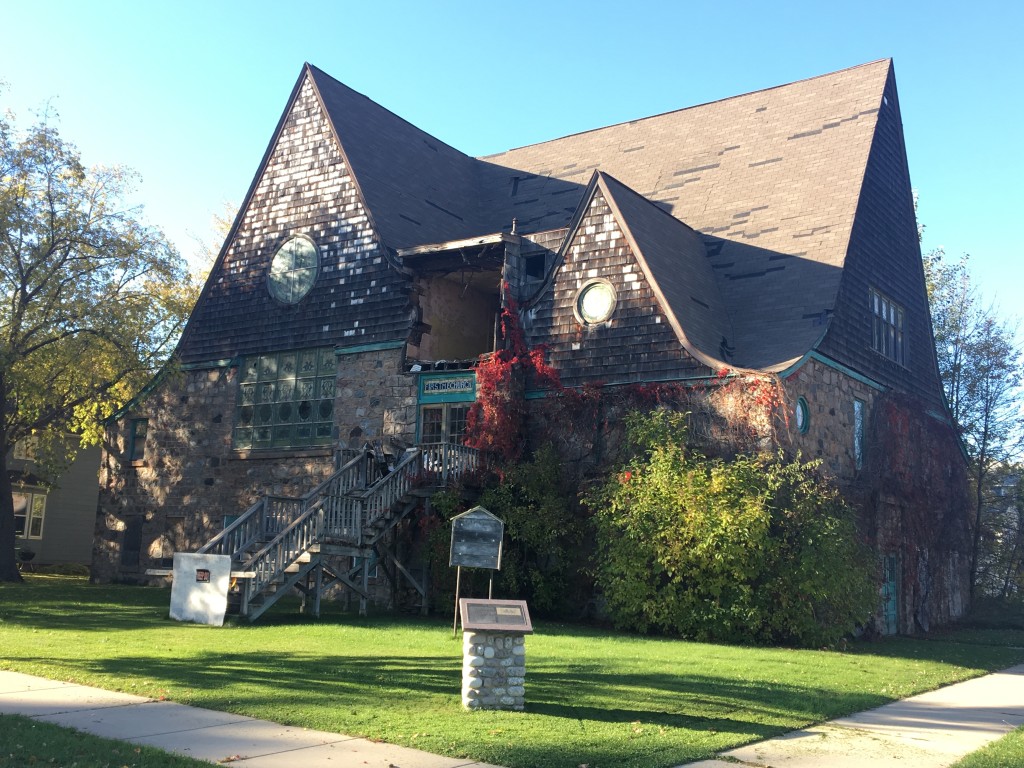 Built in 1908-1909, The Coleraine Methodist Episcopal Church was the first church to be built in Coleraine, and is one of the most impressive churches in the western region of the Range.  It was built as part of something called the “Akron Plan,” which included, along with the church, a gymnasium, classrooms, and a kitchen area for Sunday school and gathering area for young adults. It was designed in part with the local YMCA as an alternative to the nearby liquor establishments. 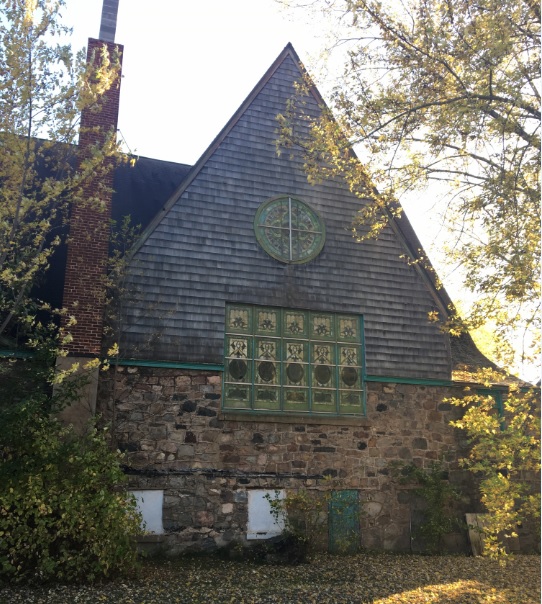 The impressive structure features rectangular and circular stained-glass windows; the lower two levels are built of locally-collected fieldstone with shingled gables on the upper sections. Over the years as the Iron Range boom declined, the church fell into severe disrepair.  It has been in private ownership since the 1970’s.There have been several repair attempts, with some new windows on the lower level added (but now boarded up); however the front portico has crumbled and the main staircase has been blocked off. 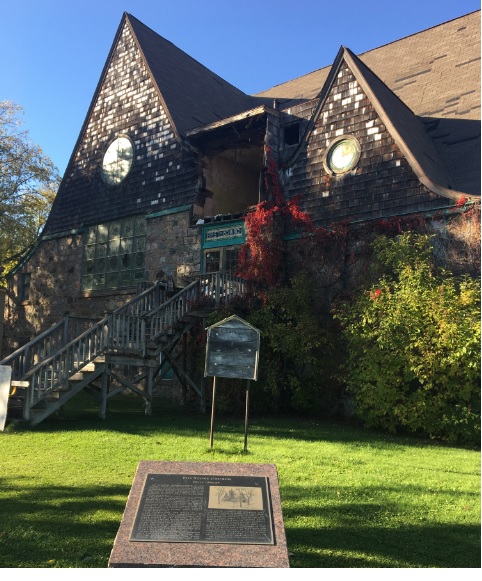 A local we spoke with said the building is up for sale, and another source we spoke with said a demolition bid was recently quoted.  It would make for an incredible home or art studio. It is sad to see such a beautiful edifice fall into such a state, and as with many abandoned places, its future is largely unknown. 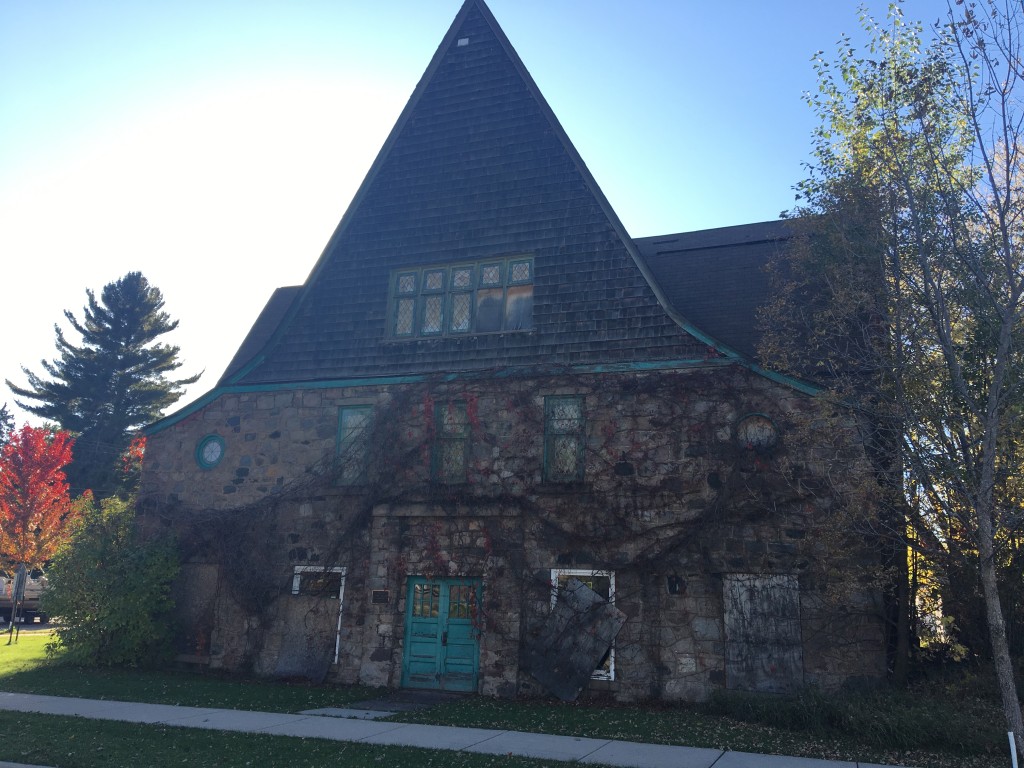 While in the area:  The nearby Hill Annex Mine State Park is open during summer months for a tour of an open pit mine, or head further up the range to check out the incomparable Hull-Rust-Mahoning Mine.  The 132-mile Mesabi bike trail winds through the Range, and Grand Rapids has a great Zorbaz restaurant to replenish after a long day of exploring.