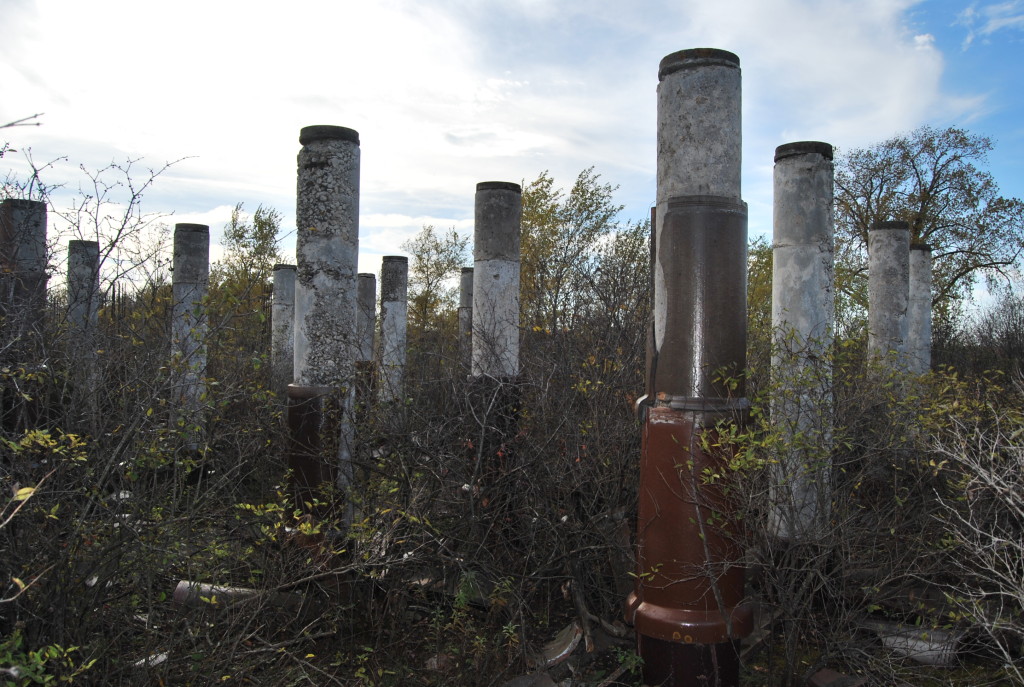 To most Minnesotans, “The Cities” is an all-encompassing term meaning anywhere from the heart of downtown Minneapolis to the far reaches of Elk River, Stillwater, Lakeville, or Lino Lakes.(I’ve even heard this include St. Cloud). To the purists, there’s a big difference between “The Cities” and the much-maligned “Suburbs.”  Many view the ‘burbs of Minneapolis-St. Paul as nameless, faceless bedroom communities for families, with soccer moms, chain restaurants, and strip malls.  But HighwayHighlights knows better.  The suburbs are home to some absolutely incredible and historic things, like the forgotten ruins of Umore Park in Rosemount. 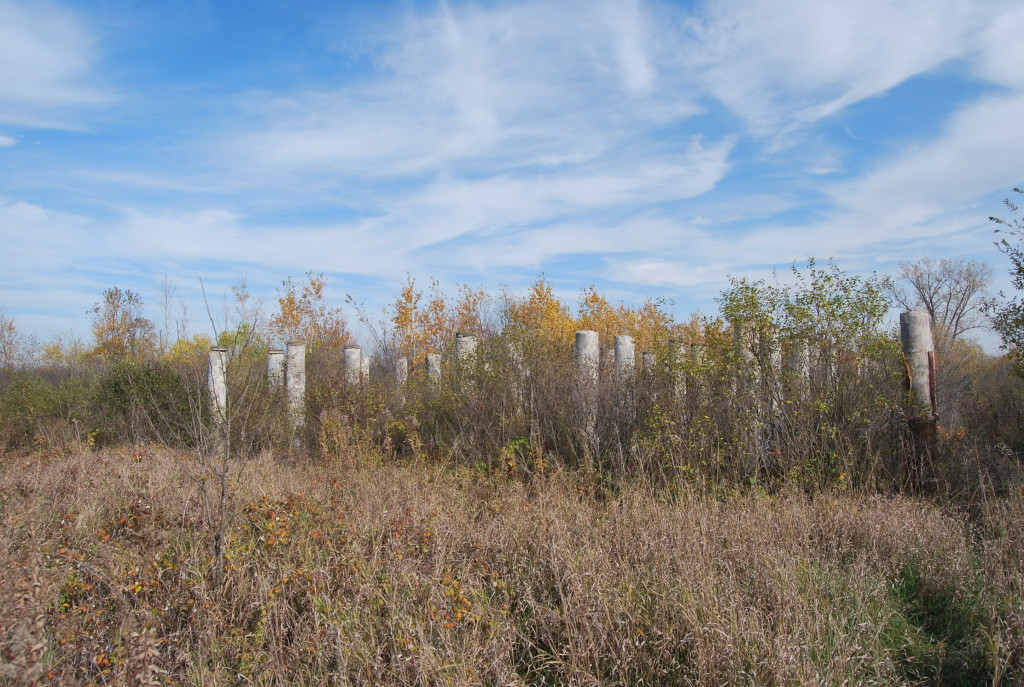 The story dates back to 1943. At the height of World War II, The US Government commandeered over 10,000 acres of farmland south of the Twin Cities, evicting farmers,  to build a smokeless gun powder and munitions plant in the fields of what is now Rosemount.  They named the project “Gopher Ordnance Works,” and over 800 concrete structures were put into place, primarily making ammunition for naval artillery shells.  By the time it started producing, WWII abruptly ended and the project’s full potential was never even close to being realized.  The plant halted all operations, including construction of further structures.

After the War, the project and structures were left completely abandoned and later deeded to the University of Minnesota, and the land was occasionally used for agricultural purposes.  Over the years, nature has overtaken almost every aspect of the former facility; 4 large gun-barrel smokestacks were demolished in recent years; and now the entire site is considered off-limits to the public, although you can drive the perimeter of the park and see many odd structures lurking inside the groves of trees and overgrown brush.  Brave adventurers often dodge the signs and explore on foot. 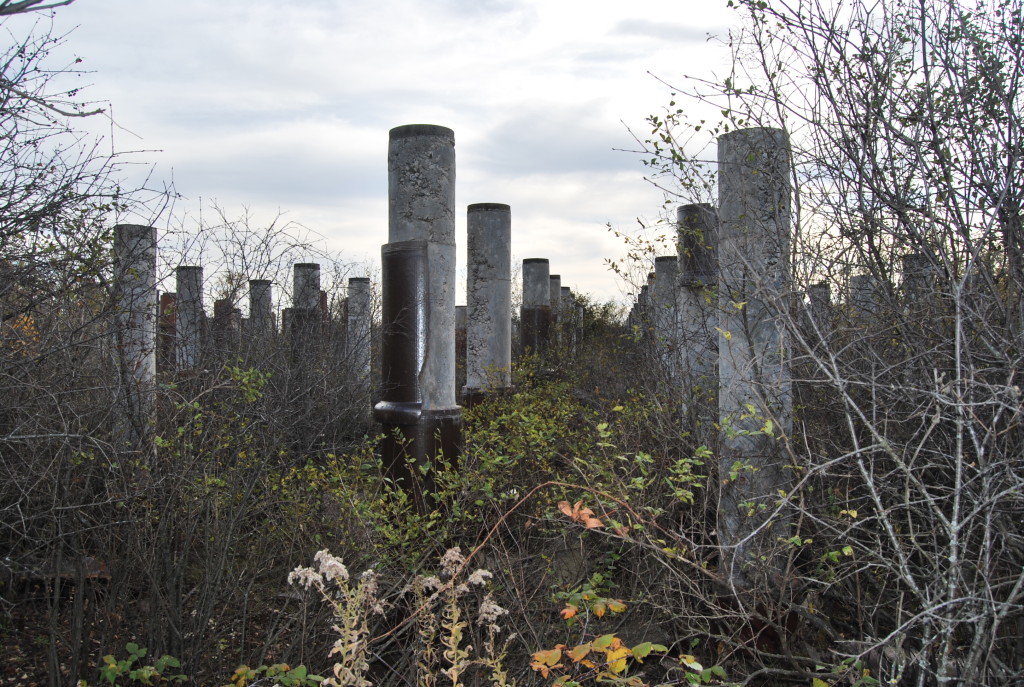 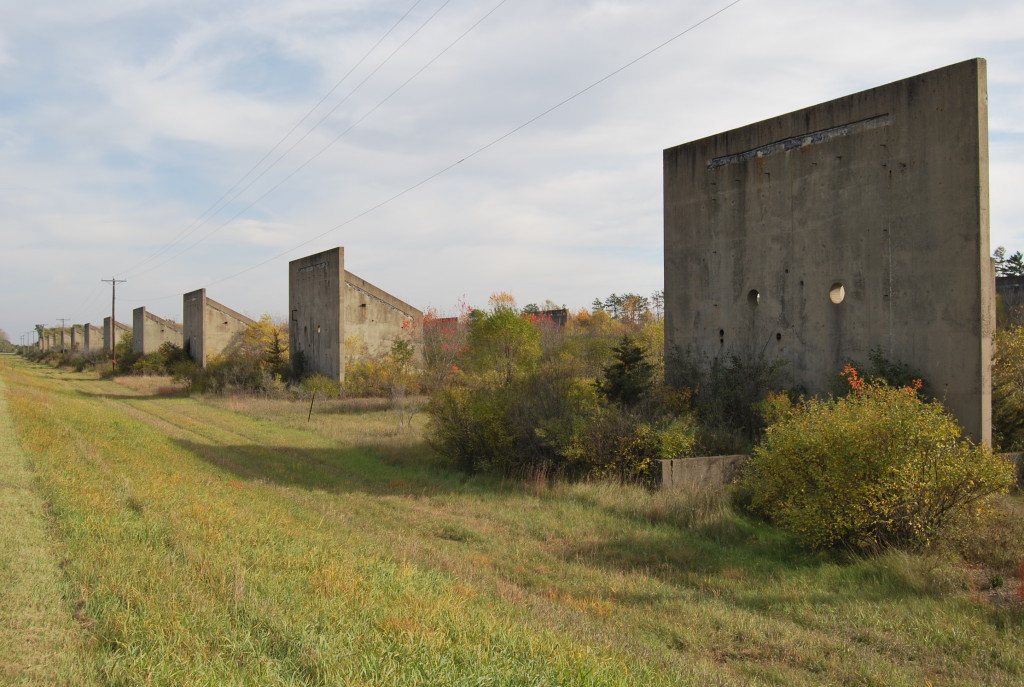 Dakota County Technical College sits adjacent to the ruins on a campus they refer to as “Umore Park,” and campus security often patrols the area.  Farmers work the land on three sides of the 10,000 acre square. Travelers passing by on the very busy county road running parallel  to the south side can see dozens of giant “T-Walls,” or blast walls, for the solvent recovery areas. The land is expansive and massive; there were hundreds of structures we were not able to see up-close, including old abandoned buildings that are rumored to have underground tunnels connecting them. 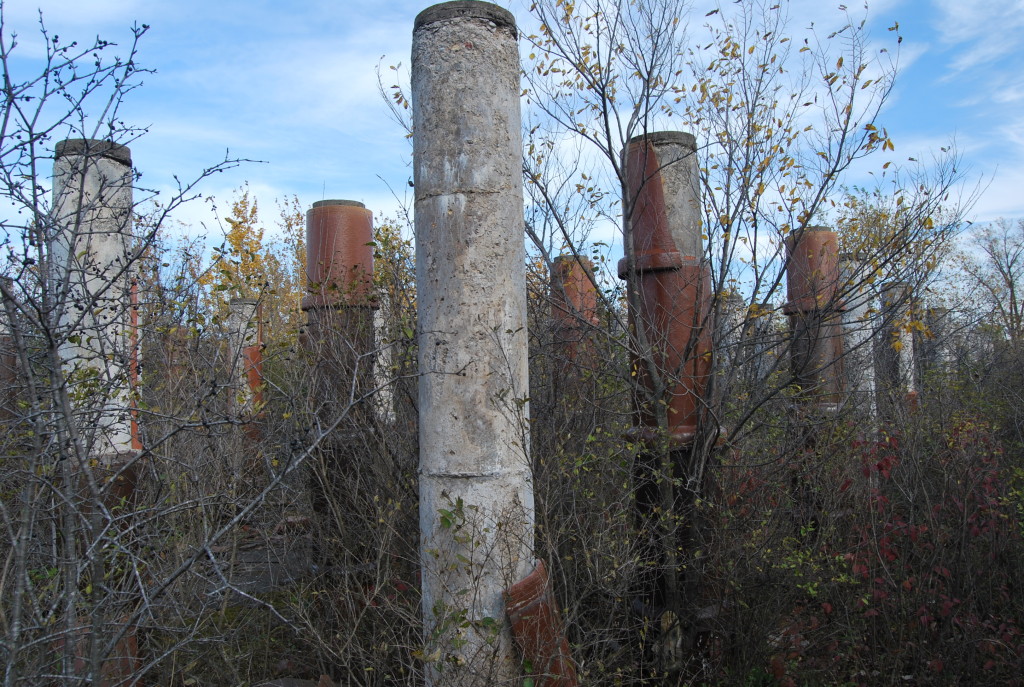 It is truly baffling that over 70 years later, the ruins of this magnificent place still sit in hiding, blocked off to the public and falling further into decay.  It could be a city, state, or county park, with walking paths with informational kiosks next to each ruin, explaining their original purposes.  But sadly, the University of Minnesota selfishly and stupidly keeps the ancient concrete temple all to themselves, letting an extraordinary piece of Minnesota’s history further crumble.

What will the future hold for the remains of the Gopher Ordnance Works? Will the higher-ups come to their senses and save this place?  Will they keep razing the structures until its nothing but a soccer complex? Or will it continue on as it has for decades, slowly crumbling and succumbing to nature? God help us all.

While in the area:  Hot Sam’s Antiques in nearby Lakeville is a must-do for the quirk enthusiasts, and make sure to head over to the Watt Munisotaram near Hampton to see an incredible Buddhist Temple, Minnesota’s largest, only about 20 minutes away.