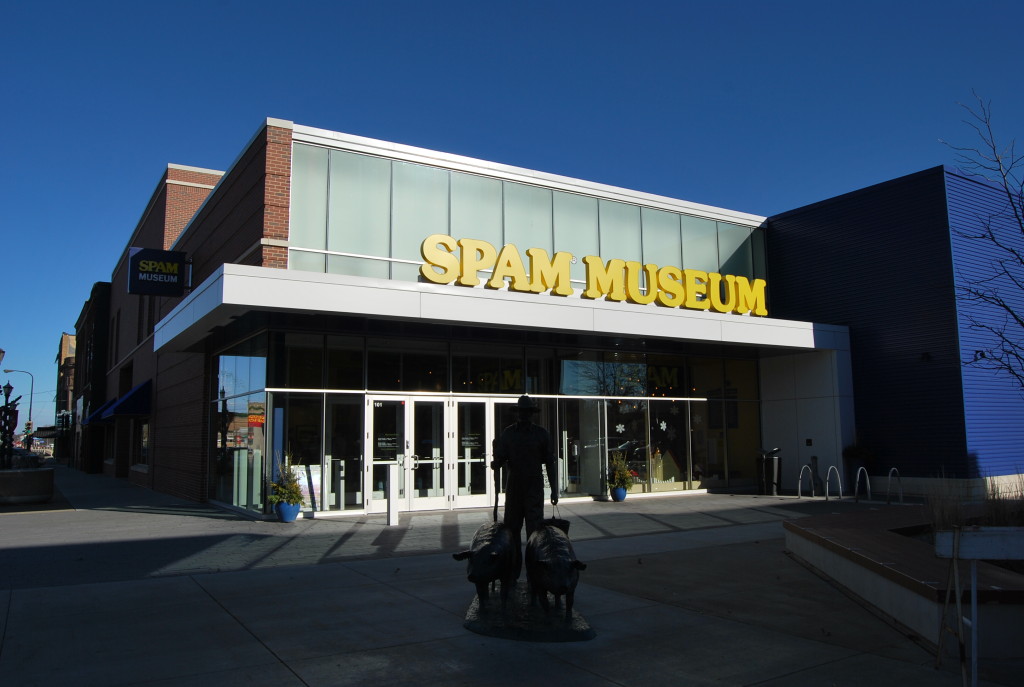 It’s a shrine to all things SPAM. A mecca for the canned-meat enthusiasts, a Graceland-type of destination that recently got some brand new digs in 2016.  Located in Austin, MN, a farm-country town found near the Iowa border south of Rochester, right smack in the midde of its killer little downtown. Austin is home to the massive Hormel Foods Corporation, and its flagship product, SPAM. The museum tells the history of Hormel, SPAM, Dinty Moore, and the significance of the products around the world. 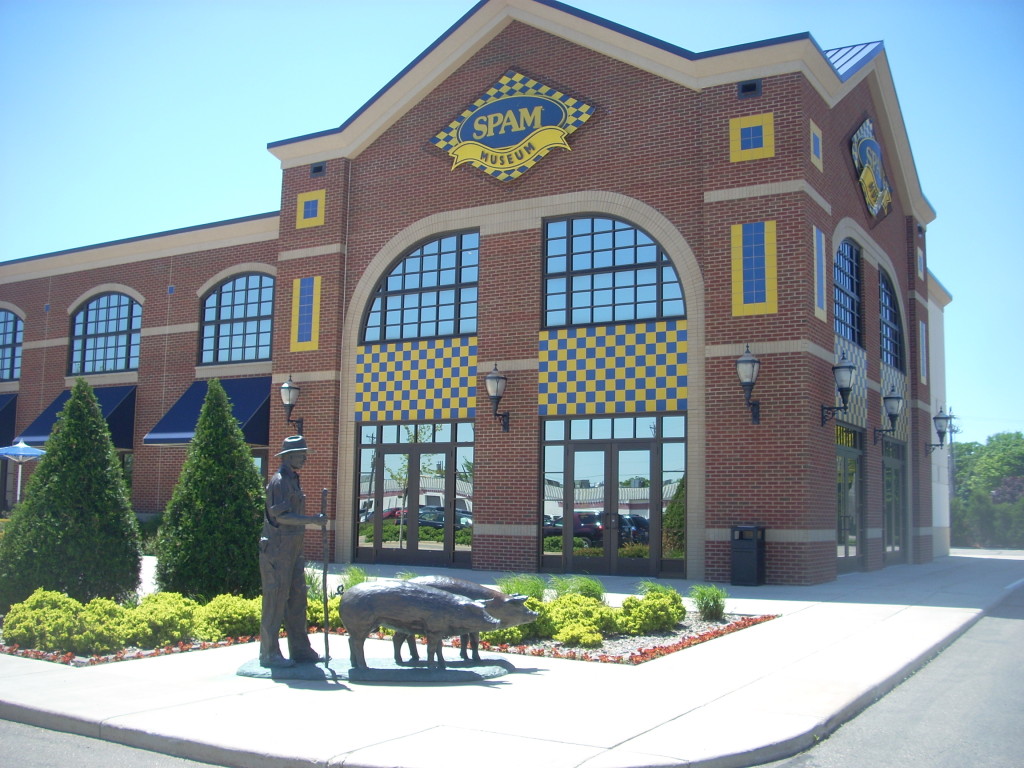 The original Hormel Museum, dedicated to the 100-year anniversary of Hormel, was opened in a storefront in the Oak Park Mall in Austin in 1991.  In 2001 it moved to a bigger, stand-alone location in town (pictured above), with a theater and many interactive displays. This location temporarily closed in 2014 while a new location in downtown Austin was built. The new museum opened in April 2016. 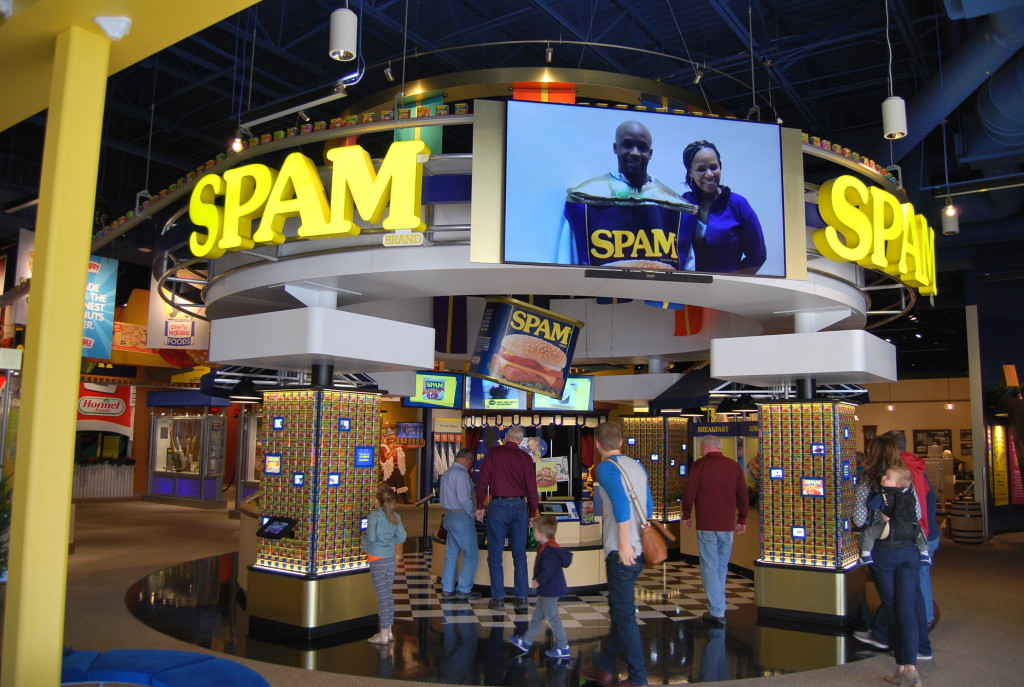 The SPAM Museum, which is free of charge, has a huge amount of interactive exhibits, several of which showcase the popularity of SPAM abroad.  Another talks about SPAM’s popularity during World War 2 (below), when it was a non-perishable good that was shipped to soldiers at the Pearl Harbor Naval Base, before Hawaii was a state.  You can learn about SPAM’s place in pop culture and being featured in various media such as Monty Python and even a song by Weird Al. 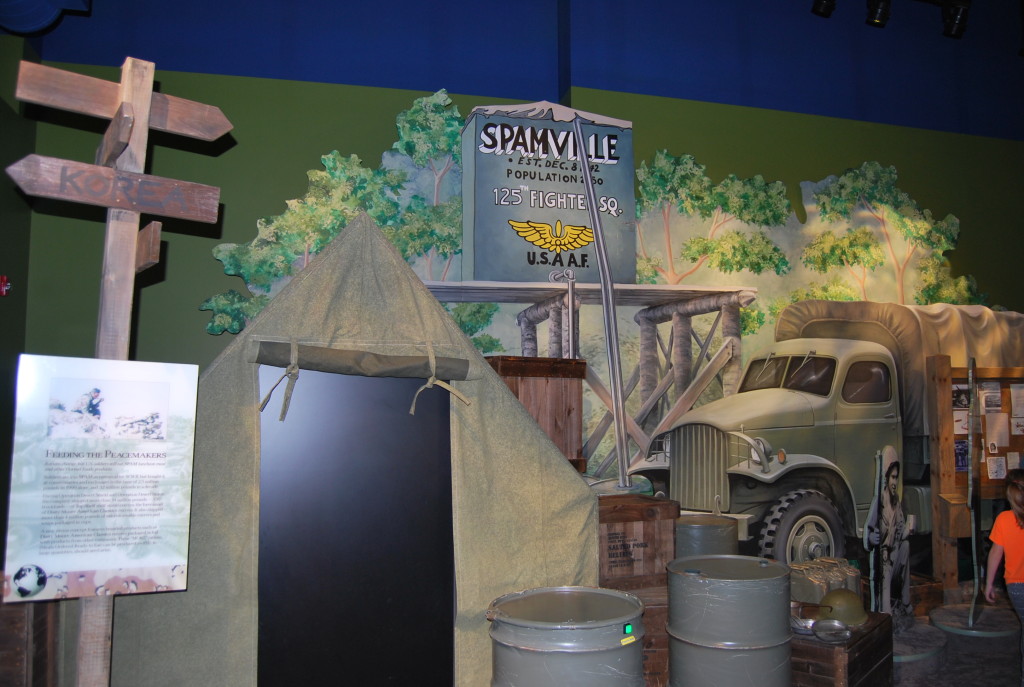 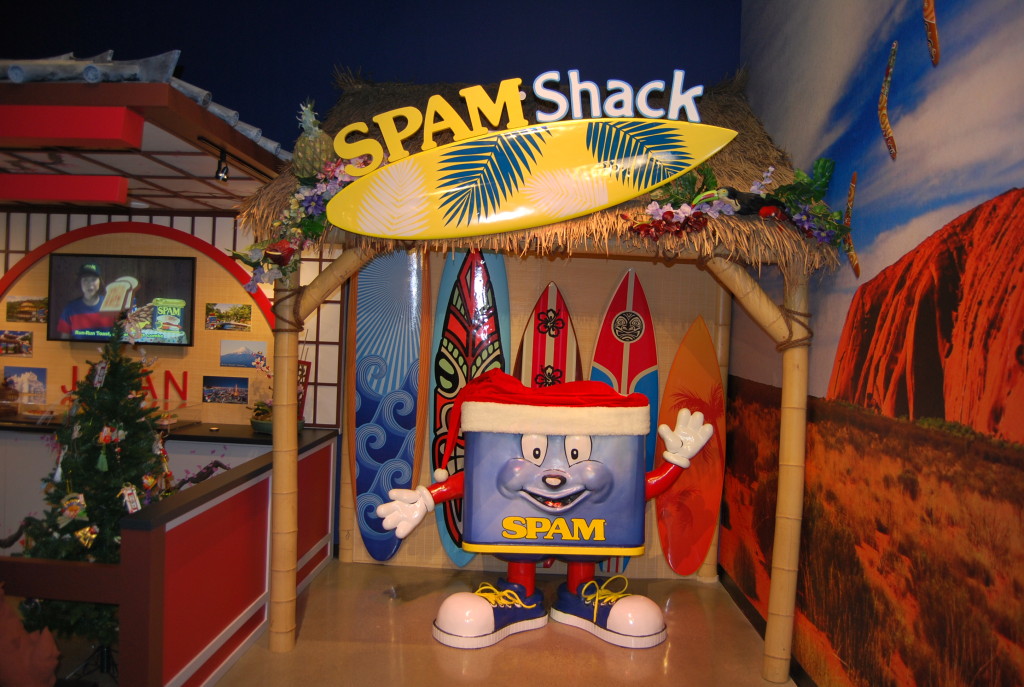 You can also explore many different interactive galleries that show SPAM’s popularity overseas, try your hand at the canning process, and see examples of Hormel’s many different advertising campaigns over the years, along with the 15 varieties of SPAM. There is a kids’ play area, and museum volunteers are ready with samples (“spamples”) to try. 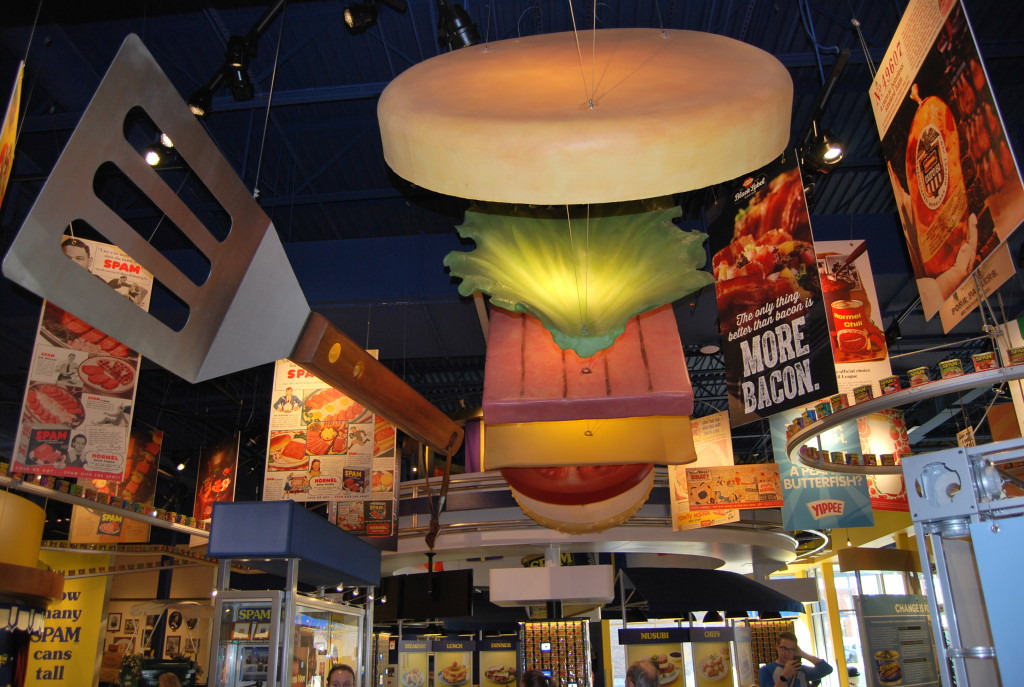 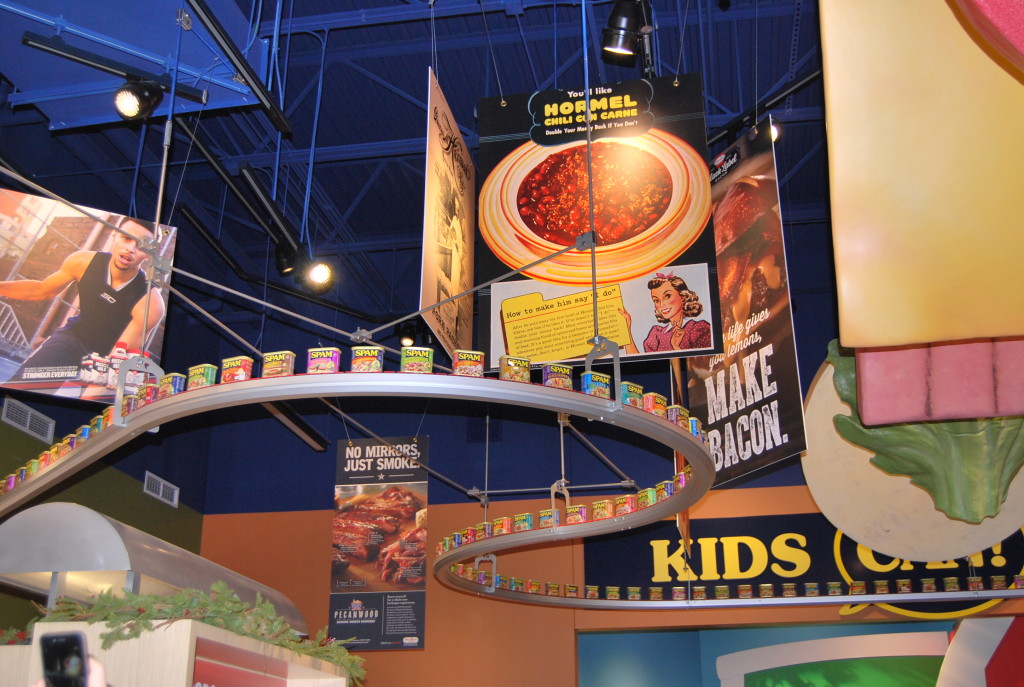 Another quirky highlight is the 780-can train motoring around the museum on a conveyor belt. There are 9 interactive displays in all, so plan for a good hour of exploring.  As with most world-class museums, you exit through the gift shop, where you can buy almost everything imaginable embroidered with the SPAM logo, and every variety of SPAM as well. 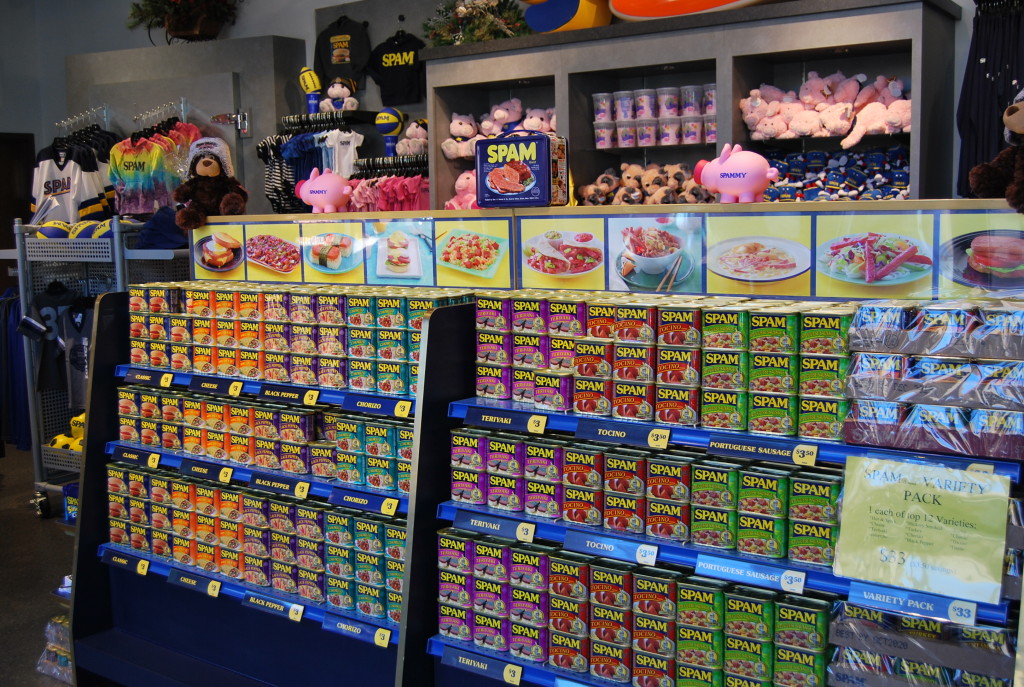 Get your SPAM on!

While in the area:  Austin is a cool town to explore, and there are lot of hidden gems in the nearby towns like Albert Lea, Owatonna, and Faribault.  Or head east and check out Minnesota’s beautiful bluff country.