We love historic church architecture here at HighwayHighlights.  I’ve written about the beautiful churches in the Twin Cities, listed off my favorites in Stearns County, checked out 10 bizarre little churches, and even ranked my Top 25 in Minnesota. The countless houses of worship dot the landscape around our state, but hidden in the rural corners, in cemeteries and on bluffs surrounded by oak groves are the smaller little chapels, and here are 10 of the most beautiful. 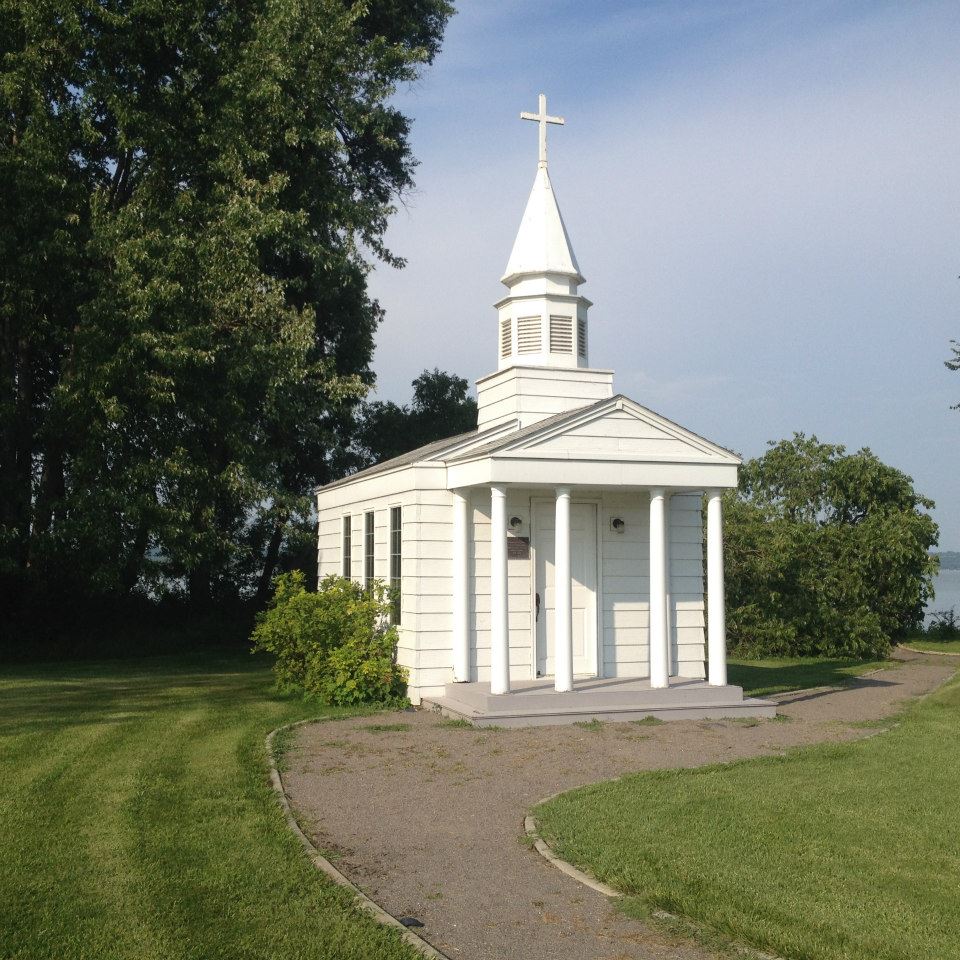 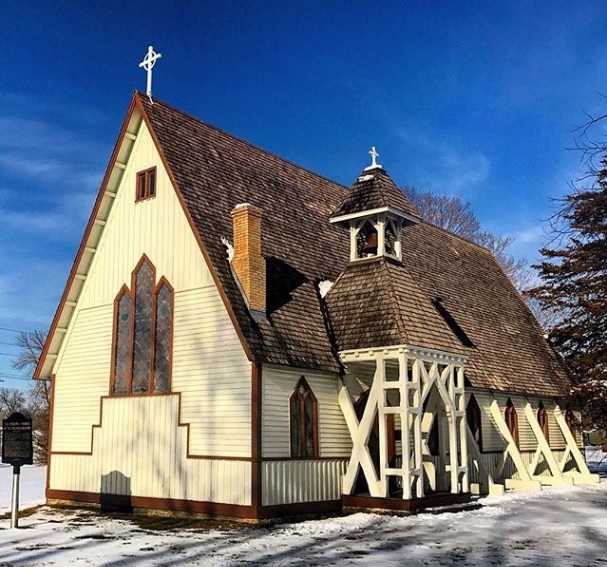 9. Episcopal Church of the Transfiguration, Belle Plaine – This little beauty found just outside of Shakopee dates all the way back to 1868.  It was originally built for English-speaking parishioners but most who came to worship were immigrants from Ireland, Germany, and Poland.  It is built in the Carpenter Gothic style of architecture and is listed on the National Register of Historic Places. 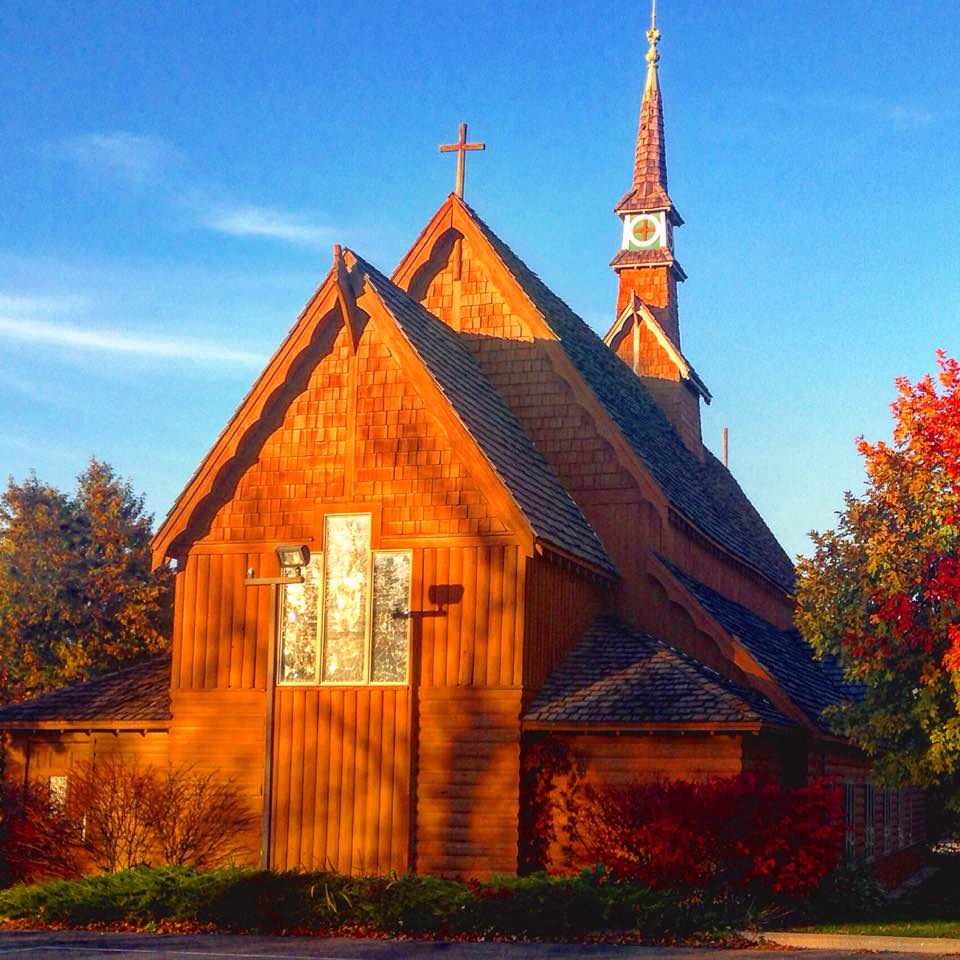 8. Green Lake Chapel, Spicer – It’s not the only Stave Church in Minnesota (Moorhead has a bigger one), the Green Lake Stave Church outside of Willmar on Green Lake is a beautiful little replica of the Norwegian Stave churches from the 12th Century. It was built in 1940 for abut $3000 and still holds seasonal church services and weddings to this day. 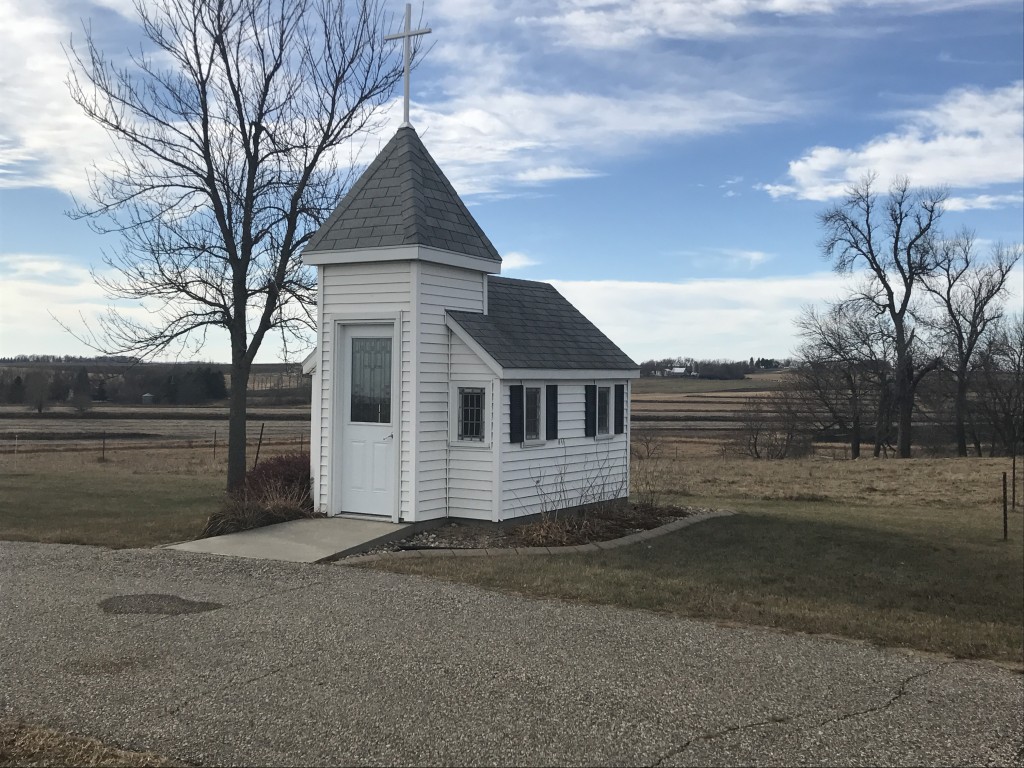 7. Wayside Chapel, Luverne – The tiny little “Wayside Chapel” just north of Luverne on Highway 75 only seats about 4 people.  It sits on top of a ridge overlooking the prairie near Blue Mound State Park.

5. Stella Chapel, Collegeville – The iconic Stella Chapel is only reachable by hiking a mile or canoeing across Lake Sagatagan, on the Campus of St. John’s University outside of St. Cloud. It was built by Benedictine Monks from St. John’s Abbey in 1915. 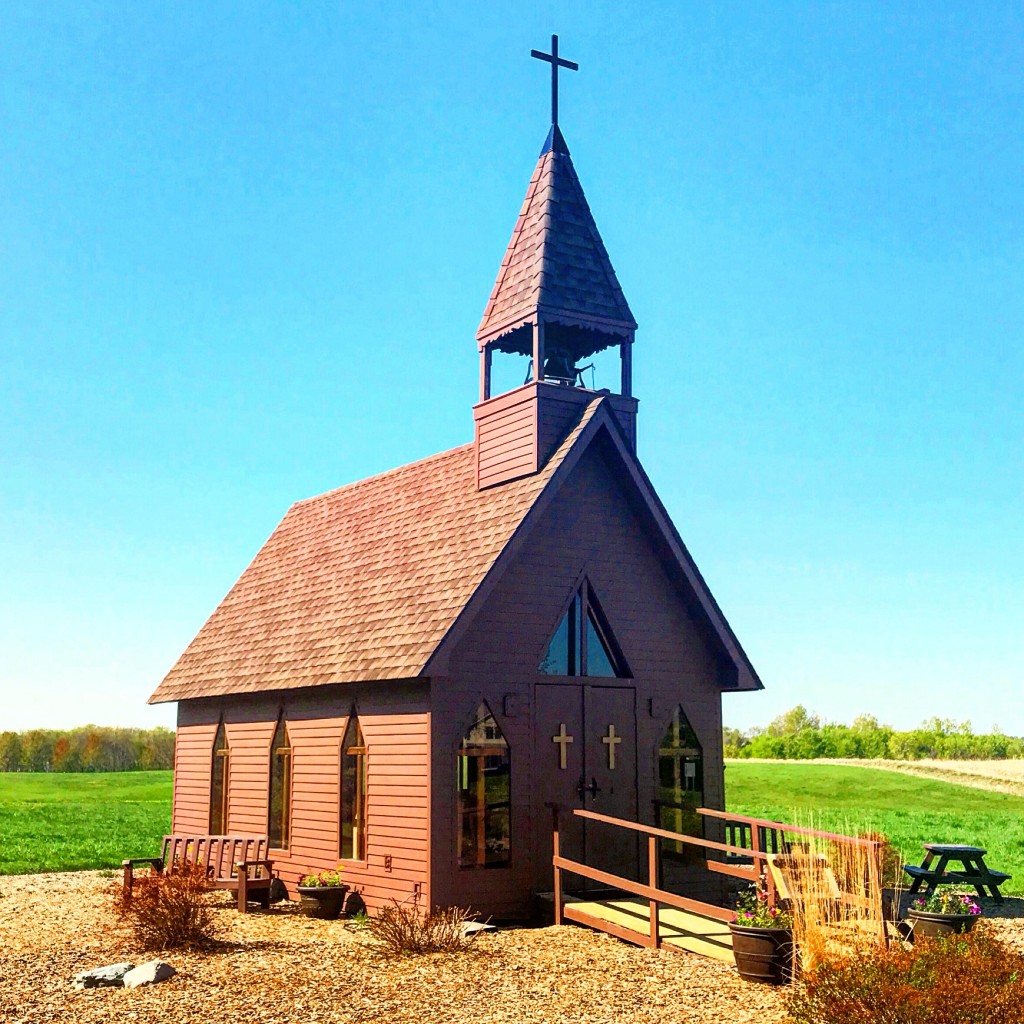 4.  Trinity Chapel, St. Michael – This lovely little chapel on the outskirts of St. Michael was built in 1980 on a private residence near Mud Lake outside of town. The St. Michael Catholic Church donated the furnishings, and the owner kept the chapel open to the public. After the owner passed, the chapel was moved closer to town where it is open everyday from sunrise to sunset. 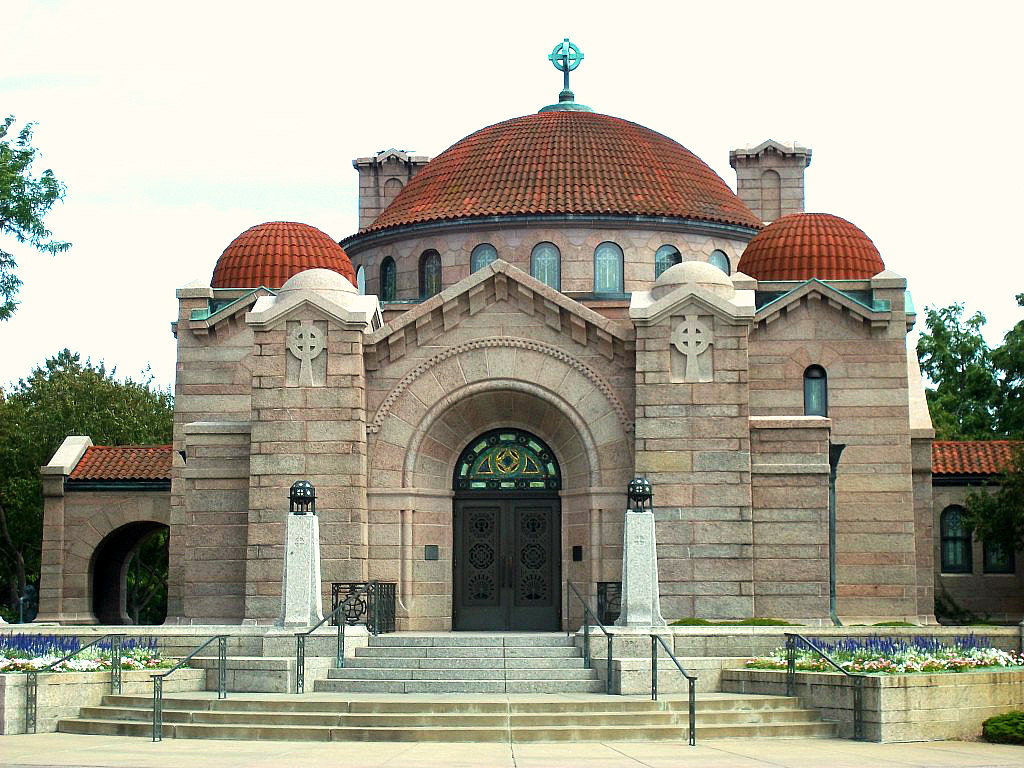 3. Lakewood Memorial Chapel, Minneapolis – This exotic little chapel has been on HighwayHighlights several times before, and for good reason.  It was built in 1910 and modeled after the Hagia Sophia in Istanbul, Turkey. Its chapel dome is 65 feet high and ringed with stained-glass windows that serve as a sundial telling the time of day and season. The interior also features a mosaic made of marble, colored stone, and glass fused with gold and silver. 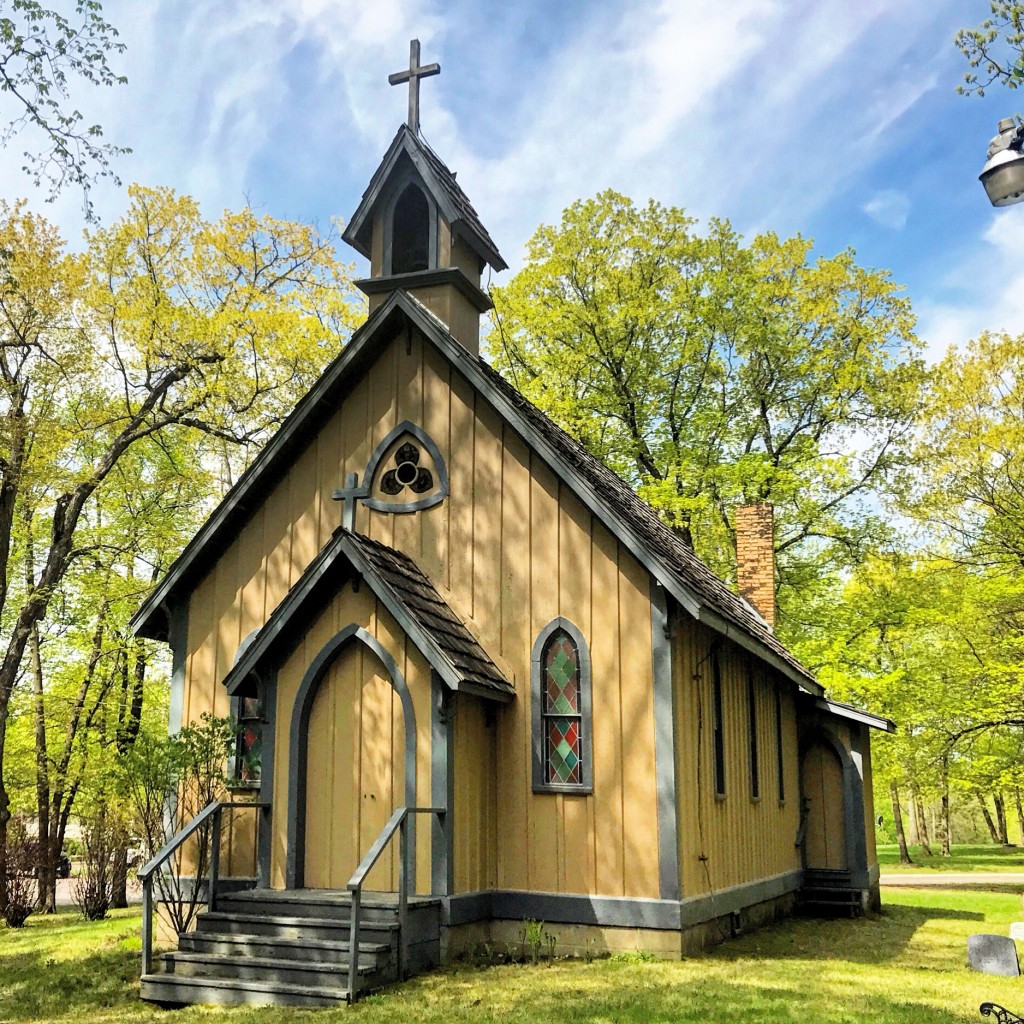 2.  St. Mark’s Episcopal Chapel, Annandale – St. Mark’s Chapel outside of Annandale in Wright County is a well-preserved example of the Gothic Revival style of architecture. It dates back to 1871 and is listed on the National Register. 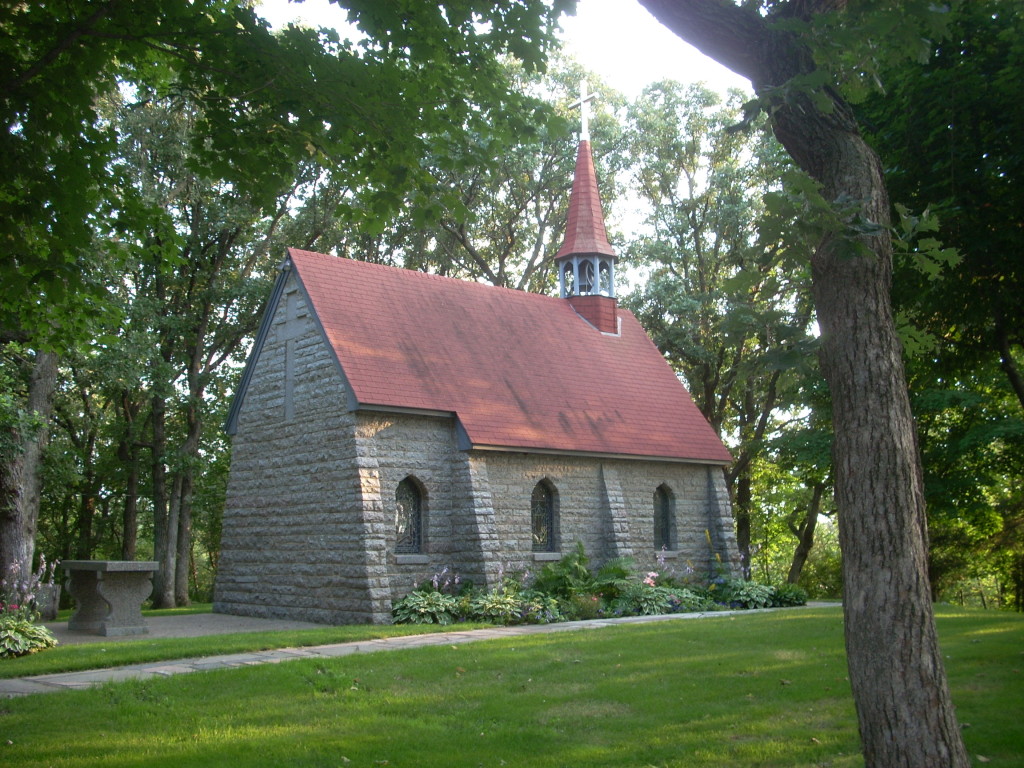 1. Assumption Chapel, Cold Spring – The Gothic-style structure on top of a wooded bluff has an interesting history- it was built in response to a last-ditch effort of a day of prayer to end a grasshopper (locust) plague that devastated the area in the 1870’s. Later that year,the grasshoppers died off, and the chapel was built in memorial. It even features a relief sculpture above the door of Mary banishing two grasshoppers.