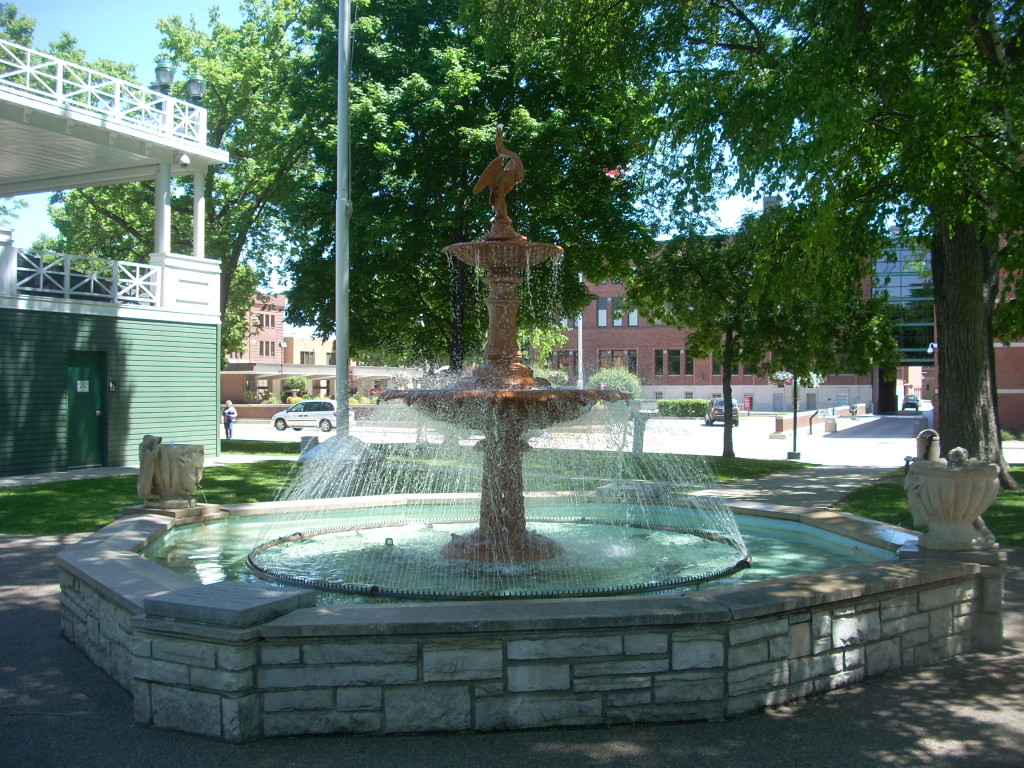 I’ve always loved Owatonna and its charming little downtown area.  Located south of the Twin Cities about an hour, the county seat of Steele County has a population of about 25,000.  At the heart of the city, near a picturesque town square with fountains and a bandshell, seated directly across from the historic courthouse, is one of the most impressive bank buildings in the state.

The National Farmer’s Bank of Owatonna is so unique and significant that it is not only listed on the National Register of Historic Places, but is also a U.S. National Historic Landmark.  The bank was designed by world-renowned architect Louis Sullivan, and the decorative details were put in place by George Elmslie.  These architects were both known for their iconic, Modern American architectural styles, which influenced countless buildings you’ve seen on HighwayHighlights before. 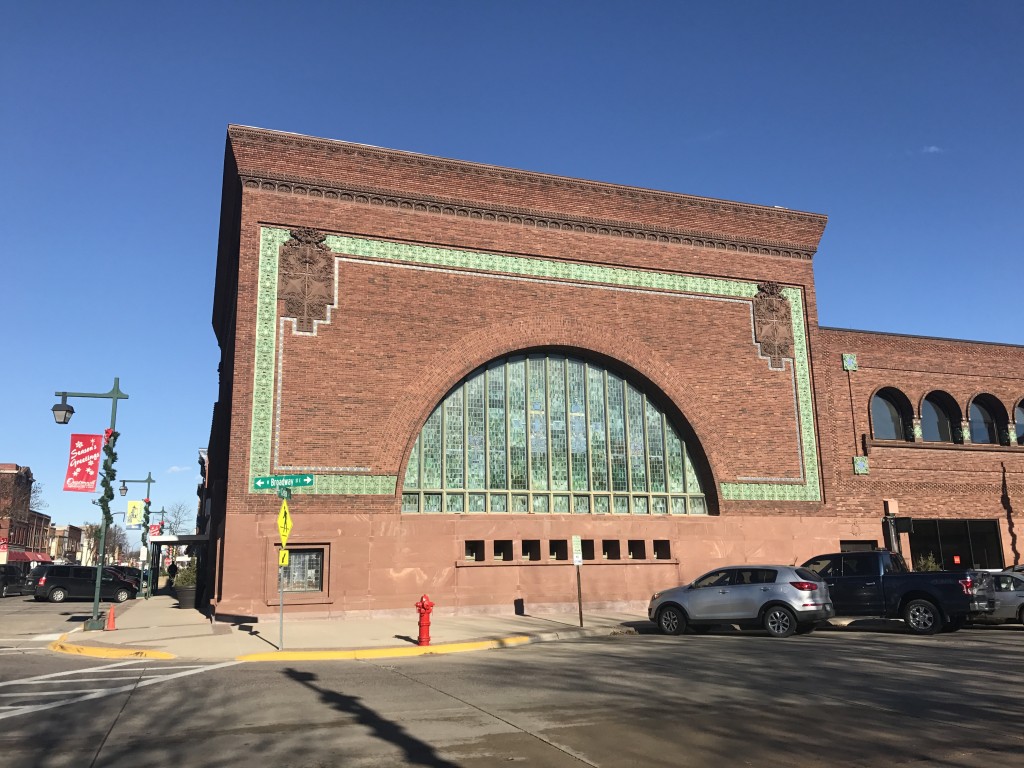 The elaborate bank design, the first of Sullivan’s “Jewel Box” banks, features arched stained-glass windows, red brick with green terra cotta bands, and intricate cartouche details on its exterior.  There are seven other Jewel Box banks around the Midwest, and another of Elmslie’s designs can be found in Winona, MN, known as the Merchants National Bank, which bears many similar motifs. 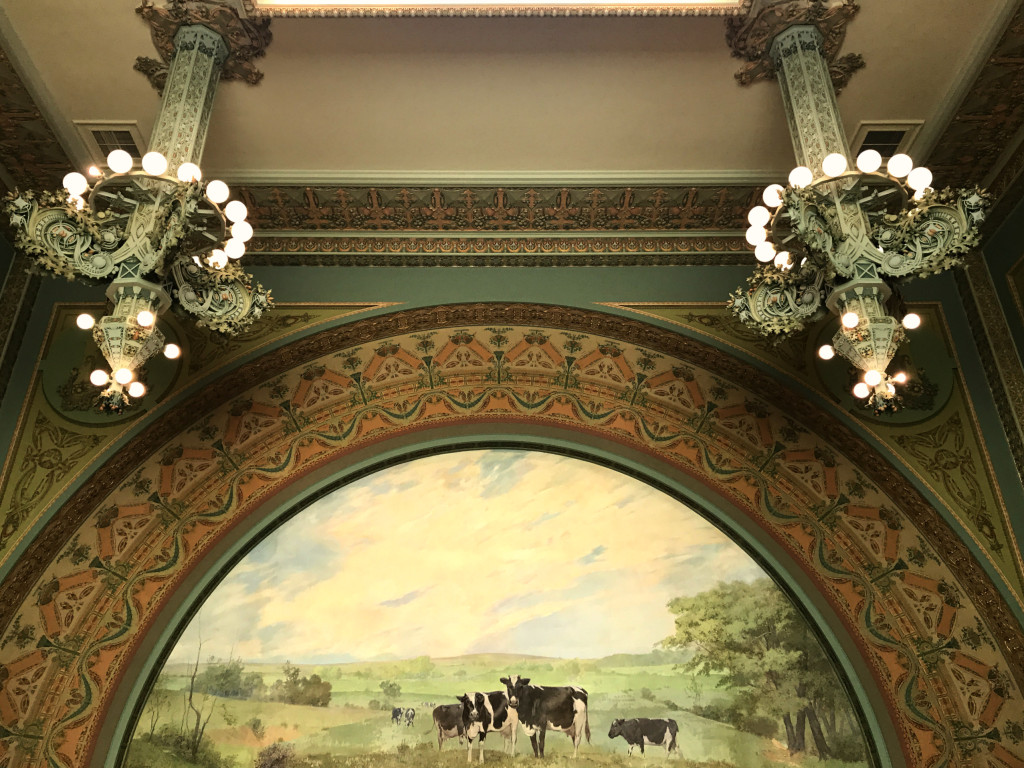 Currently occupied by a Wells Fargo, the bank has an absolutely jaw-dropping interior as well. Somewhat difficult to capture in photos, the scope of the color and detail on the walls must be seen in person to truly appreciate.  Four elaborate “electroliers,” (electric chandeliers), designed to look like blooming flowers, hang from the ceiling. Sunlight beams in through the stained glass on the sides and roof, and murals of farm scenes adorn the rest of the walls. 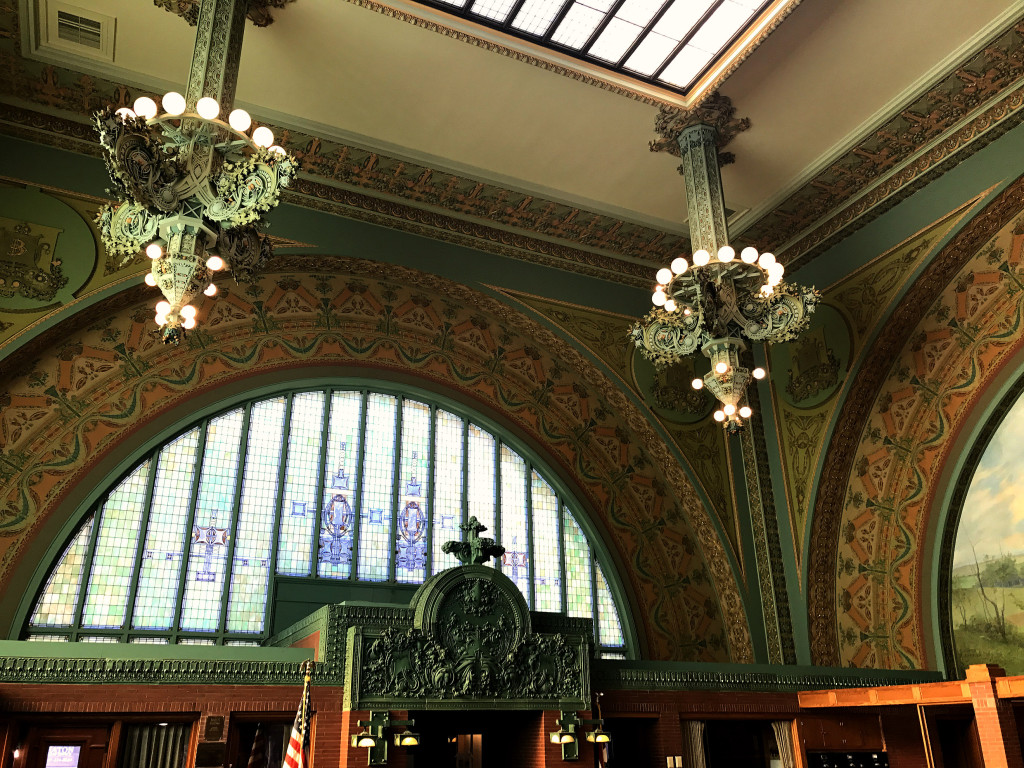 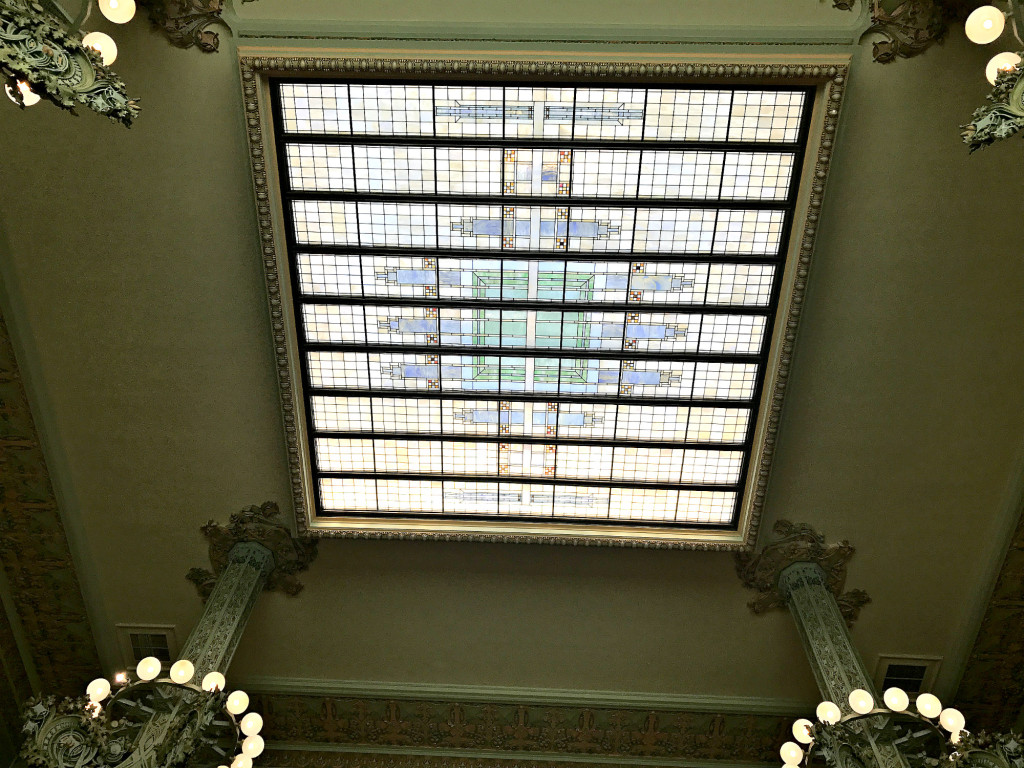 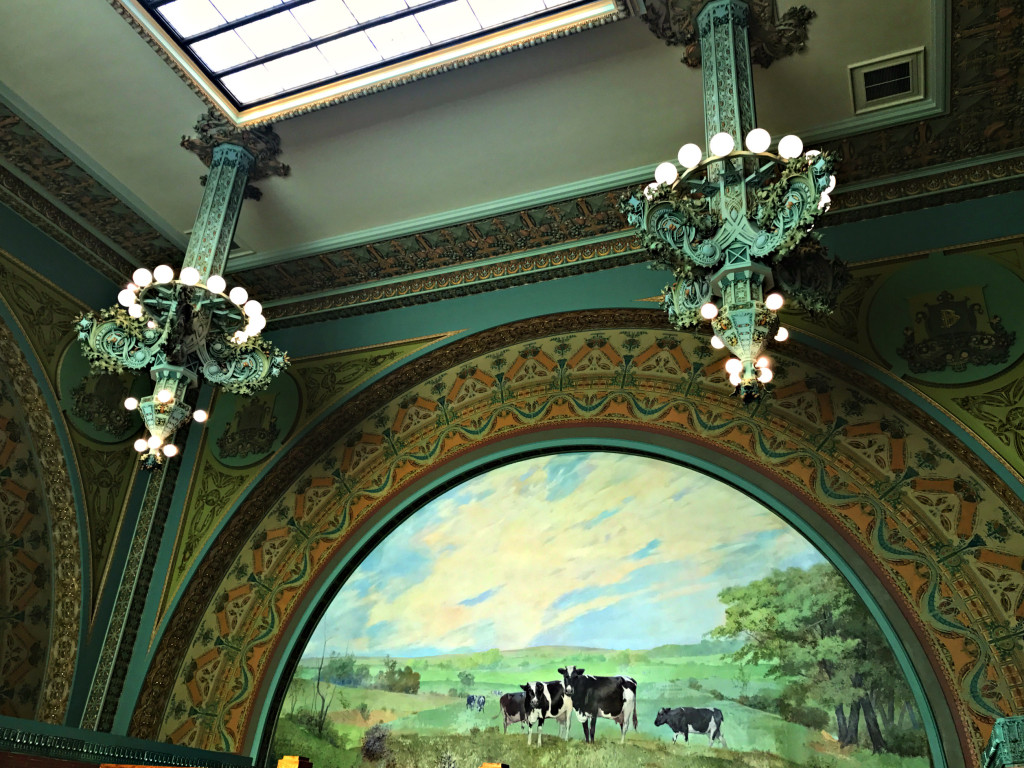 The bank was built in 1907 and is still fully-functioning today. Sullivan’s Jewel Box-style was such a dramatic shift from the styles around the turn of the century that it had its fair share of critics. Sadly, in the 1940’s, it was remodeled and many of the original furnishings were removed and altered. In later decades, several restoration efforts were made to restore the bank to its original beauty.  Over 100 years later, the building remains one of the best-preserved examples of the “Prairie School” style of architecture and a marvel in the quaint little downtown of Owatonna. It’s not to be missed.

While in the area:  Neighboring towns Northfield and Faribault are fun to explore, as is nearby Nerstrand-Big Woods State Park and its gorgeous Hidden Falls waterfall.  Head south of Owatonna and visit the legendary SPAM Museum in Austin.