On a recent trip to Minnesota’s Northwest Angle, my brother-in-law and I had traveled from his home in Baudette over through Warroad and across the border to the Angle.  And while passing back through Warroad on the trip home, he recommended that we stop at something called “The Shed,” knowing my propensity for exploring hidden gems.  And what a treat it was.  The Shed is a private car collection totaling about 100 rare, vintage, and muscle cars, owned by Bob Marvin, a third-generation owner of Warroad’s biggest industry, Marvin Windows.

Marvin started his unique car collection in 1981 with a ’65 Buick Riviera which he bought to celebrate a year of sobriety. After almost 30 years of searching out and collecting unique and beautifully restored cars, he realized he needed a “shed” to house all the cars together in one place.  And in 2008, The Shed took shape.  Now it is a private museum, open to the public, with no set hours.  We stopped by on that Saturday afternoon in July and a tour guide was just getting ready to give a tour to a group of about 30 people. They recommend letting them know when you’d like to tour and set up an appointment, although you can leave it up to chance. 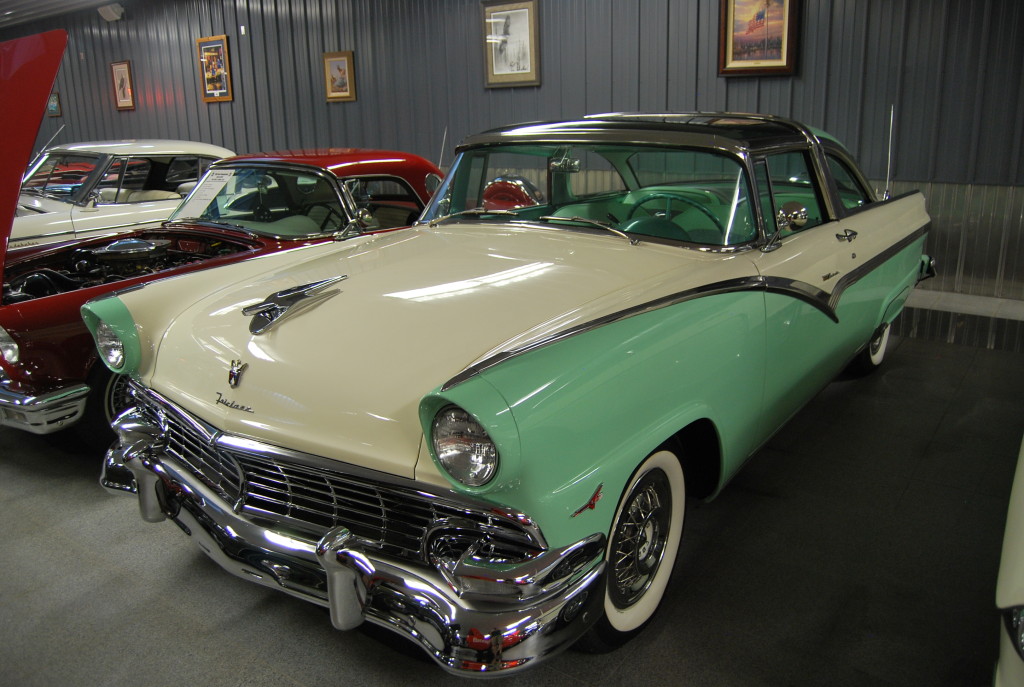 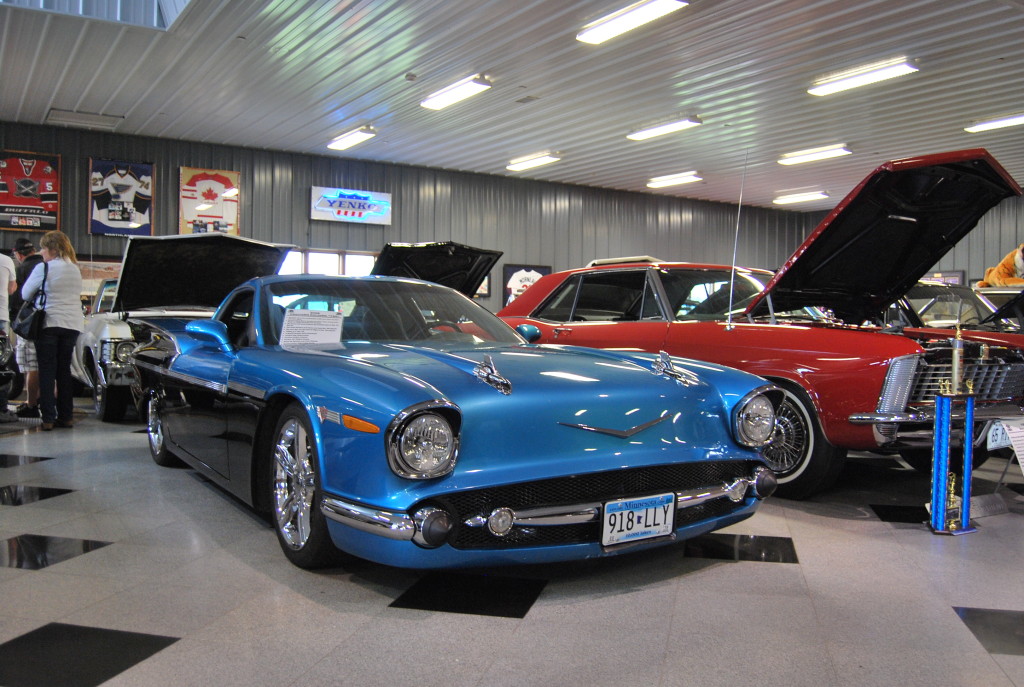 The Shed houses about 100 cars, many of which rotate in and out as the collection grows and changes. All the classics are there, like Shelby Cobras, Mustangs, Corvettes, Bel Airs, Cadillacs, Thunderbirds, and Impalas. There are ultra-rare, no-two-alike cars, Model T’s,  a Dodge Viper, a Plymouth Superbird, and cars created from many styles of other cars.  Pontiac’s “The Judge” GTO is there.  There are a few motorcycles on display.  It’s one of the most amazing car collections you will ever see shy of Jay Leno’s garage. 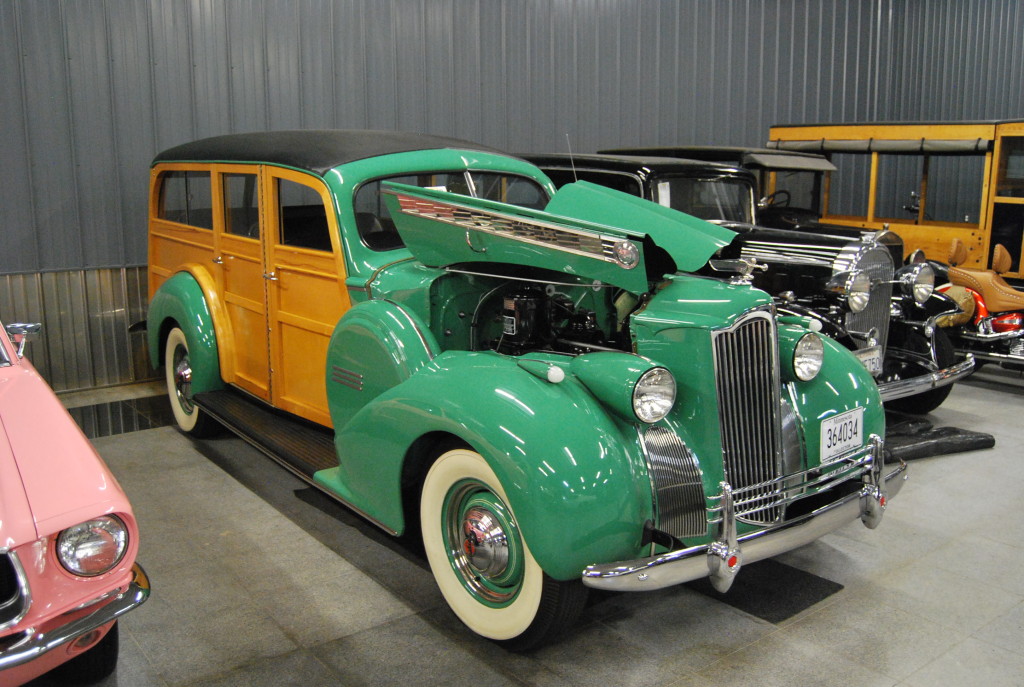 The Museum is free to tour although donations are accepted, which benefit local charities.  During our visit, a tour guide offered a guided tour but also encourages self-guided tours. Photography is allowed, smoking is allowed, about the only thing that is not allowed is touching the cars, which is understandable.  The man himself Bob Marvin was just arriving to meet some visitors as we were leaving. 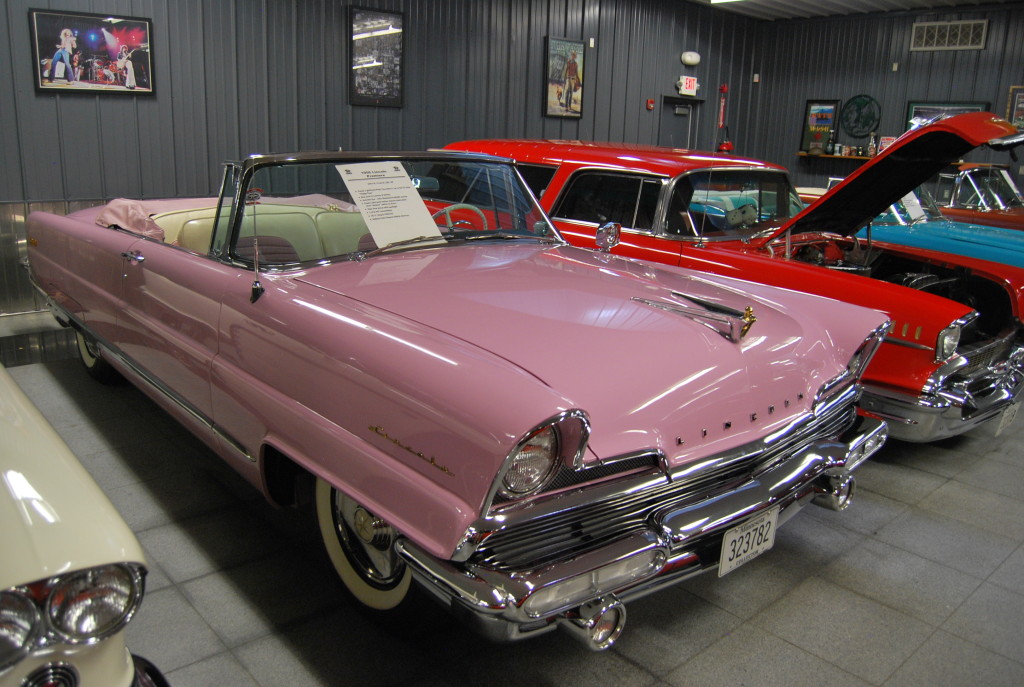 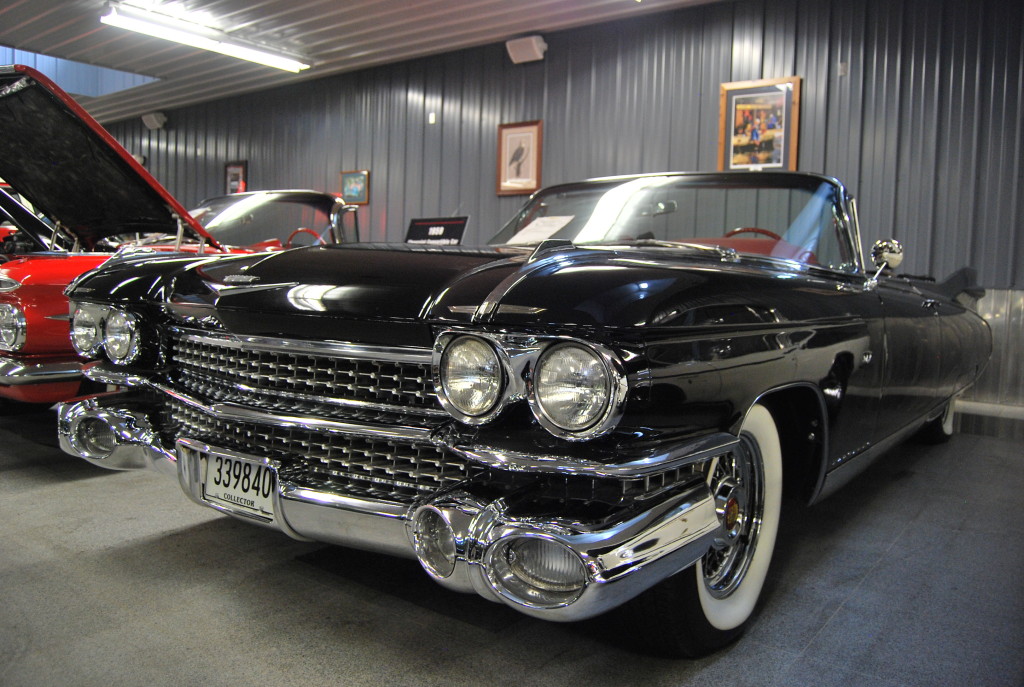 Some cars are prototypes, some are the first one off the line, some are so rare that the only other one in existence is in the Smithsonian. They are all impossibly beautiful, clean, and original. Most of them have a small placard on the windshield with a brief history, and the hoods are typically open to expose the engines. 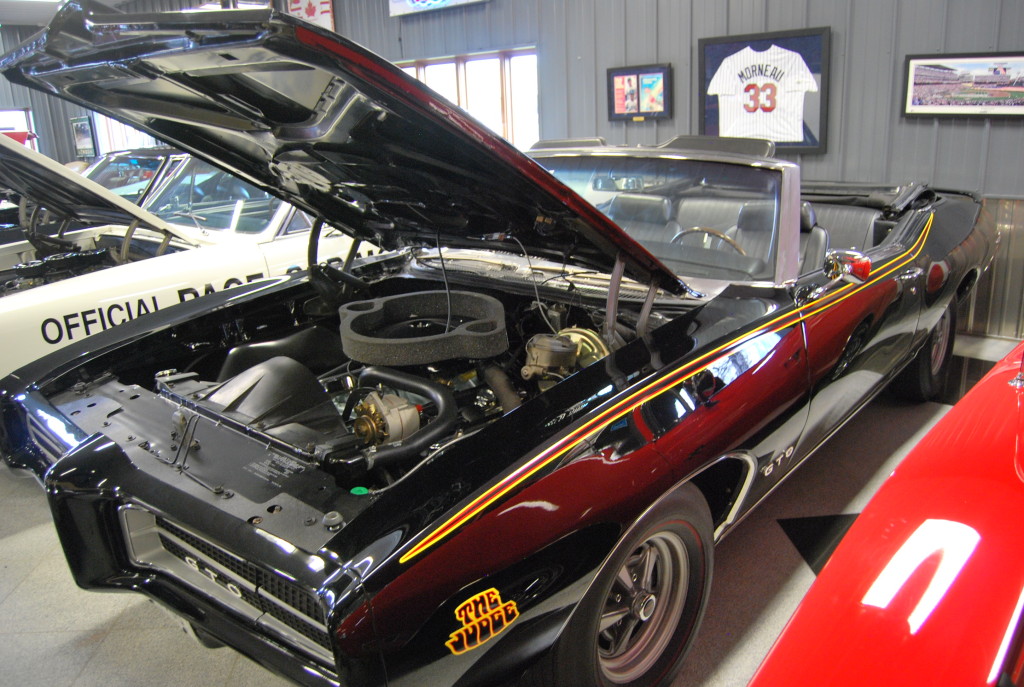 It’s almost impossible not to appreciate the beauty, detail, and character that muscle cars of the 50’s and 60’s displayed.  The colors were fun, the interiors were big and roomy, the instrument panels were detailed and the exterior panels were bold and dramatic. It makes you wonder why they stopped having fun designing cars. 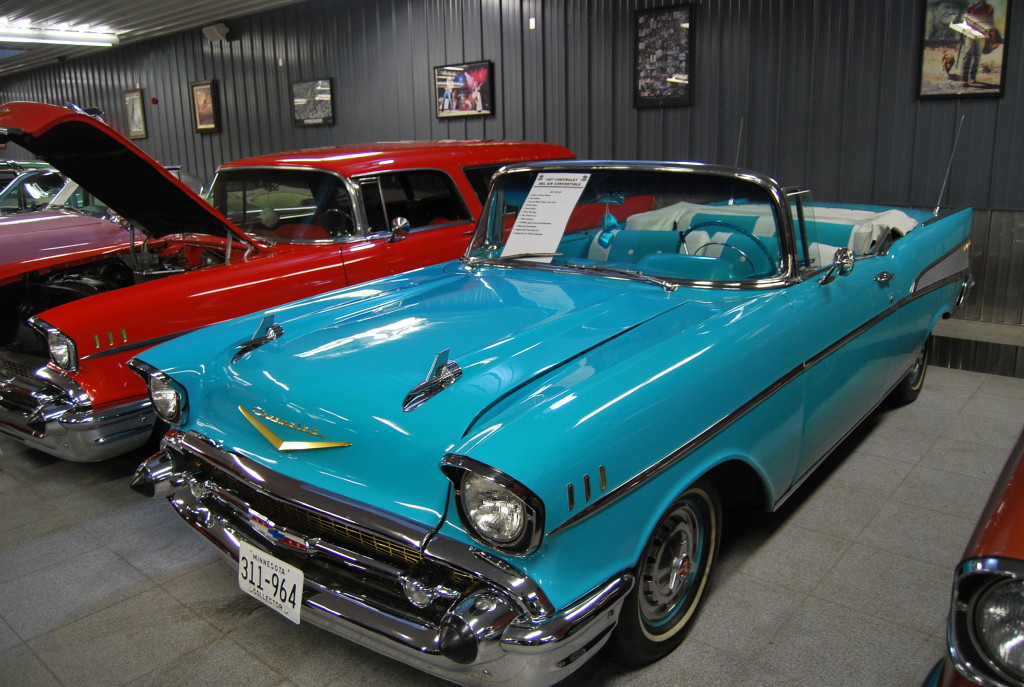 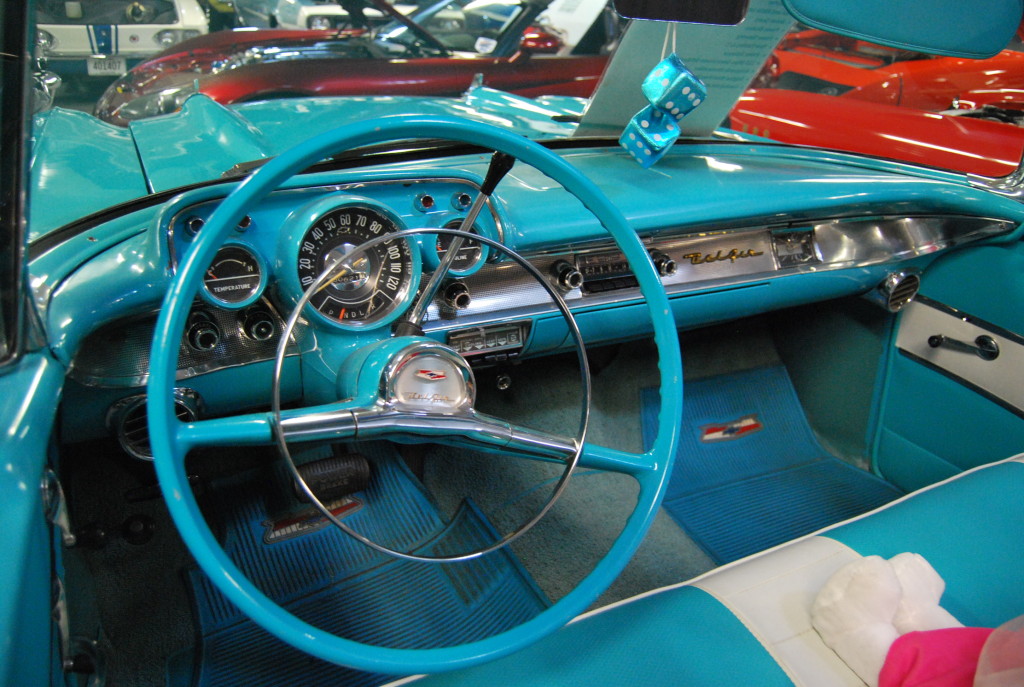 As expected, The Shed draws tourists from all over the world.  It helps that Warroad is situated right on Lake of the Woods, which is one of the most popular fishing areas in North America, but even this collection of beauties still somehow flies under the radar. There is also a great deal of hockey memorabilia there, considering Warroad’s reputation as a hockey capital. Christian Brothers hockey sticks were manufactured there, and Warroad has produced many NHL players and members of the famous Olympic “Miracle on Ice” game. 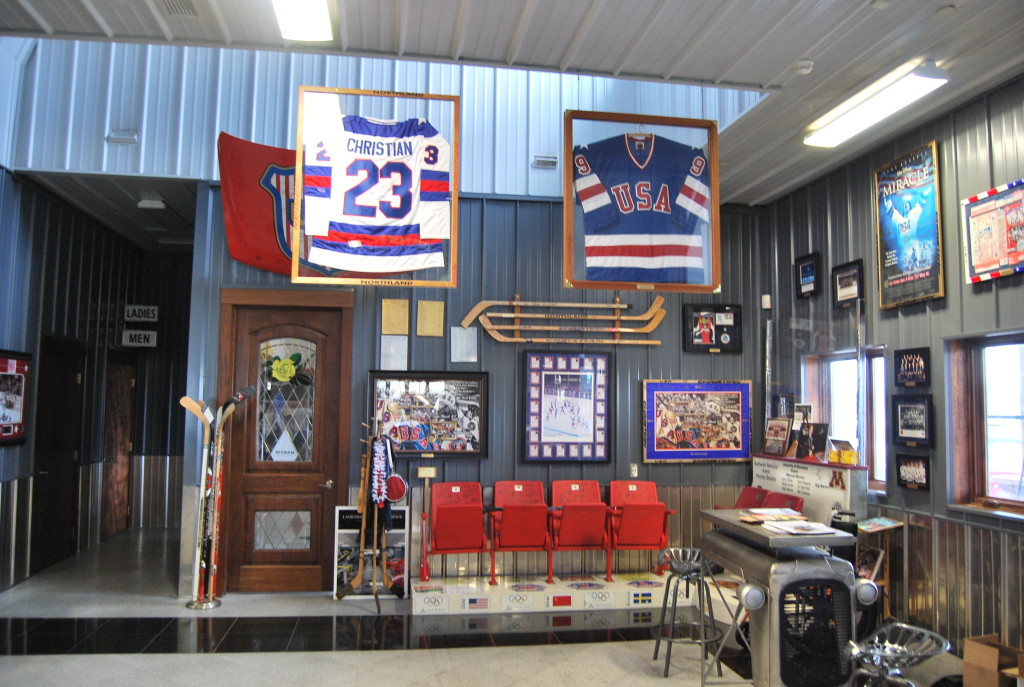 The Shed was truly an amazing experience. I was truly taken aback that I had never heard of this incredible place in the ten years it’s been in existence.  There are a few other car collections in Minnesota to visit, but nothing can hold a candle to what Bob Marvin has built. As far as collections go, this one is nothing short of a masterpiece.

While in the area: The big draws to this area are the dozens of fishing resorts and outfitters of Lake of the Woods, bringing in anglers from all over the US and Canada. Check out the mysterious Northwest Angle, and the brand new Willie Walleye statue in Baudette.

2 thoughts on “The Shed, Warroad, MN”