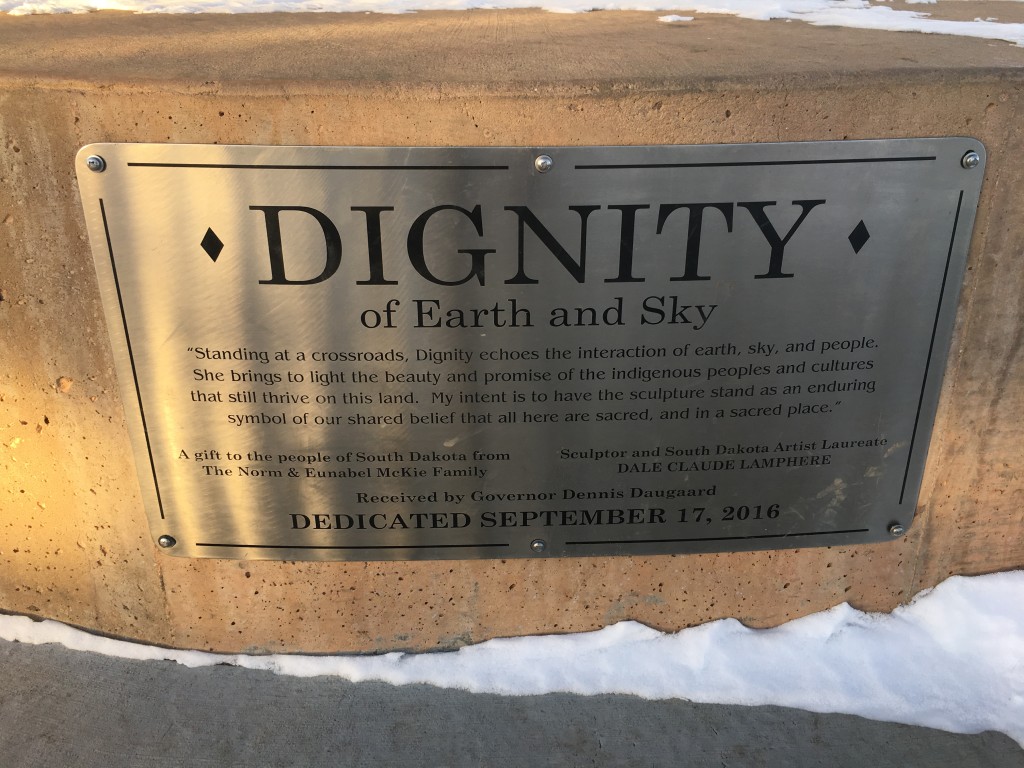 Driving across central South Dakota on I-90 is typically marked by rolling farmland, truck stops, and omnipresent Wall Drug advertisements. There are a couple of re-created Old West towns, the Mitchell Corn Palace, and the town of Chamberlain, right on the Missouri River.  Chamberlain is home to a recently-erected statue called “Dignity.”  And she is gorgeous. 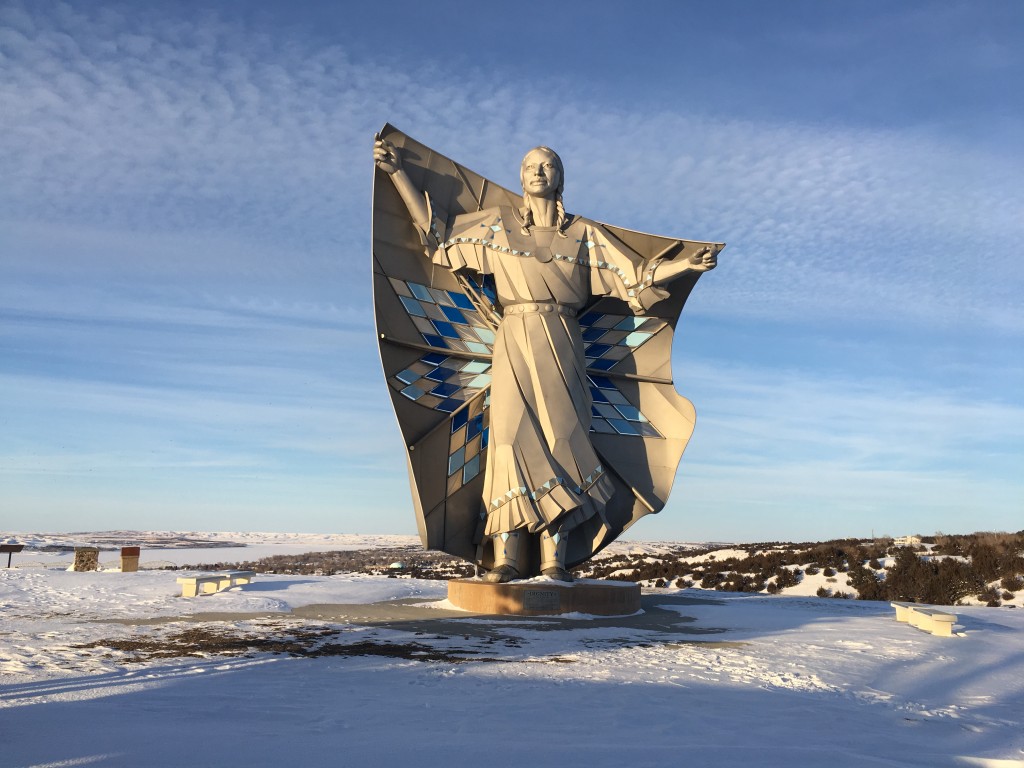 Dignity is a 50-ft tall, stainless steel statue of an indigenous woman, bearing a resemblance to the statues of Mary and Jesus at Sioux City’s Trinity Heights. Dignity is representative of the Dakota and Lakota Sioux Indians whose history in SD dates back many hundreds of years. She stands overlooking the Missouri River Valley visible off the interstate at a rest stop.  She holds a star quilt with 60 blue diamonds which are illuminated by LED at night. 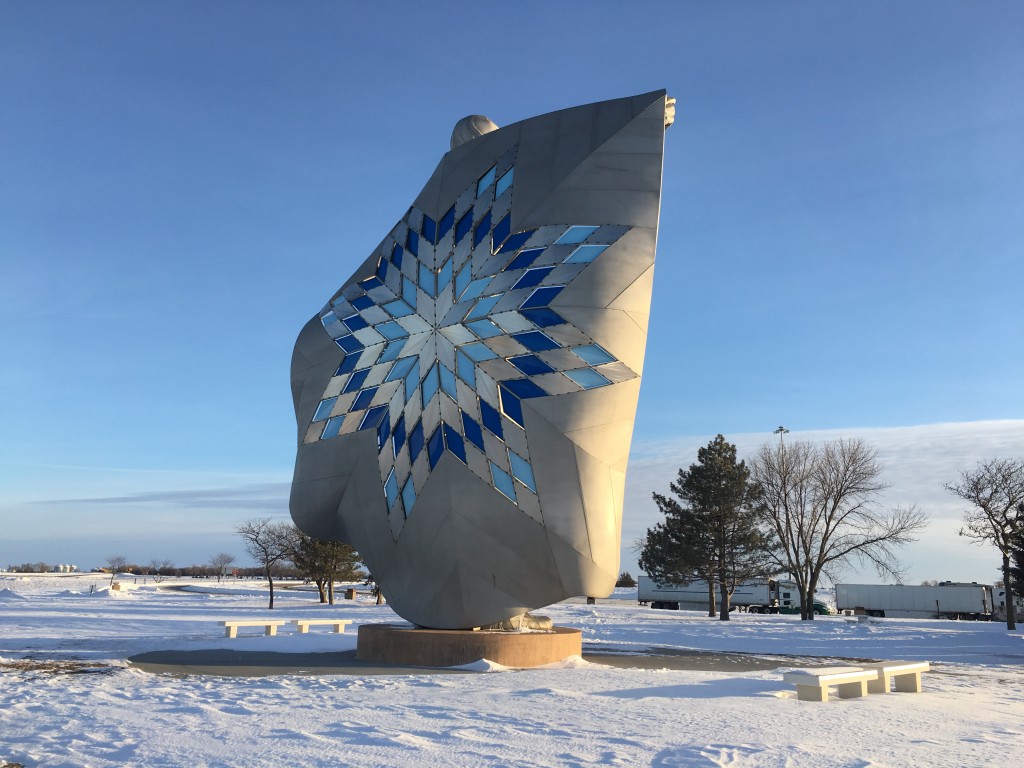 The rest stop in which Dignity is found is a nice stop in itself.  It features of one of the concrete Teepees common of SD’s rest stops, as well as a Lewis & Clark history center (which unfortunately was closed at the time of my visit), and scenic overlooks of the Missouri River. 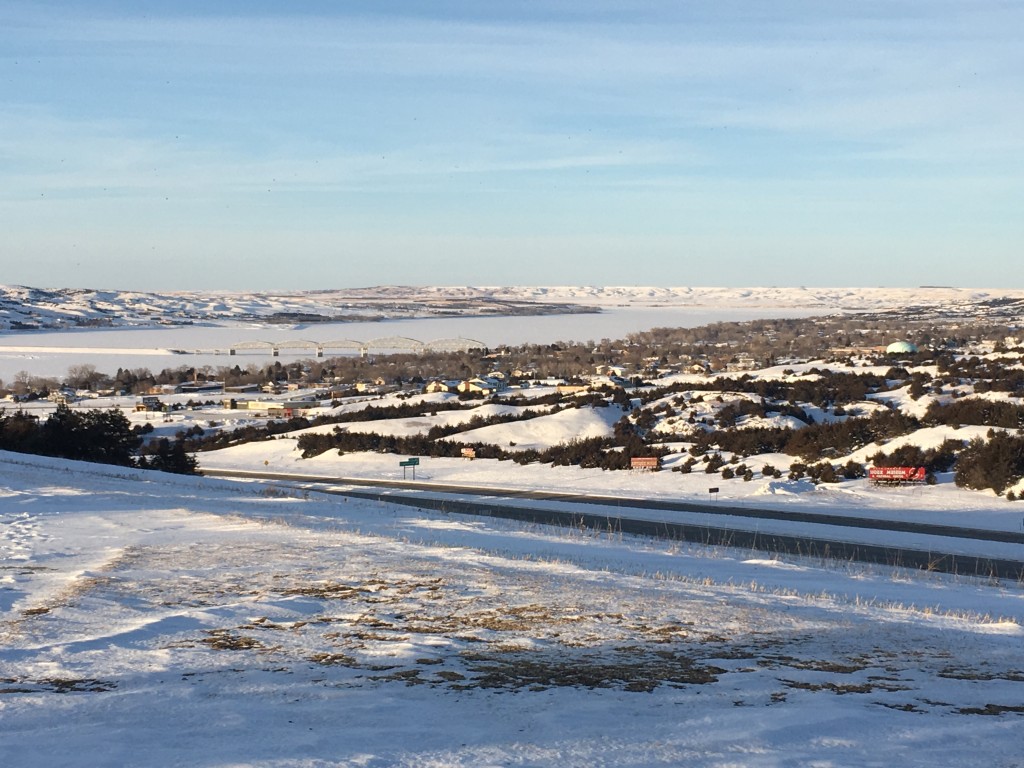 Dignity was announced in 2014 and construction was done just outside of Rapid City.  In 2016, it was officially dedicated. Dignity represents the courage, perserverence, and wisdom of the Lakota and Dakota tribes.  The statue is clean, detailed, sleek, and bold.  It has been very well-received by both the Native community and the general public.  South Dakota residents can now even purchase license plates with Dignity’s likeness.  This was one of the most impressive roadside attractions I’ve come across in a long time. 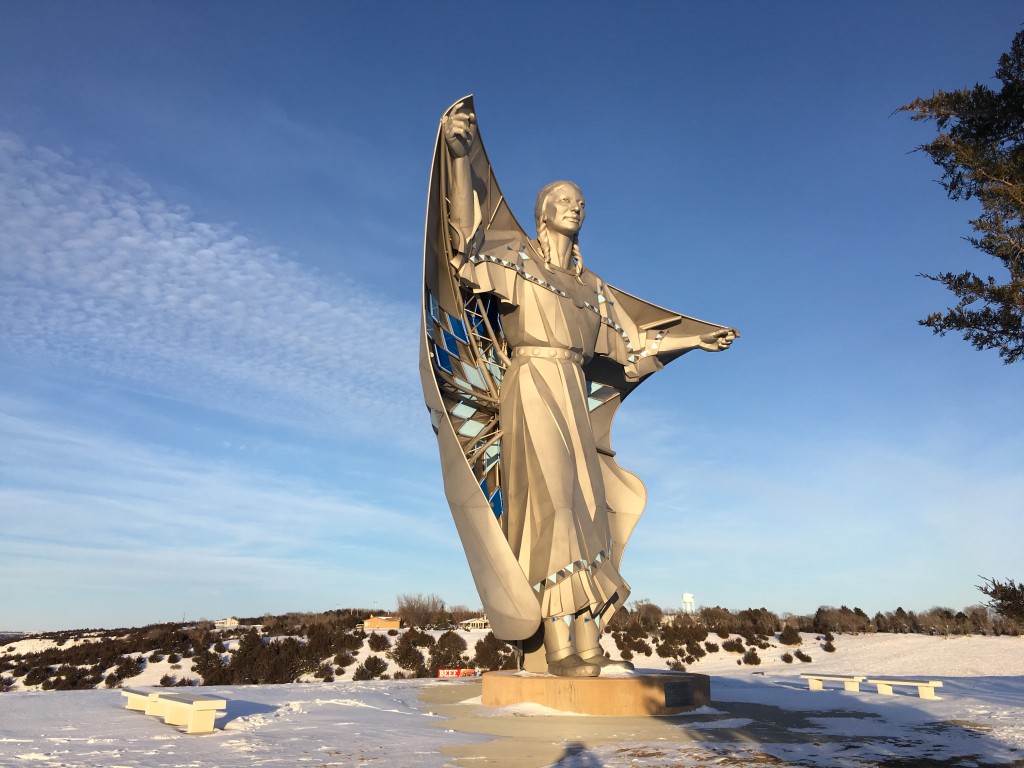 While in the area:  Across the river from Dignity is an Old-West themed Truck Stop, and the Mitchell Corn Palace isn’t too far away.  Also, Montrose has a great sculpture park.

Leave a Reply to Virginia Br own Cancel reply