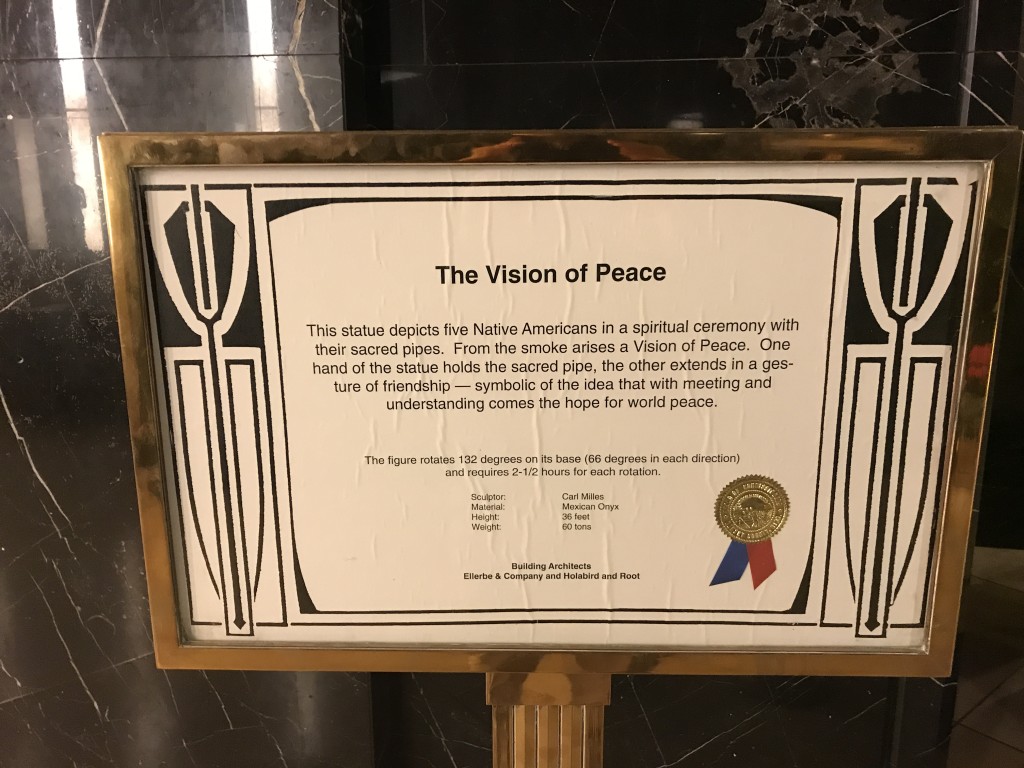 The magnificent Art Deco-style St. Paul City Hall and Ramsey County Courthouse Building in downtown St. Paul is a bit of a 1930’s time capsule.  Built during the Great Depression Era when Art Deco was all the rage, the structure has changed very little to this day. The countless signature Deco stylings have all been well-preserved, and visitors who enter the courthouse from the 4th Street entrance encounter something much more fascinating on their way in: the three-story tall “Vision of Peace” statue, dramatic and visually-arresting. 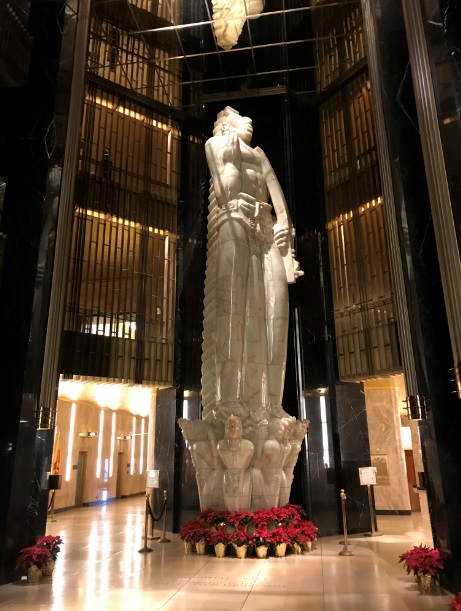 The statue dates back to the 1930’s, designed by Swedish sculptor Carl Milles who had previously witnessed a Native American ceremony in Oklahoma.  The work depicts five Native Americans seated in a circle holding their sacred pipes, while a “god of peace” emerges from the center.  Carved of Mexican white onyx and standing 38 feet tall, the statue weighs over 60 tons and rotates slowly on its base every 2 and a half hours.

The piece was hand-carved by twenty workers, using 98 blocks of onyx, cemented together with bronze ribs inside to hold the statue upright. The god holds a sacred pipe in his left hand and his right hand is extended in a gesture of friendship.  It was unveiled in May of 1936 as a tribute to the war veterans of Ramsey County as a symbol of peace.  Its original title was Indian God of Peace, but in 1994 it was renamed Vision of Peace.  It is also informally known as “Onyx John.” 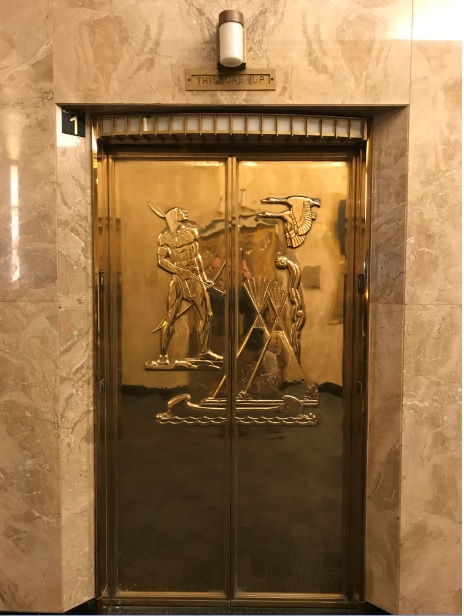 The Courthouse interior is a sight in itself to see.  Although often times visitors are not there to merrily take in the sights and sounds of the historic structure, it is a fun walk-through just to observe such an architectural gem.  Three-story marble columns stretch high up to gold-trimmed mirrored ceilings, elevators are adorned with bronze Deco relief sculptures, and the basement is home to a small museum of War artifacts and tributes to local heroes. 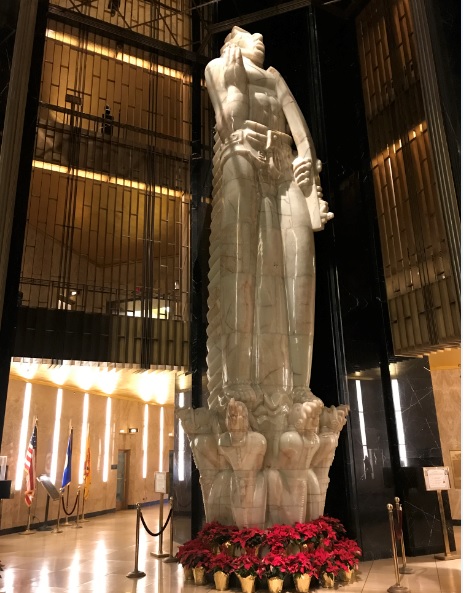 Vision of Peace is free to observe.  We recommend using the 4th Street entrance (you will be required to pass through a metal detector though), to fully take in the statue.  It seems not even many Twin Cities locals know about this historic masterpiece, but if you are moseying around downtown St. Paul during business hours during the week, this is a site not to be missed.

While in the area:  Downtown St. Paul has a lot of fun things to discover like the iconic Mickey’s Dining Car, The Minnesota Science Museum (check out the Omnitheatre if you get a chance), look for the Peanuts character statues around Rice Park, or take a stroll through Lowertown’s Mears Park.