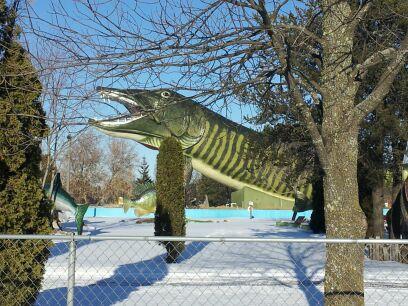 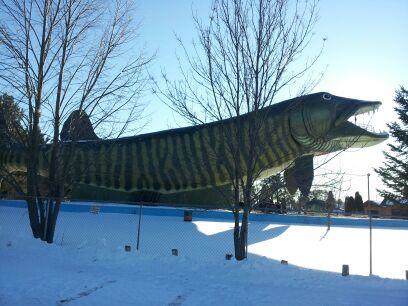 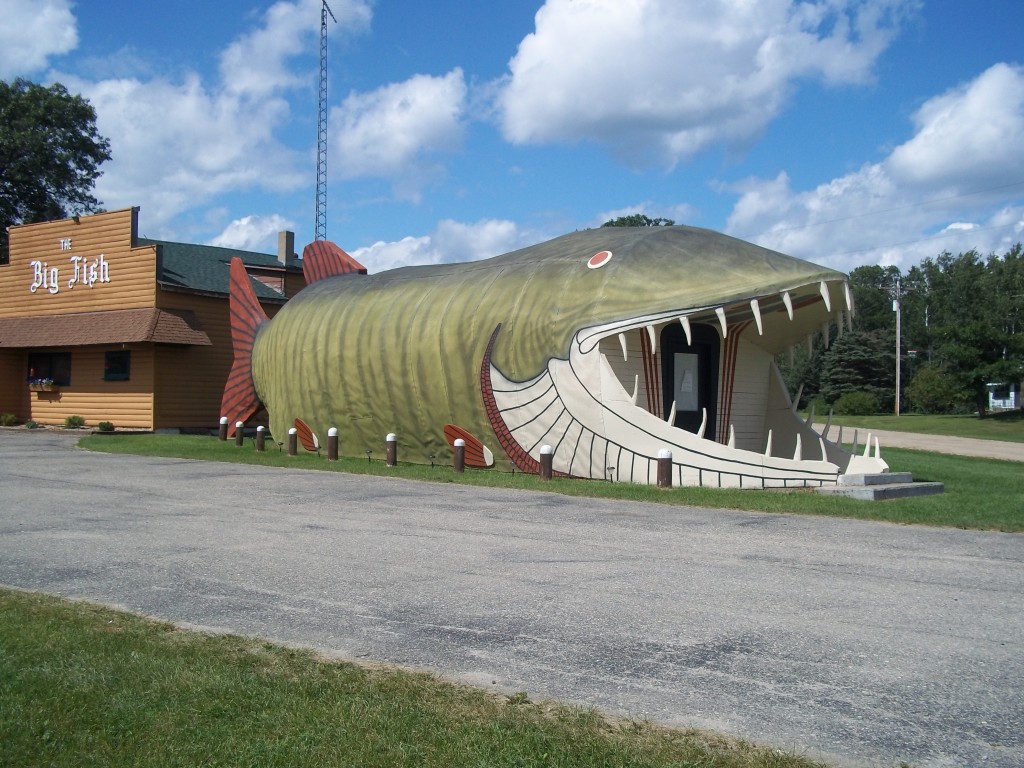 This newly-restored Big Fish roadside attraction is found along Highway 2 in northern MN outside of the tiny town of Bena. It apparently was featured in the opening credits of National Lampoon’s Vacation, along with a handful of other Minnesota attractions.

In the last decade or so it fell into despair, and was on the endangered attractions list. But a roadside attraction enthusiast from MN chipped in 10K to revive it back to life. Long live the Big Fish!