From classic tourist sites like the Statue of Liberty and the Space Needle to bucket-list standby’s like the Grand Canyon and the Golden Gate Bridge, each state has their share of must-see attractions, monuments, landmarks, or natural scenic areas.   Minnesota is no exception. And although we do have the nation’s largest mall and four major sports teams, it’s the following pictures that are truly emblematic of the North Star State.

9. The Minnesota State Capitol Building in St. Paul. Built in 1905 and said to be modeled after Saint Peter’s Basilica in Rome, this stately structure features a marble domed ceiling with four golden horses pulling a chariot on its façade. It also is believed to be inspired by the US Capitol building as well. The campus, as well as the inside are just as impressive.

8.  The Spoonbridge and Cherry sculpture at the Walker Art Center’s outdoor scultpure garden is a quintessential go-to for amateur photographers, tourists, and really anyone else out and about in the city of Minneapolis.  It’s a twin cities icon and a flawless public work of art that sits in view of the Basilica and downtown off in the distance.

7.  The Boundary Waters Canoe Area Wilderness is one of the last frontiers- over a million acres of pristine wilderness used primarily for canoeing and camping on the Minnesota-Canadian border.  Although there is no standard photo, just a picture of any of its thousands of crystal clear lakes, towering rock outcrops, majestic pines and abundant wildlife will do.

6. Another hard-to-get-to-but-totally-worth-it sites in this great state is the tallest waterfall in Minnesota, the High Falls of the Pigeon River.  Located at the extreme northeast corner of the arrowhead, at the terminus of US Highway 61 along the North Shore, this 120-ft tall powerful cascade is the actual border of Minnesota and Canada. A quick, easy hike from the parking lot brings you to this amazing site. 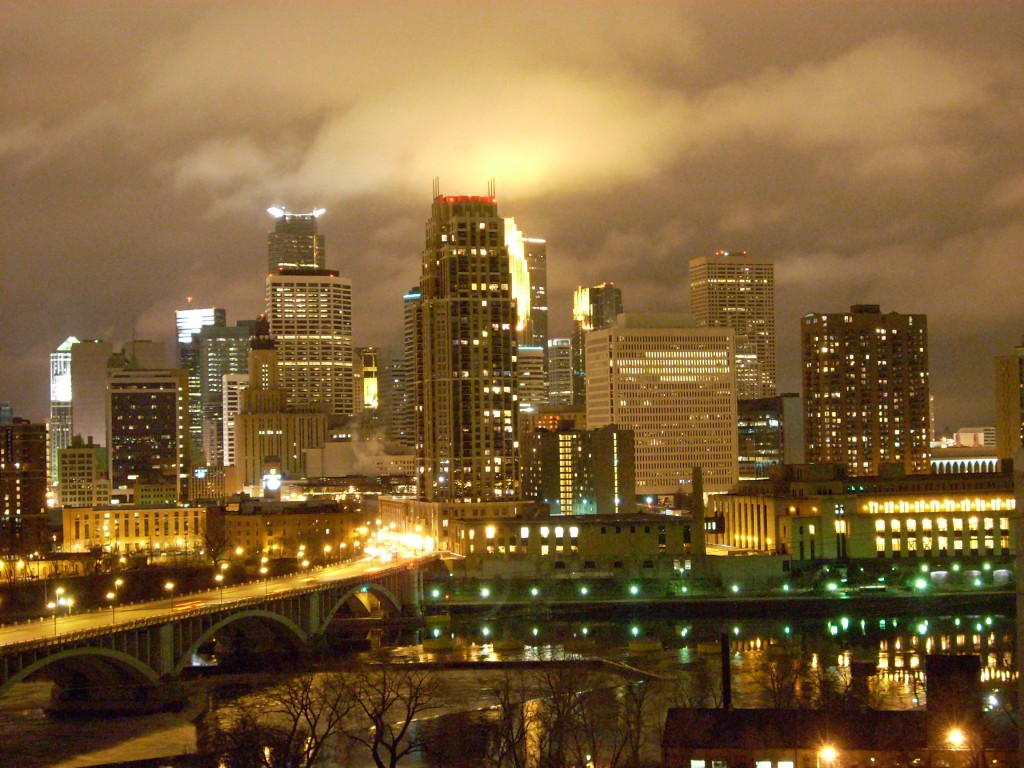 5.  The Minneapolis Skyline.  It’s unique buildings, bridges, and architecture make for an aesthetically fascinating skyline that rivals many other major US cities.  And to watch it come alive at night is a magnificent process- see the above photo-  and yes, I took this picture myself, and with a crappy little digital point-and-shoot Nikon Coolpix camera.  Right place, right time. 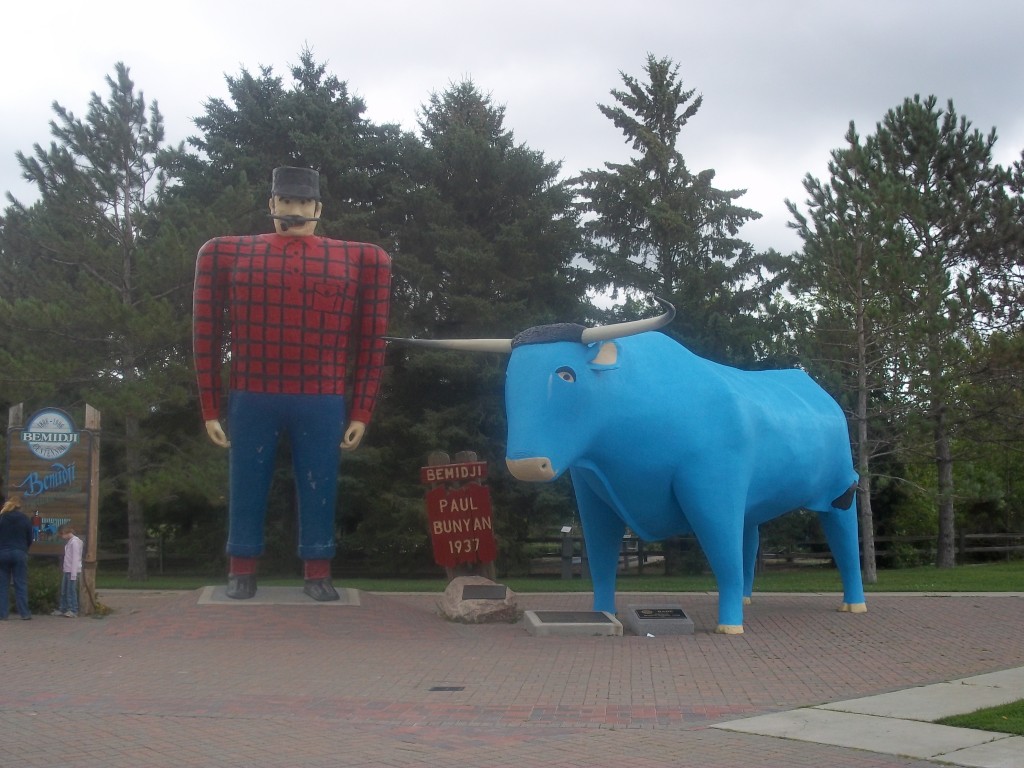 4.  Paul Bunyan and Babe the Blue Ox in Bemidji, MN lay claim to be the second-most photographed site in the US.  Regardless, this folkloric lumberjack and his trusty sidekick are Minnesota classic roadside attractions, and show up on just about every artist’s depiction of Minnesota landmarks.  And this isn’t even close to being the only Bunyan statue here. 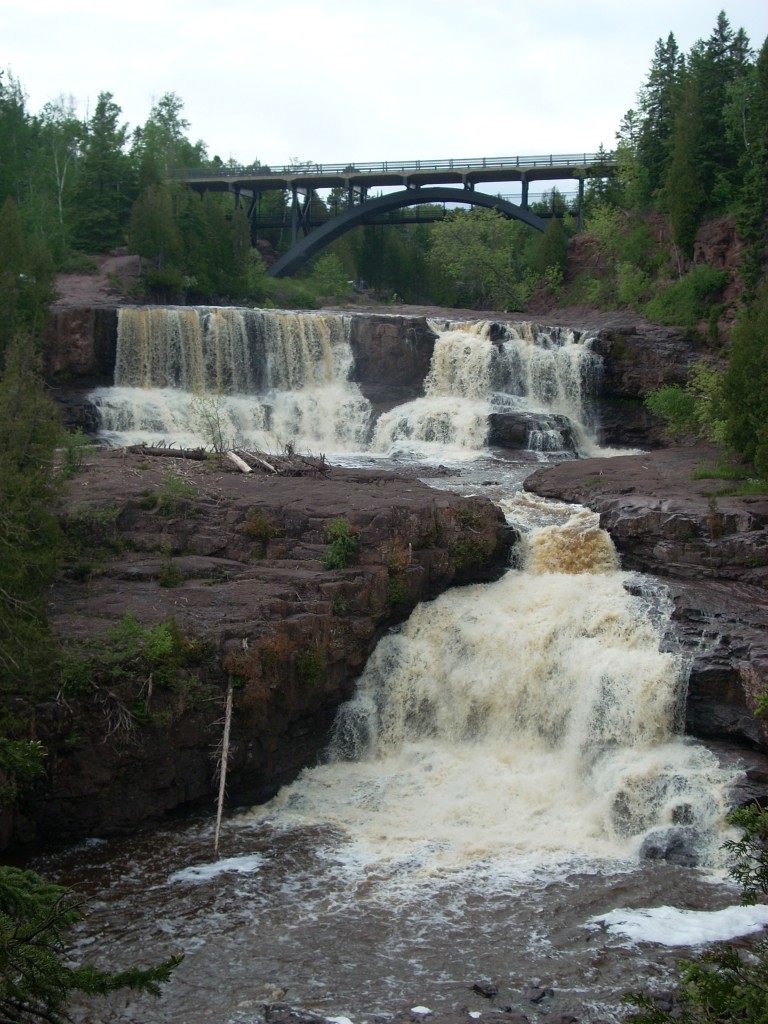 3.  Gooseberry Falls on the North Shore of Lake Superior just past Duluth is the most visited Minnesota State Park with over half a million annual visitors each year.  And for good reason.  This multiple-level falls thunders through a beautiful river gorge and flows out to Lake Superior in a truly amazing setting. 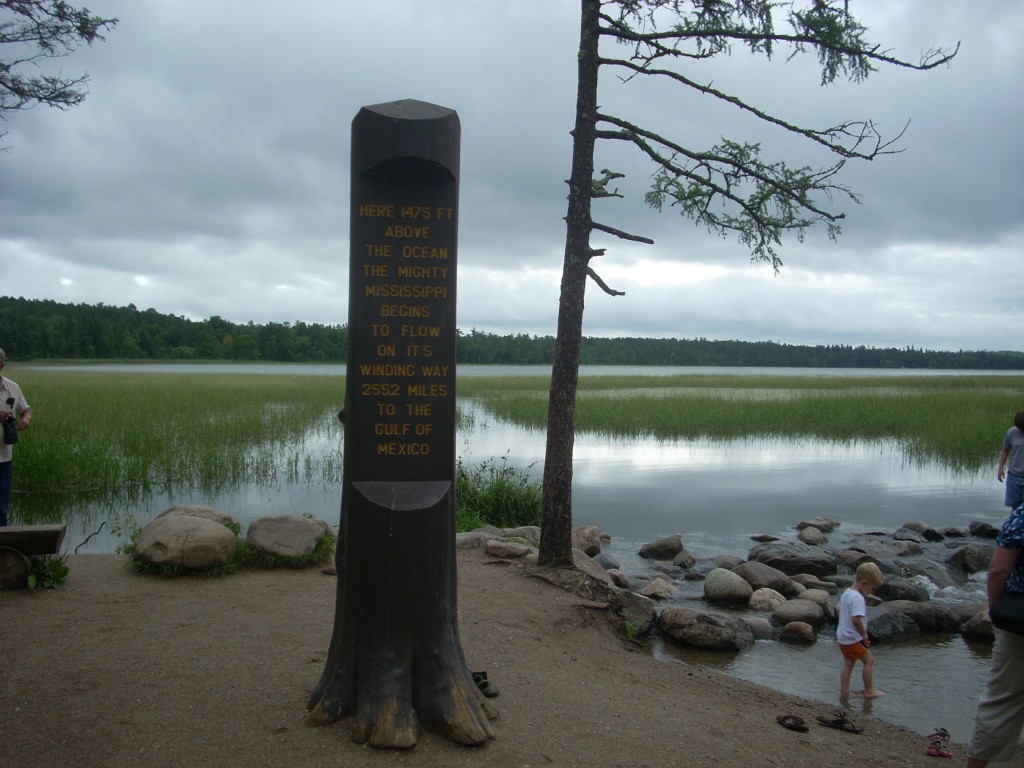 2. The Mississippi Headwaters at Itasca State Park.  The start of the longest-flowing river in North America starts here in north-central Minnesota’s lakes country. And to signify this, Minnesotans must make the pilgrimage to Itasca State Park and step across the stones at the mouth of the river and ruminate upon this river’s humble beginnings. 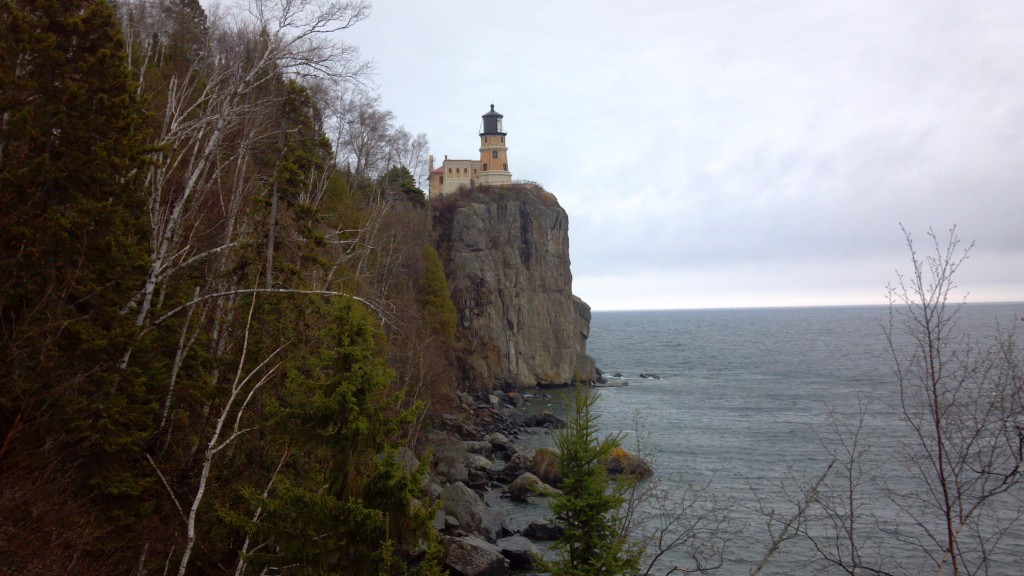 1.  Nothing really says Minnesota like the Split Rock Lighthouse. This picturesque structure perched upon a rock cliff overlooking Lake Superior is a national landmark and one of the most photographed and visited sites in the state. Its dramatic appearance set against this sea of blue makes it a true icon of the North Shore as well as the state of Minnesota.

You may also like: Top Ten Waterfalls of Minnesota, Ten Icons of Minnesota’s North Shore, and Top Ten Coolest Towns in Minnesota.

One thought on “The Top 10 Most Iconic Sites of Minnesota”