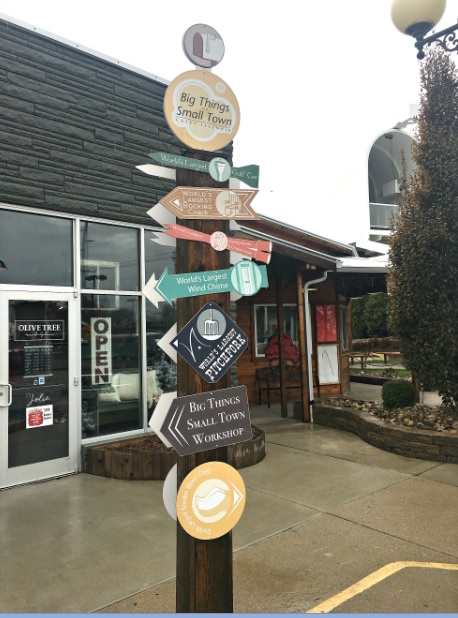 Having explored the bizarre world of Roadside Attractions for almost 15 years, shame on me for somehow not knowing about little ol’ Casey, IL.  A small town of just the right size (about 2,700), sitting there right on Interstate 70 just west of the Indiana border, the conditions all came together on a Saturday in November for a fascinating discovery. Casey is home to eight Guinness-certified “World’s Largest” objects, and maybe 20 other roadside attractions, most of which are found within a few blocks of the city center.  I had to see it. 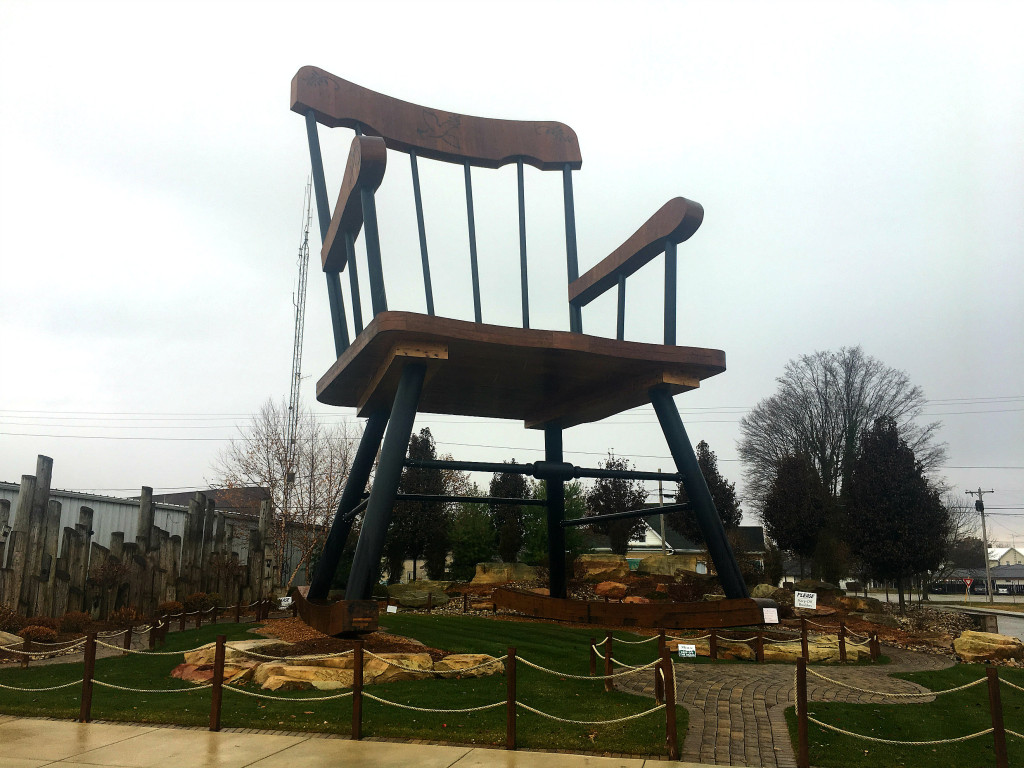 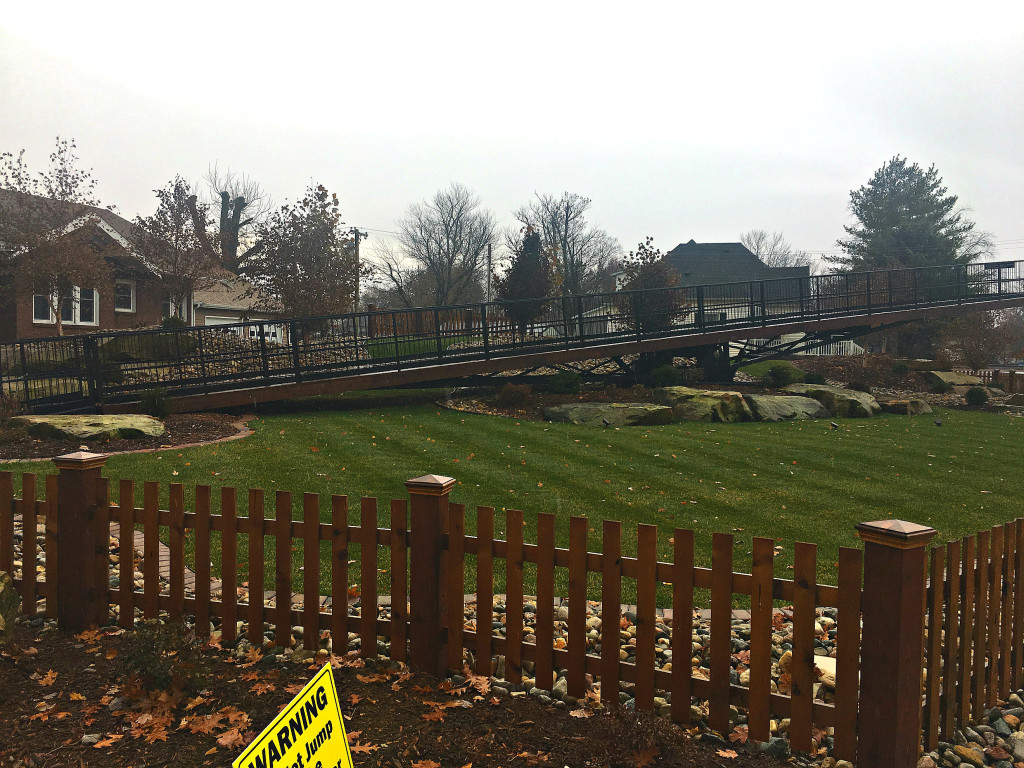 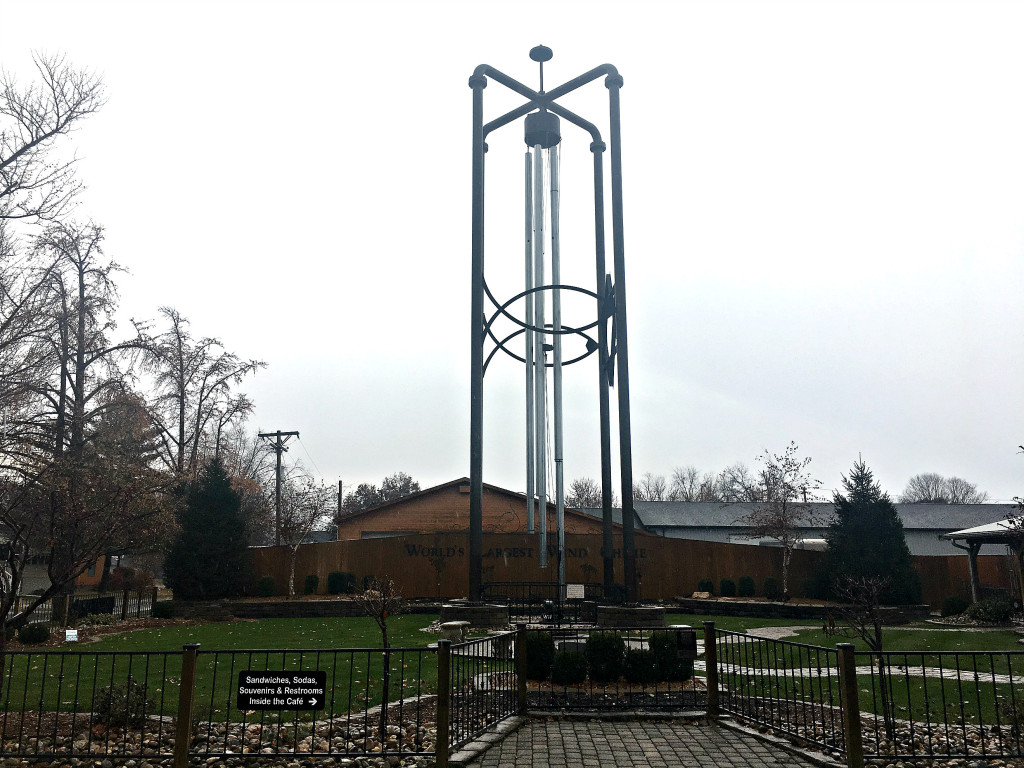 It was a drizzly, chilly day as I made my way into town, knowing absolutely nothing about how this all came to be.  I parked on a side street and set off on foot, finding roadside giants around every turn in a 6-block radius of downtown.  Some are listed on RoadsideAmerica.com, most were not.  Who made these? How long have they been around? Where were they built?  Surely there was some mastermind behind it all, as there usually is. 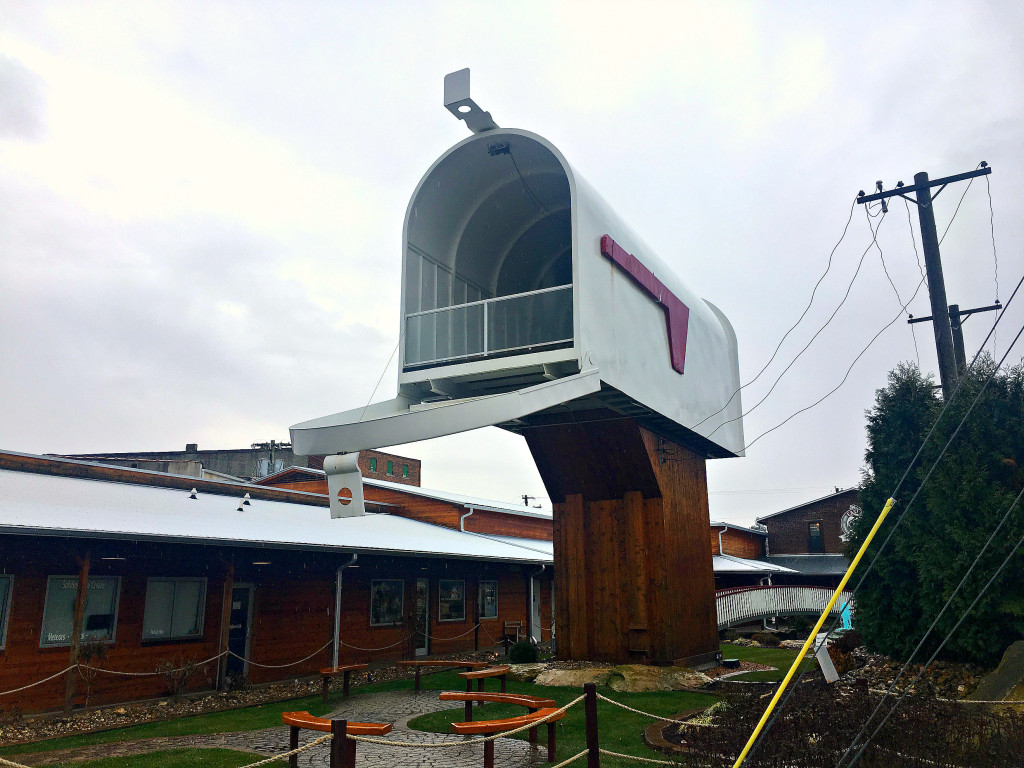 I dodged the rain as best I could while trying to get pictures of each, darting out into the street as to get far back enough to capture shots of the behemoths in one frame. I imagine the townspeople are used to such things, as they didn’t seem to mind.  The rocking chair, the teeter-totter, the pitchfork- some of these things are three stories tall and 50-ft wide and weigh thousands of pounds. The World’s Largest Wooden Clogs were found inside of a candy depot, and it was there that I learned more of the history from a local old-timer named Walt.  He also furnished me with a map of all of the attractions. We visited outside for a bit before I headed back out into the streets. 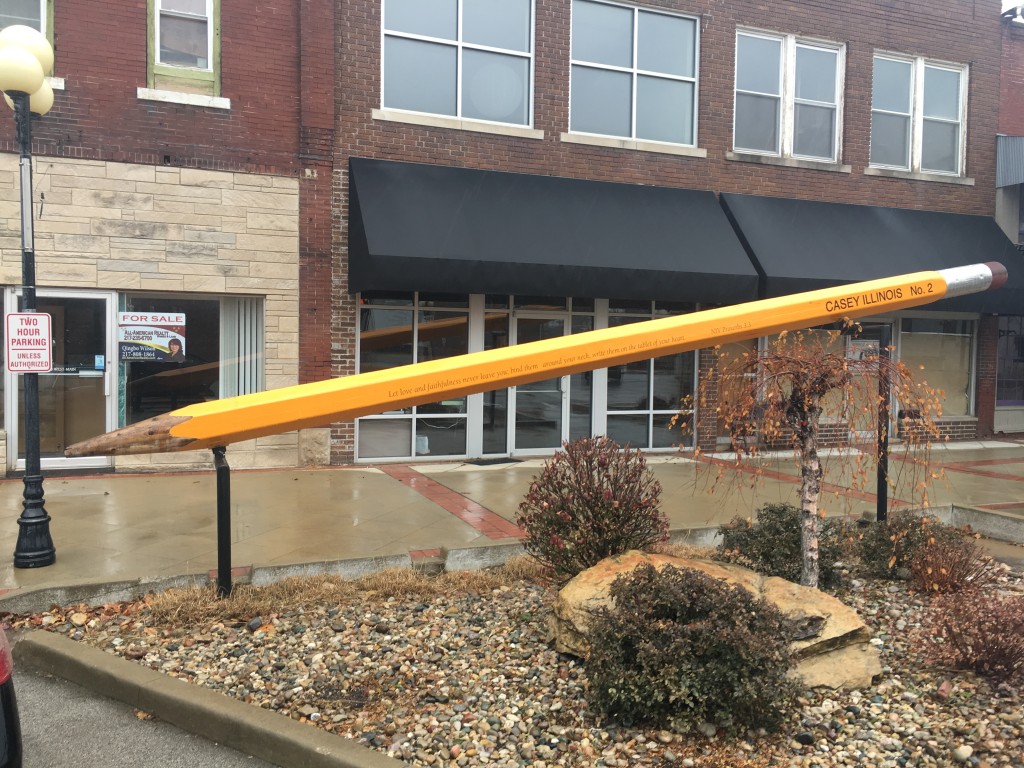 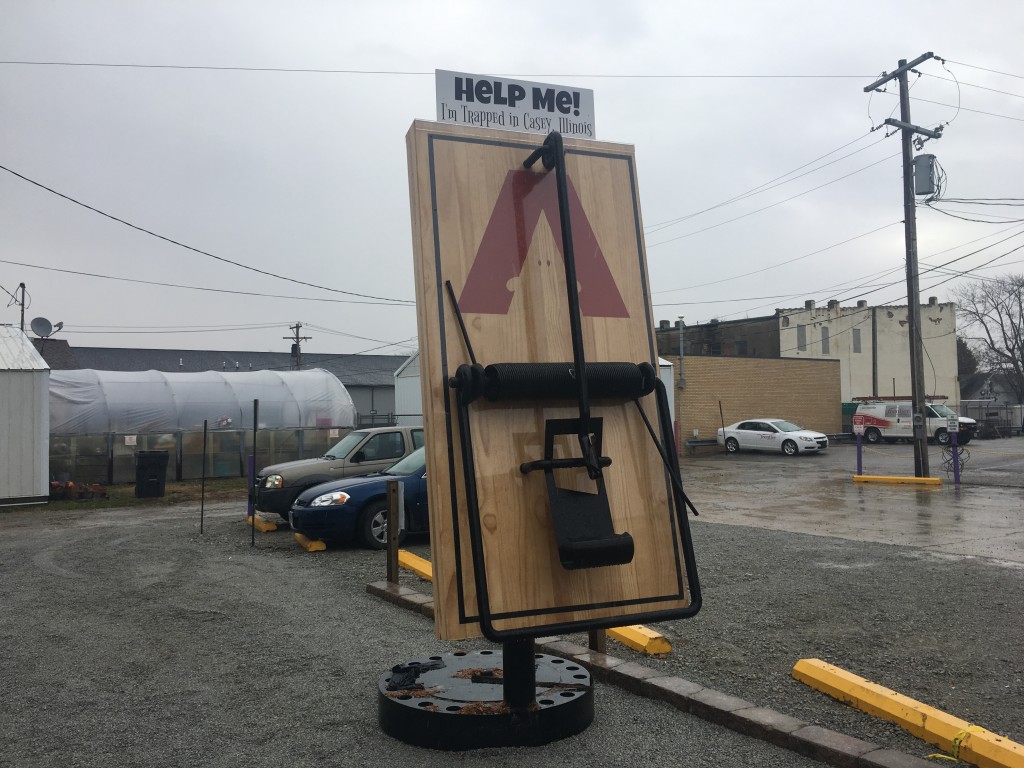 The installments are the brainchild of local resident and businessman Jim Bolin, started just under a decade ago.  He used out-of-commission telephone poles for the wood, old recycled pipeline and oil/propane tanks for the metal, and constructs them in his “Big Things in a Small Town” workshop, which was unfortunately closed during my visit (this seems to happen to me a lot).  The first record-holder to be erected was the World’s Largest Windchimes. You can even ring them if you’d like. As the years went on, more and more attractions were added. 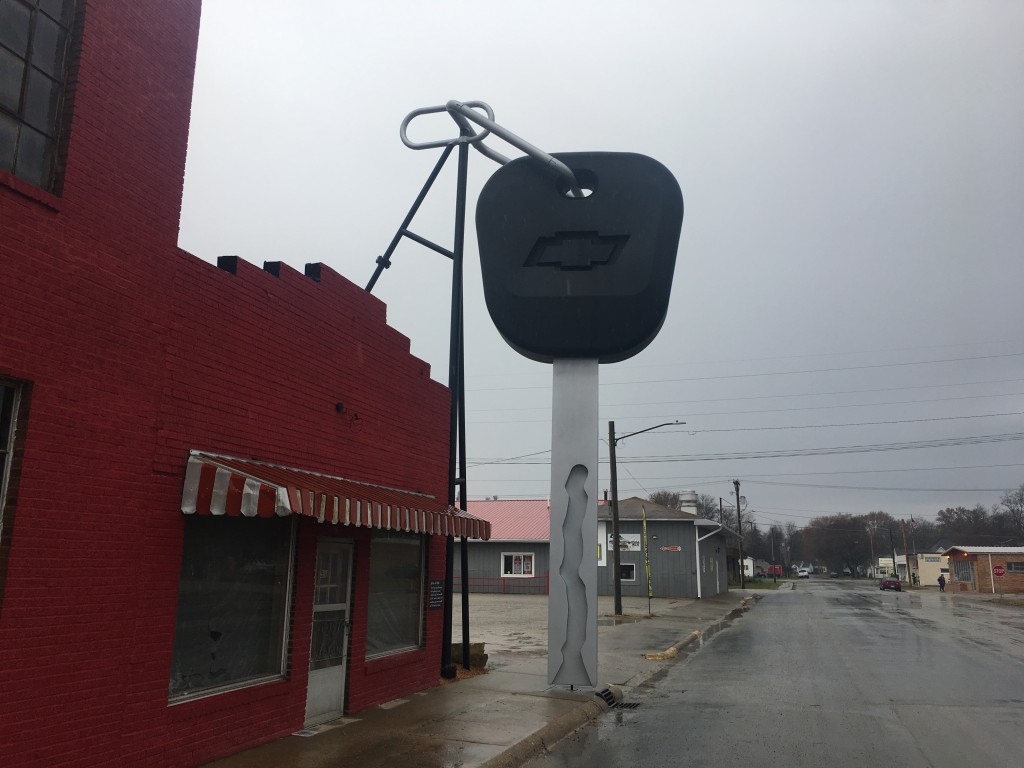 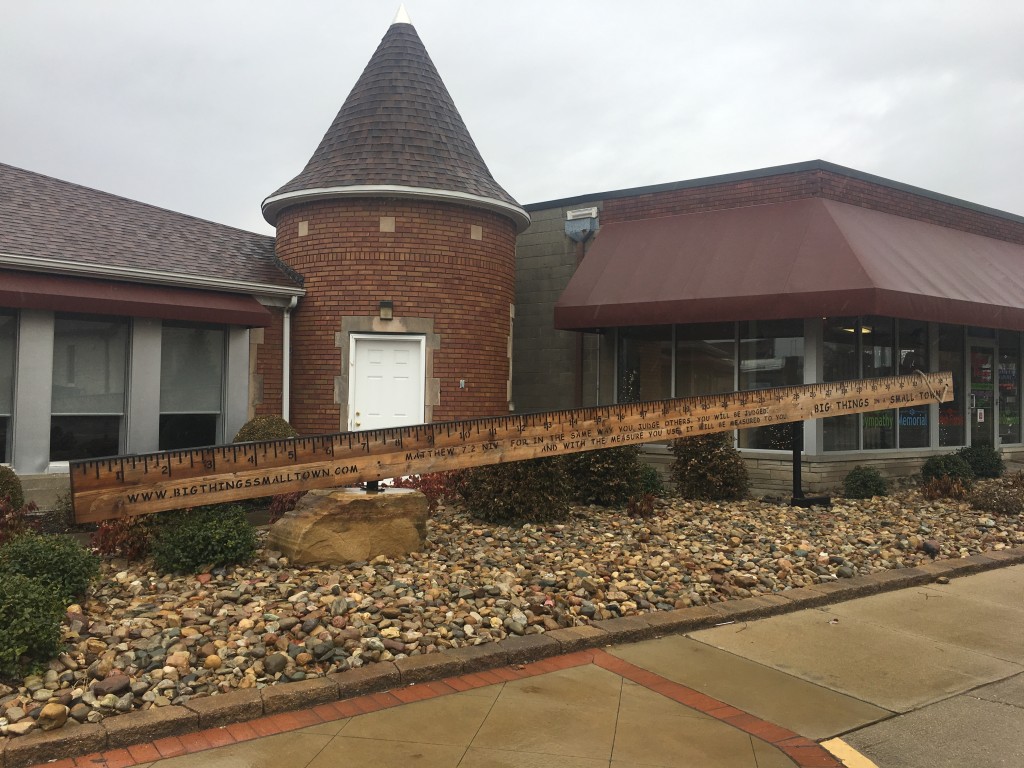 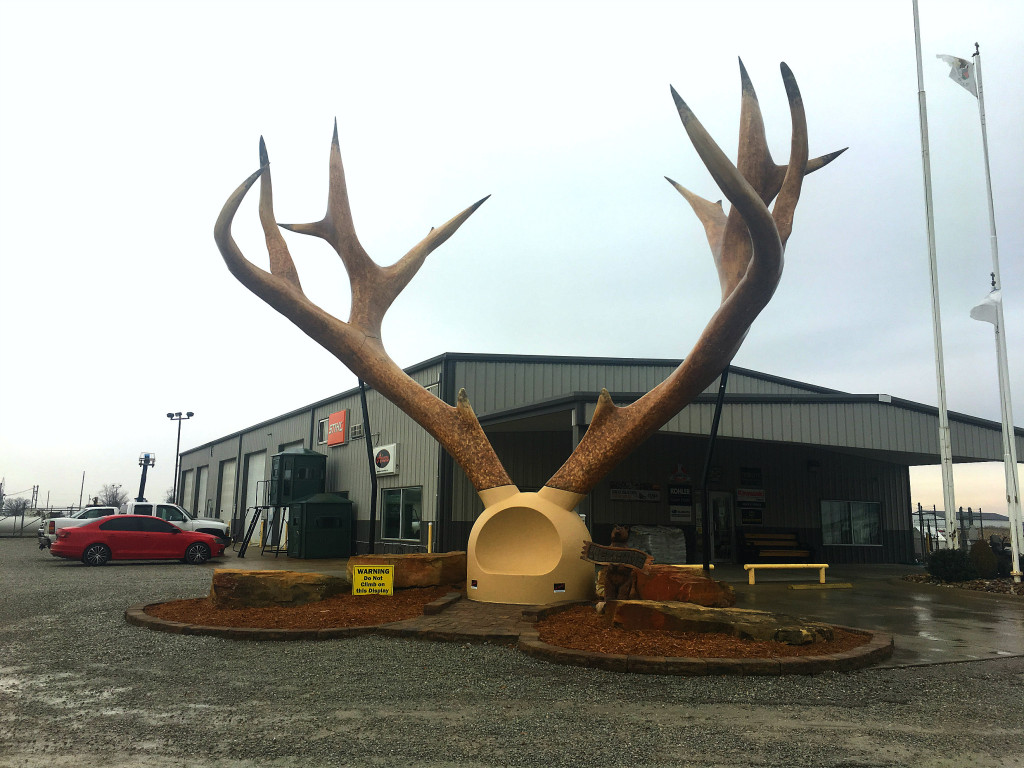 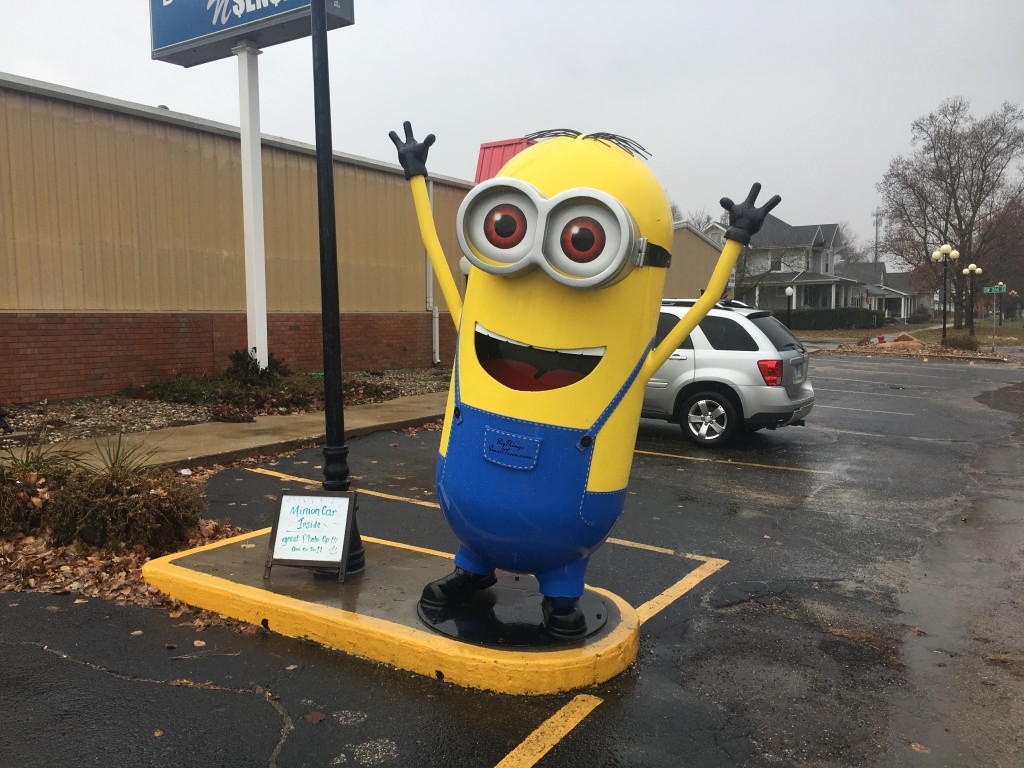 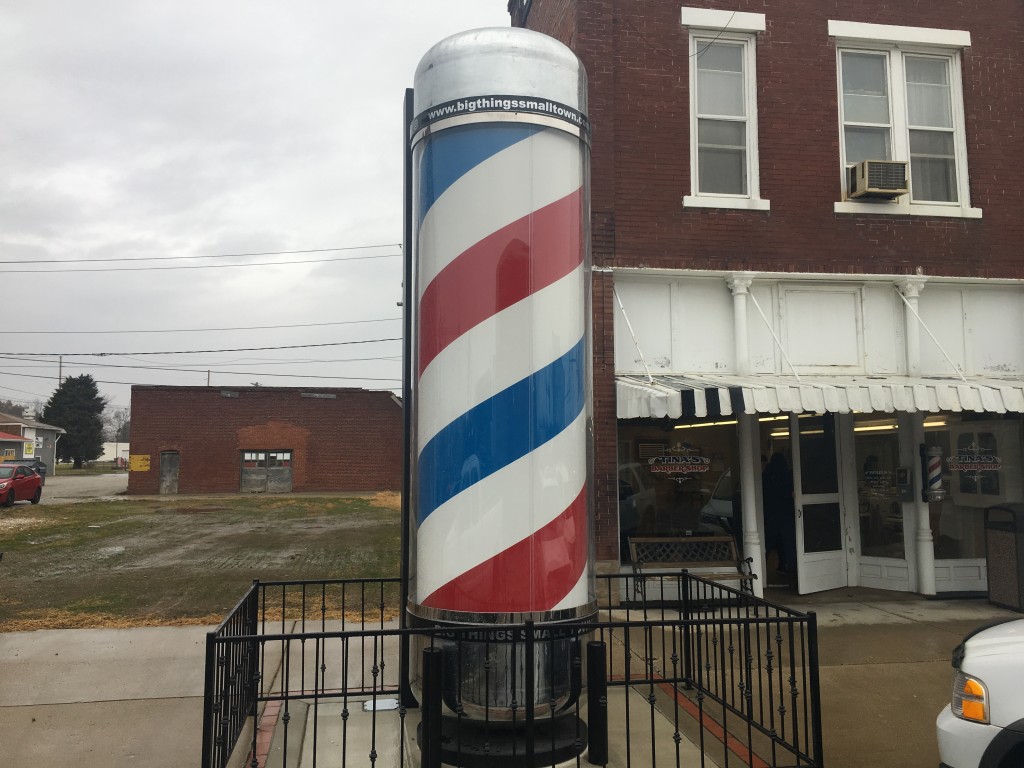 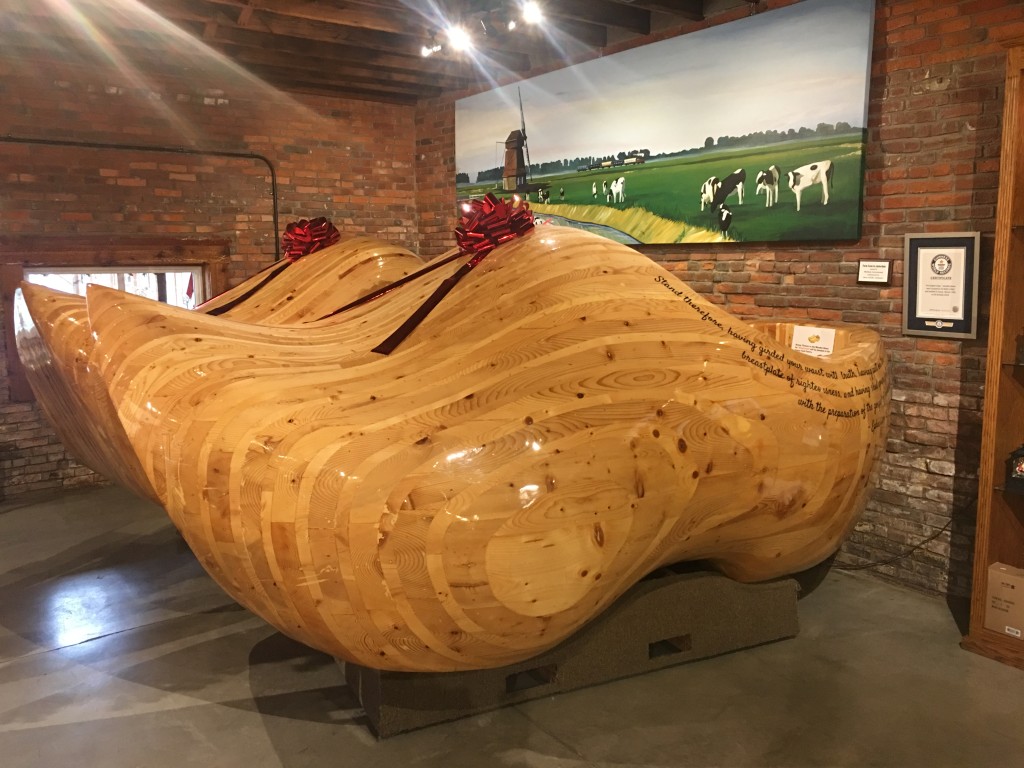 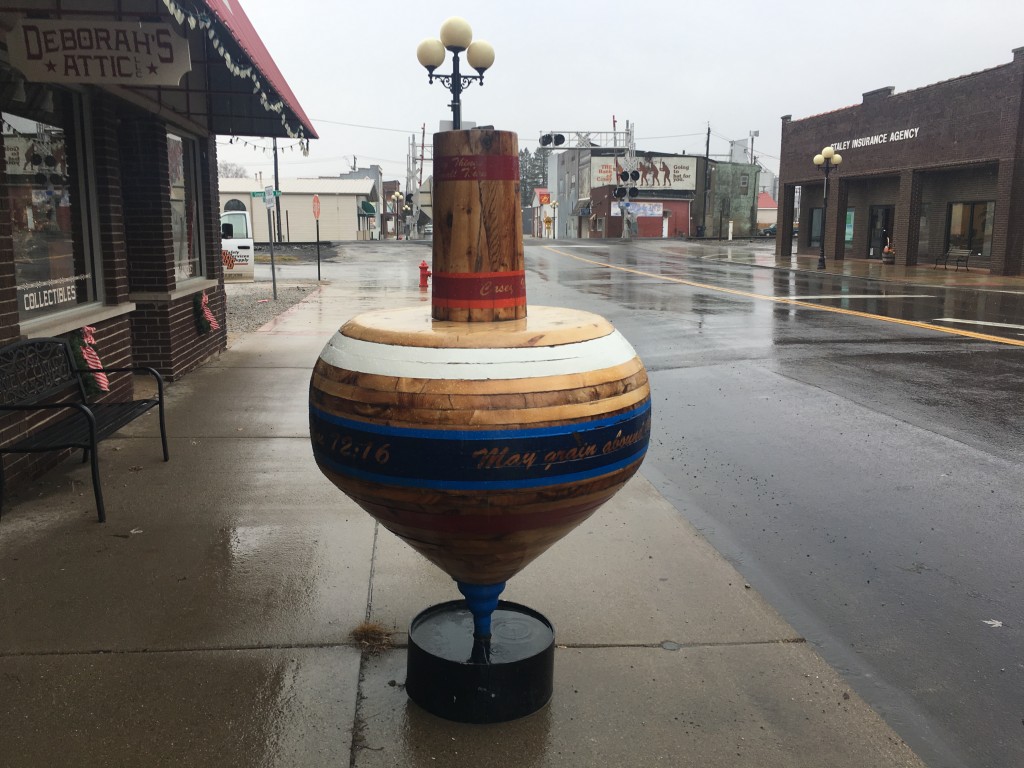 The library has a cute Bookworm crawling out of the ground; a family restaurant has the World’s Largest Pitchfork, the golf course has the World’s Largest Golf Tee and a giant golf club, the airport has a toy airplane, the Illinois Softball Hall of Fame features softball bats, and a local yarn store has the World’s Largest Knitting Needles and Crochet Hook (until 2017, when bigger ones were built in the UK). Giant antlers adorn an equipment rental store.  The bank has a giant wooden token, and so on.  There is a lot to see in this little gem of a town. 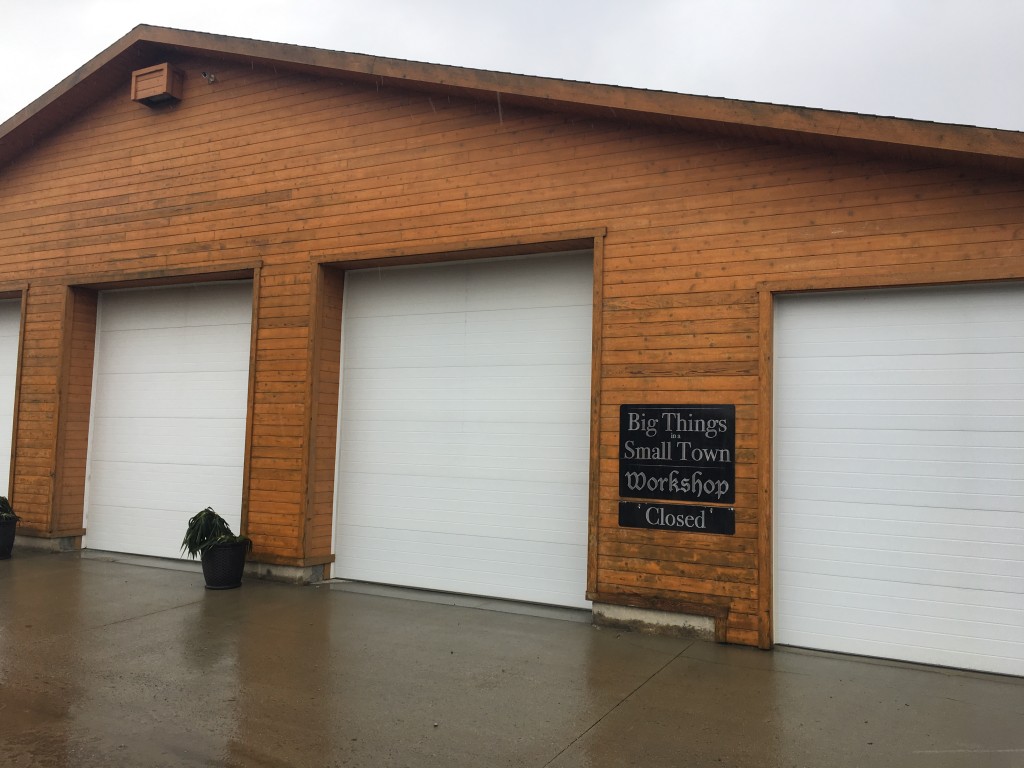 I didn’t get to see all of them as time and accessibility were a factor, but the people around town were some of the friendliest I’ve met. The statues all were visitor friendly and interactive, and most had a biblical verse attached, relating to said item. There were antique stores, coffee shops, restaurants and other thriving businesses in the old historic buildings downtown.  Casey is beautiful little piece of the American Midwest, a mecca for Roadside kitsch, and just another example of the countless hidden gems that dot our interstates and backroads.