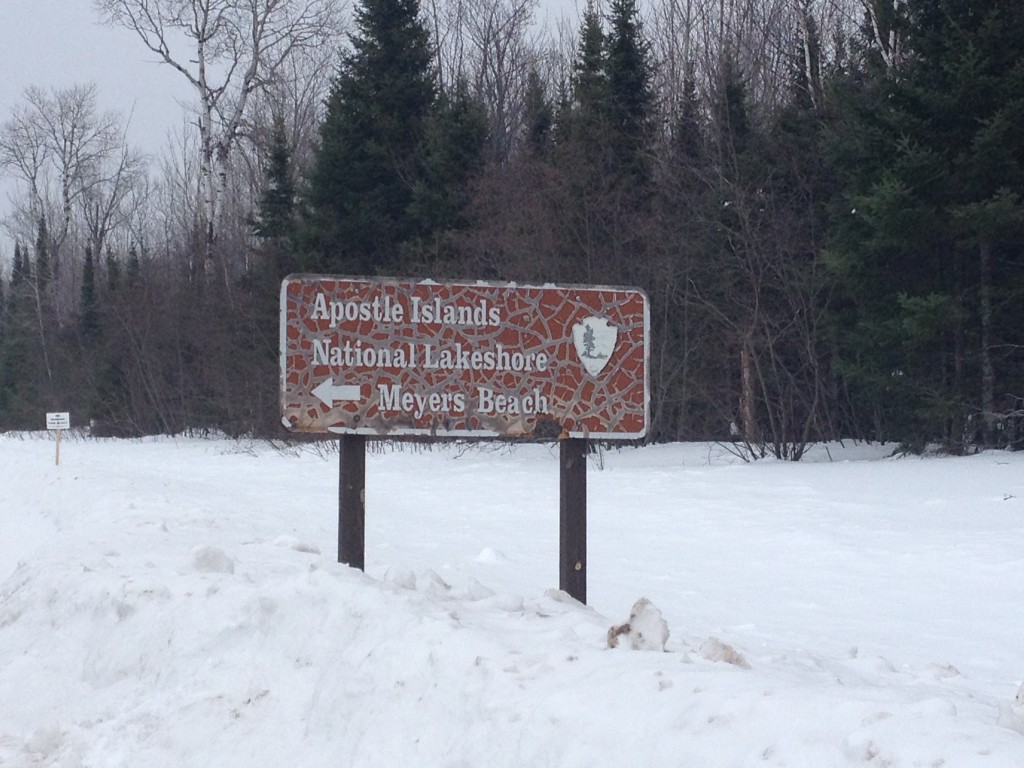 Over in Wisconsin, on the south shore of Lake Superior, there is to be seen a most amazing phenomena each year during wintertime.  But the site is not always accessible each winter, due to lake ice conditions.  The Apostle Island Ice Caves can only be reached by traveling on frozen Lake Superior, if the winter has been cold enough for the ice to be safely walked upon.  This weather we had this current winter of 2013-2014 was clearly cold enough. We were able to make the trek last week, with throngs of other tourists, to see this amazing place ourselves. 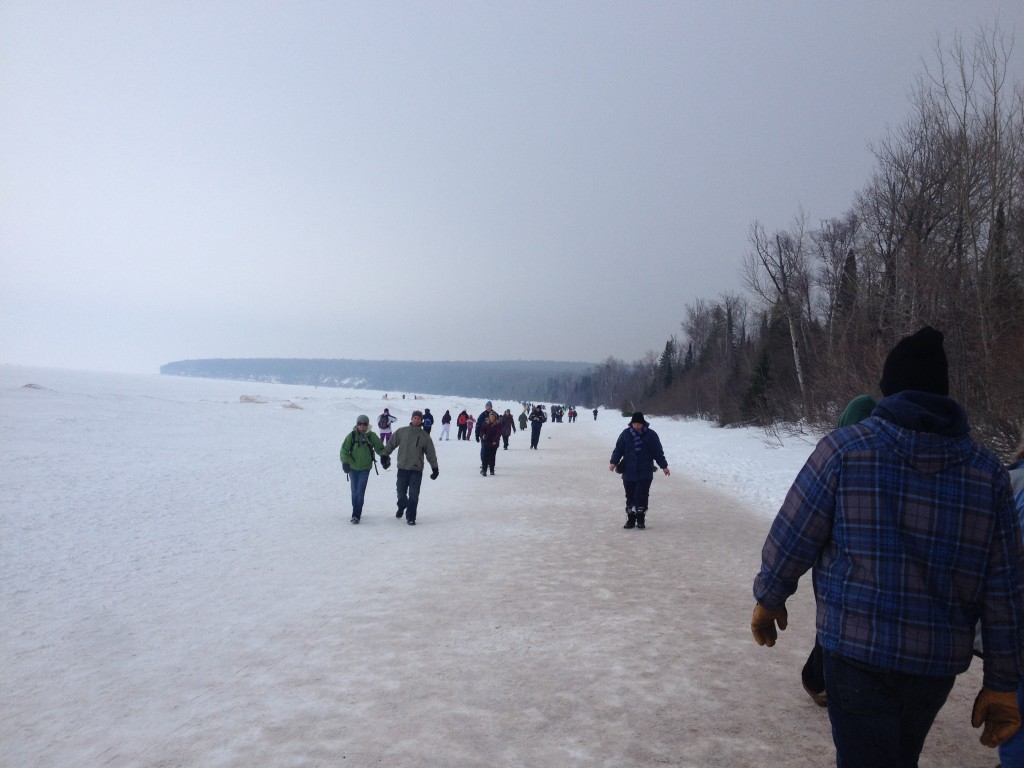 Although the majority of the actual islands are located off of Bayfield Peninsula, the spectacular ice caves are best accessed by parking at Myers Beach and hiking about a mile to the east along the frozen lake shore. The day we visited was a mild, March day, so it was packed with tourists and visitors of all ages. We ended up having to park about a mile down the highway just to reach Myers Beach and begin the hike. But the weather was great and we were in good spirits. The buzz around the area signaled that we were in for something spectacular.

The caves themselves were formed over centuries by nature’s forces including wave action, freezing, thawing, and erosion.  During winter, the water freezes in and around the caves, creating a dazzling spectacle where frozen waterfalls, icicles, arches, and chambers contrast against the tan-colored sandstone that makes up the cliffs and caves, all set beneath towering birch and white pines above.  It’s a fascinating, beautiful sight to behold. 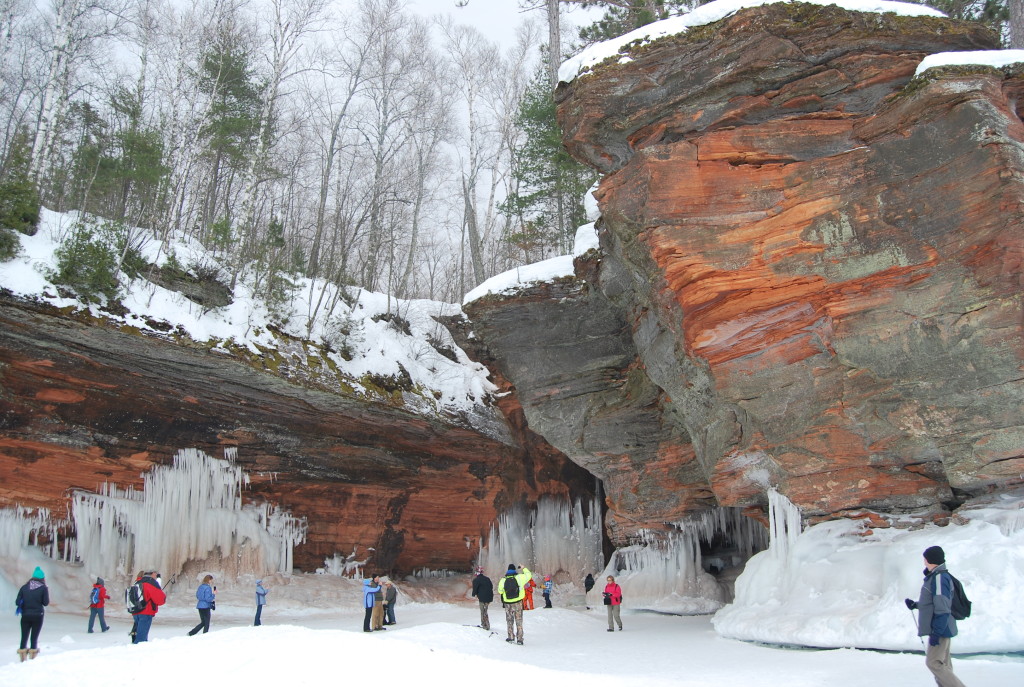 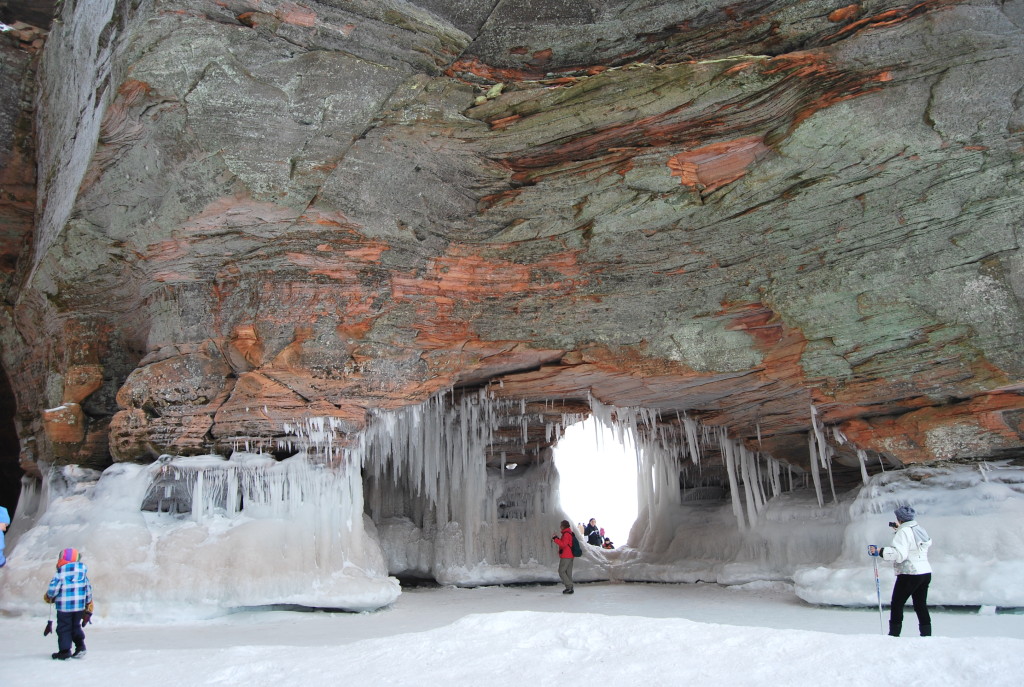 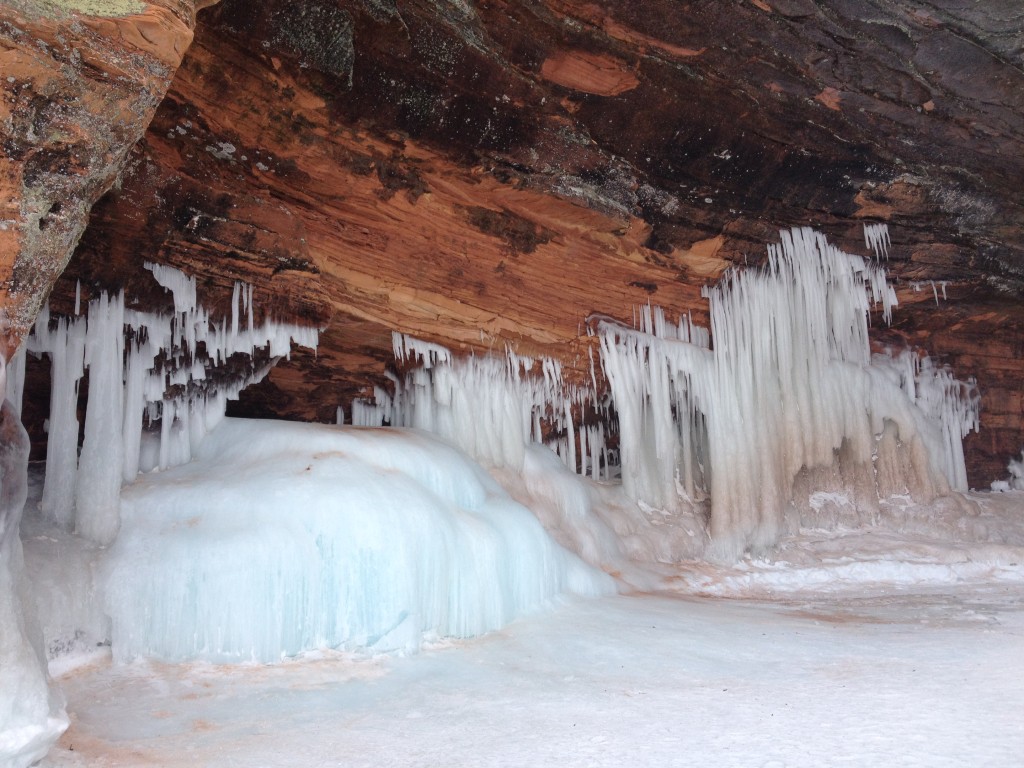 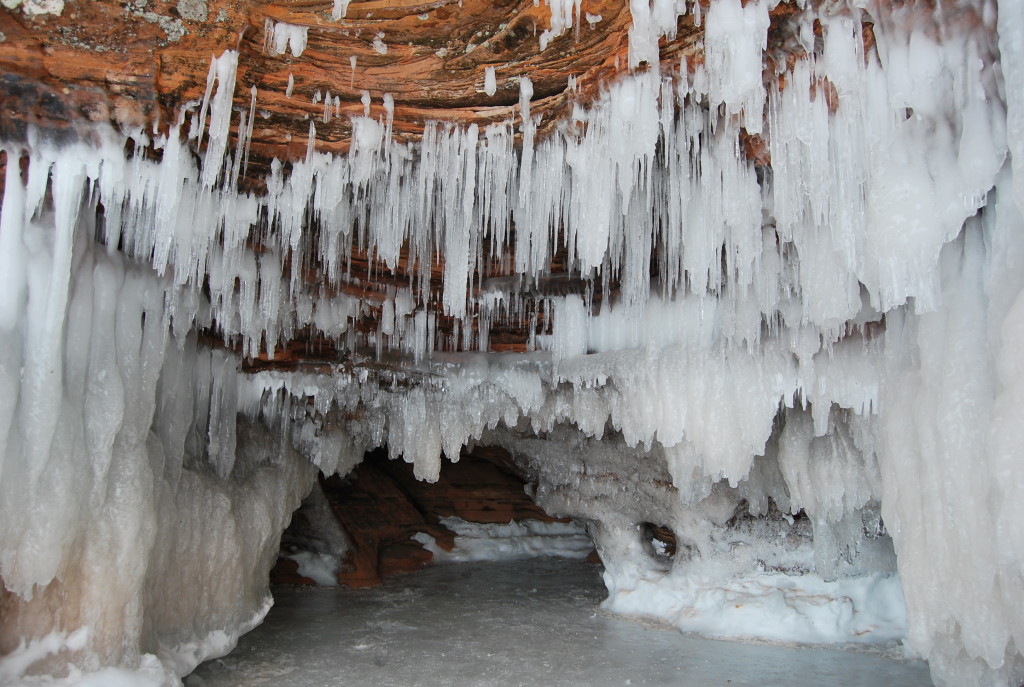 The last time the caves were accessible by foot was 2009, and the last time prior to that was 2003.  The thickness of the ice of course depends on the weather conditions each year.  One good thing to come from this unseasonably cold and miserable winter was that the ice was thick enough to allow us to enjoy this unforgettable experience. 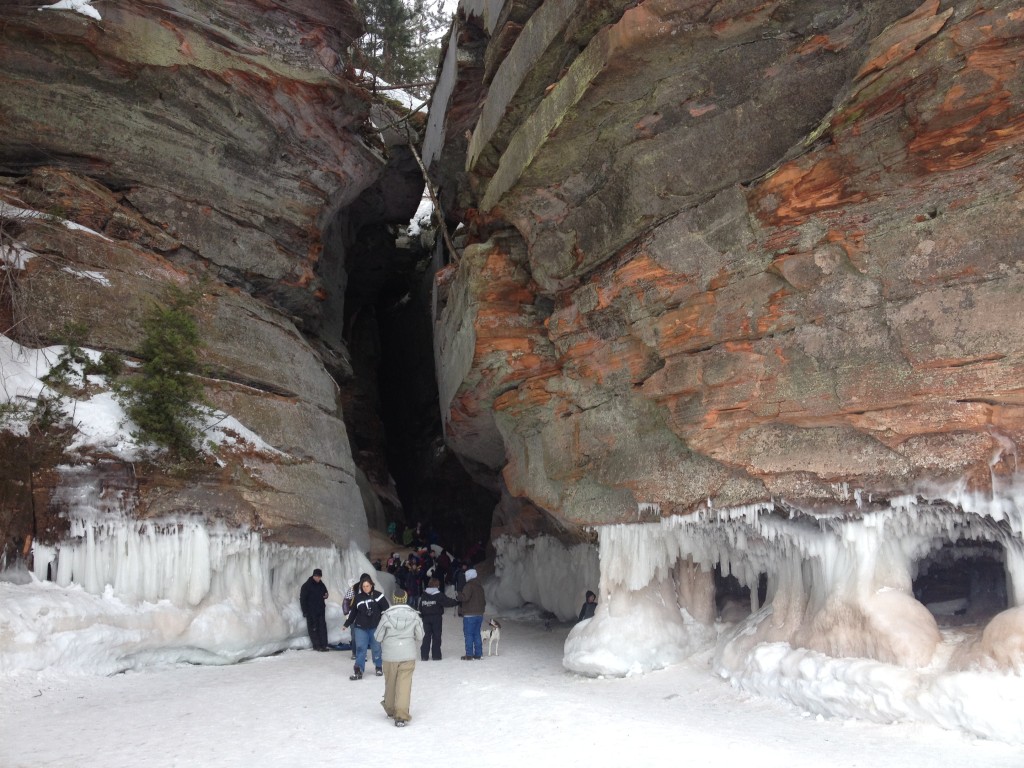