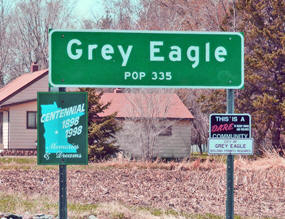 Almost smack dab in the middle of Minnesota lies a small town in Todd County called Grey Eagle. It has a population of only about 350, and is not really found near any major highways. But in this quaint little village, there is a magnificent structure which serves as the town hall. 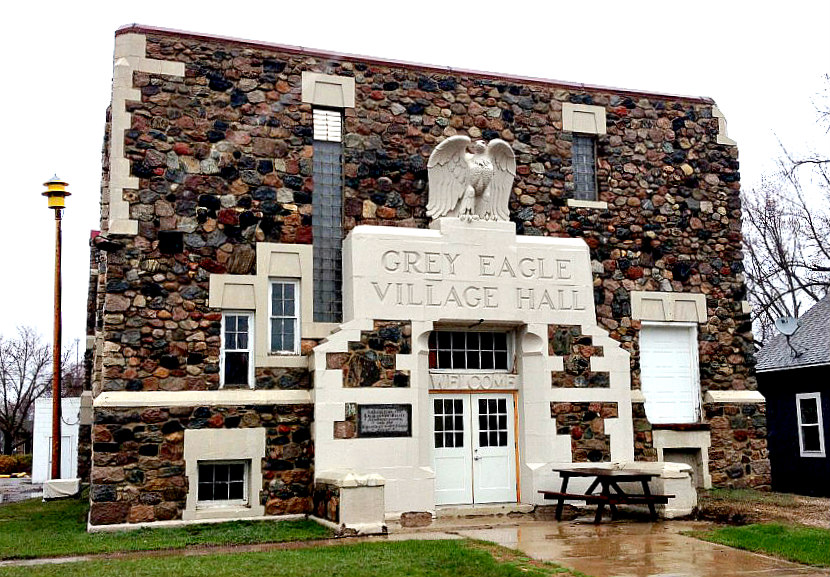 The Grey Eagle Village Hall was built in 1934 as part of the Emergency Relief Administration, a predecessor to the Works Progress Administration, which gave federal aid to states and put unemployed workers back to work during the Great Depression. The projects created hundreds of new buildings and structures in Minnesota (along with the rest of the US), many of which took on the detailed, hand-cut field stone architecture common of the era. On the front of the building is a plaque which describes its history. 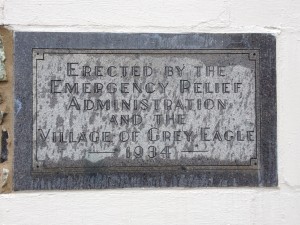 The Grey Eagle Village Hall is a classic example of the Art Deco movement popular around the 1930’s with rounded, blocky edges and Deco typeface on the facade. Above the door is a 5′ tall hand-carved eagle.  The building, listed on the National Register of Historic Places, serves as the municipal town hall for the small community.  Although I didn’t get to go inside, (it was locked when I passed through town on a Monday afternoon), it’s safe to say the most impressive part is admiring it from the outside. This is a classic hidden gem in a quiet, unassuming small town. 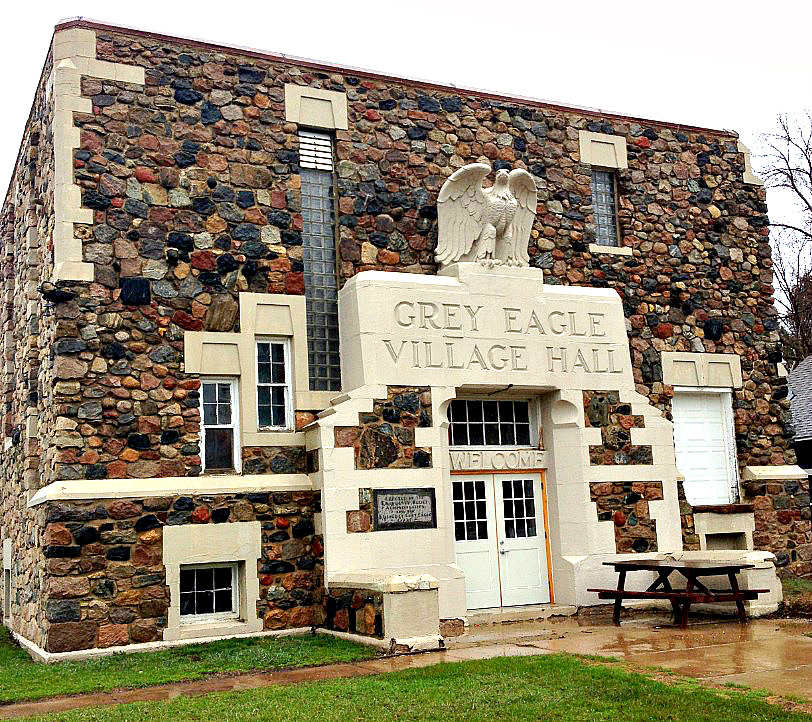 While in the area:  Grey Eagle is located near many of the beautiful Churches of Stearns County, and close to the town of Sauk Centre, home to the historic and haunted Palmer House Hotel.