Once there were three.  Three little stone houses, igloos, castles, or whatever you want to call them.  Built almost 100 years ago by Thaddeus Giddings, as part of a whimsical garden area on small islands along the Rum River where it meanders its way towards the Mississippi River down below Anoka, surrounded by weeping willows. Now there is only one remaining. 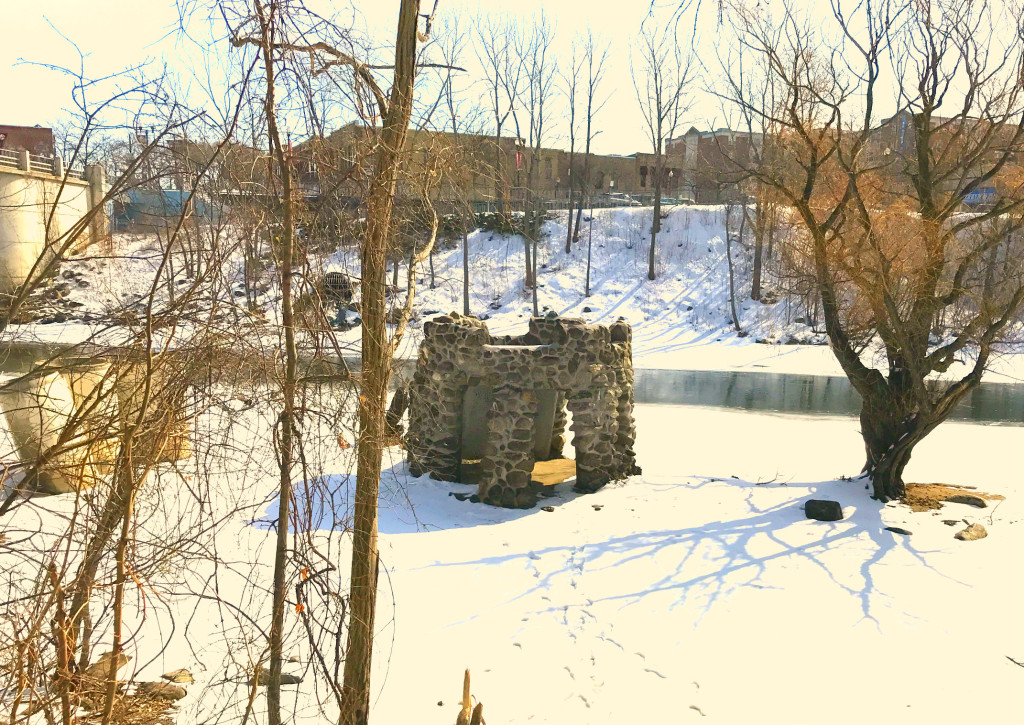 The Rum River Stone Castle, as it’s known, sits on a sandy spit on the Rum River, visible to the south as you head into Anoka’s downtown from Highway 169. Look to the right as you cross the bridge and you’ll see it down there, a little castle on its own little island.  Most Anokans can recall a time growing up that they visited the Stone Castle.  When the water level is low, you can walk right up to it (or when the channel freezes in winter, like I did). 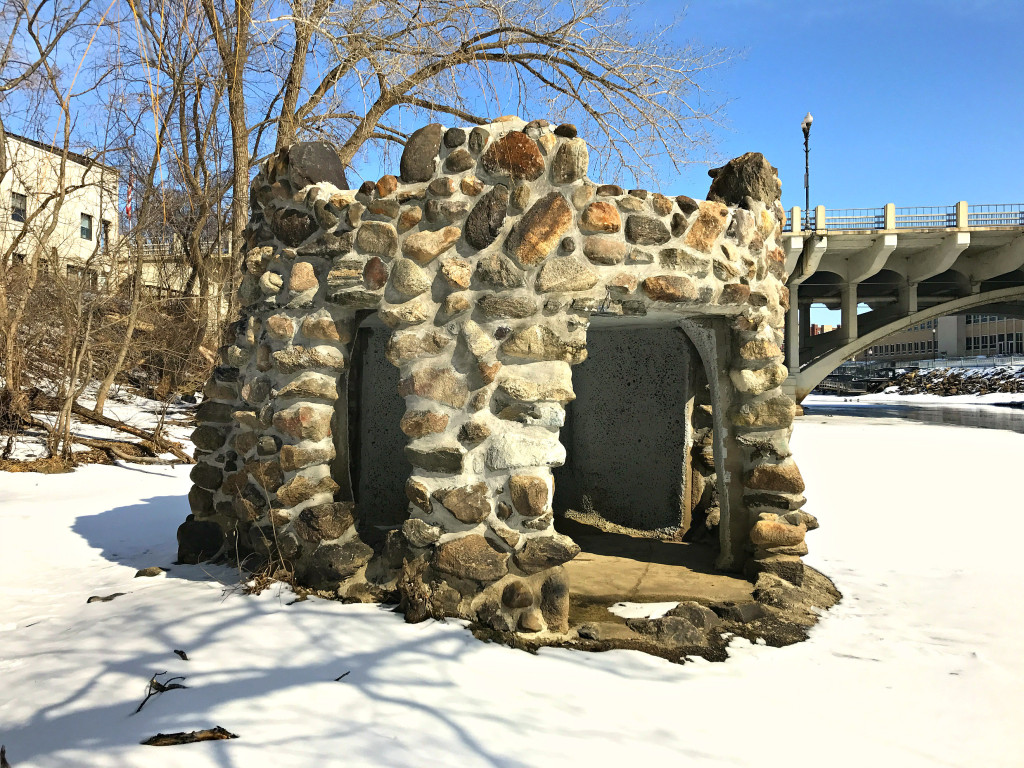 The stone fort is almost 90 years old, and parts of it (along with the two additional forts and a cobblestone bridge), have succumbed to the weather and the moving water. Recently in 2012, the City of Anoka had to make a major decision about it.  What to do with it? It’s a rich part of Anoka’s history;  the historic town is full of little quirks like this.  Could they restore it?  Not for the $300,000 it was quoted to cost.  Should they fill it with concrete, ensuring it won’t be going anywhere, ever?  No, that would take away from its charm. So they stacked four concrete culverts upright just upstream from as a makeshift barrier to divert water around it.  A bit of an eyesore, but I suppose it works. 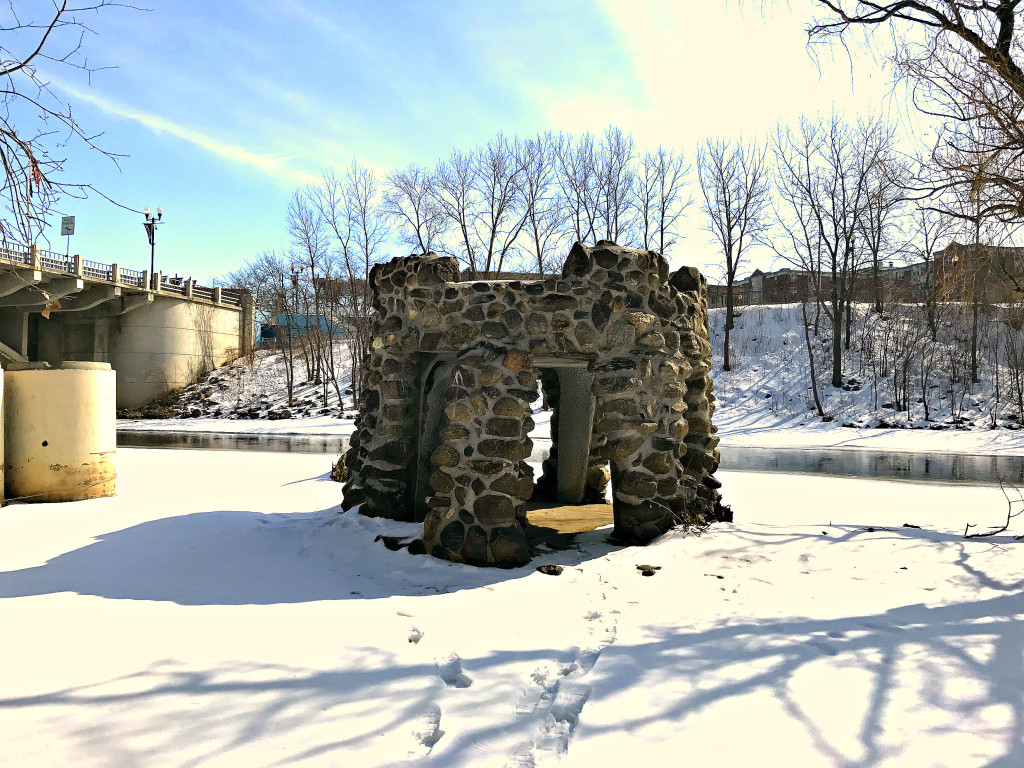 Most cities don’t have much left in the budget for preserving these types of things.  Some say if they built a bike trail to it, it could increase vandalism.  Surely nobody wants to see it gone, but its unique construction along with its precarious location make it a question mark, even with Anoka listing it as a local historic site in 1994.  It still belongs to the locals, the dreamers, and the next generation of people to discover it.  But like everything else, someday it will likely crumble and get washed away, leaving nothing more than just a memory. 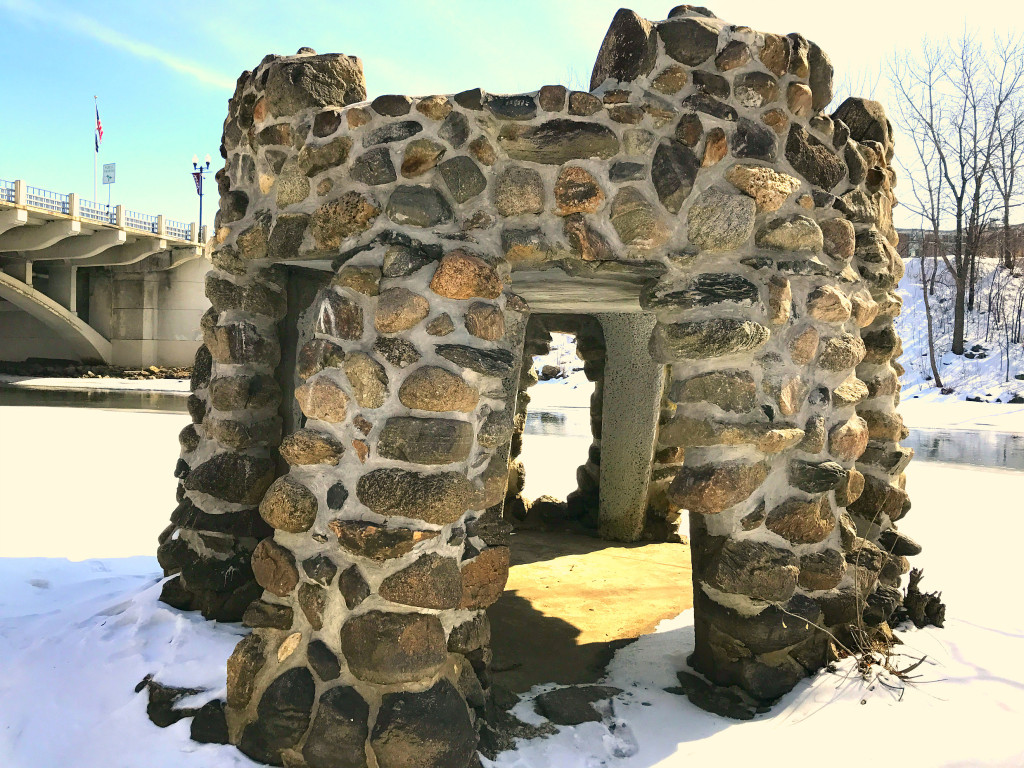 While in the area:  Don’t let its suburban disguise fool you, Anoka is a great little gem of a town to explore.  They have an amazing little historic Sinclair Station, incredible old buildings, houses, signs, and a downtown with antique shops and cafe’s.  This all overlooks a beautiful dam just upstream from the Stone Castle. Also, they are the Halloween Capital of the World.

4 thoughts on “Stone House on the Rum River, Anoka, MN”