While traversing the state compiling a list of the Top 200 Coolest Houses in Minnesota,  we came across some truly incredible domiciles which people call home. It all came down to these Top 10.  If you have seen any weirder houses than these in Minnesota, please let us know in the comments!  Otherwise, enjoy the most bizarre homes in the Land of 10,000 Lakes. 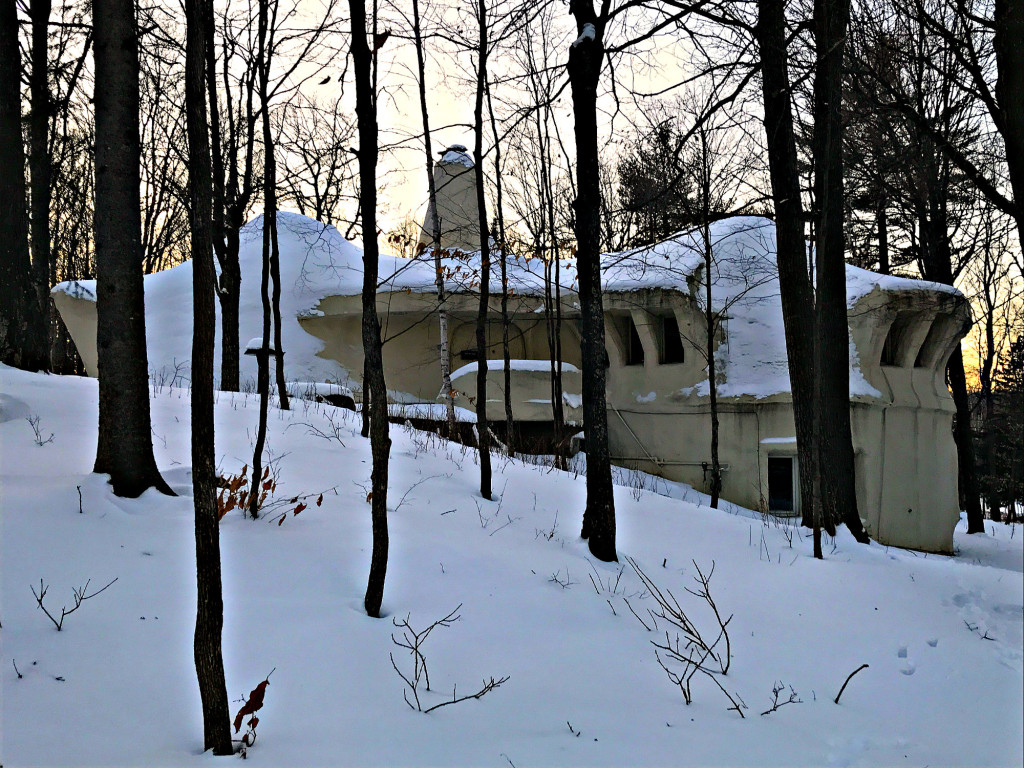 10.  Winslow Wedin House, Duluth –  Winslow Wedin, an architect who eschewed traditional building materials and boring rectangular shapes, designed two bizarre homes in Minnesota out of unusual building materials.  This was the second house after Ensculptic, which appears later on this list. Wedin preferred to build using polyurethane foam over a frame, in this case making a spaceship-looking home.  It’s a private residence nowadays, and completely hidden by trees in warmer months. 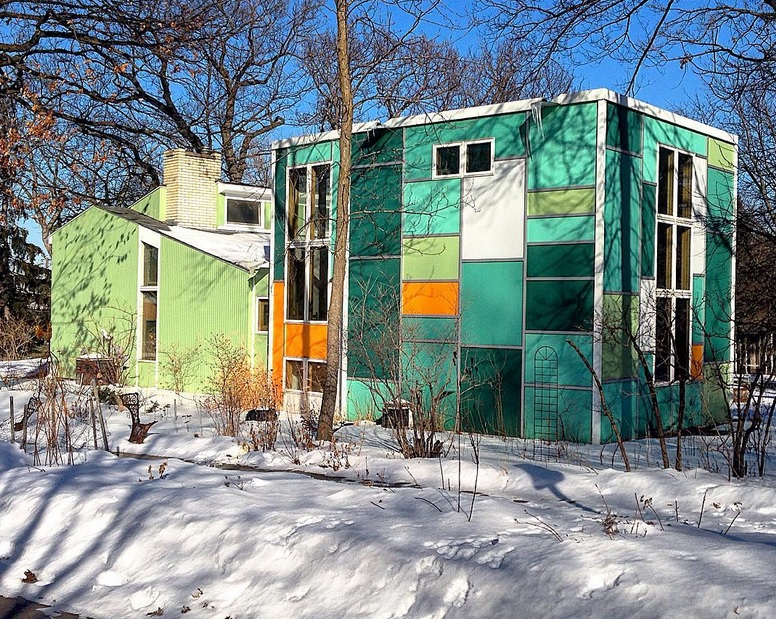 8.  Elam House, Austin – The Elam House in Austin, MN is one of 10 Frank Lloyd Wright-designed homes in Minnesota. (There were originally 11, but the one in Cloquet was moved out of town in 2016.)  Built in 1951 for S.P. Elam and his wife after seeing another of Wright’s organic, “Usonian” masterpieces in Wisconsin, this is one of Wright’s largest homes and can actually can be rented out for private use via VRBO. 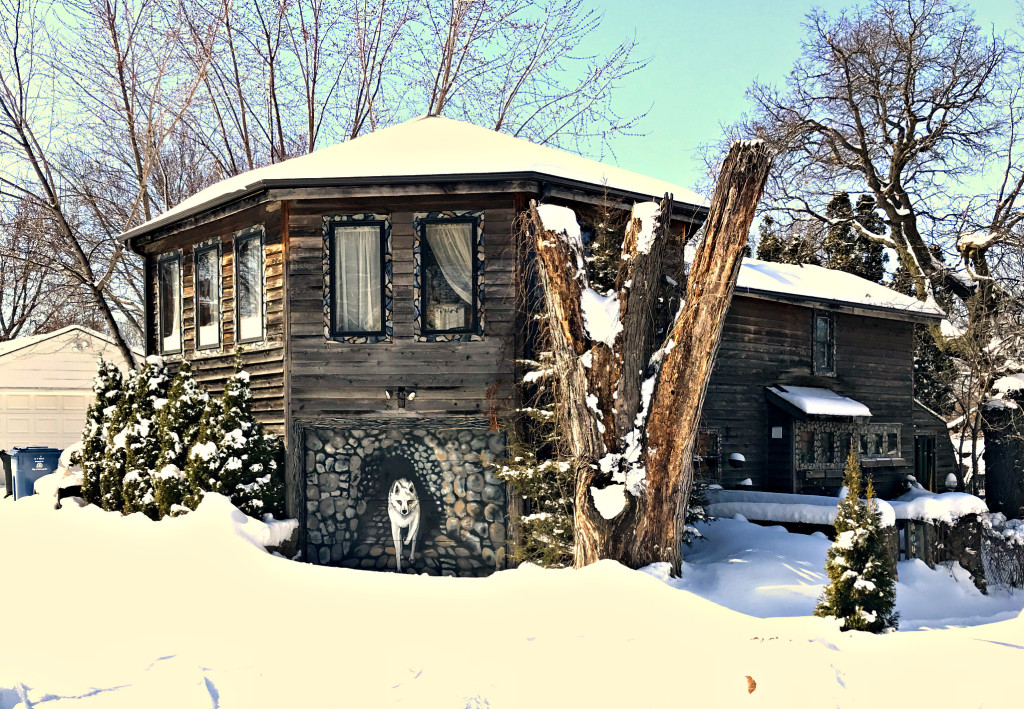 7.  The “Wolf House,” Northeast Minneapolis  –   Truly a fascinating creation, the artsy “Wolf House” in Northeast Minneapolis is the work of roughly 4 decades of Lauri Svedberg, an eccentric character who completely made over an early 1900’s one-bed-one-bath frame house into an earthy, artsy, quirky home featuring cobblestone, homemade windows, rock gardens, and an even more bizarre interior. Svedberg sold the home and moved out of the area in 2015, but it looks like the new owners will keep the quirky charm. 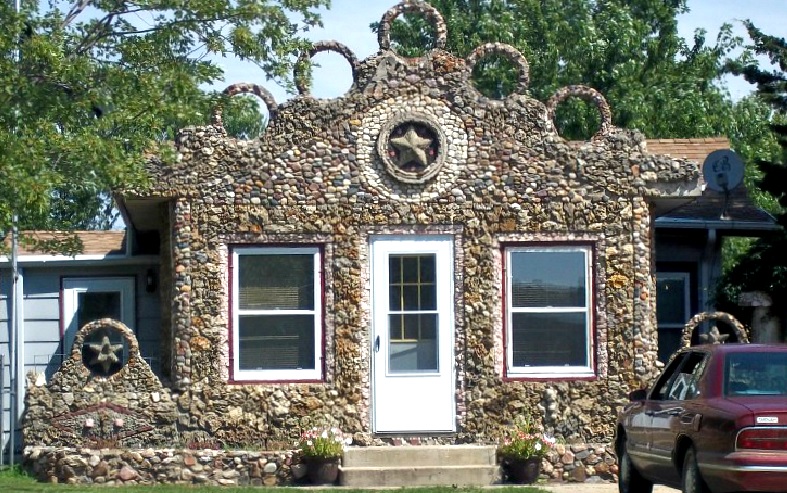 6.  H.P. Pederson House, Arco, MN – Arco is one of those countless tiny prairie towns in southwest Minnesota that is hiding a hidden gem or two.  The H. P. Pederson House,  formerly a Texaco Station and rock garden from the 1930’s and 40’s, was once a huge deal.  Tourist buses even came by to see the marvel in the unassuming little town. Over the years, it was all dismantled and the service station was converted into a private residence. Some of statues from the rock garden were fortunately saved and moved to a park and campground outside of town.

5.  Reuben J. Freeman House, Inver Grove Heights –  This quirky, 8-gabled house is found in a quiet suburban neighborhood of Inver Grove Heights near the Mississippi River.  It was built with local fieldstone back in 1875.  The ever-growing vines and overgrown hydrangeas around its exterior give it an even further mysterious appearance. 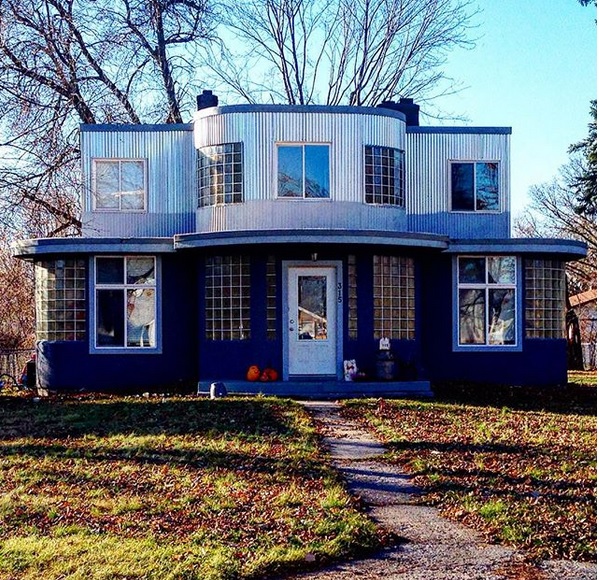 3.  Frances Shepard House, Falcon Heights – Legendary Mid-Century Modern architect Ralph Rapson designed a number of MidMod homes and buildings in Minneapolis, including the polarizing Cedar-Riverside Plaza, but his homes in University Grove in Falcon Heights were second-to-none. They combined colors, open spaces, and square angles to create a completely new genre of homes. 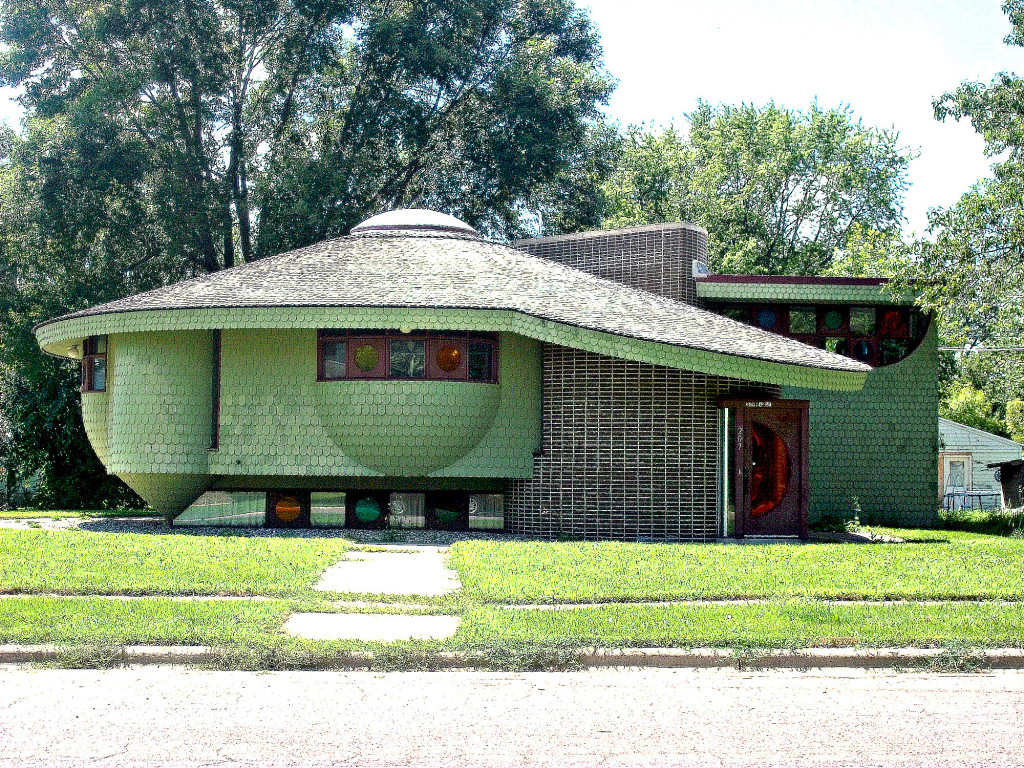 2. Jacob Harder House, Mountain Lake – Designed by architect Bruce Goff, who took inspiration from Frank Loyd Wright and Louis Sullivan, the Jacob Harder House in Mountain Lake is a cross between Mid-Century Modern and some sort of scaly, green UFO. Goff designed an equally bizarre home for Jacob’s brother Glen just outside of town, which sadly burned down decades ago. 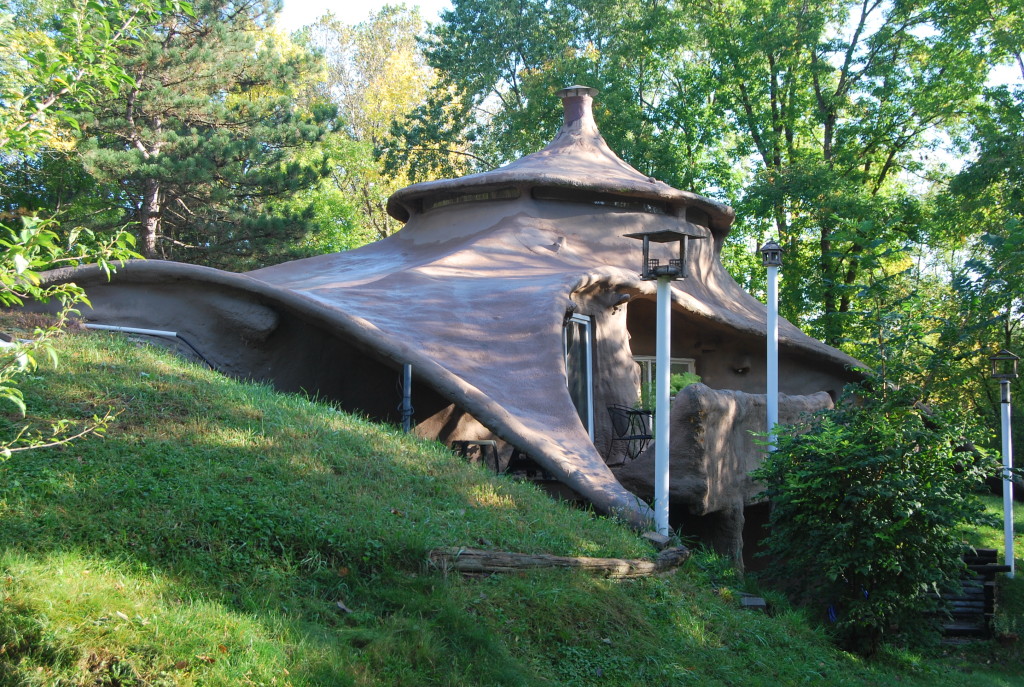 1.  Ensculptic House, Minnetrista – Easily the most unique home in Minnesota, Ensculptic has been on the pages of HighwayHighlights before.  Created in the 1970’s by architect Winslow Wedin and his students using polyurethane spray over a metal skeleton, the mushroom-shaped oddity stands alone in its own category of bizarre homes in Minnesota.  It’s on a quiet, dirt road out in the country just west of Minneapolis.

Do you know of any other weird homes in Minnesota? Let us know in the comments!

3 thoughts on “Top 10 Most Unusual Houses in Minnesota”