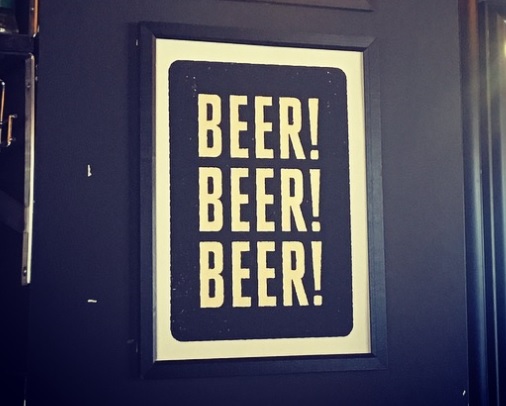 At the time of this writing, there are roughly 145 breweries in the state of Minnesota. So of course there is naturally going to be drastically differing opinions on what could be defined as the “best.” I’ve been to a good amount of them and I tend to agree that, like restaurants, probably the absolute best of the best are found in the Twin Cities.  But greater Minnesota has shown that they’re no pushovers either, with some incredibly innovative and creative breweries churning out some spectacular suds. And let’s not forget that a great location does not necessarily make a great brewery; the beer has to stand on its own too.  It’s a balancing act.  Here are 10 of our favorite breweries in the northern half of the state. 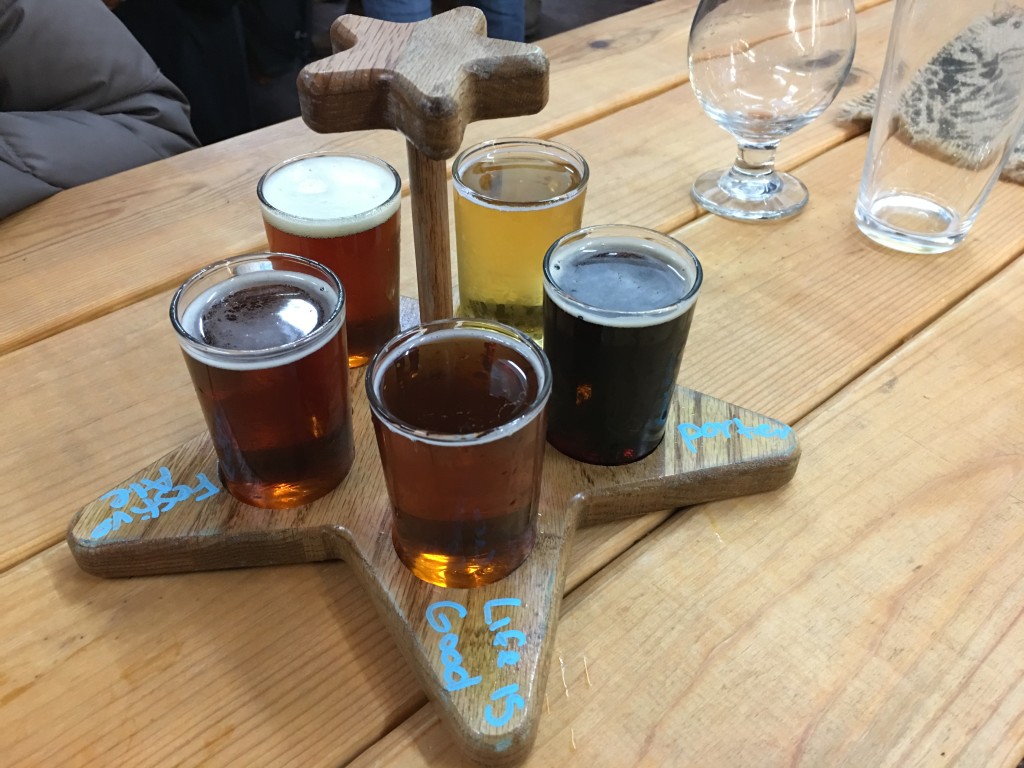 10. Starry Eyed Brewing, Little Falls – With a sizeable tap room that opened in 2017, this brewery in Little Falls is actually found in the northern part of town in an industrial park area.  They have a surprisingly large and inventive tap list, with favorites being XX Cream Ale, Stray Double IPA, and a constantly-rotating small batch list (a Caramel Apple Ale was on tap during our most recent visit). The family-friendly brewery regularly features live music on the weekends, with plenty of gathering space and an outdoor fire pit area. 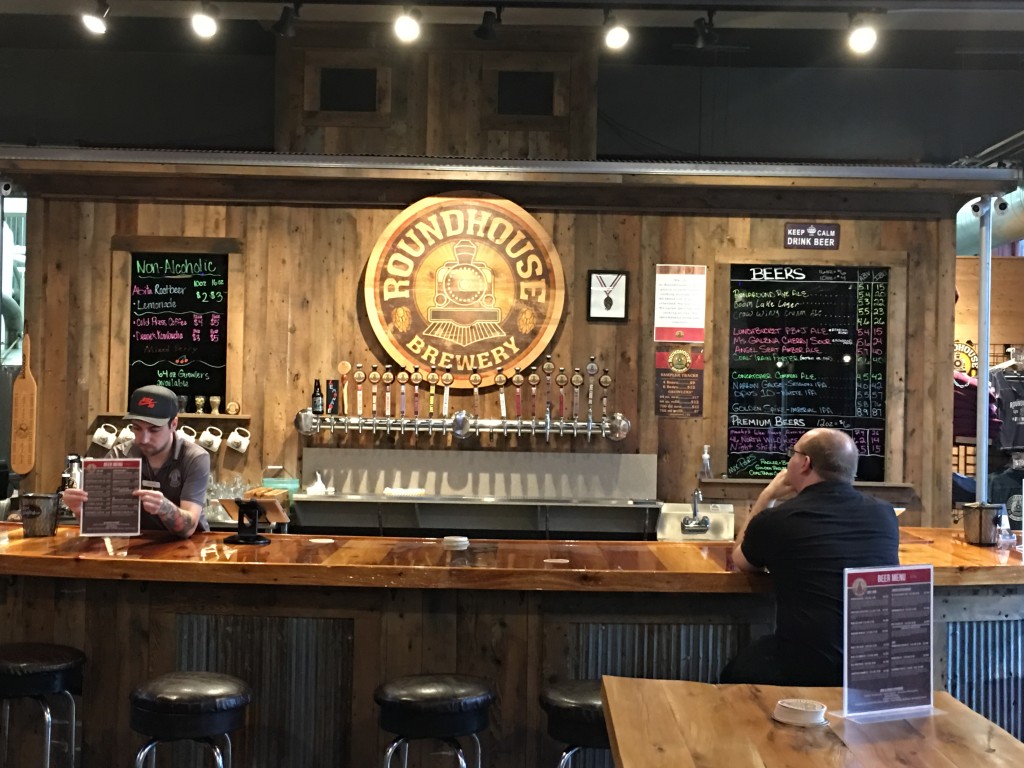 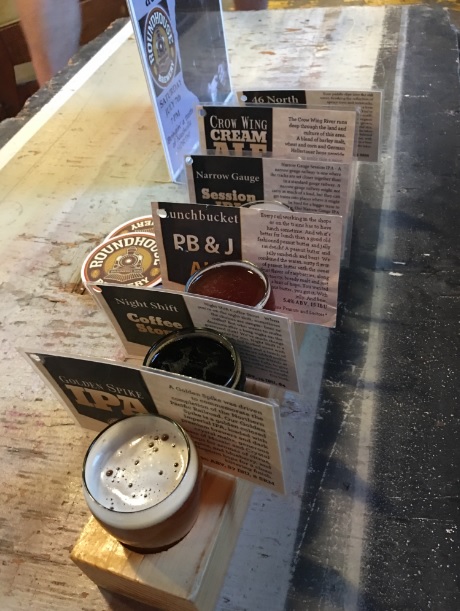 9. Roundhouse Brewing, Brainerd –  One of the most beautifully restored and interesting brewery locations in northern Minnesota, Roundhouse in Brainerd is housed inside an old Northern Pacific train yard compound.  The “Roundhouse” was a structure where traincars were fixed and stored, and the brewery pays homage to the rich history of the industry with its vintage, train-themed decor. They do a great “Night Shift” Coffee Stout and a “Coal Train Porter,” for the dark beer fans. 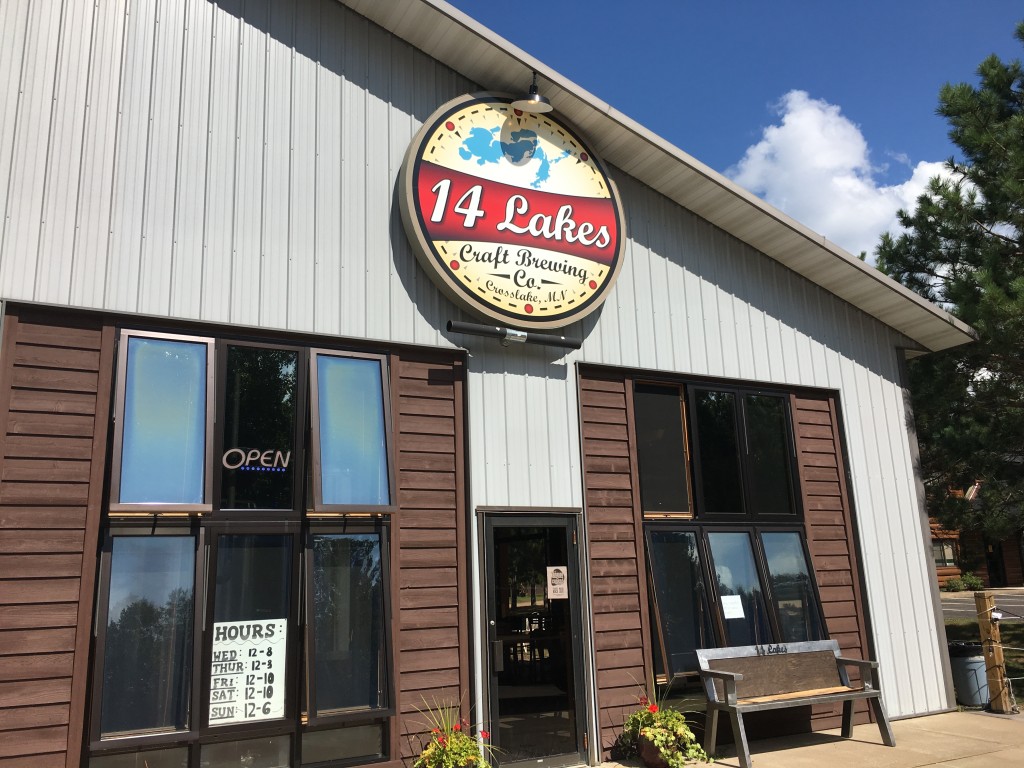 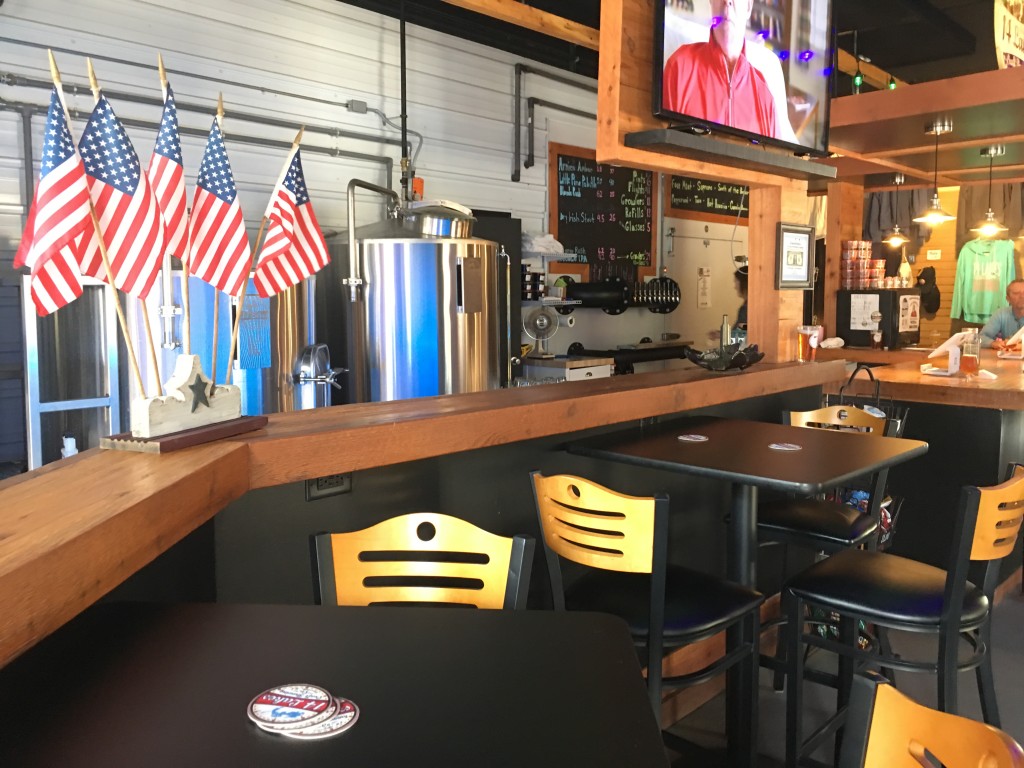 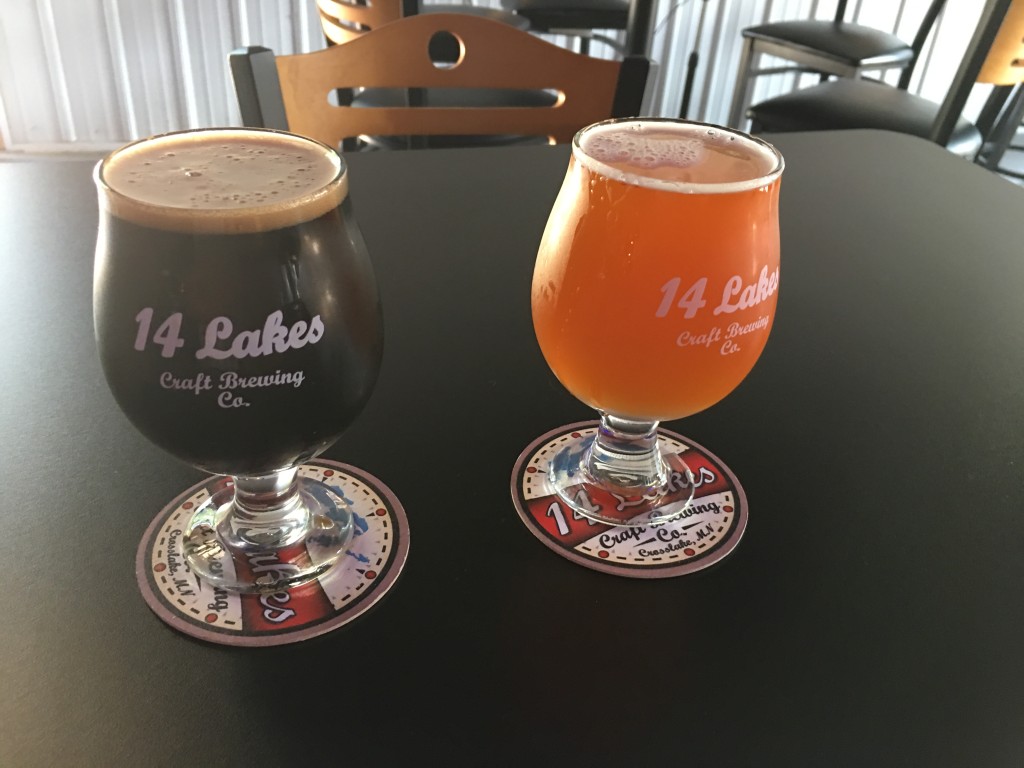 8. 14 Lakes Craft Brewing, Crosslake – Found on the north side of the touristy lakes-country town of Crosslake (north of Brainerd), 14 Lakes Brewing opened in 2017. The vibe is relaxed and fun, with an indoor tap room and outdoor seating area with the requisite fire pits and lawn games.  The beer list, while not overly crowded, features the standards you would expect, with the notables being their Irish Red and “Blonde Rush” blonde ale. 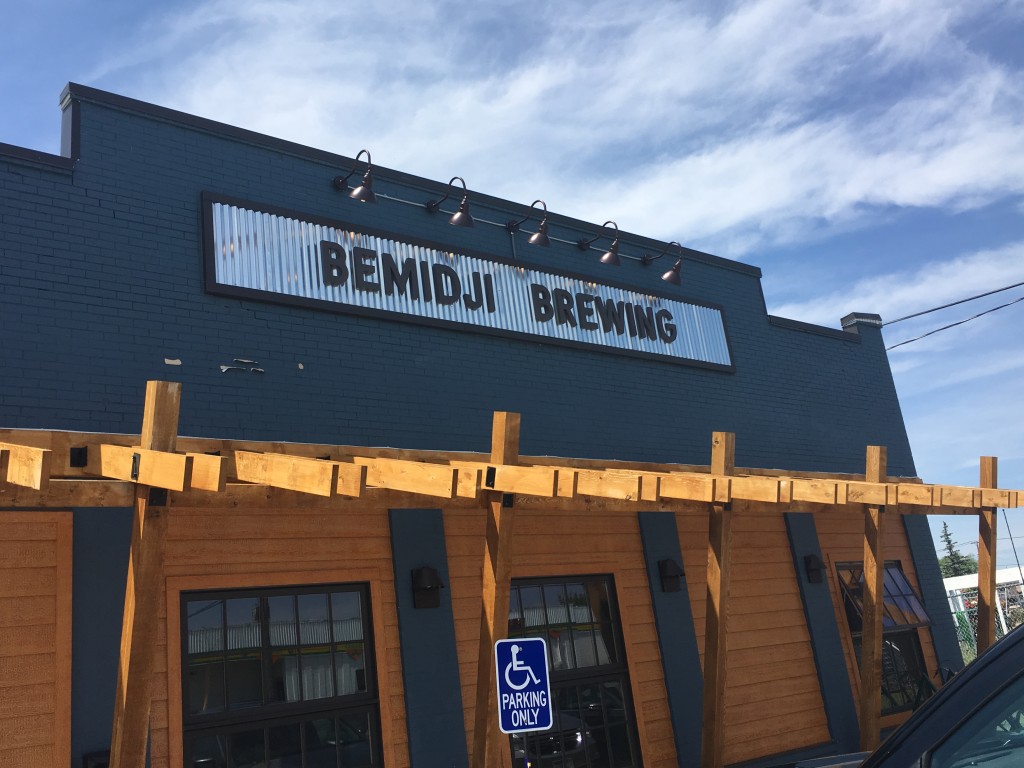 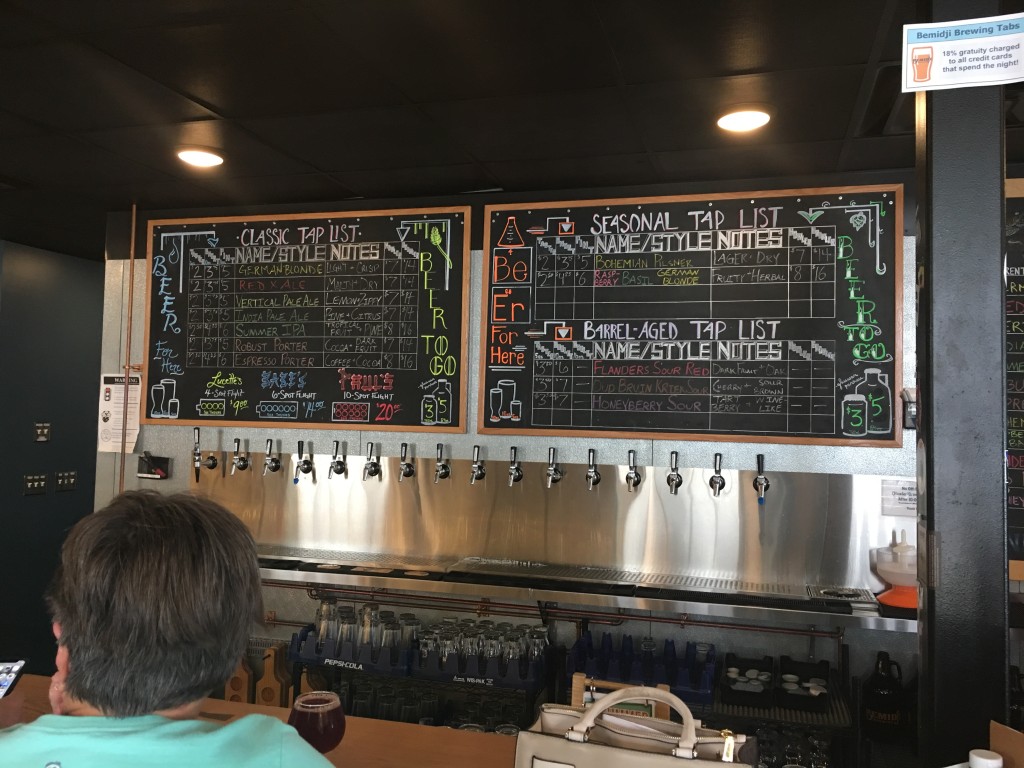 7. Bemidji Brewing, Bemidji – Bemidji Brewing, a production brewery with a tap room and kitchen, is a welcome addition to Bemidji’s recently-revitalized downtown area. It started around 2013 with their current tap room opening in 2016. They have their beers down pat, notably the sours, IPA’s, stouts, and their flagship beer, the German Blonde.  The brewery is kid and pet-friendly, and the food ain’t half-bad either. 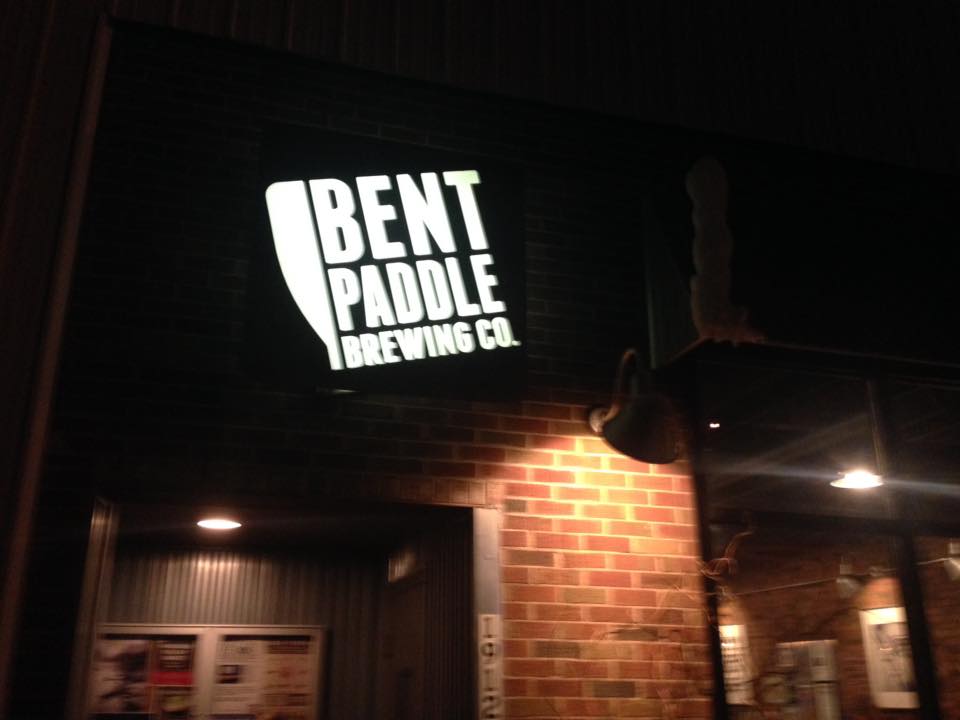 6. Bent Paddle, Duluth – One of the most well-known and established breweries in the game, Bent Paddle in Duluth very recently moved into a new location in Duluth’s Lincoln Park neighborhood on W. Michigan Ave. Despite the blue-collar part of town, Bent Paddle is fun and approachable, and their brews are some of the best in Minnesota. The gotta-try flavors include their award-winning Cold-Press Coffee Ale, Bent Hop Golden IPA, and Paddle Break Blonde Ale. Truly, you won’t find a stinker in the lot. 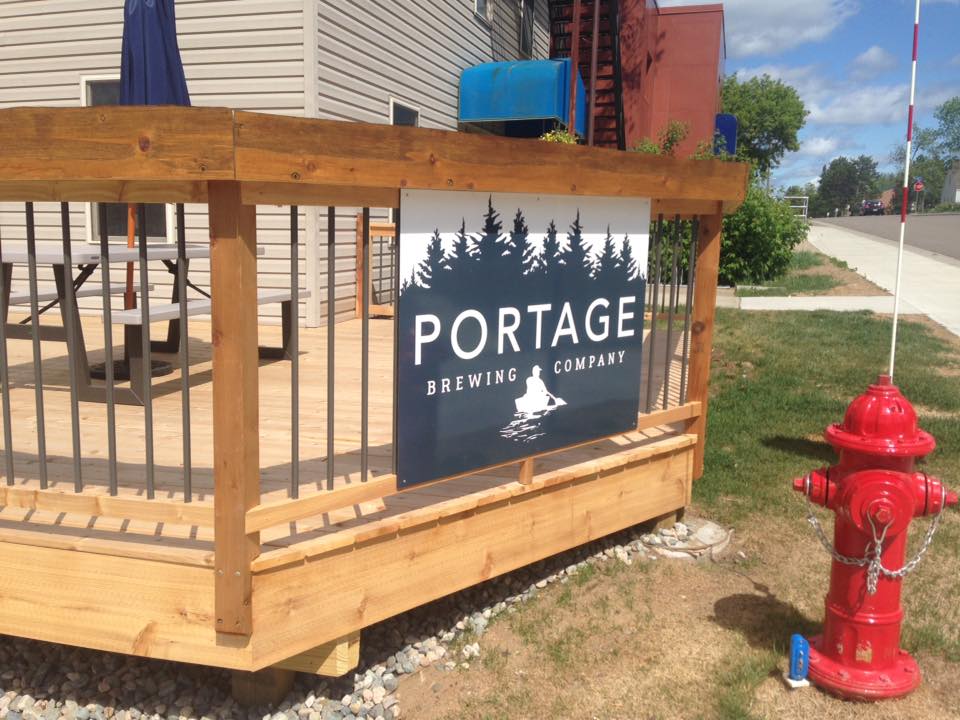 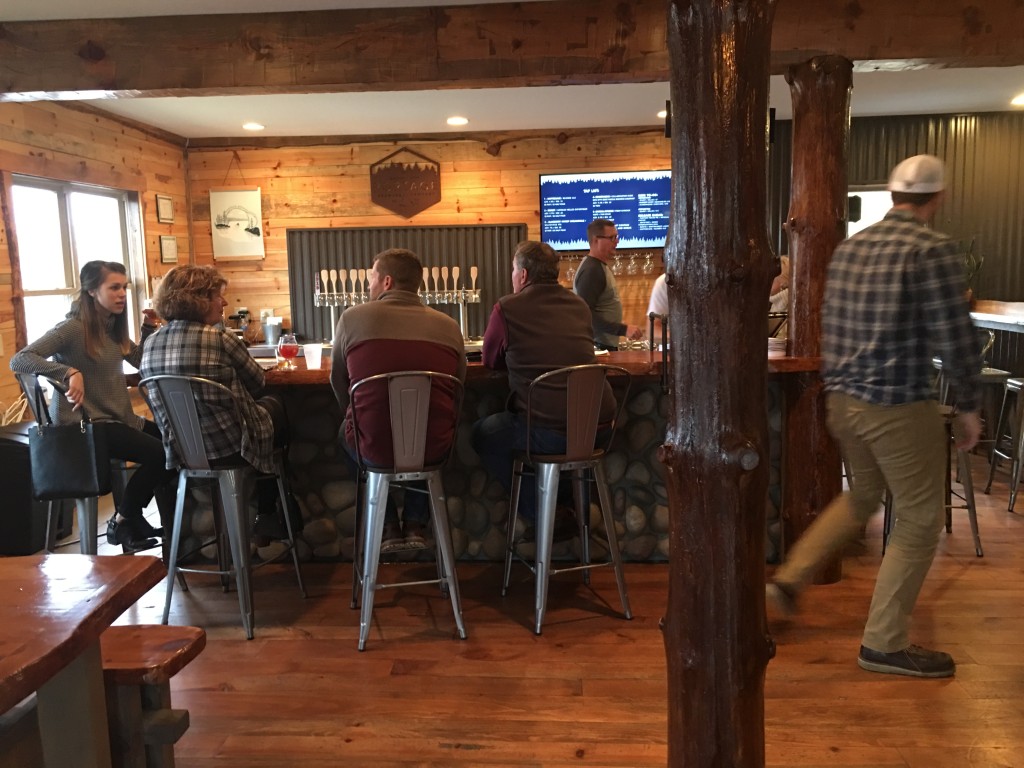 5. Portage Brewing, Walker –  With a much better location than the now-defunct Leech Lake Brewing Company, Portage is found on a side street just off the busy, touristy, main thoroughfare through Walker. They are doing some pretty cool stuff at Portage, including beer yoga, collaborations with big hitters like Minneapolis-based Modist and Duluth’s Bent Paddle, and even local homebrewing competitions.  Put this one on your radar next time you pass through.

**Editor’s Note: Roughly a month after this writing, Portage Brewery was tragically lost in a fire.  Good news though, they are rebuilding a bigger and better facility right on the site. 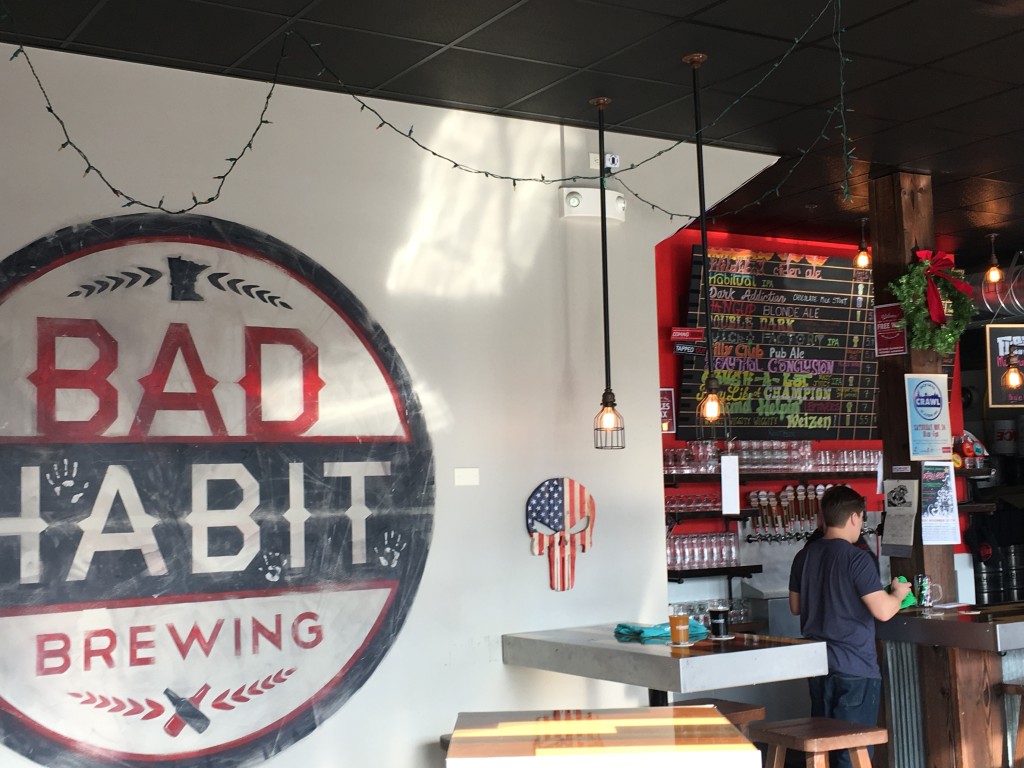 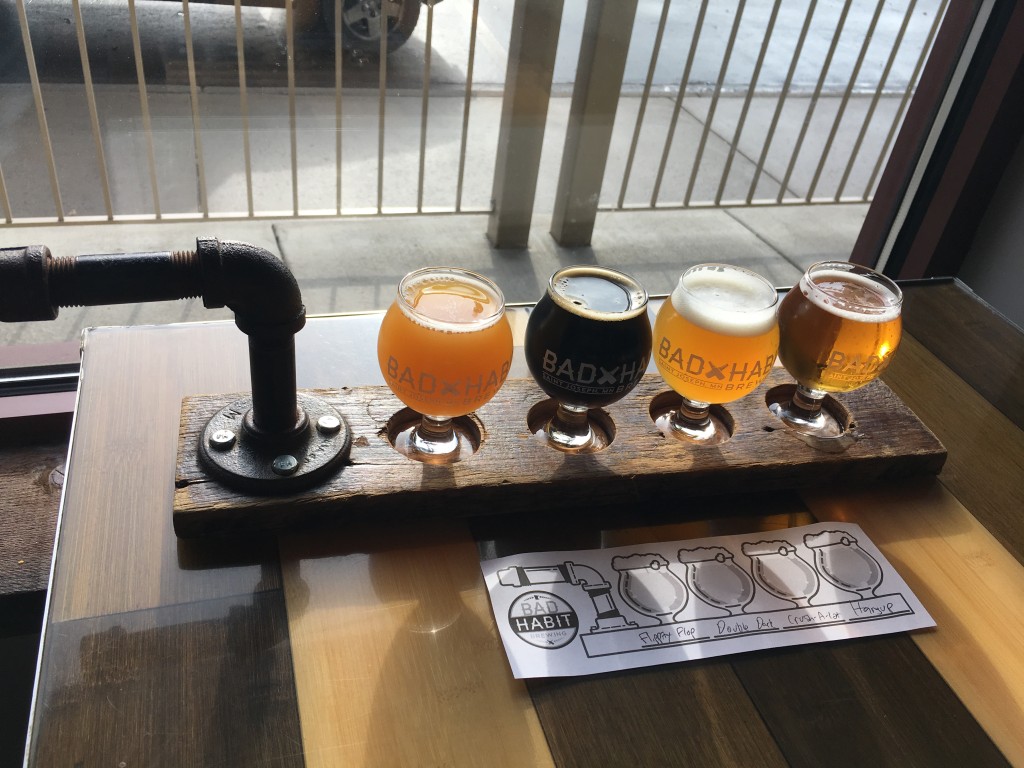 4. Bad Habit Brewing, St. Joseph –  Opening back in 2015, Bad Habit is a self-proclaimed “diamond in the rough,” located just steps away from the historic College of St. Benedict in St. Joseph outside of St. Cloud. Their beers are top notch, like their Double Dark Imperial Milk Stout and Crush-A-Lot Hazy IPA.  Beer-nerds and regular joes alike know a great brewery when they see one, and this is definitely it. 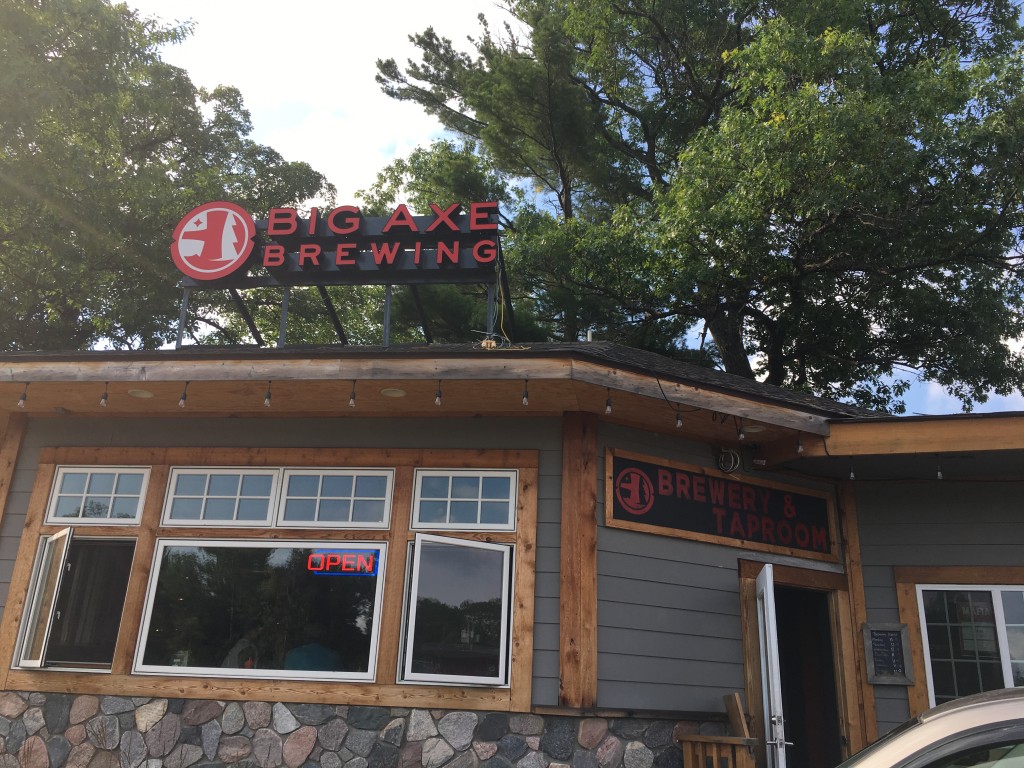 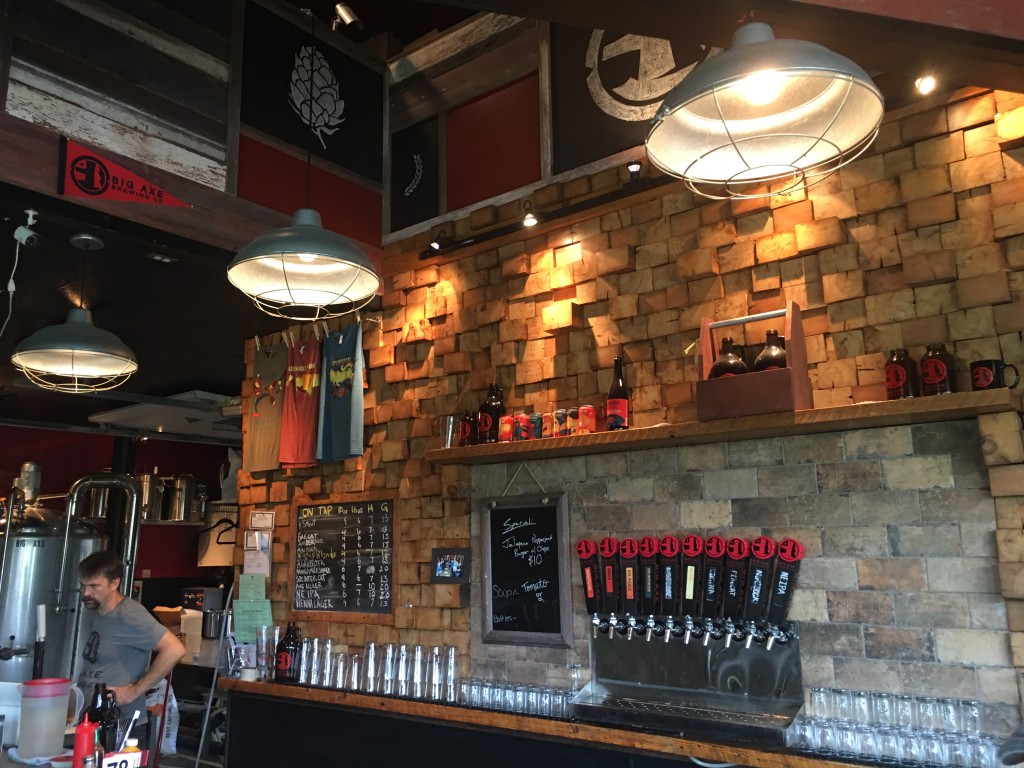 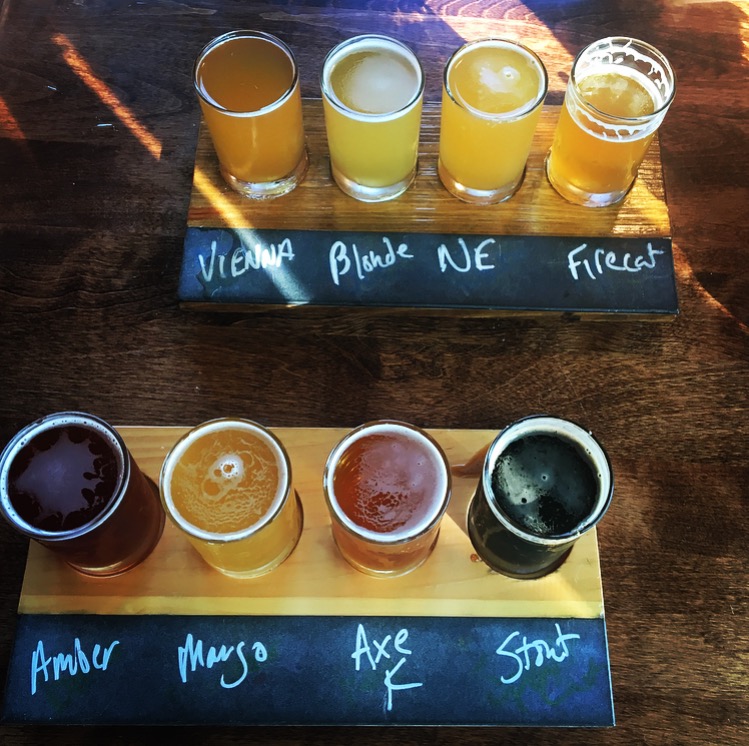 3. Big Axe Brewing, Nisswa – Sad to hear about Gull Dam Brewing closing at the end of 2018, but the real hidden gem of the area is located in downtown Nisswa, which was recently voted best small town in Minnesota.  It’s a small little joint, with the taproom, brewery, and restaurant all under one roof.  The atmosphere is fun and cozy, and the Axe Kicker Double IPA is not to be missed. 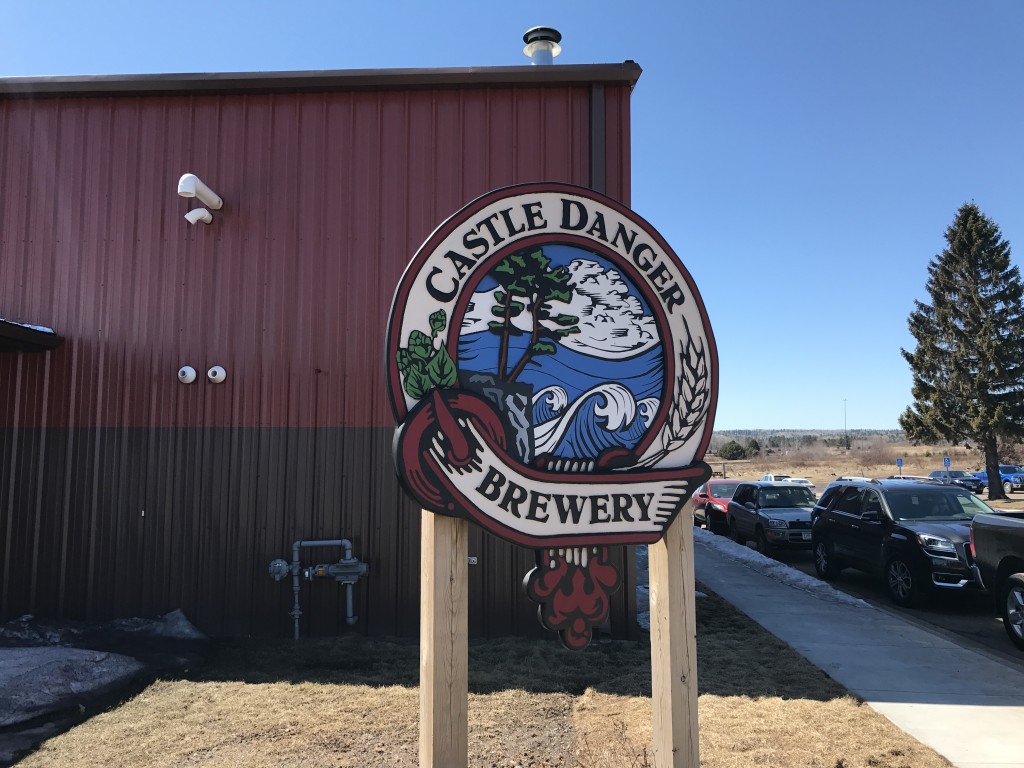 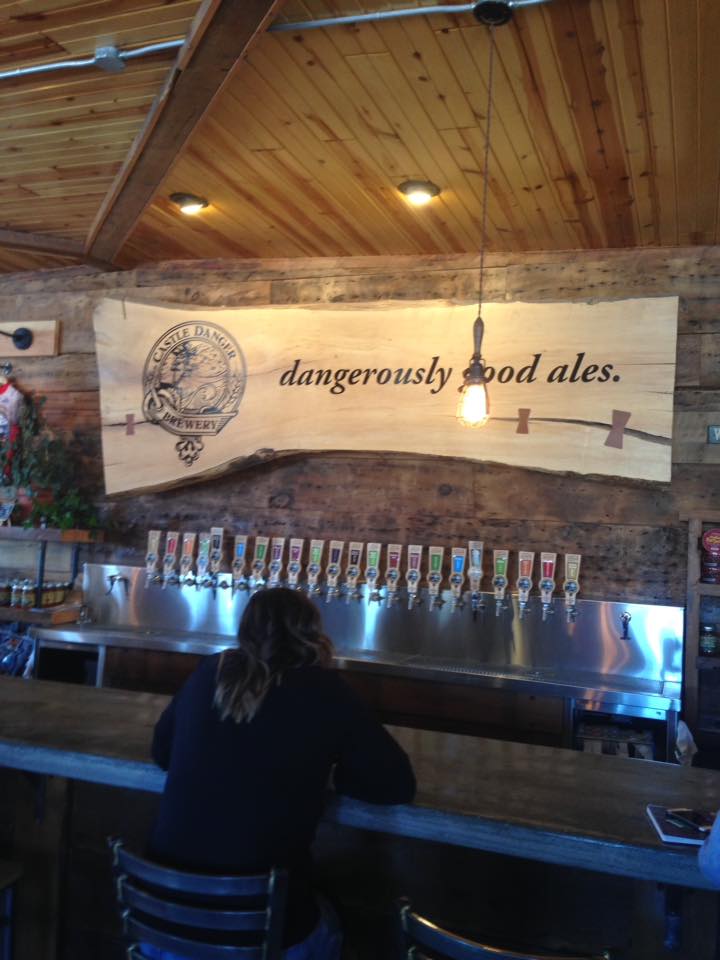 2. Castle Danger Brewing, Two Harbors- This major player in the northern Minnesota craft beer scene started in 2011 in the tiny hamlet of Castle Danger on Lake Superior’s North Shore and moved to their current location in Two Harbors in 2014. Castle Danger’s Cream Ale was crowned the Ultimate Beer Bracket Champion by the Star Tribune in 2018, beating out juggernauts like Summit, Surly, and Dangerous Man.  The brewery’s atmosphere is a total winner, their beer is fantastic, and you’re within view of Lake Superior. What more could you want? 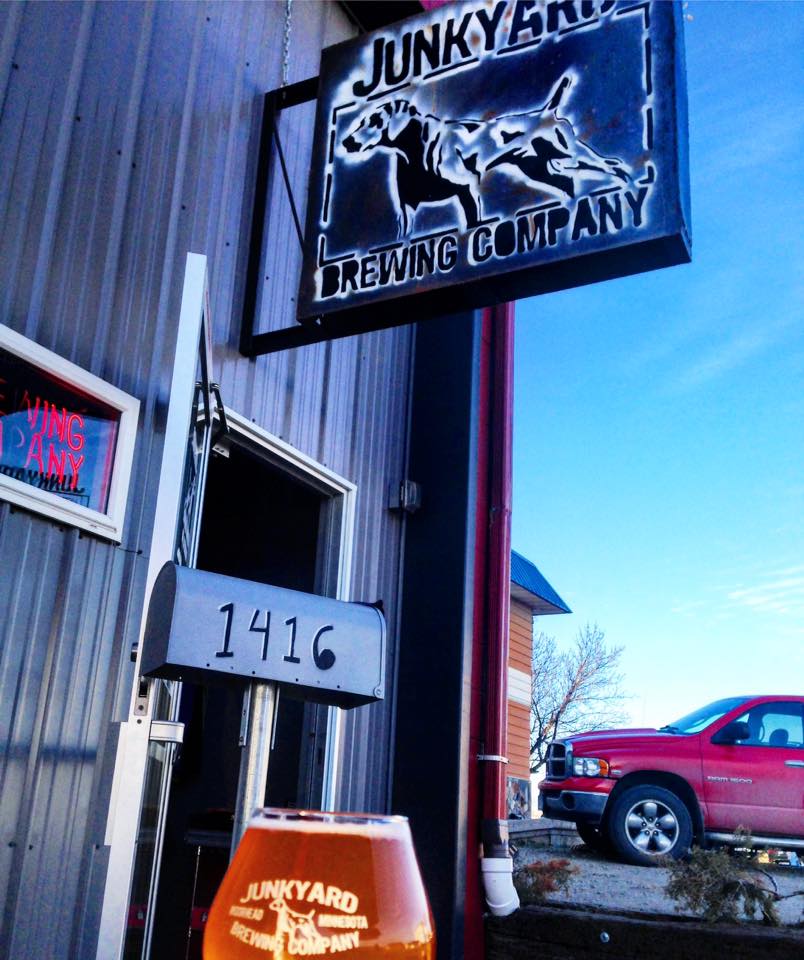 1.  Junkyard Brewing, Moorhead – Since their start in 2011,  Junkyard Brewing in Moorhead faced stiff competition with the Fargo-Moorhead breweries like Fargo Brewing and Drekker, but this little-brewery-that-could has singlehandedly changed the landscape of the Minnesota craft-beer scene.  Their Shake-O-Matic series perfected the immensely popular Milkshake IPA, a big, hoppy, citrusy beer with an amazing punch of sweetness from the addition of lactose (milk sugar).  Their small-batch, experimental, and special-release crowler cans are in high demand, often selling out within a day or two. In terms of best breweries in Minnesota, Junkyard is absolutely in the conversation. We could go on about it, but do we really need to?

Do you like craft beer? What breweries would you include? Let us know below!

You may also like:  Ranking the 11 Zorbaz Locations,  Maple Beach Resort Review, and 5 Amazing and Quirky Shops in Minnesota.