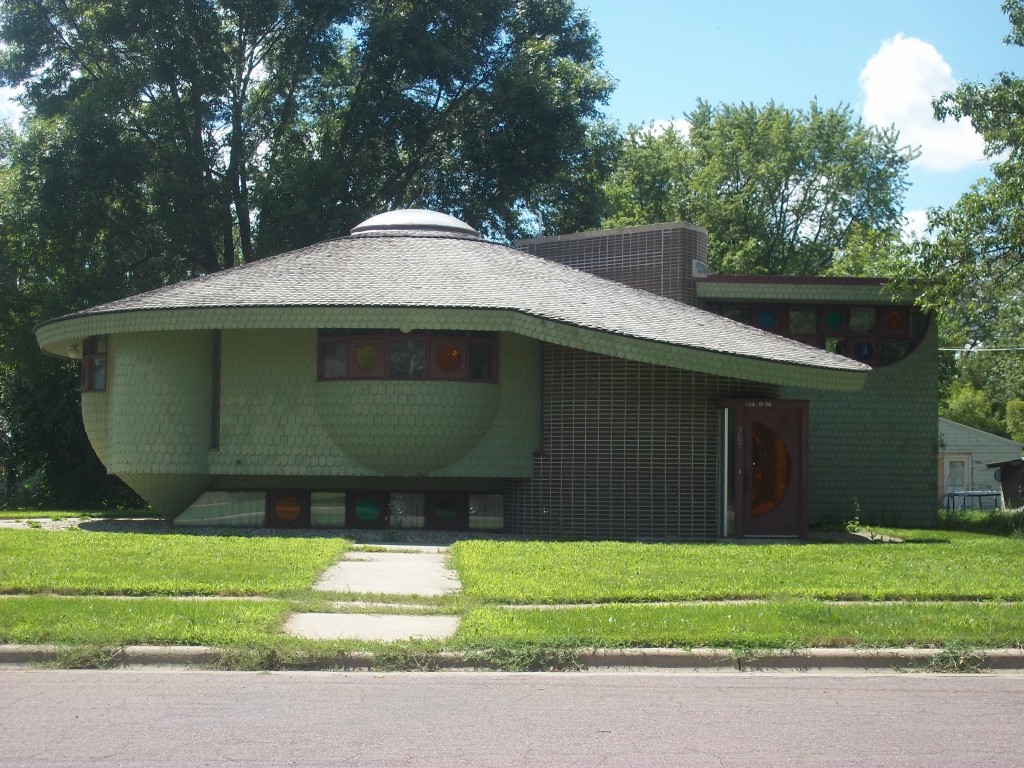 Mountain Lake, MN has already been mentioned once on this site for its misleading name, but a peculiarity on an unassuming residential street brings the town back to the forefront on HighwayHighlights.  This spaceship-looking private residence, on a street just off the main drag through town, was designed by famed architect Bruce Goff in 1971.  Known then as the ‘Jacob Harder House,’ it was one of two quirky and unique homes in the area designed by this architect.  The other, the ‘Glen Harder House,’ was constructed outside of town on a farm, and was equally as bizarre (if not more) – unfortunately it was destroyed by a fire dozens of years ago.

The architect who constructed these homes is known for his eclectic, unconventional styles, the majority of which are in the Midwest, notably Oklahoma, Chicago, and Texas.  Minnesota is lucky to have gotten two of them. There are a couple photo sets on Flickr that show more details on these homes including shots inside which are equally as entrancing.This “organic” architectural style is influenced by the works of legend Frank Lloyd Wright, who designed 11 homes in MN plus a gas station in Cloquet, MN.

While in the area: The Jeffers Petroglyphs site is not far, if you’re looking for some geological type of activity, or swing over to Lake Shetek State Park for some rest and respite.  And if you really want to get crazy,  go try to find the mountain, or the lake, from which this town gets its namesake.  Good luck!