Once a thriving restaurant chain in Minnesota and neighboring states, the Happy Chef was born in 1962 in Mankato, MN.  At its peak, there were 56 of these eateries mostly in Minnesota and 6 other states,  and most of them featured the eponymous Happy Chef perched right outside.  Many of these iconic statues even had a voicebox that would spout off greetings at the push of a button located on the base of the structure. 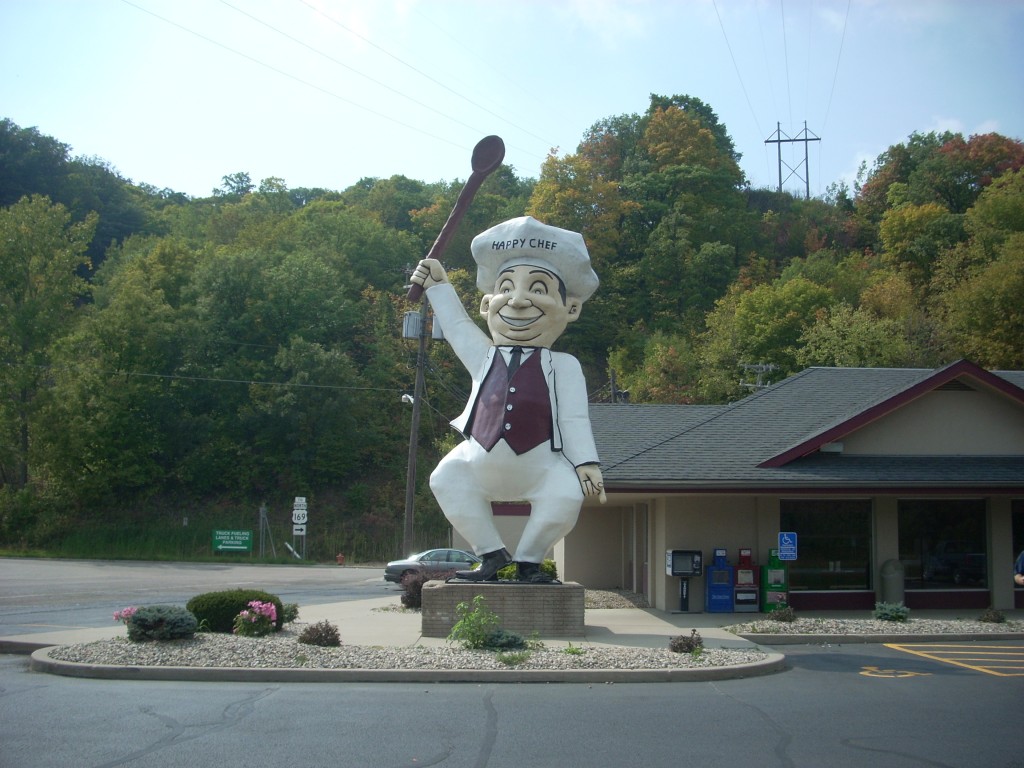 So what happened to the once-popular franchise, and more importantly, its beloved statues that greeted hungry families out front? Let’s find out!

There are only a handful of Happy Chef restaurants left nowadays, and last count, the original Mankato location (pictured above) is the only remaining one that still features the statue.  I distinctly remember my hometown of Fargo-Moorhead, MN had one, as well as going to one up in Grand Forks too.  The statues out front were 36′ tall and were a popular photo op. Over the years, most Happy Chef’s closed up shop.  Unfortunately with that, most of the statues headed to the landfill. However, a lucky few were salvaged. 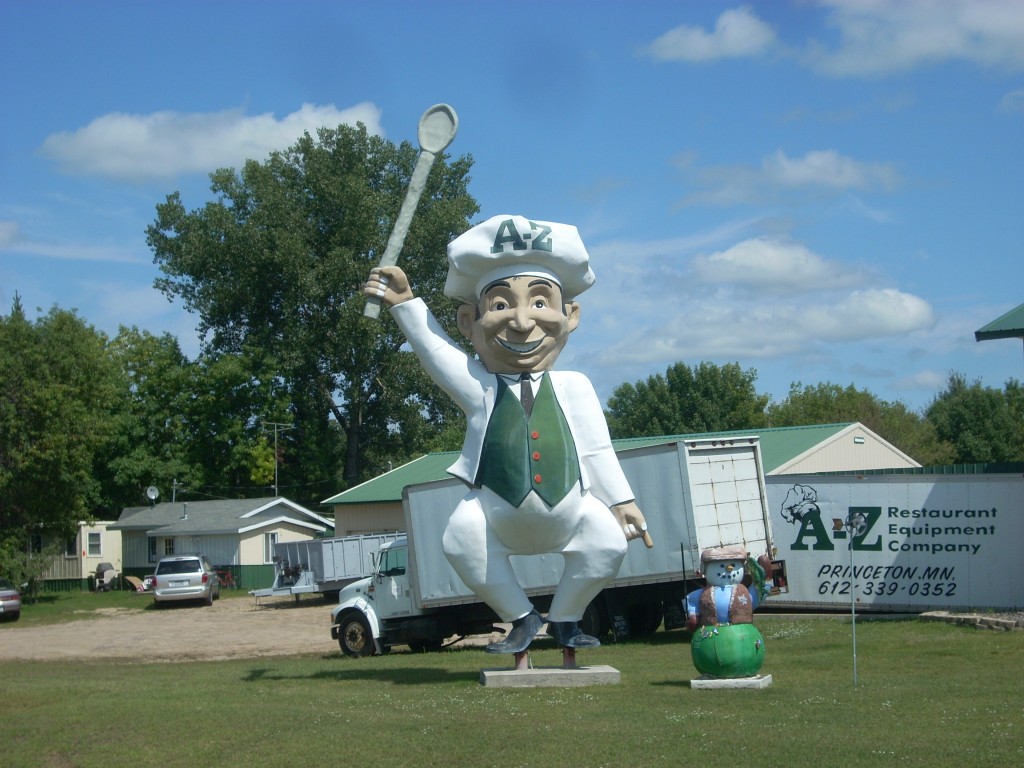 Just outside of town in Princeton, MN there is a company called A-Z Restaurant Equipment.  They were able to get their hands on a Happy Chef statue and plant him outside their facility with their logo painted on his hat.  He sits next to a weird little snowman holding a fish. This one is visible right off Highway 169 just north of town. There is a frontage road that allows you to go right up to it. 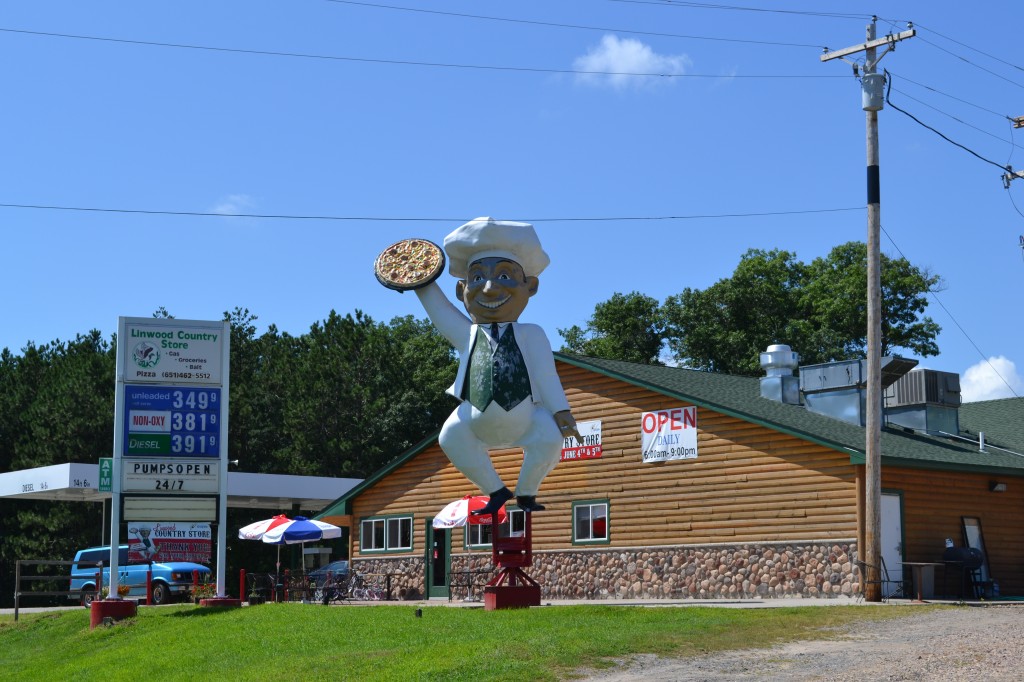 Next we have another ‘re-purposed’ Happy Chef statue holding a pizza pie outside of a gas station and country store in tiny Linwood, MN.  This one seems to need a bit of repair but still gets the job done.  There are also reports of other repurposed Happy Chef statues in Ryan, IA as well as McPherson, KS.  I’ve read about a few others that were put up in city parks and other assorted venues, but nothing definitive.

The story goes that the Happy Chef restaurants ,which served your classic American diner fare, saw its popularity wane in favor of more bar-and-grill type of setups in the 90’s and many closed their doors.  The founder, Sal Frederick, who served four terms in the state House of Representatives from 1985 to 1992, recently died in September 2012.  He was inducted into the state Hospitality Hall of Fame in 2009.  He also was president of the National Restaurant Association for nine years.  Definitely a big hitter in the restaurant industry.

Other restaurants like Big Boy, McDonald’s and A & W, often feature character statues outside of their stores too, but our own Happy Chef mascot will always be a classic piece of Minnesota nostalgia. Another roadside attraction right at home in the land of the giants.

3 thoughts on “Happy Chefs of Minnesota”