In the fall of 2017 over Thanksgiving, I took a 3-day solo trip across southwest and southern Minnesota to find and photo more hidden gems.  I started in Ortonville, went down through Pipestone, over to Albert Lea, up through Northfield and eventually back home to northern Minnesota.  This was a section of Minnesota I had only been through a handful of times in my life, and it was an unseasonably warm few days, which made for a great opportunity to do some photography, exploring, and discovering. 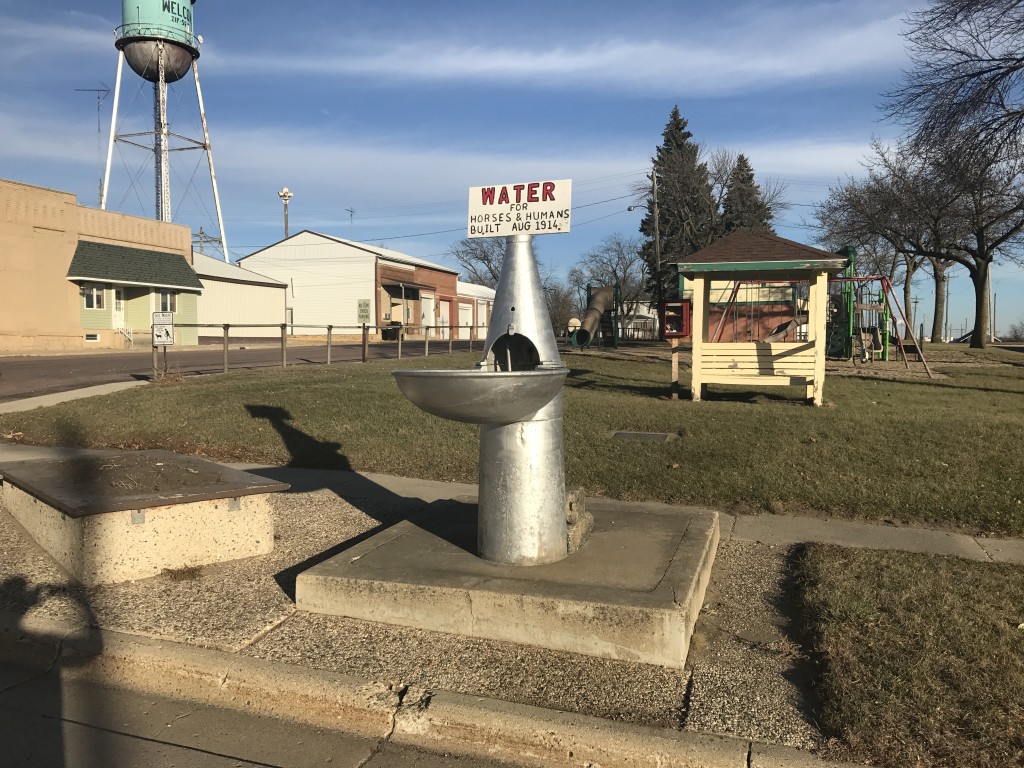 I shot old houses, vintage signs, courthouses, roadside attractions, and even some nature. One of the more curious things I saw was in the quaint little village of Welcome, a farm town on the plains between Jackson and Fairmont.  Right downtown, across from the cafe and attached to the city park, is a drinking fountain. For horses. And humans.

A sign on the top of it states its purpose; Water for Horses & Humans. It also says that it was built in August of 1914, which means it has been there over 100 years.  It was not uncommon whatsoever for towns to have water readily available for horses that just made the trek into town;  It was uncommon, however, for their to be a combination of a horse and a human fountain, and even more rare is that it survived this long.

Welcome might be simply passed right by on the interstate by most, it really is just one of those classic small towns with not many amenities.  But this little piece of history sets it apart from anywhere else in the state. Many people write off this corner Minnesota, arguing that there’s “nothing there,”  but a trek through the beautiful scenery of windmills, red quartzite, and hidden gems in countless small towns says completely otherwise.

While in the area: The southern towns along I-90 are full of history and architecture, like the courthouses in Jackson, Fairmont, and Blue Earth. Also check out the Jolly Green Giant statue in Blue Earth or the cafe owned by Dave Ellefson of 80’s metal band Megadeth in Jackson.