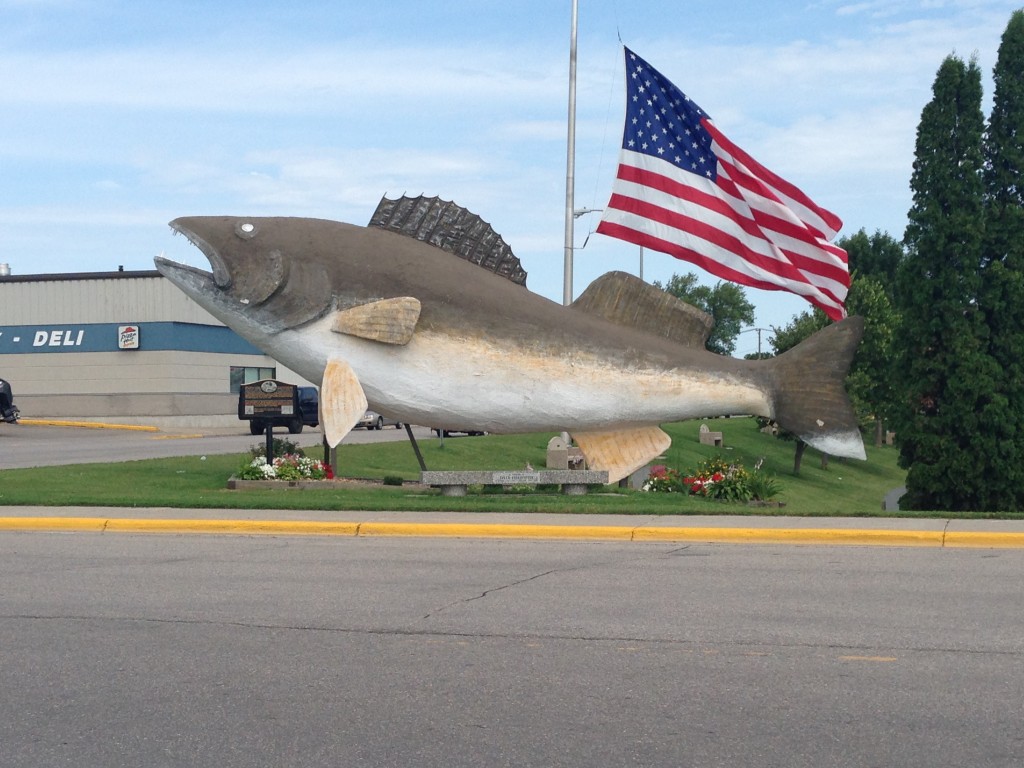 An icon of not only Baudette, but Lake of the Woods and Minnesota in general, a roadside attraction known as “Willie Walleye,” was demolished in early July of 2018.  He had been around since 1959, standing on a corner of town on the shores of the Baudette River, just a stone’s throw from the confluence of the Rainy River at the Canadian Border.  The original was built of iron rebar and concrete and was an obligatory photo op for thousands of tourists each summer.  Without much warning, down he came.

I had shot Willie a few times in the past, and even written about him before at HighwayHighlights. The picture I typically used of him was taken in the dead of winter as the sun was setting on a cold January day.  I also recently grabbed a throwaway shot of Willie from the side only 2 days before he was dismantled for good. He was 40 feet long and weighed over 2 1/2 tons, and was starting to really show some deterioration in recent years. 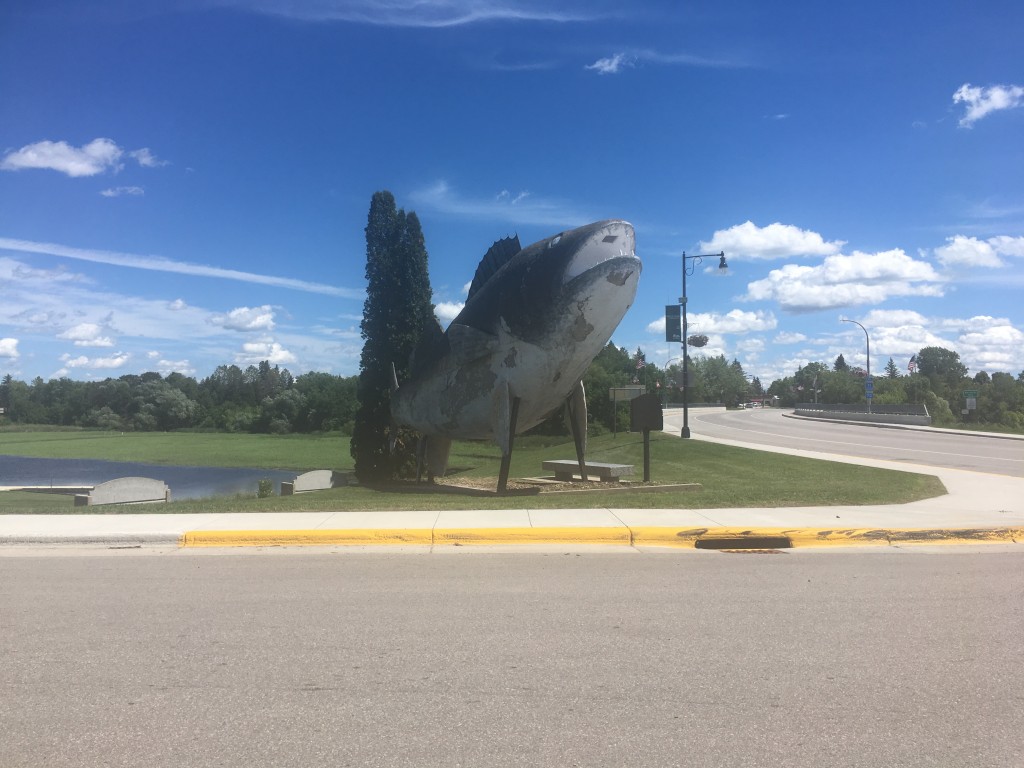 It was sad to see the old legend go, and even sadder that they busted him into a million pieces instead of maybe trying to salvage it and park him somewhere permanent.  But moving a 2.5 ton heavyweight who is slowly crumbling just unfortunately wasn’t worth the liability.  He would have made a great yard ornament.

Onto the good news!  Not long after Willie’s decommissioning, a brand-new fiberglass creation from where else but Sparta, Wisconsin, was brought in on a flatbed and installed on the site of the old one.  With his new, vibrant color and detail, the new Willie is an homage to the original in his look and style and will stand for generations to come.  He was officially dedicated on July 8, 2018. Long Live the King! 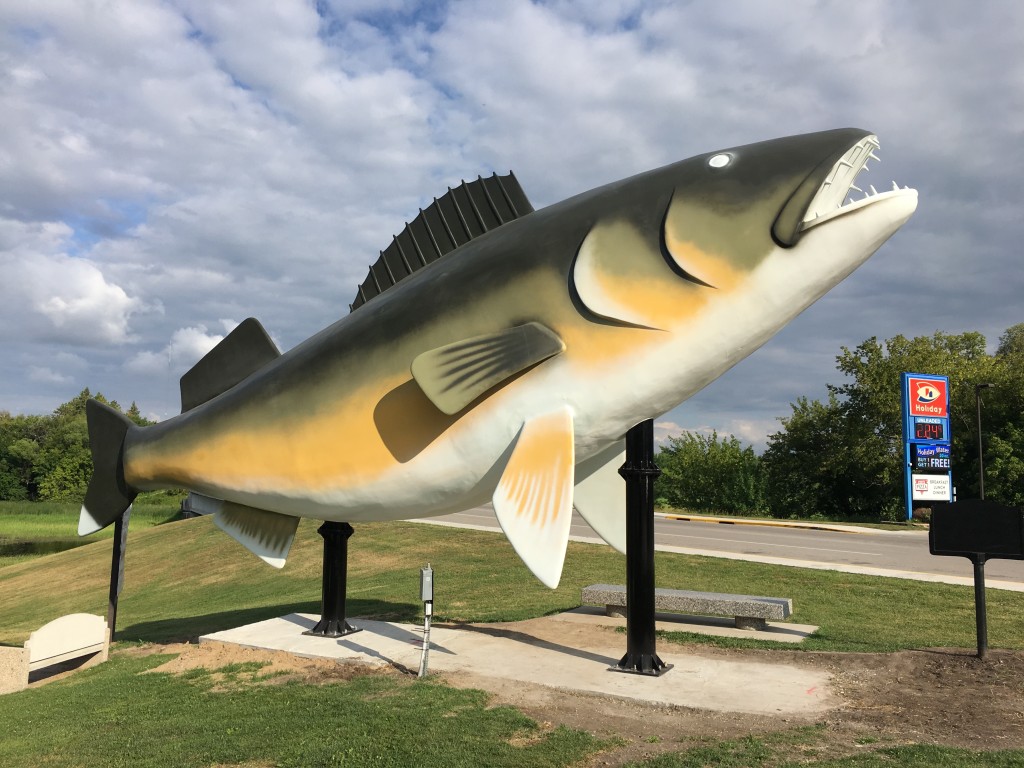 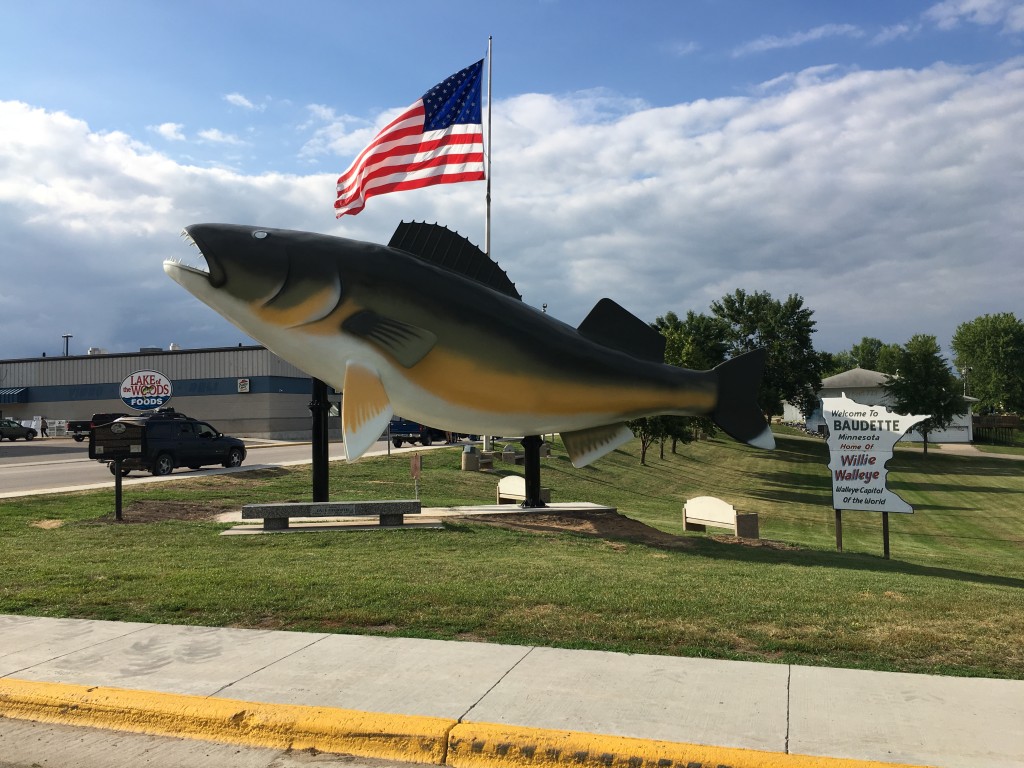 While in the area:  For a truly off-the-grid experience, head up to the Northwest Angle of Minnesota, a remote section of the state that you can only get to by going through Canada if you’re on wheels.  Zippel Bay State Park is just down the road, or head east along the border and try to find the quirky Basshenge sculpture.