Most travelers motoring along I-94 northwest of Minneapolis have likely noticed something new along the landscape in the past couple of years.  A rusty, metal stagecoach pulled by a team of horses appears to be under attack by two bandits on horseback. A dog and a strongbox sit atop the stagecoach as the driver avoids capture and the other Pinkerton fires back. The scene of the crime takes place on the property of Keith Yaeger, a local resident with a fondness for the Southwest.

The Old West doesn’t necessarily come to mind when most people think of Minnesota.  Minnesota’s history is more closely tied to fur traders, Native Americans, and European immigrants than anything else.  But this scene of cowboys, horses, and cacti feels right at home here among the lakes, trees, and farms.  It certainly makes for a nice addition to our roadside attractions landscape.

The property owner,  retired power plant worker Keith Yaeger, was down in Carefree, AZ (outside of Phoenix), several years back when he saw the sculptures for sale. After learning they were created in Mexico and brought to Phoenix, he decided right then and there to make a deal for the pieces, which at the time included just two horses and the stagecoach.  He flew back to Minnesota and drove down to Arizona with a pickup and trailer to bring the sculptures home. They were installed in 2018. 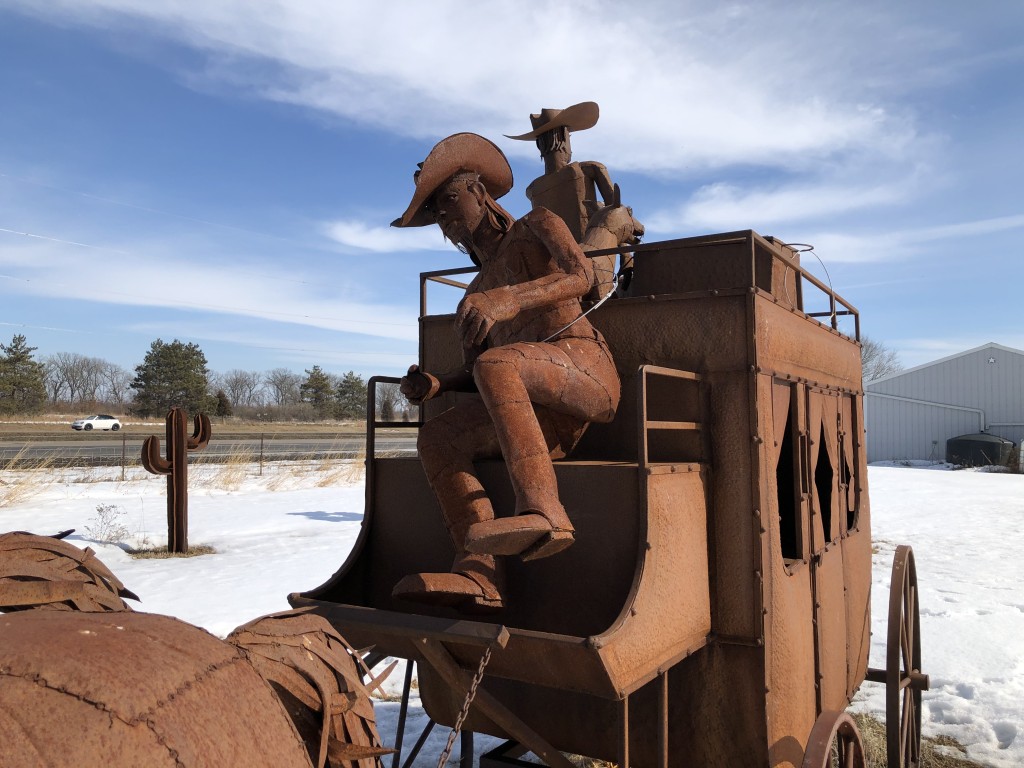 Several months later he purchased two more horses for the stagecoach and the horseback robbers to complete the scene, and added them to the property.  The metal has oxidized nicely, giving it its final, rusty look.  Visitors can stop by the property and have a closer look or enjoy it at 70mph from the Interstate. An up-close examination of the sculptures shows the amount of detail and precision that went into creating them.  They really are unique. Check them out sometime! 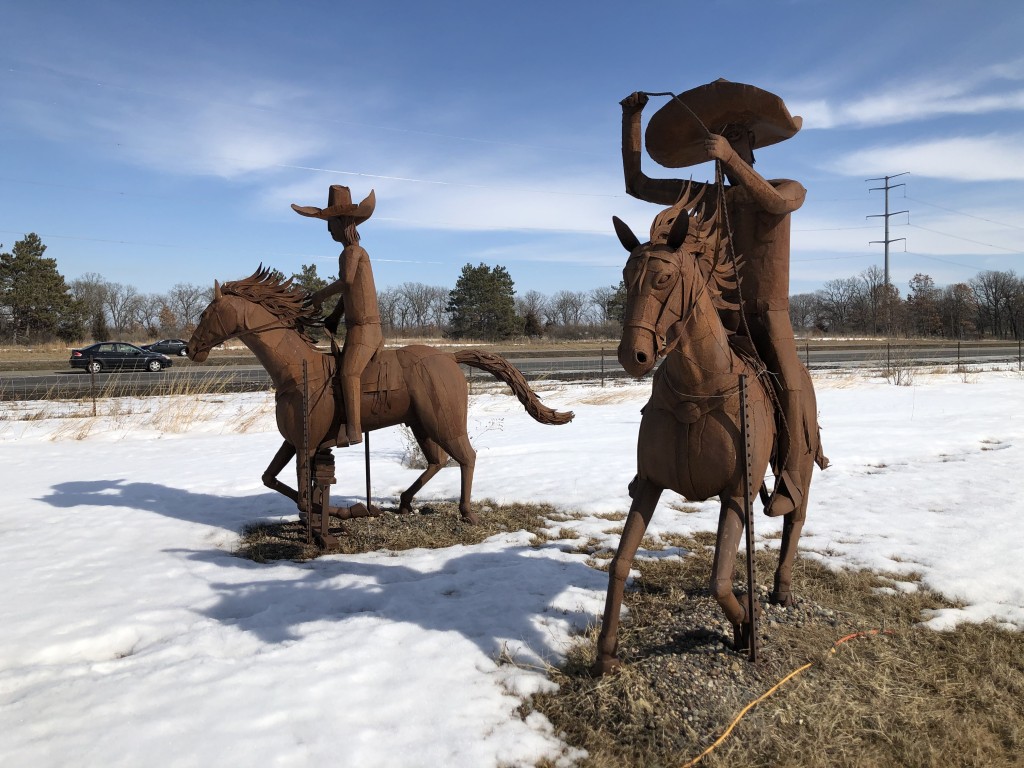 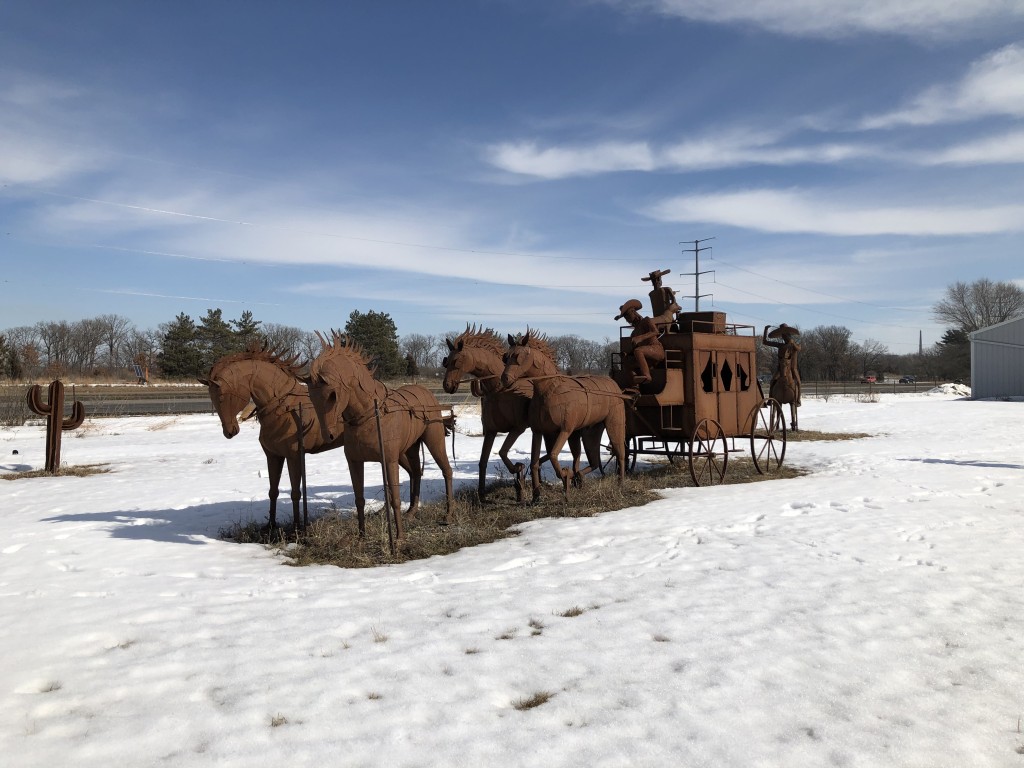 While in the area:  Monticello, Elk River, and Rogers all make for a nice little afternoon with some great breweries (Nordic, Rustech, and Aegir), antique shops, parks along the Mississippi River, and a great little pizza joint in Elk River called Pompeii. Or, if you need to do some shopping, the Albertville Outlet Mall isn’t far either.