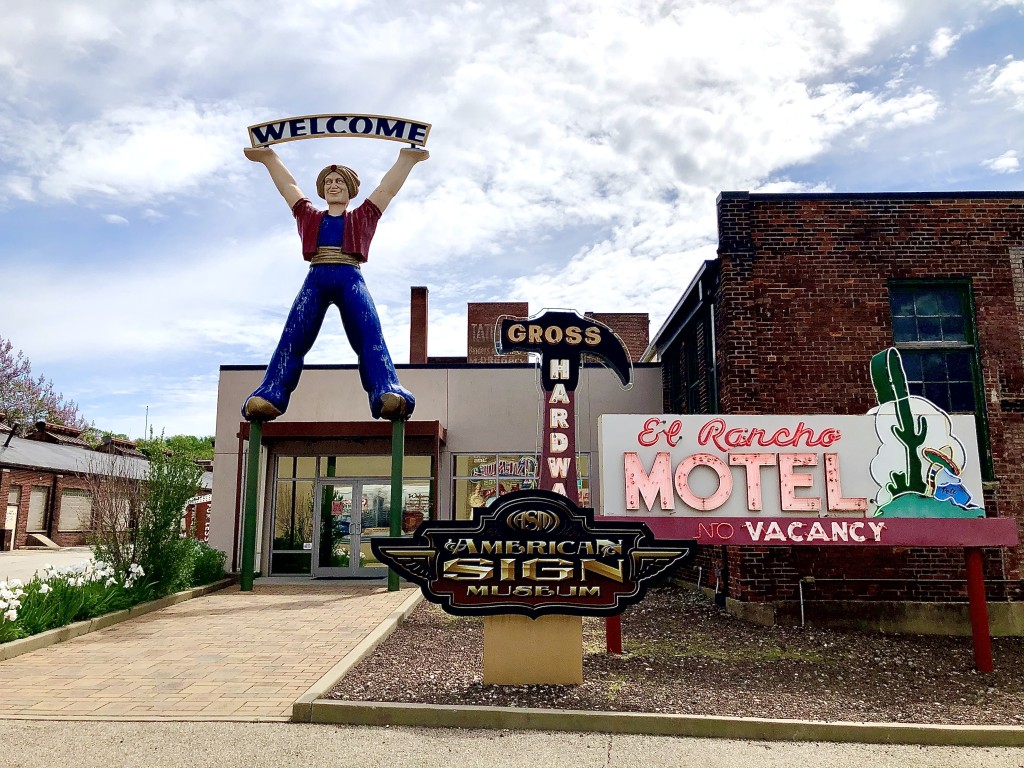 While in Vegas a couple of months back, I was able to take in the Neon Sign Boneyard, a mecca for old neon sign enthusiasts if there ever was one. The outdoor sign museum did not disappoint, showcasing hundreds of casino, hotel, and restaurant signs primarily from Vegas’ early years.  But lurking over in the Midwest in the city of Cincinnati, Ohio, another similar museum awaited.  So I decided I needed to check that one out as well. 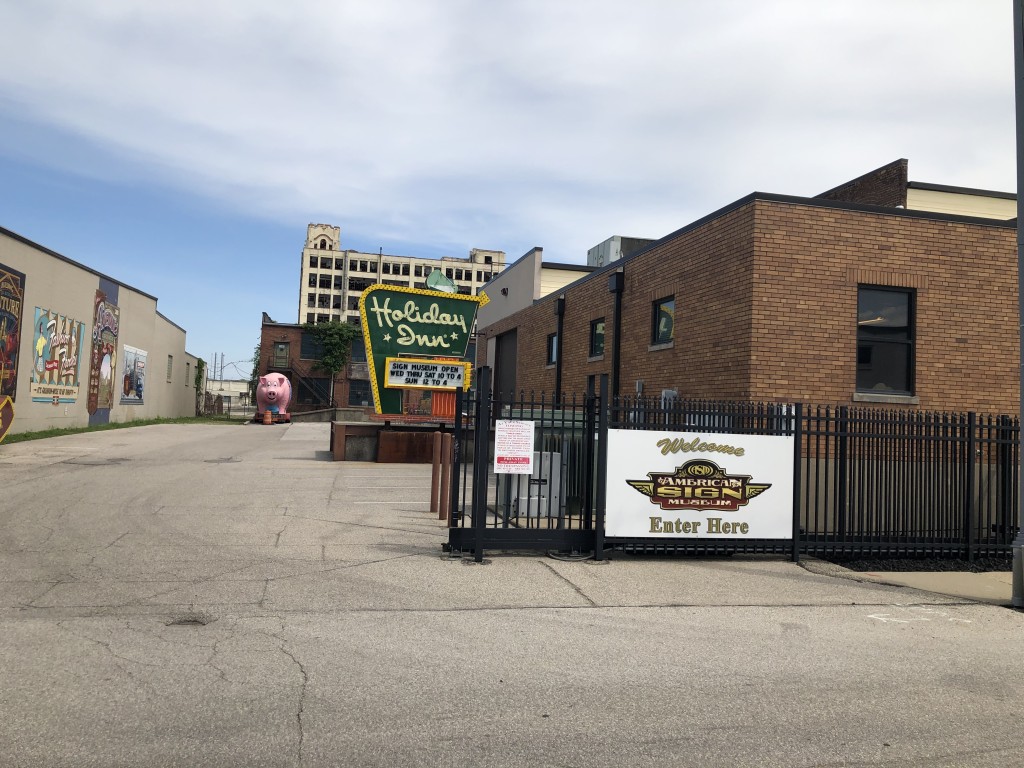 Located in an older part of town called Camp Washington, the American Sign Museum is found in a nondescript brick building with ironically not a ton of street signage for it. But once you pull into the parking lot, you are greeted by an old Holiday Inn sign with the marquee welcoming you in, and then the signs start appearing. A few quirky statues and painted brick advertisements on the surrounding walls indicate you’re in the right place.  Once entering the museum, you are transported back to the early 1900’s as the tour of pure nostalgia begins. 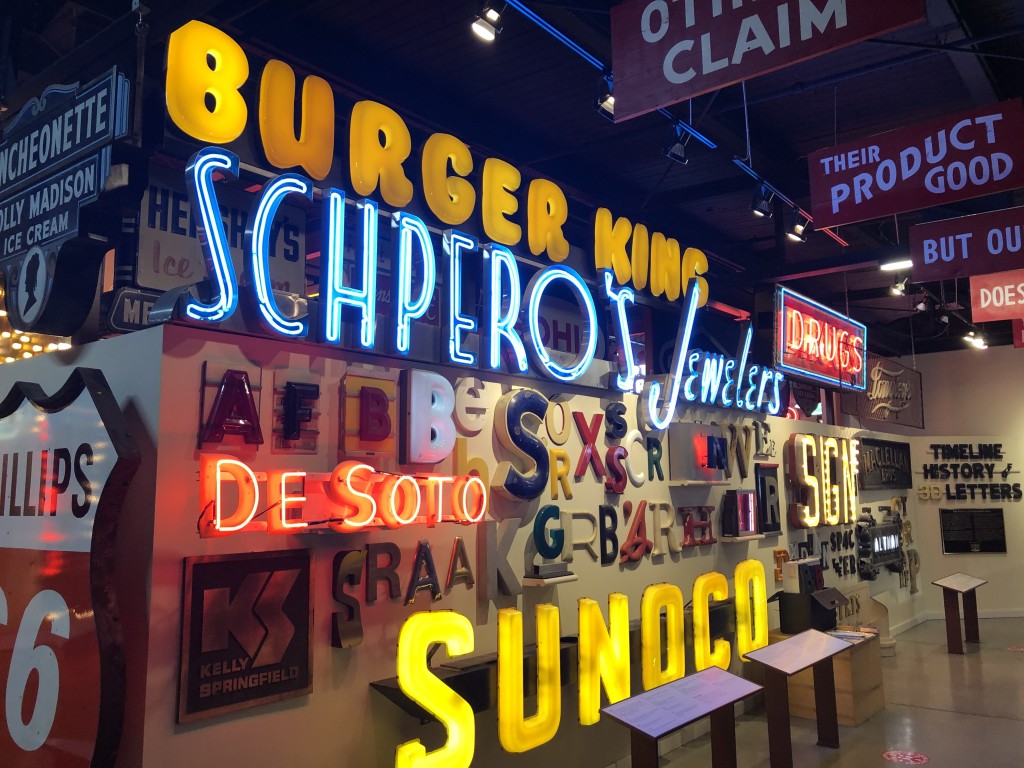 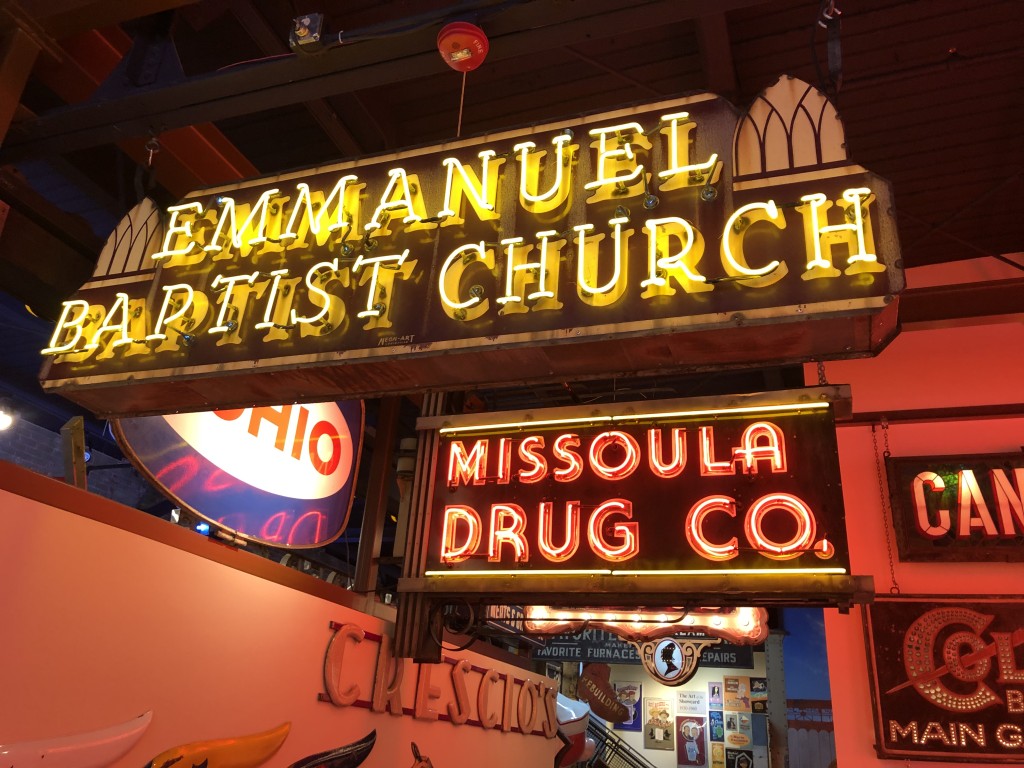 Although the museum is heavily focused on the vintage 1940’s and 50’s neon signage heyday, visitors will also see print advertisements, goldleaf glass signs, old clocks, rotospheres, plastic signage, hand-painted signs, wood-carved signs, signs shaped like boots, and countless other items. Some signs are displayed in their original shipping crates. Many of the signs have informational kiosks in front of them telling of their origins;  a 1963 retro Speedee McDonalds sign came from Huntsville, Alabama; a Foster’s Freeze sign came from Orange, California, and so on. 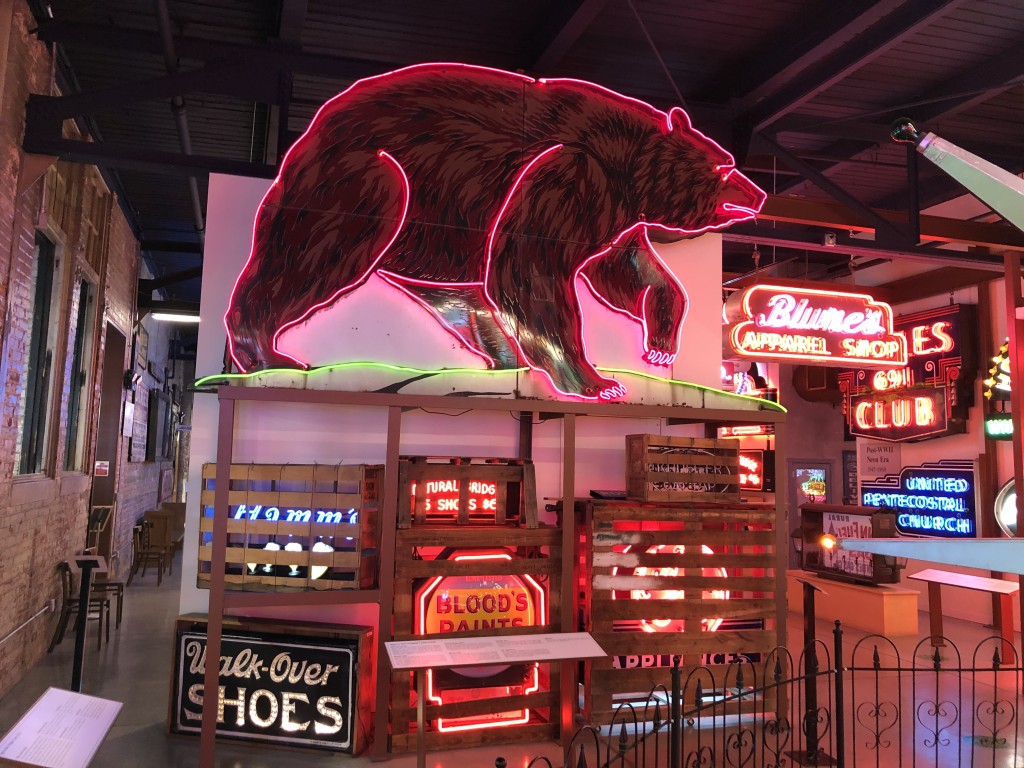 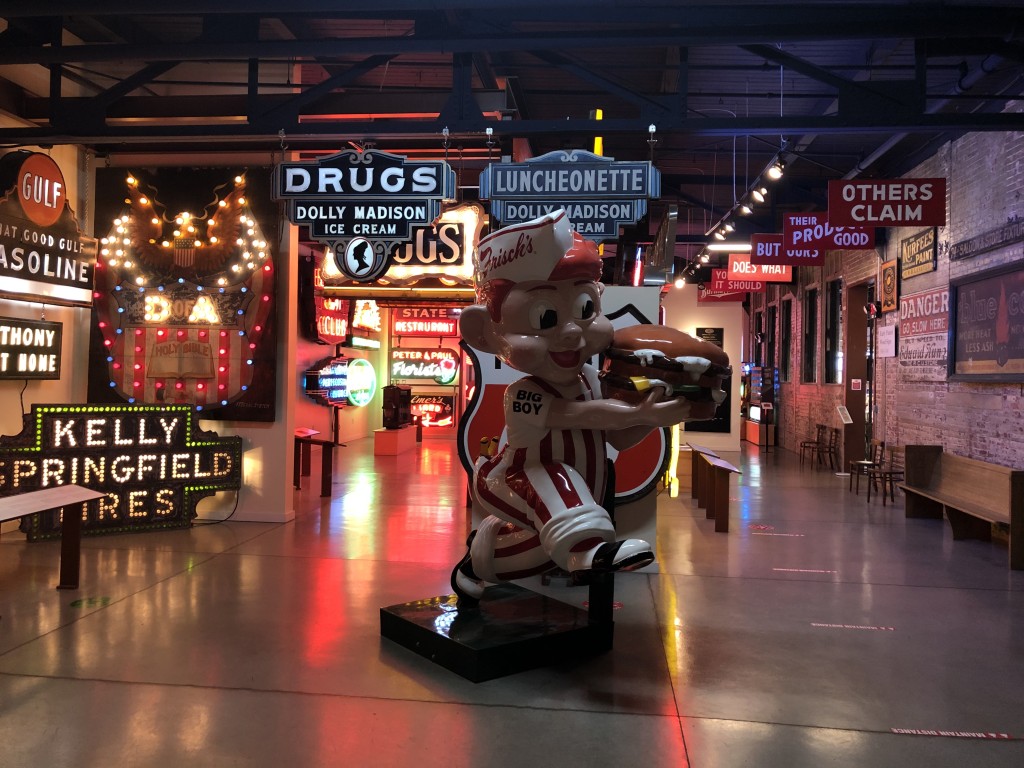 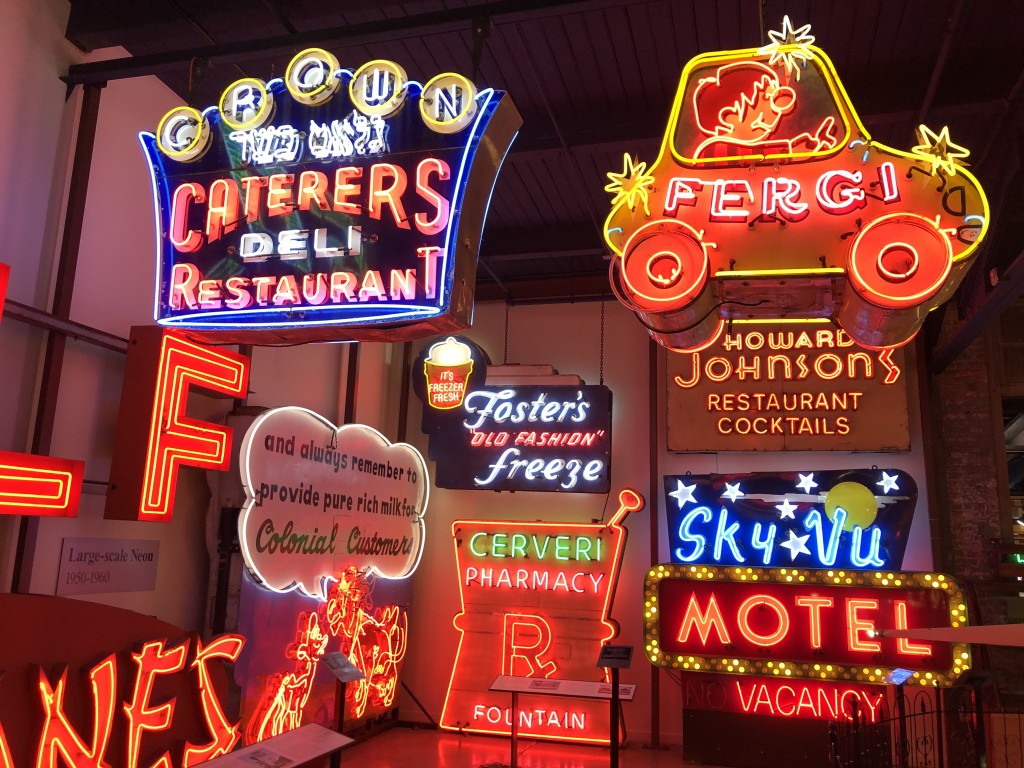 The American Sign Museum is the largest in the US, although the Vegas museum is comparable. There is over 100 years of signage to be seen, as well as the Neonworks of Cincinnati lab, attached to the museum and fully visible, which restores the old relics before they are put on display. Neonworks also creates new signs for commercial and residential use.  Like most museums, there is a small auditorium playing a video on the history of neon signage in America on a loop. 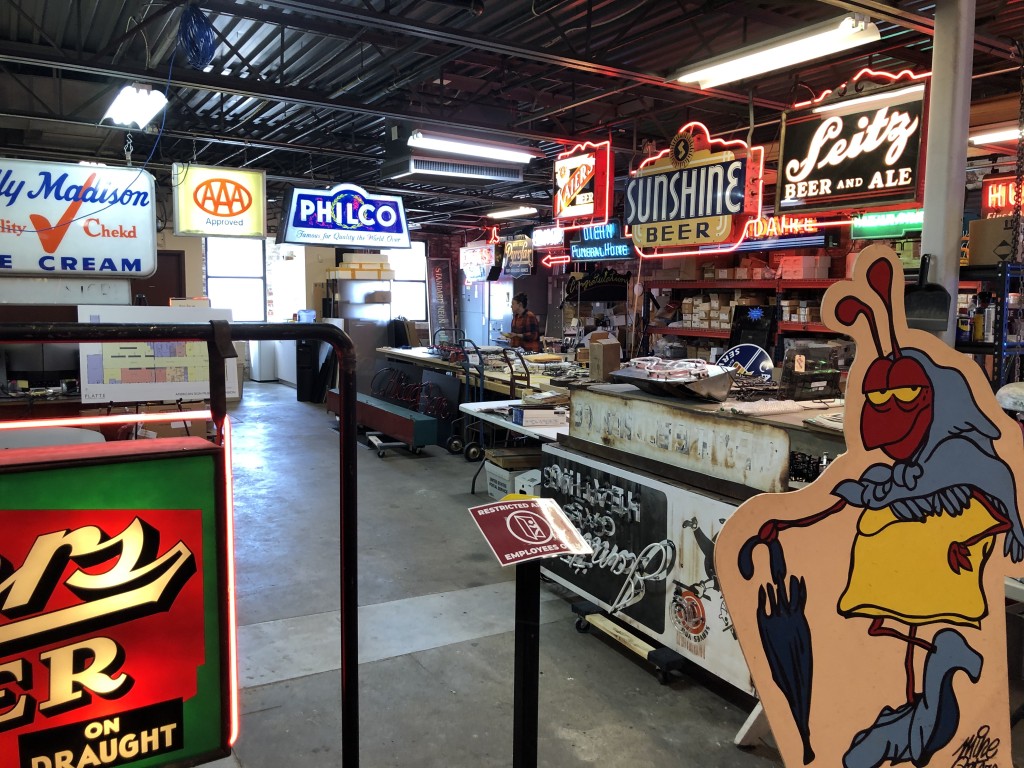 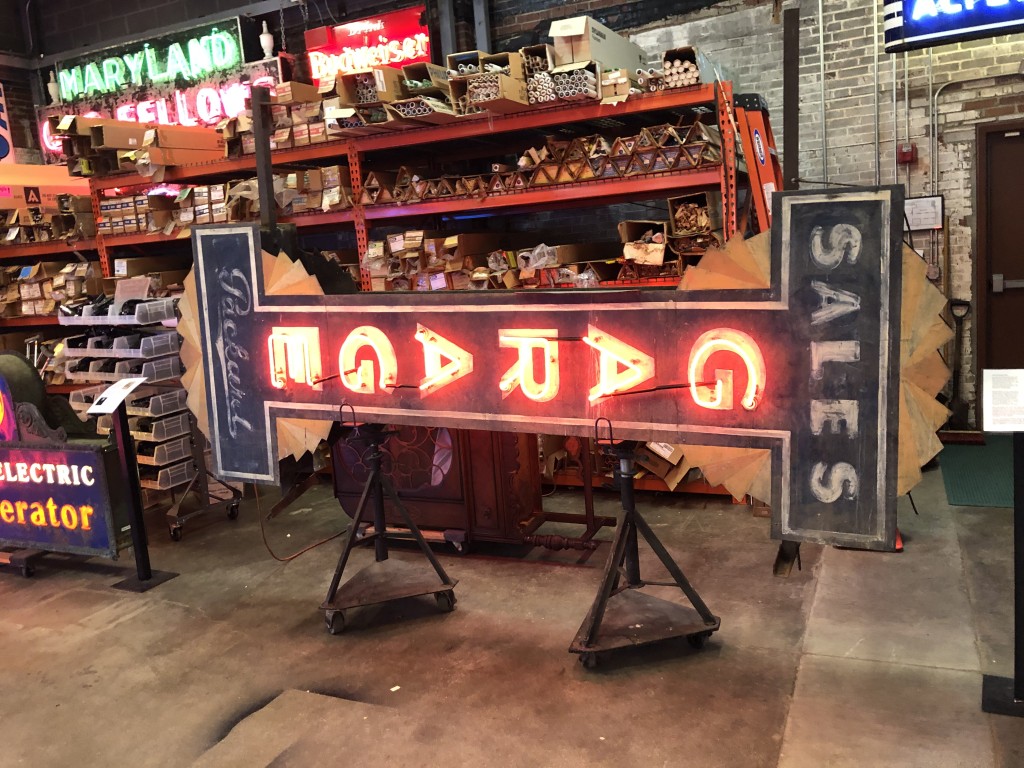 The centerpiece of the Sign Museum is its “Main Street” room, designed to look like the downtown area of Anytown, USA.  Storefront facades line each side and neon hangs above, behind the windows, and all down the center.  The room glows in an orange-ish aura and a constant buzz of the neon can be heard all around.  Iconic signs adorn a barbershop, a clock store, a jewelry store, and more. 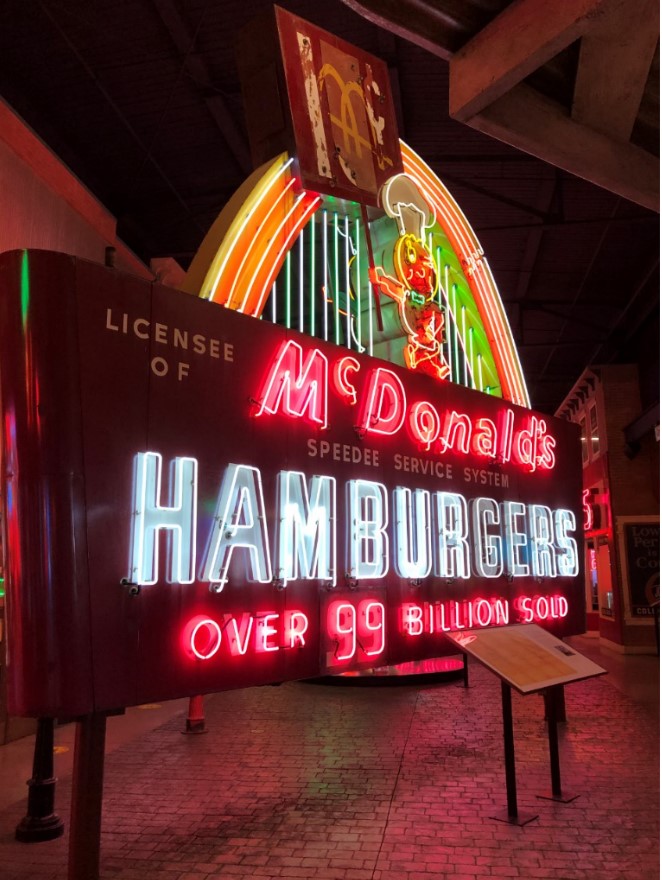 Its history dates back to the late 1990’s, when founder Tod Swormsedt created the museum after 26 years as a staffwriter for Signs of the Times magazine.  In 2005 it was officially dubbed “The American Sign Museum,” and in 2012 it moved to its current home in Uptown Cincinnati inside a 20,000-sq ft former factory.  It’s an amazing walk through history. 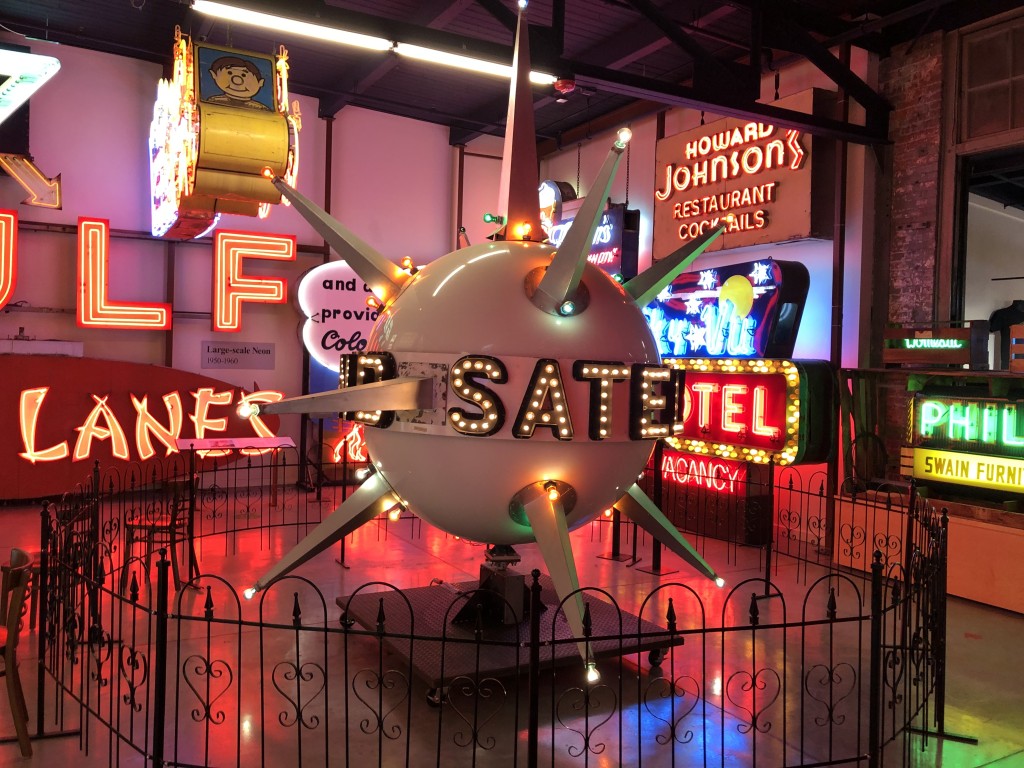 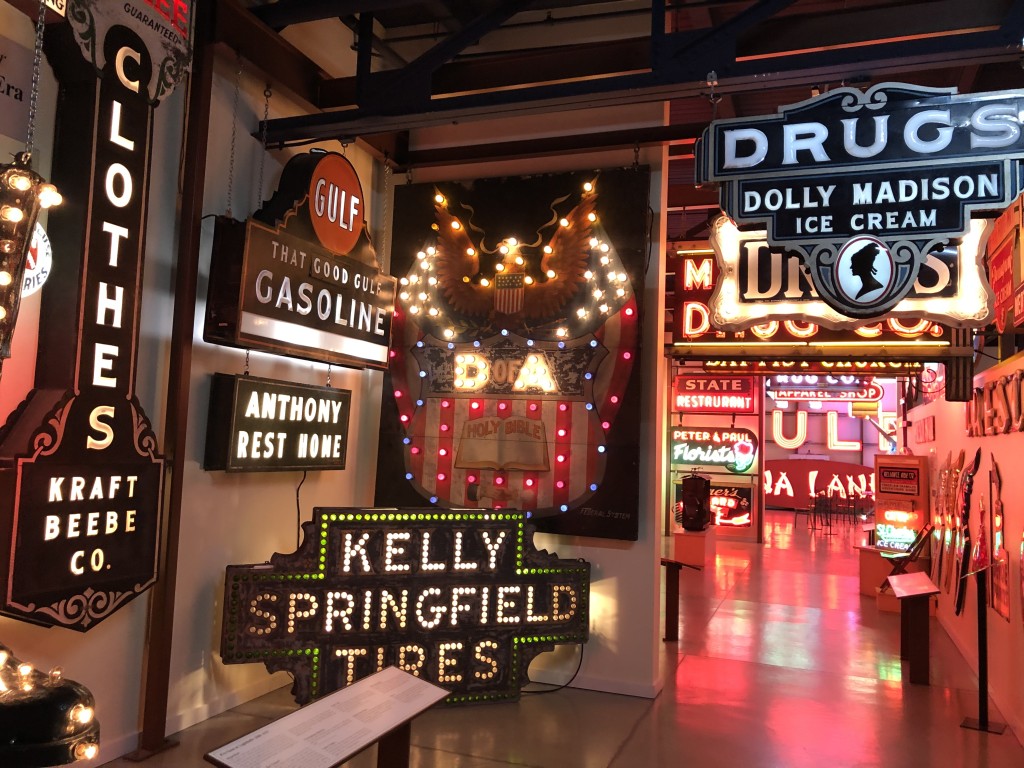 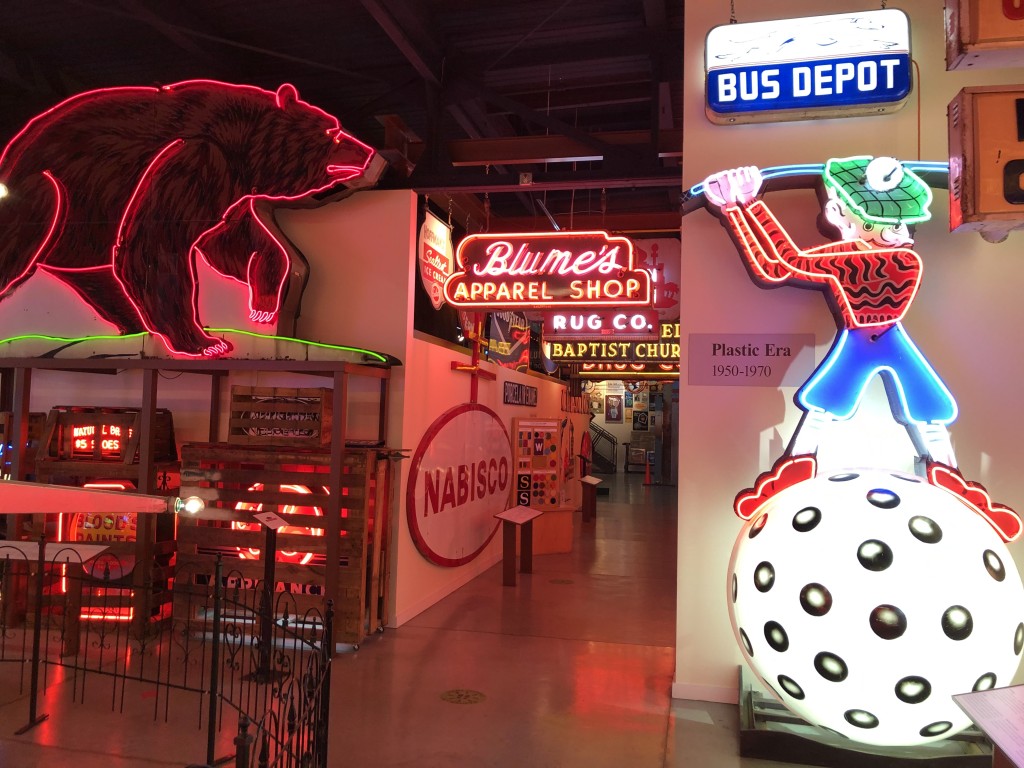 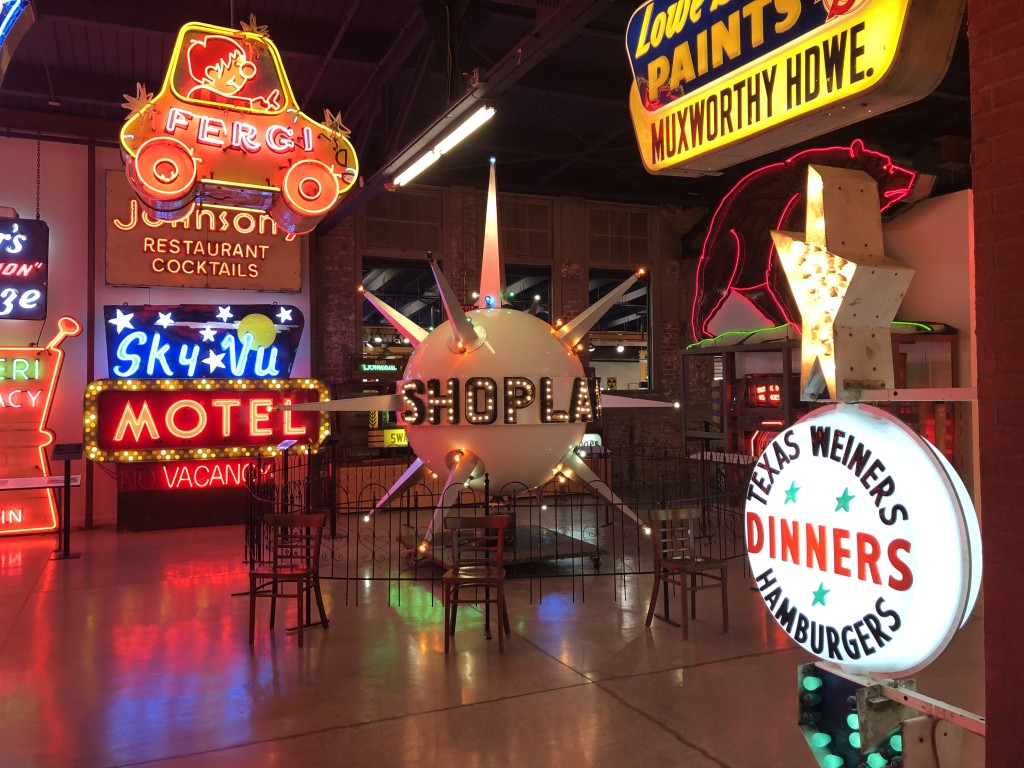 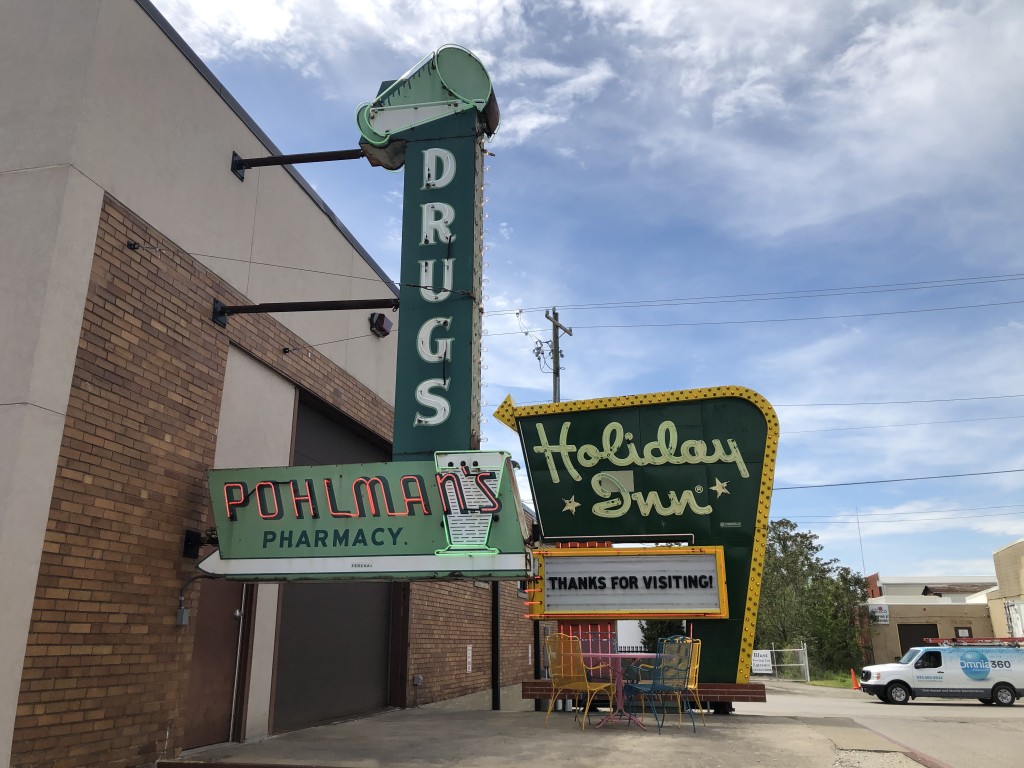 The cost is $15 to take a tour of the Museum.  Cincinnati is a criminally underrated city, with history, architecture, sports, and recreation all around.  The American Sign Museum was a bucket-list item I was excited to be able to check off, and I would go back again in a heartbeat just to gawk at the incredible relics that tell the story of small business advertising in America.

While in the area:  No trip to Cincinnati is complete without a bowl of Cincinnati Chili.  Camp Washington is one of the more iconic locations to grab a bowl, although the franchises Gold Star and Skyline are ubiquitous in the area. Also check out the quirky Mushroom House.