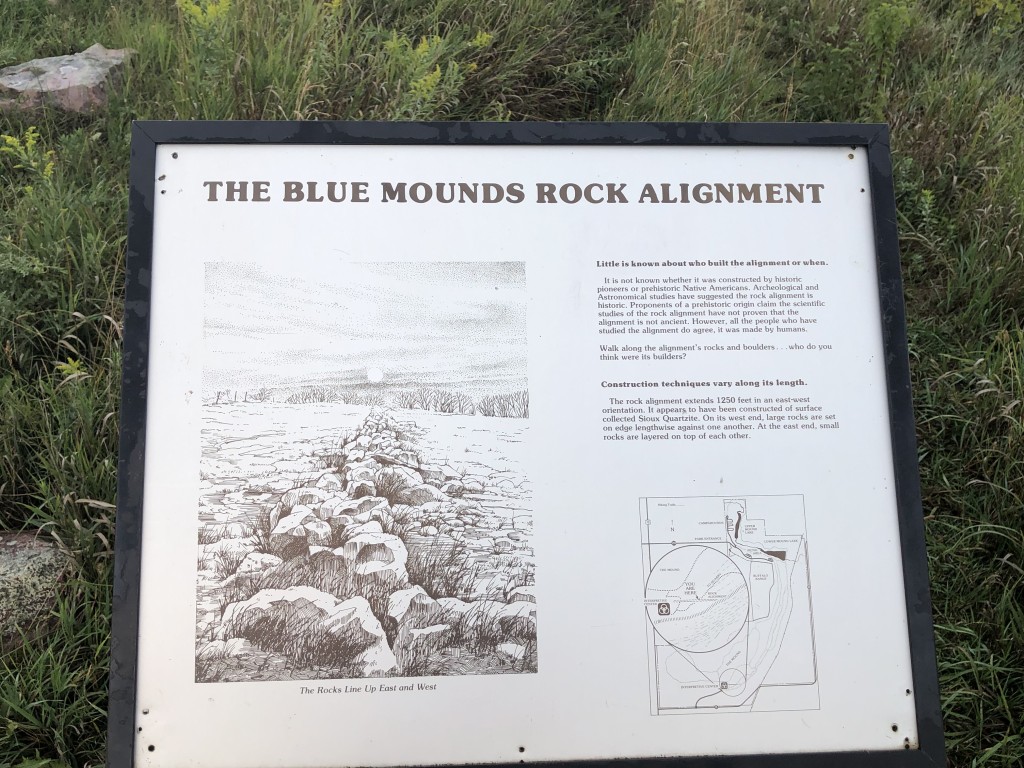 When choosing a new place in Minnesota to explore, it seems that the southwestern corner is always one of the last that people think would be hiding some incredible stuff. By and large, it’s mostly farm country. But tucked away on dirt roads and around hidden corners, there are some fascinating curiosities- like the Blue Mounds Rock Alignment. 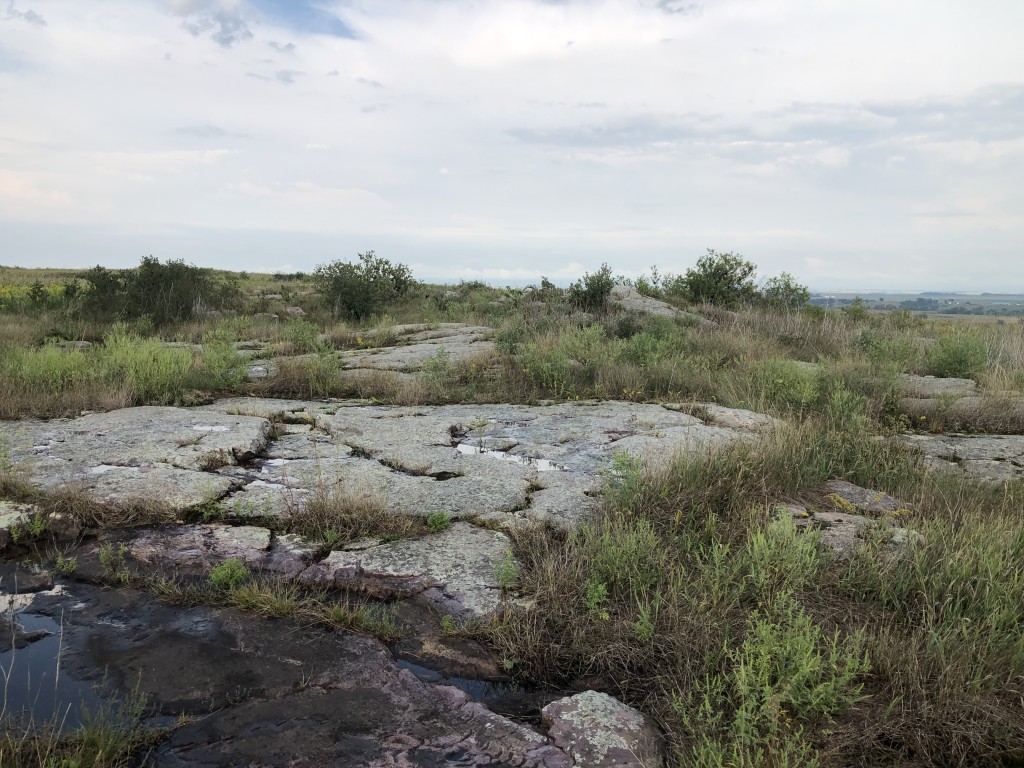 Before we get to the rock alignment itself, it should be noted that Blue Mounds State Park outside of Luverne, just miles from the borders of both Iowa and South Dakota, is easily one of the most overlooked and underrated state parks in Minnesota.  A 100-ft tall rock cliff of Sioux Quartzite rises from the prairie; a herd of buffalo meander in the fields, prickly pear cactus and prairie wildflowers bloom all summer; rock outcrops and glacial erratics litter the open fields, and a waterfall cascade panel built by the WPA in the 1930’s offers respite.  There are tipis to camp in. A historic home built into the rock wall waits on its fate. Turkey vultures soar overhead. And over near the eponymous Blue Mounds cliff, a little-known rock alignment sits. 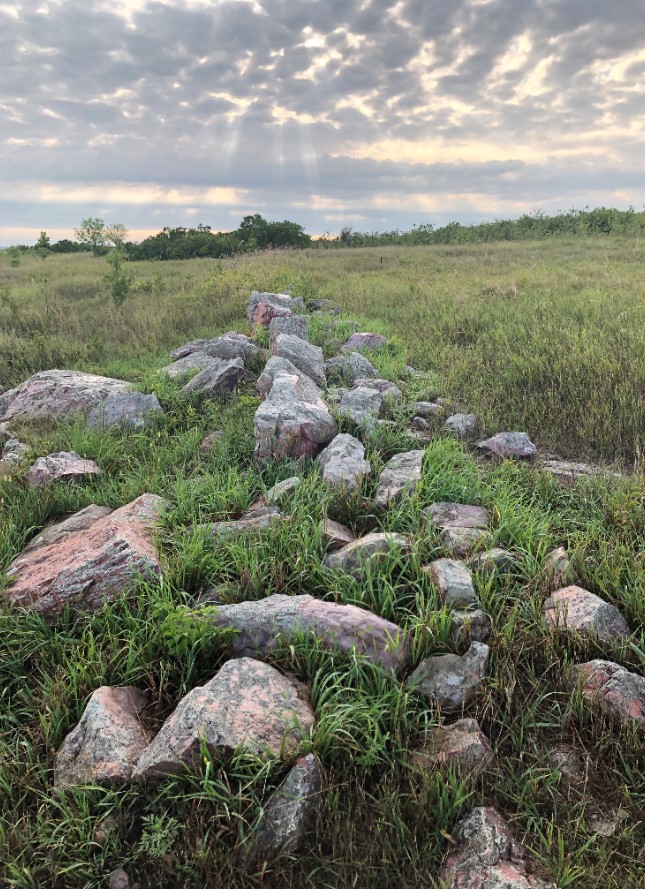 The Blue Mounds Rock Alignment is a 1,250-ft long rock wall, lining up directly east-west and is said to align with the sunrise/sunset each spring and fall equinox. But why? And who made it?  No one truly knows.  The surface-collected rocks range in size from about the size of a bowling ball to small boulders. One the western side, the rocks are set against one another lengthwise; to the east they are stacked in layers. 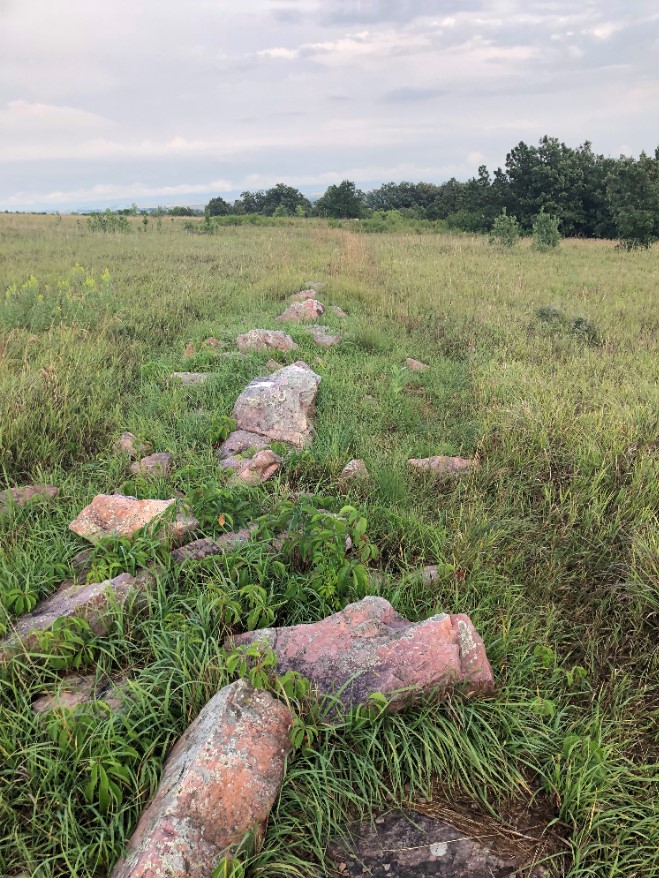 The only universal consensus is that the rocks were put there by humans. Were they early pioneers to mark the turning of the seasons? Was it built by Native Americans for a ceremonial purpose? Did aliens put them there?  Who do you think built then and why? The answer will never be known.  It’s our own version of Stonehenge, and the alignment is barely even noted on the park’s trail map.

While in the area:  In addition to exploring the wonderful Blue Mounds State Park, also check out the historic Pipestone National Monument, the Jeffers Petroglyphs, and the Windmill Man’s Collection in nearby Jasper.  Many nearby towns also feature incredible architecture made from locally-quarried red rock.