For those of you just joining us, we’re back in the metropolitan area of Minneapolis-St Paul to have a look at a small, triangular piece of grass in an unassuming suburban neighborhood.   This plot of land at the intersection of Smith, Dodd, and Bernard Sts. in West St Paul, MN, was recognized by Ripley’s Believe it or Not in 1967 as the World’s Smallest Dedicated Park. 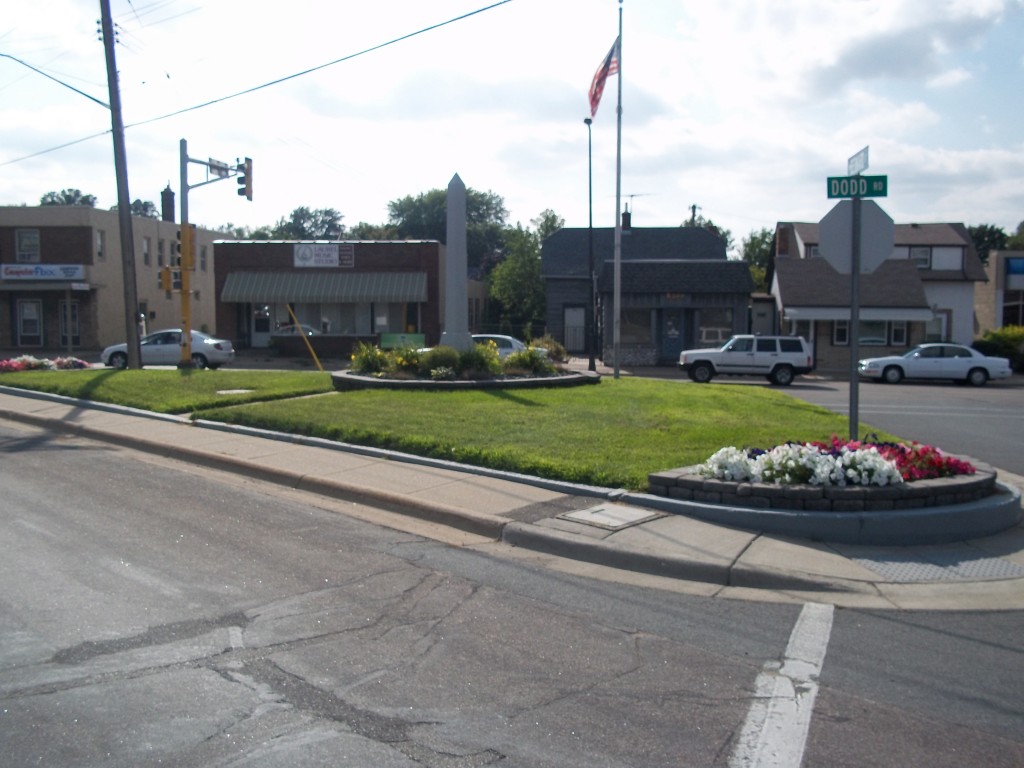 Albert Park, as it is known, was created in 1931 as a memorial for Albert LeFevre, who drowned in the Mississippi on October 25, 1930. About 37 years later, a stone obelisk and a flagpole were put up in the middle as well as a circular shrub arrangement. Flower beds anchor each corner and a sidewalk runs the around the edge. It is accessible from each cross street. I am not sure what qualifies it to be a “park;” in fact I don’t know that you could even play a round of bocce ball here. But hey, I didn’t make the rules. 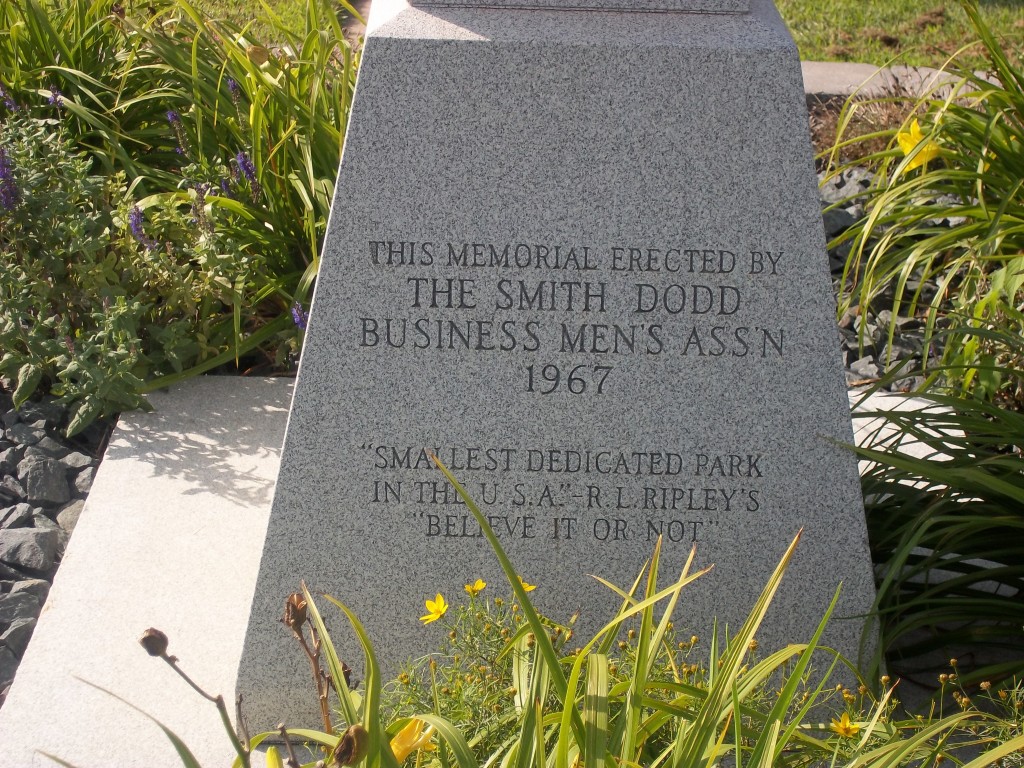 The marble monument in the center of the park vaguely explains the situation and who established it.  The Smith-Dodd Business Association, now defunct, raised money and awareness for these types of projects for nearly half a century here.  There are many of these small parks around the city, but none of them can make a claim like Albert Park can.

There is apparently a park in Oregon that has since taken the title from Albert Park, but it’s clearly more of a joke than anything. A cement slab three feet long isn’t exactly a “park.”  But again, I am not in charge of these things.  So for now, let’s recognize West St Paul’s claim to fame as the one-time World’s Smallest Dedicated Park.  You don’t wanna miss this one folks!

While in the area: Downtown St. Paul is only a few minutes away. The Minnesota Science Museum, the Minnesota History Museum, and the Minnesota Children’s Museum are all located within minutes of each other. Harriet Island is a fun place too, if you are looking for a real “park.”