For those of you just tuning in, this week at Highway Highlights we visit the eastern part of Minnesota to a small town called Mora. Here in Mora, there are two Dala horses; one small and one supersized. The Dalecarlian horse iis a decorative, hand-carved toy for Swedish children back in the days of yore. Now it serves as a symbol of Sweden, much like a nutcracker statuette from Germany. 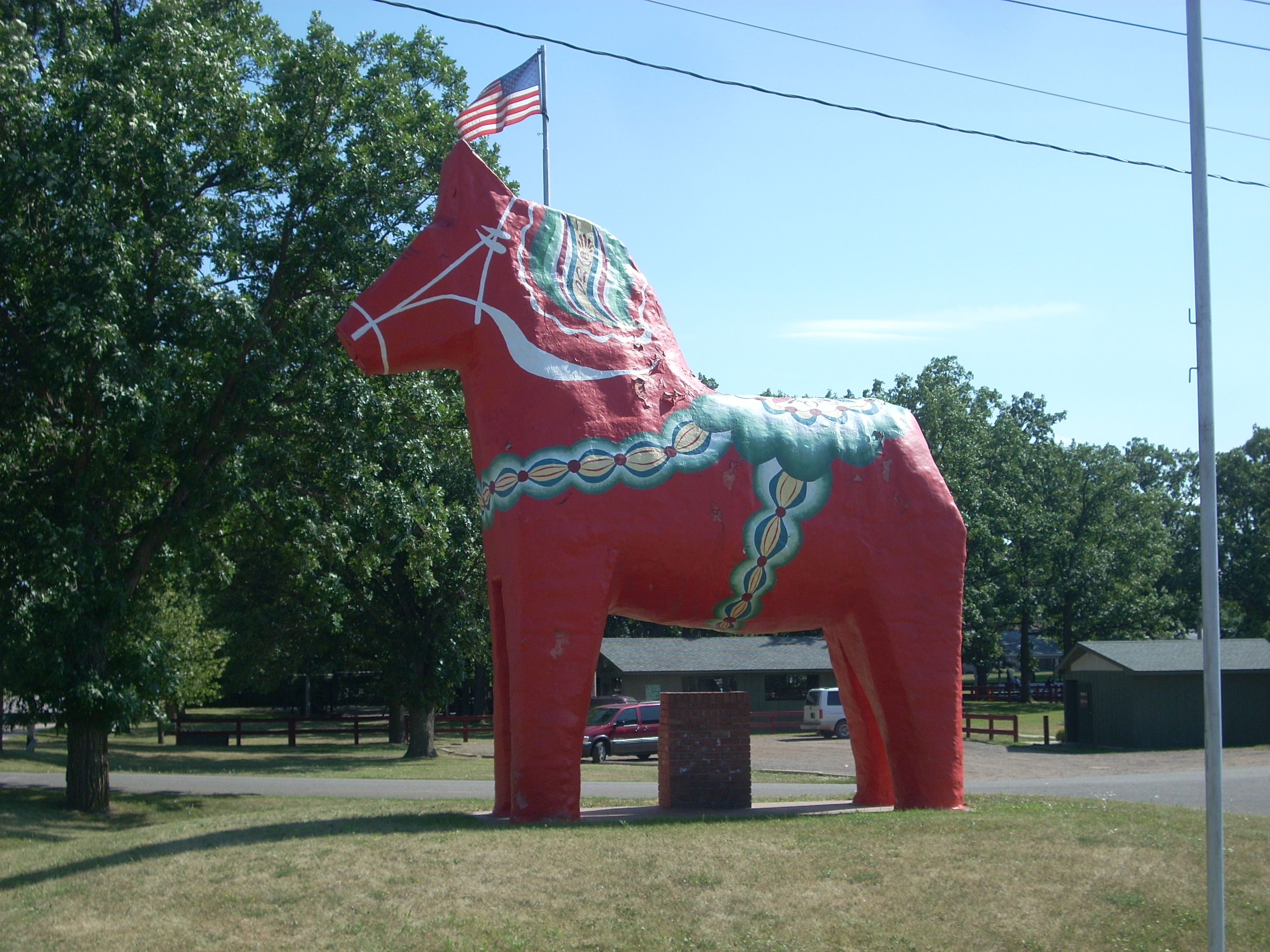 Mora was named after its sister city Mora, Sweden, when it was settled back in 1882 by Swedish immigrants. In 1971, the city erected this statue as a nod to its Swedish roots and as a tourist attraction to bring folks into town. Made of fiberglass and painted bright red, the horse stands 22 ft. tall and weighs in around 3,000 lbs. It was produced by the F.A.S.T. Corporation out of Sparta, WI, and is parked right next to the public swimming pool in the middle of this splendid little town, which features Scandinavian influences on many buildings downtown. 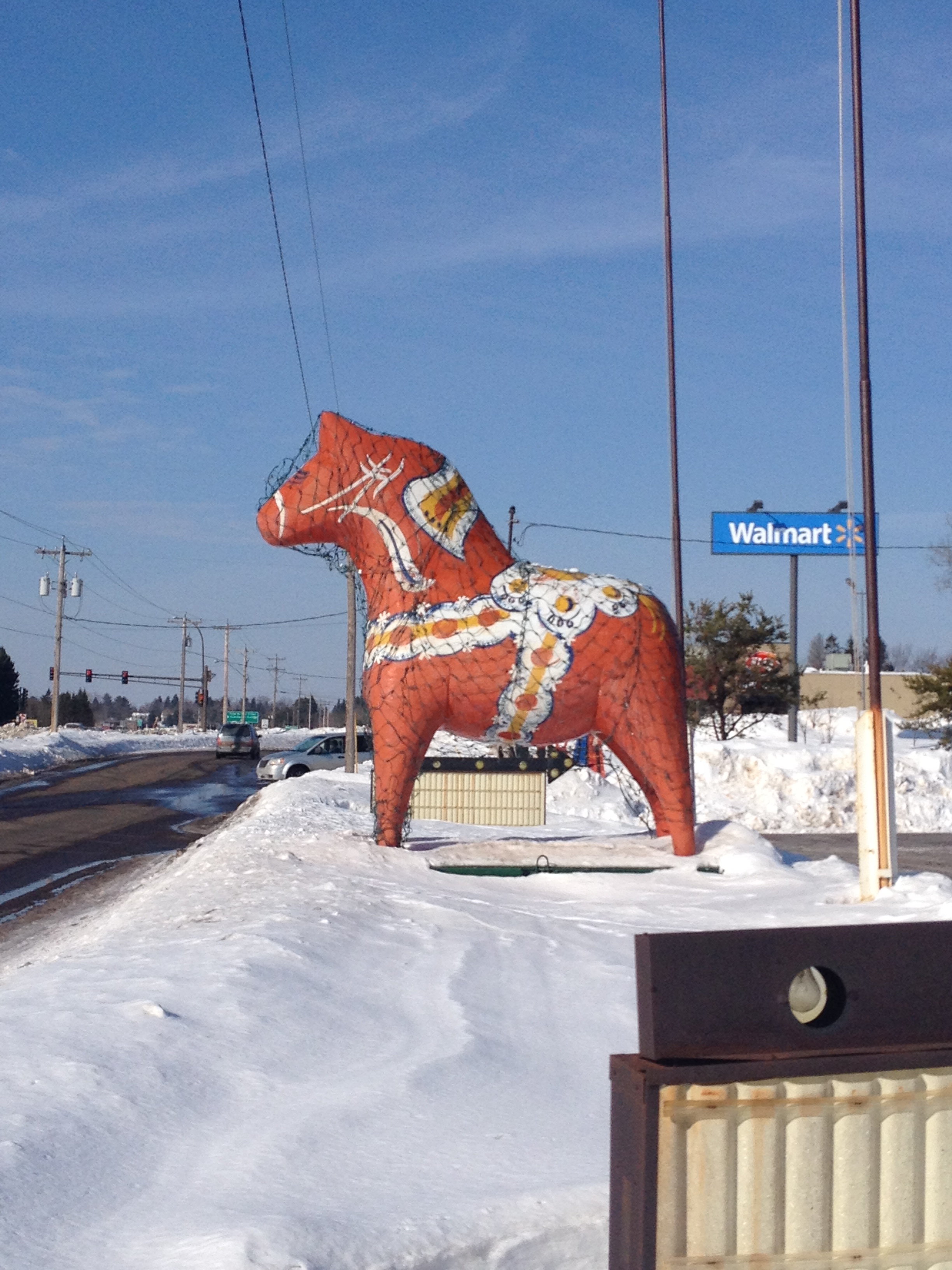 Further north of here in the town of Cloquet, MN,  there is a smaller Dala horse out in front of a strip mall (above), and there is also one out in Minot, ND.  But the biggest of them all is back in the old country, a Dala horse in Avesta, Sweden, which measures in at 45 feet tall.

While in the area:  Mora isn’t too far from the big lake Mille Lacs, and is very close to Hinckley, MN, which has a nice casino as well as the always-interesting Hinckley Fire Museum. Or if you’re in Cloquet, check out the Frank Lloyd Wright-designed gas station and grab a burger at Gordy’s Hi-Hat.