In the spring of 2010, outdoor baseball returned to Minnesota after 28 years of playing in the Metrodome downtown.  And what a return it has been.  Target Field, with naming rights purchased by the Target Corporation of course, is a state-of-the-art outdoor baseball venue on the edge of downtown Minneapolis where the MLB team the Minnesota Twins play.   But where most fans head there enjoy the ambience of watching America’s pastime outside, I found the decor of the place just as great.

Behind the right field, on the Mezzanine level behind gate 34, is Target Plaza.  This is popular entrance point from downtown, and an open area that overlooks the field.  Here is situated the Gold Glove, an oversized baseball mitt, which recognizes all Twins players to win the Gold Glove Award. It’s also basically a requirement to take a picture sitting in it.  On game days, there will usually be a line to do. 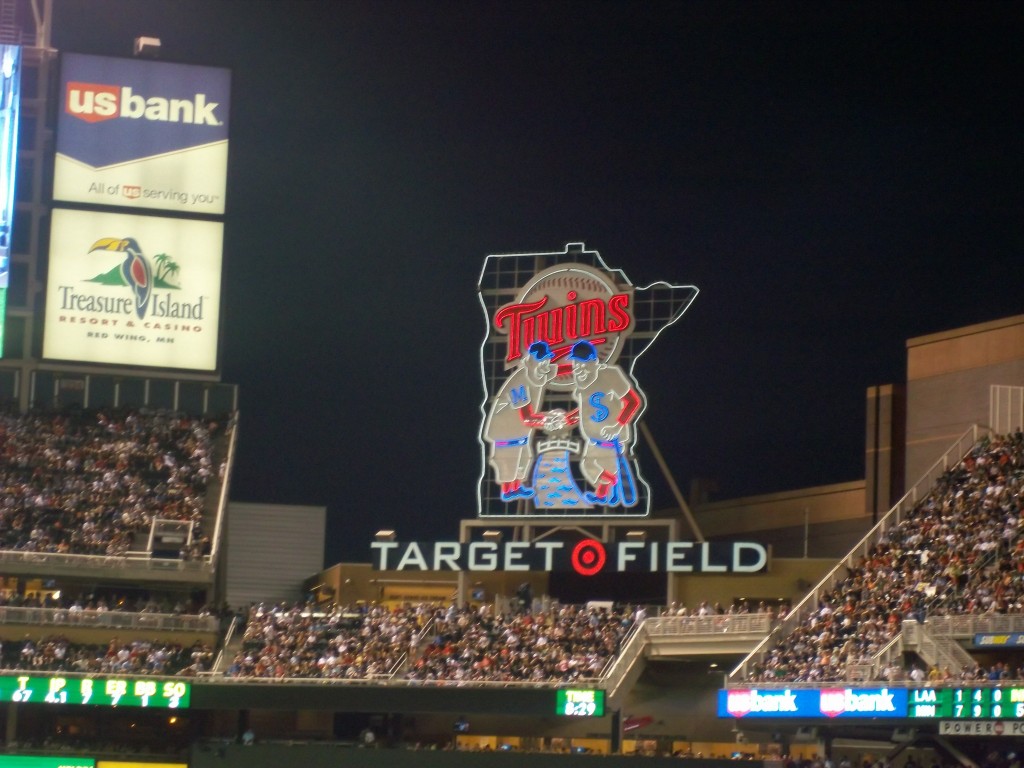 Above the center field wall is a giant version of the Twin’s original logo of “Minnie and Paul.” It shows two players wearing the uniforms of the two minor-league teams that played in the Twin Cities before the Twins were officially a team. Minnie and Paul represent the Minneapolis Millers and St. Paul Saints (who are still an active team), shaking hands across the Mississippi River. The sign lights up at various high points during the game such as a home run, and simulates the handshake. 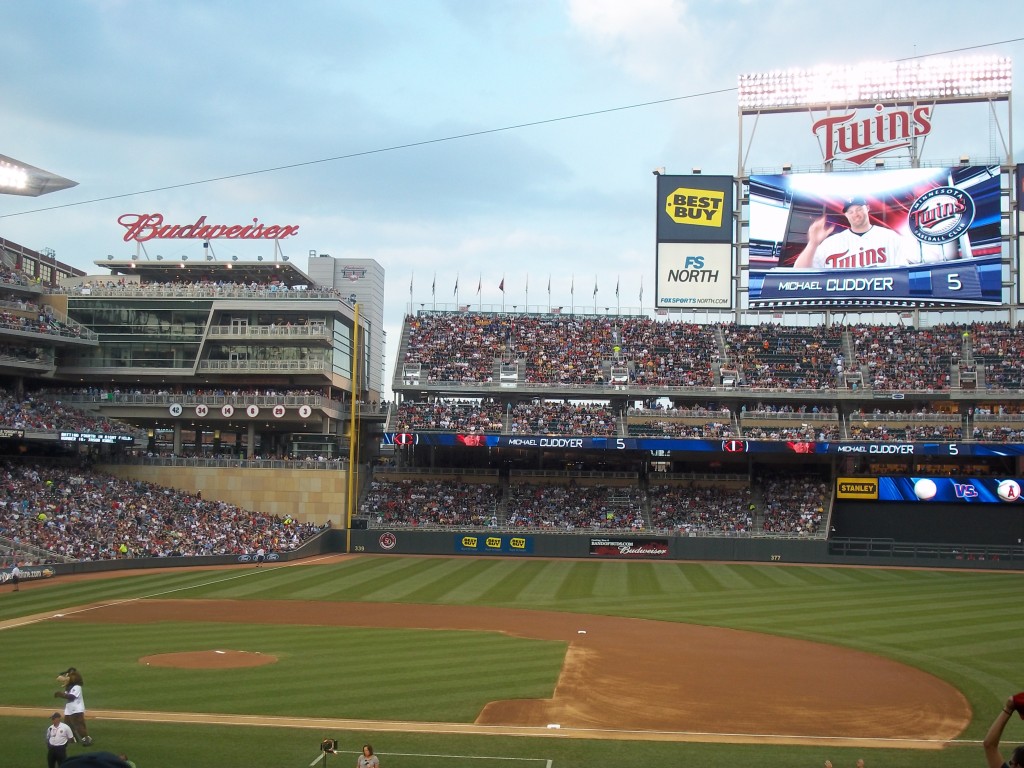 People wondered how outdoor baseball in Minnesota would handle cold weather in early April for its opener.  Recently they got to find out when it was 32 degrees F on April 1st, 2013 for the coldest home opener in MN history. I guess I just don’t love baseball enough to put myself through that, although football I would have had no problem with.

Target Field is a new rite of passage in Minnesota.  Much like walking across the Headwaters of the Mississippi River or the State Fair.  Even non-sports fans will find the experience of a summertime home game at Target Field a delight.  Get there.

While in the area:  Minneapolis.