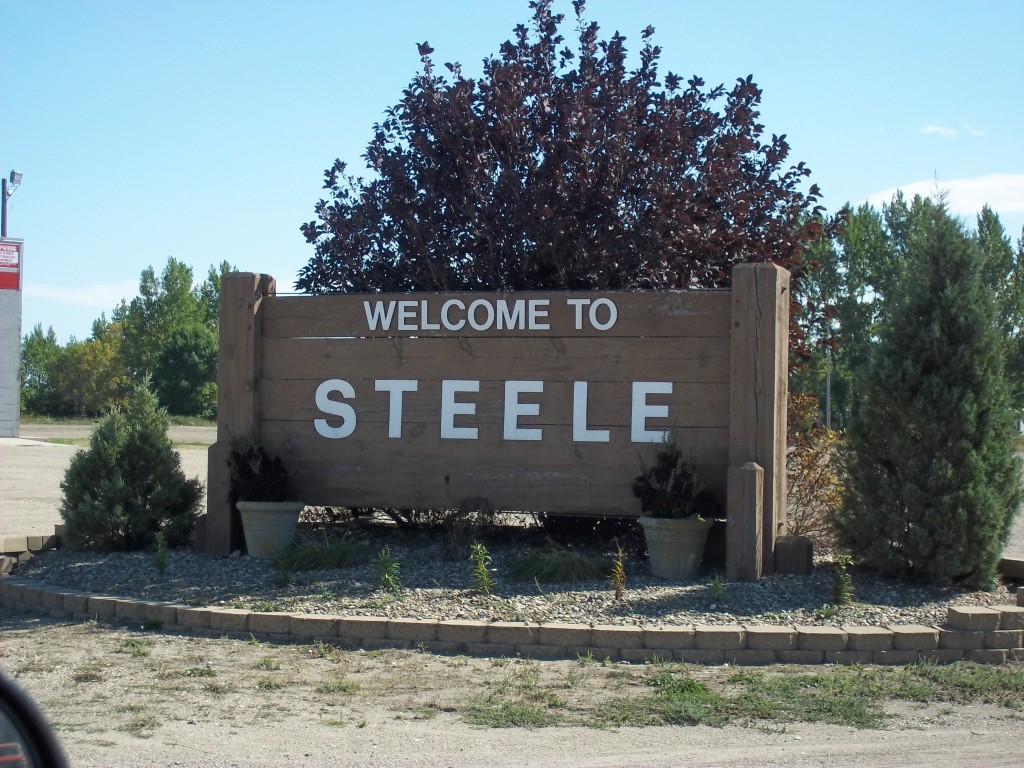 A sleepy little interstate town, Steele, ND marks something of the halfway point between Jamestown and Bismarck on Interstate 94.  It’s population is about 700, and is a good stop on your way through for fuel or refreshments. It’s also the home of the World’s Largest Sandhill Crane. 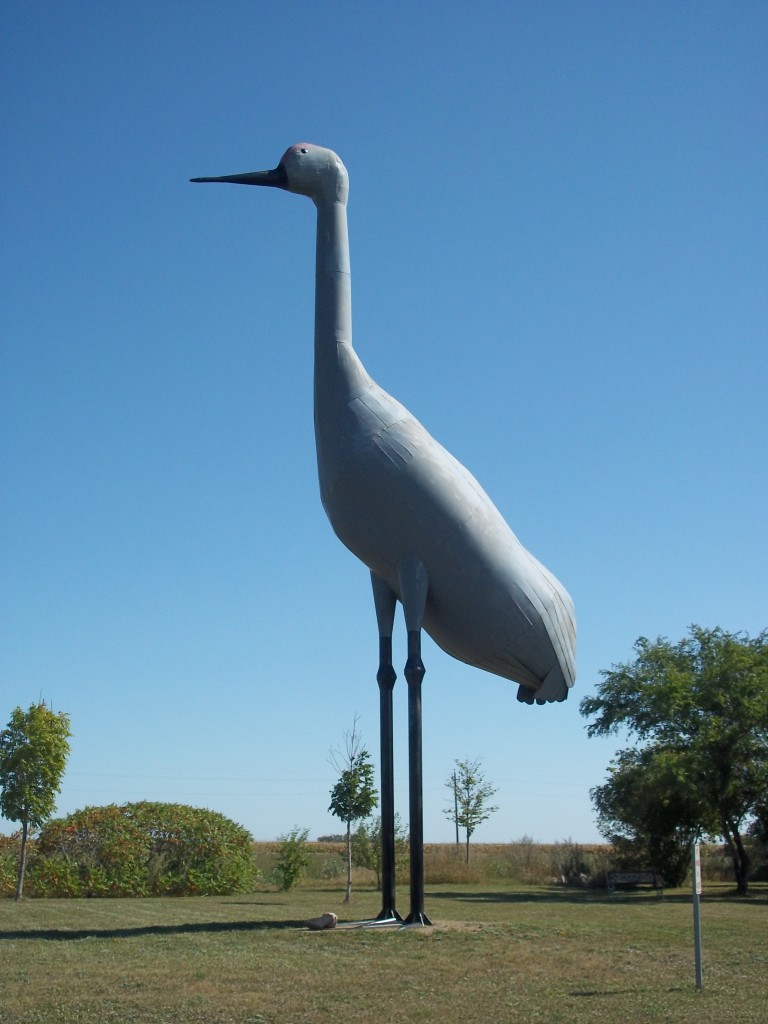 Known as “Sandy,” the crane stands here on in town easily visible from the interstate. The crane was made by James Miller, a self-taught ironworker and welder in nearby Arena, ND in 1998.  He came up with the concept, used a framework of steel for the inner structure, and sheetmetal for the outside. The legs were created using pipes. He assembled the big bird at his shop, and it was hauled in full to Steele on a flatbed, where it has stood ever since. 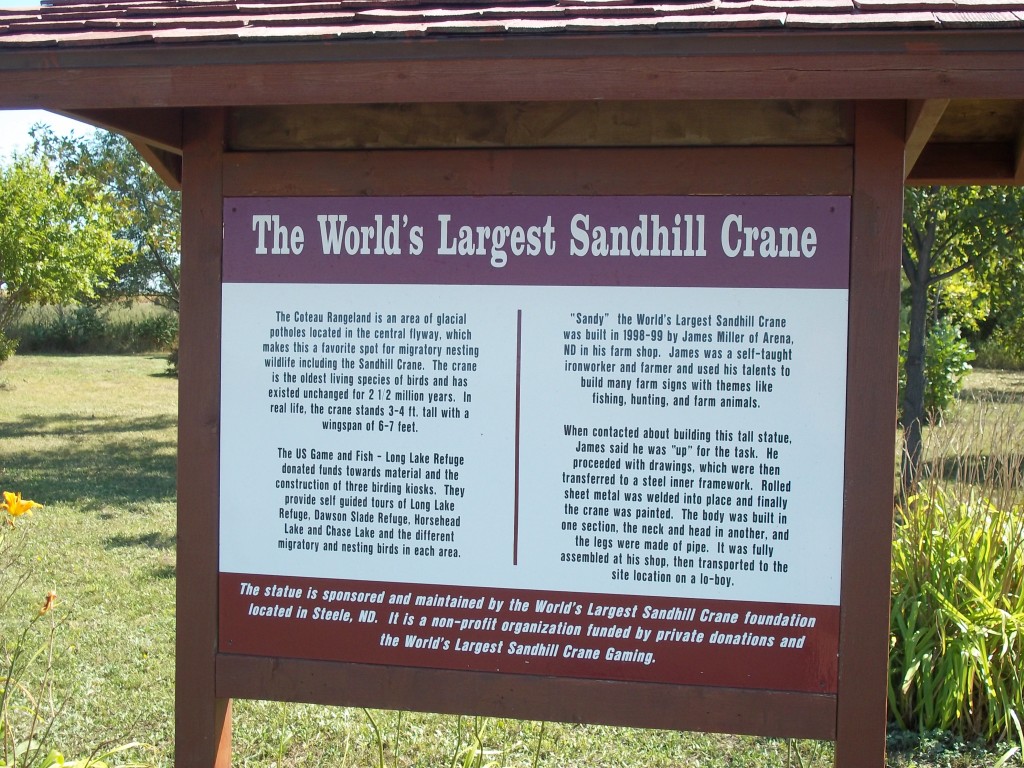 Sandhill cranes are huge birds, standing about 4 feet tall and have a wingspan of around 6 feet.  They are a migratory bird that commonly stop in the upper midwest in the spring and fall. Known for their loud calls done in unison, they are usually best viewed in wetland areas like marshes or bogs. The crane is the oldest existing bird in the world, and has existed unchanged for 2.5 million years, according to the informational kiosk. 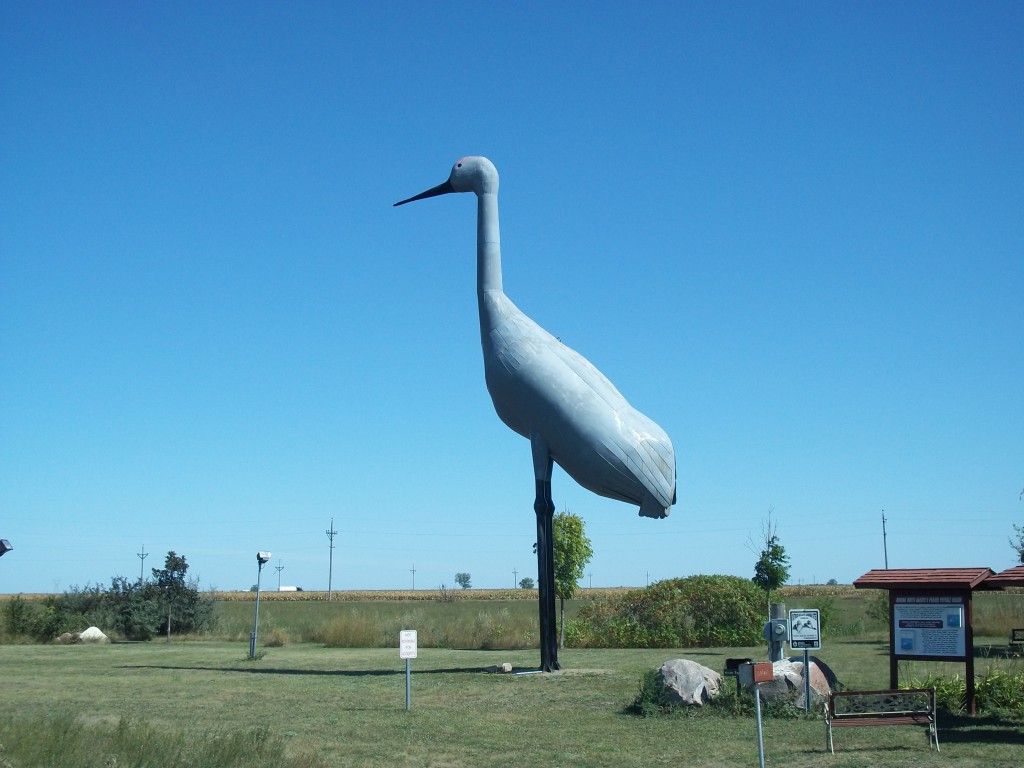 Sandy stands about 40 feet tall and makes a good addition to North Dakota’s giant attractions along I-94, such as Jamestown’s Buffalo or New Salem Sue.

While in the area: Steele also features the Steele County Historical Museum, and the capital city of Bismarck is just down the road.