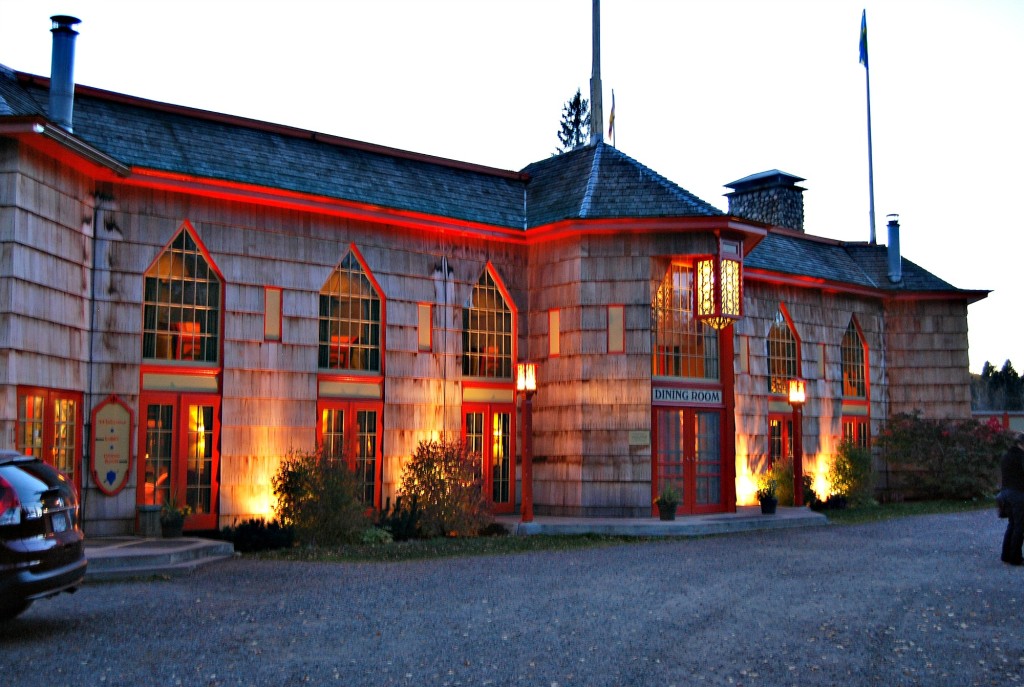 The Naniboujou Lodge on Minnesota’s North Shore outside of Grand Marais, MN, has just as an interesting backstory as it does decor and architecture.  Located in an absolutely beautiful setting on Lake Superior, the storied history of the Naniboujou dates back to the Jazz Age of the 1920’s. The dazzling interior, especially in the iconic Dining Room, still maintains that original and unique feel.

Plans were grand for the Naniboujou upon its inception.  Named for an ancient Indian spirit of the woods, this was to be an exclusive North Shore getaway for the rich and famous, with memberships extending to Babe Ruth to boxer Jack Dempsey to famed New York journalist Ring Lardner.  The original concept included a golf course, swimming pool, tennis courts, a marina, a 150–room resort, and a hunting lodge. The first phase, a 24-room lodge with dining room officially opened in 1929, and even Minnesota’s governor at the time, Theodore Christianson, was on hand to celebrate the opening.  Unfortunately, the infamous Stock Market Crash of 1929 that October spelled disaster.

By 1930, the Club was facing major financial struggles and opened up membership to the general public.  By 1935, the Naniboujou faced foreclosure. Four years later in 1939, the Club was purchased by a national hotel chain. Much of the land originally intended for the Naniboujou Club was acquired by the state and later became Judge Magney State Park. Over the years it changed hands several times, including ownership by the Campus Church, a nondenominational Christian Church from the University of Minnesota. Two of the church’s members, Tim and Nancy Ramey, later purchased the Lodge in the 1980’s and continue to run it to this day. 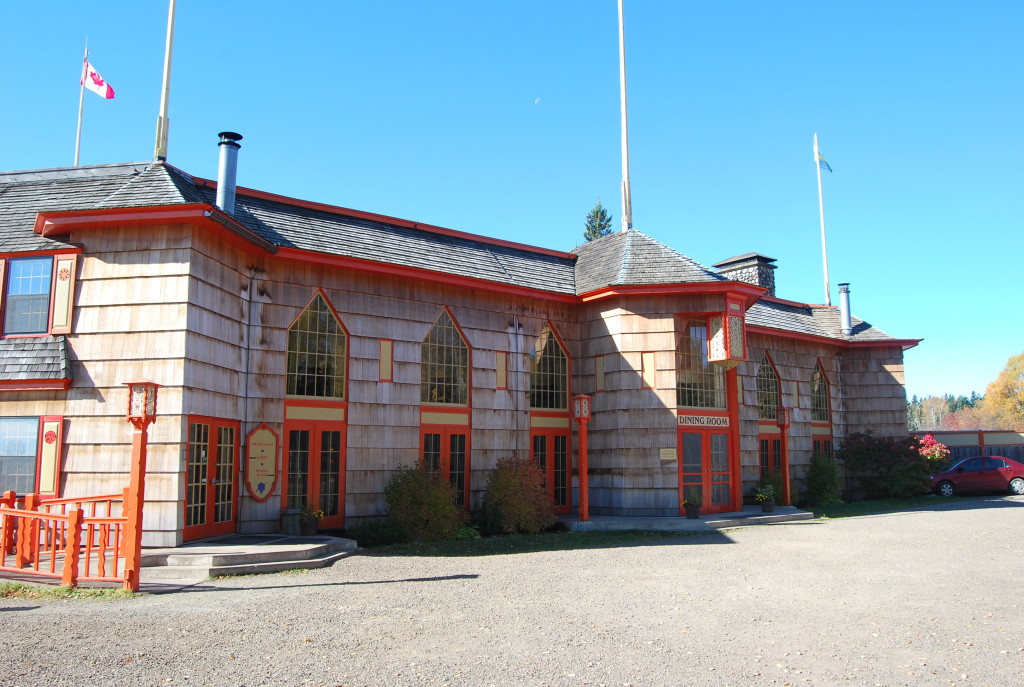 The exterior of the lodge features cedar shakes and pointed dormers, with french doors lining both sides of the lodge.  But the hallmark of the Naniboujou is without question, the elegant and stunning 30 x 80-ft Dining Room, designed with Art Deco and Cree Indian influences by the French artist Antoine Gouffee.  The room is anchored by a 20-ft tall stone fireplace, said to be the largest in the state.  The room has not changed since it was created, nor have the walls ever been washed in order to preserve the visual masterpiece. 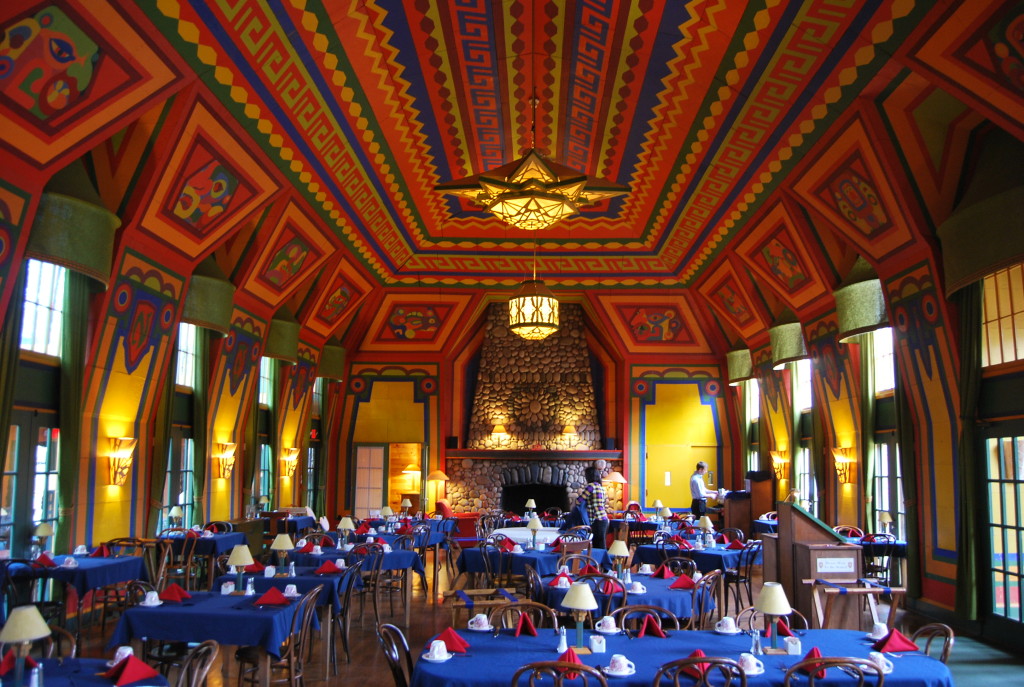 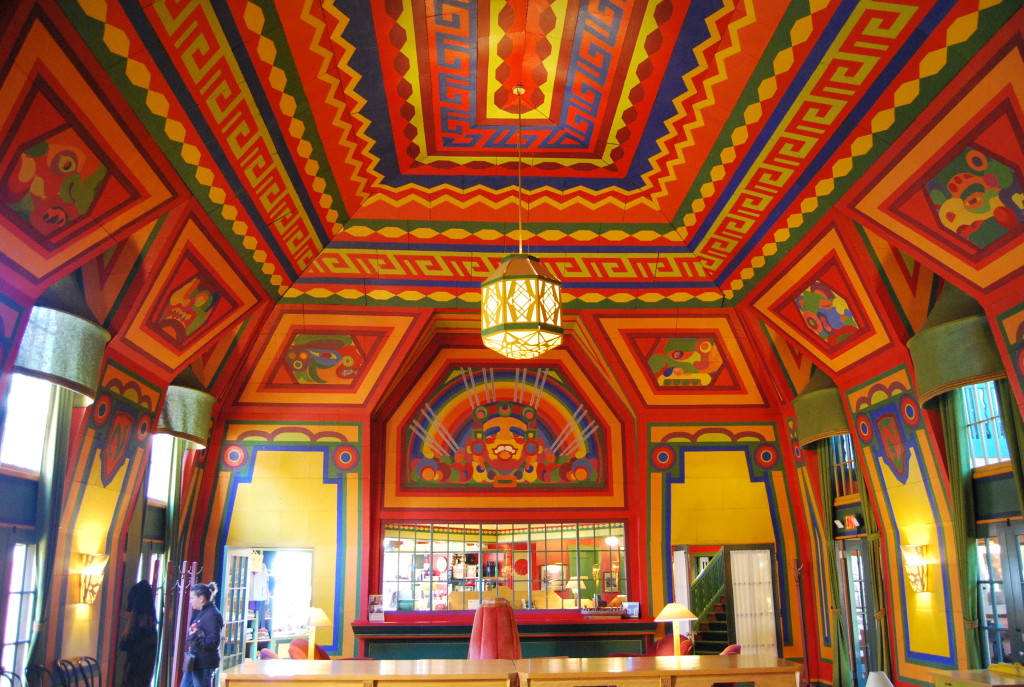 Walking into the Naniboujou is like stepping back in time.  The place smells of candles and incense and spices, making it feel more like a homey B&B than a resort. There are no TVs or phones in the rooms, and several of the rooms contain wood-burning fireplaces.  The Lodge has a large, windowed solarium where afternoon tea takes place, as well as a large second-story deck outside overlooking Superior. The lawn features plenty of green space,  leading up to a beautiful beach on Lake Superior.  The whole place has a warm feel to it, and many quiet, peaceful spaces to relax with a book and some coffee while forgetting about the modern world. 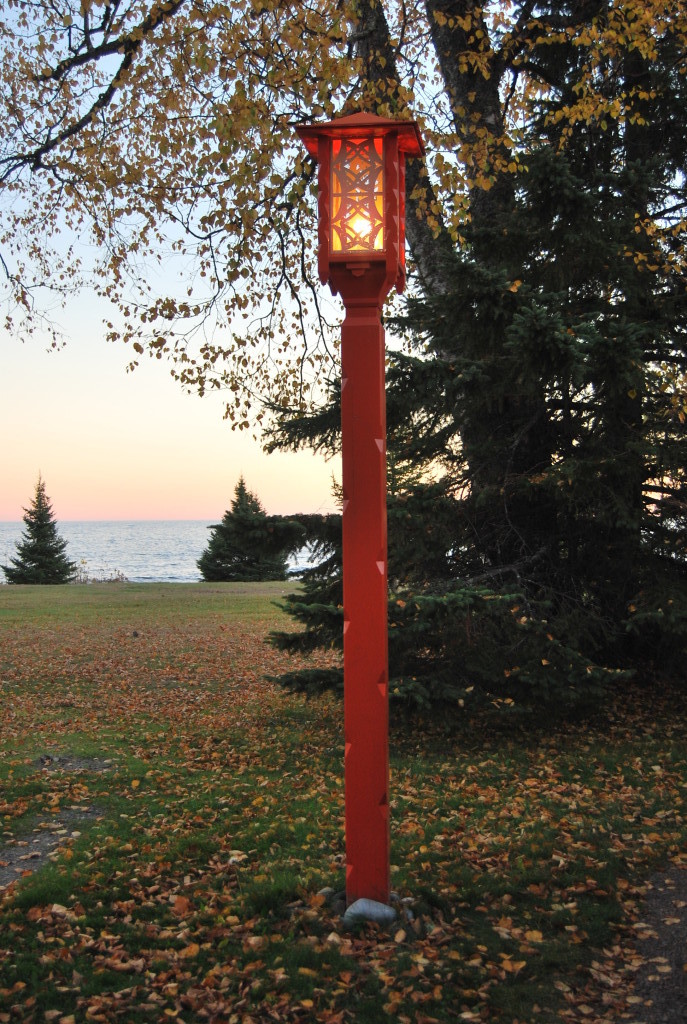 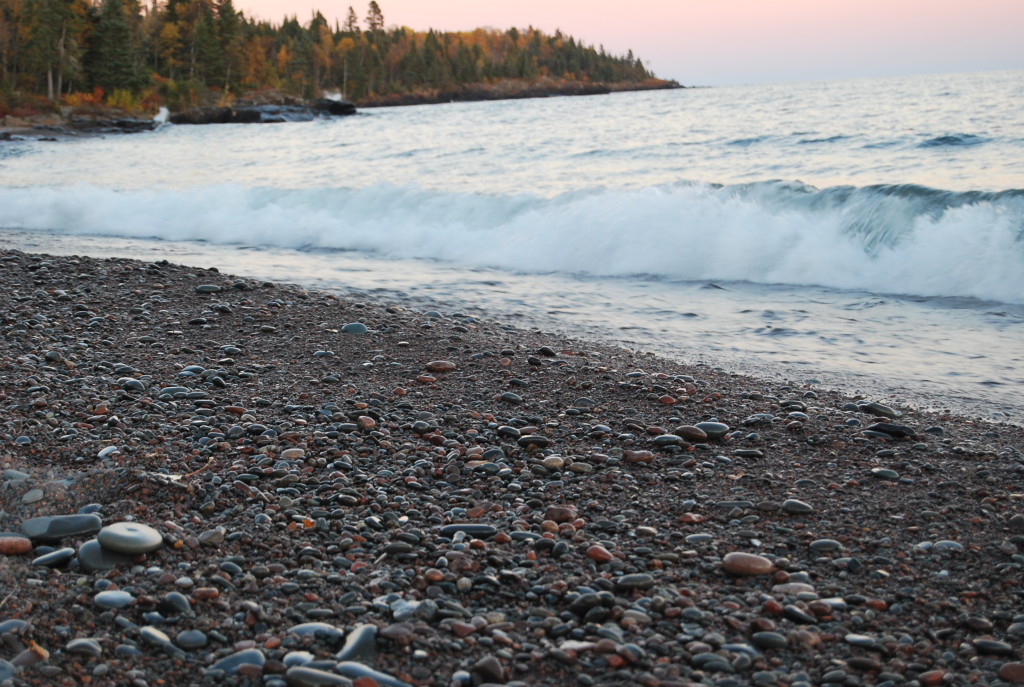 While in the area:  The Naniboujou is right across the street from the mysterious Devil’s Kettle of Judge Magney State Park, and the touristy Grand Marais and scenic Gunflint Trail  are only minutes away.